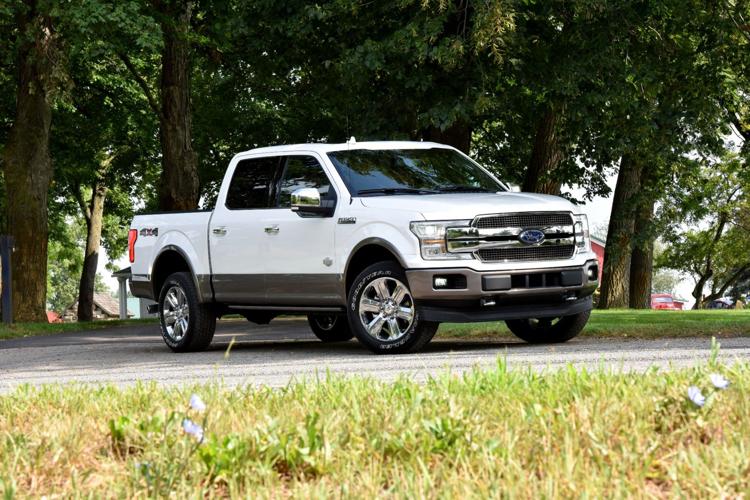 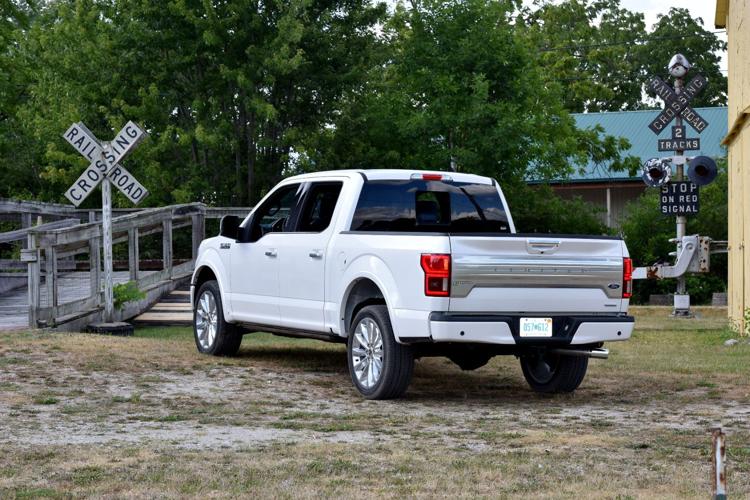 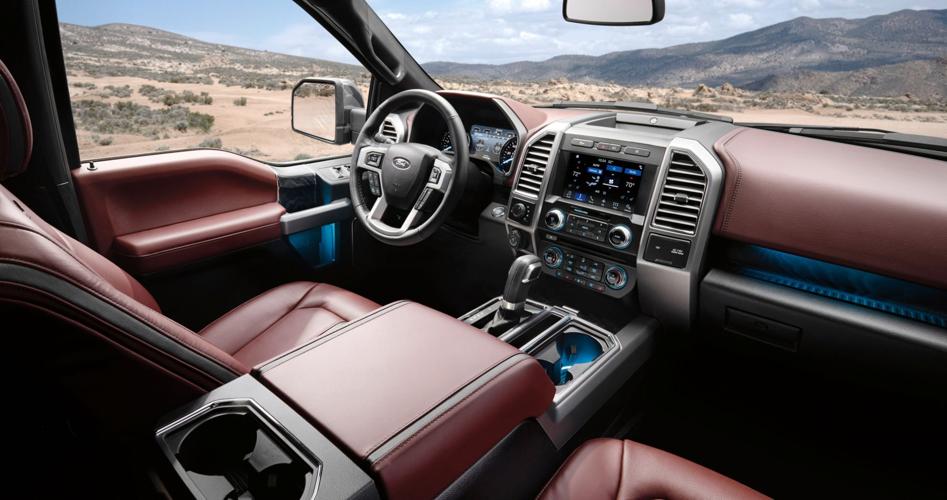 We were beginning to think Ford was only kiddin'!

Earlier this month, Ford announced an all-new 3.0-liter Power Stroke diesel V-6 will become available this spring in F-150. When it arrives, that engine, Ford promises, will produce 250 hp, 440 lb.-ft. of torque, 11,400 pounds of towing muscle, 2,020 pounds of payload capacity and an impressive EPA fuel-economy rating of 30 mpg on the highway.

Alas, we haven't yet sampled this new diesel, which brings the total number of engine choices in F-150 to six, but we did recently spend some quality time with F-150's 5.0-liter V-8.

Regarding styling, our Platinum F-150 gave a hero-worship nod to its heavy duty Super Duty brethren via a new twin-bar grille. Other haberdashery alterations for 2018 include updated exterior lighting and a redrawn tailgate.

Intriguingly, this V-8 also boasts auto engine shutoff for enhanced mpg. We figure this big motor must be less startled on restart than a typical four-cylinder so equipped because this eight-pack's kick-back-on demeanor is the most serene we've noted.

Also notable is the multi-speed gear box, which had the V-8 turning a relaxed 1,600 rpm at 70 mph. And, admirably, that 10-speed at a moment's notice willingly kicks down as many as five gear cogs in an instant when more velocity is required. Once or twice at low speed, when the throttle was released and then quickly re-engaged, we noted slight gear dithering, but 99 percent of the time this transmission was smoother than a cocktail-lounge gigolo.

Other power perks in our 4WD F-150 included selectable drive modes of Manual, Normal, Snow/Wet, Tow/Haul, Eco and Sport, while the 4WD transfer case, in addition to the expected 2H, 4H and 4L choices, also boasted an all-wheel drive "4A" selection.

And did we mention our truck could pretty much park itself at the push of a button? A truck! Remarkable.

F-Series has been America's best-selling truck for 40 years, and best-selling vehicle -- car or truck -- for 35. After driving the 2018, we bet Ford will get to keep on bragging.

(specs specific to truck we drove)

What to Do if Your Car Is Stolen

If you suspect your car has been stolen, you’re likely in disbelief and wondering what to do next. First, try not to panic. You may have simply forgotten where you…

Can parenting be data driven? Experts say, 'it depends'

Can parenting be data driven? Experts say, 'it depends'

Are you dealing with post-pandemic cooking burnout?

Are you dealing with post-pandemic cooking burnout?