A sharp rise in delinquencies in an otherwise strong economy suggests that some lenders are letting consumers purchase more car than they can afford. 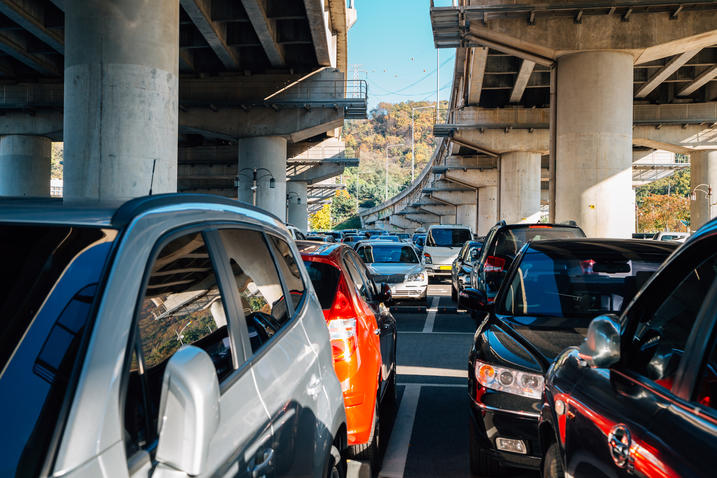 A record number of Americans are taking out car loans. That’s according to the latest New York Fed Quarterly Report on Household Debt and Credit, which shows that since 2012, auto loan balances in the U.S. have skyrocketed, hitting a record high of $1.3 trillion in Q1 2018. Unlike mortgage balances, which have grown slowly since the recession, auto loan balances have increased 67 percent over the last six years, far outpacing the 16 percent increase in total debt over the same time period.

Today, auto loan debt makes up 9.3% of total household debt (up from 6.7% in 2012), and more people have car loans than mortgages—a recent trend that can, in part, be explained by differences in borrowing requirements across the two loan types. While subprime mortgage originations dropped and have remained low since the recession, auto loan originations across the spectrum of credit risk have grown. 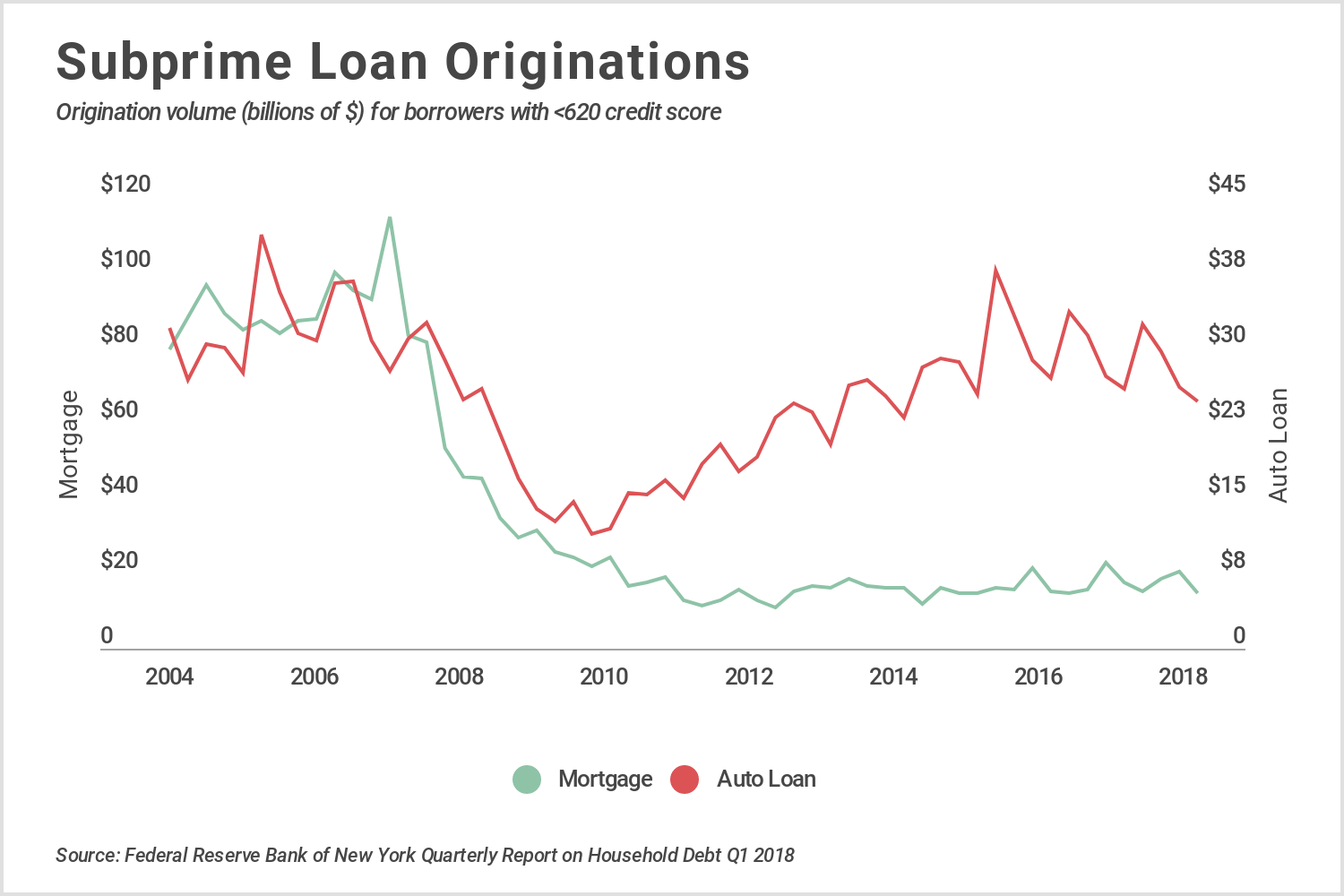 Relaxed borrowing requirements have correlated with rising auto loan delinquencies. In Q1 2018, the percent of total auto loan balances 90+ days delinquent continued its three year upward trend, reaching 4.26 percent, a rate that experts believe actually understates the severity of the problem. While delinquency rates for loans originated by banks and credit unions have been steadily improving since the recession, those for loans originated by auto finance companies—particularly among subprime borrowers (below 620 credit score)—have increased sharply. 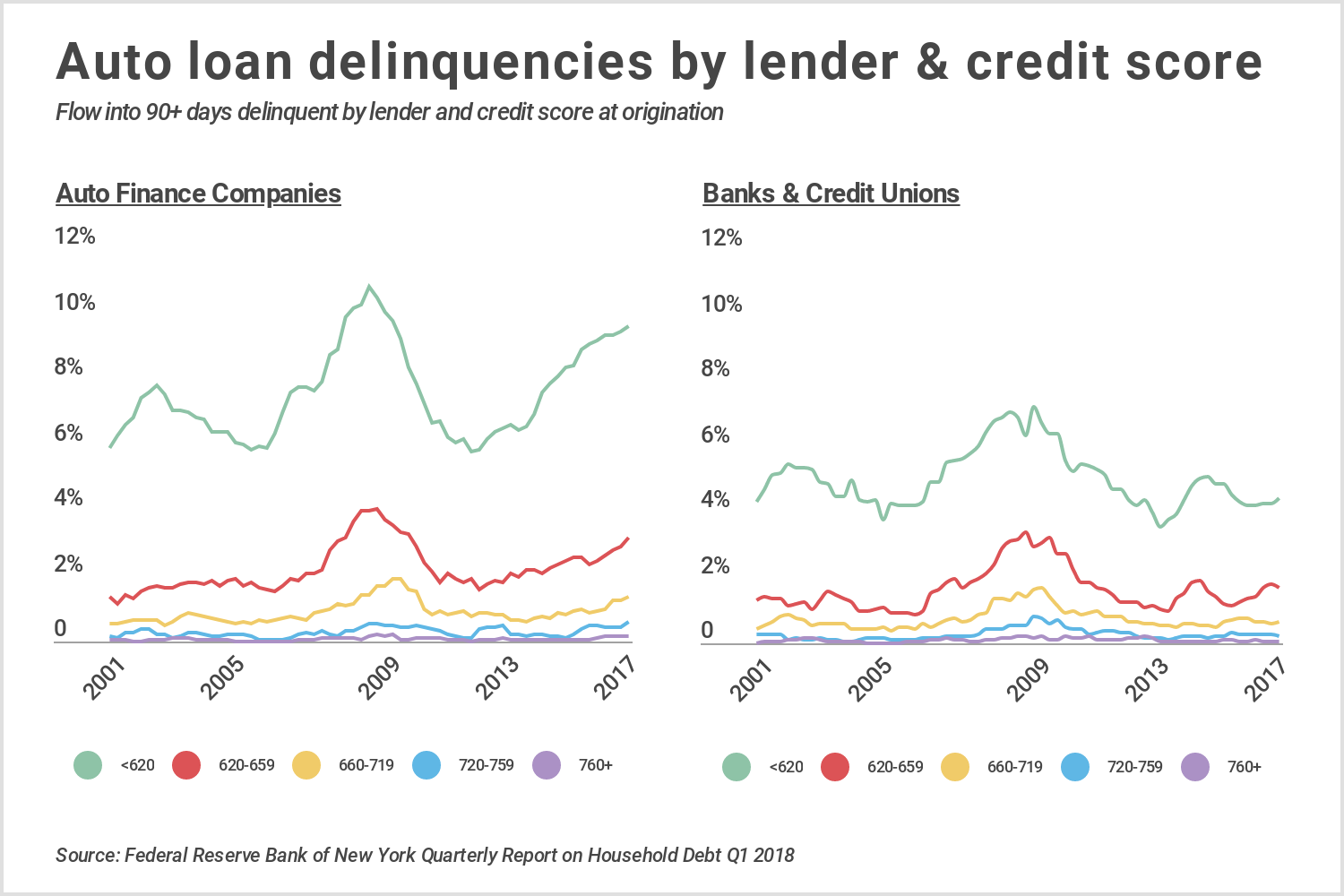 This sharp rise in delinquencies in an otherwise strong economy suggests that some lenders are letting consumers purchase more car than they can afford, which later puts them in a position of financial distress. Especially when it comes to car loans, a default can put the borrower in a vicious cycle that is difficult to recover from. Apart from the immediate impact that a default has on a person’s credit score, not having access to a vehicle can reduce earnings, which ultimately affects the ability to pay off other outstanding debt.

Despite rising auto loan debt nationally, not every state shows the same trend. To see which states have been most impacted, credit management platform Credit Sesame analyzed the most recent New York Fed data. Its researchers found the following:

Here are the top 20 states with the most auto loan debt: 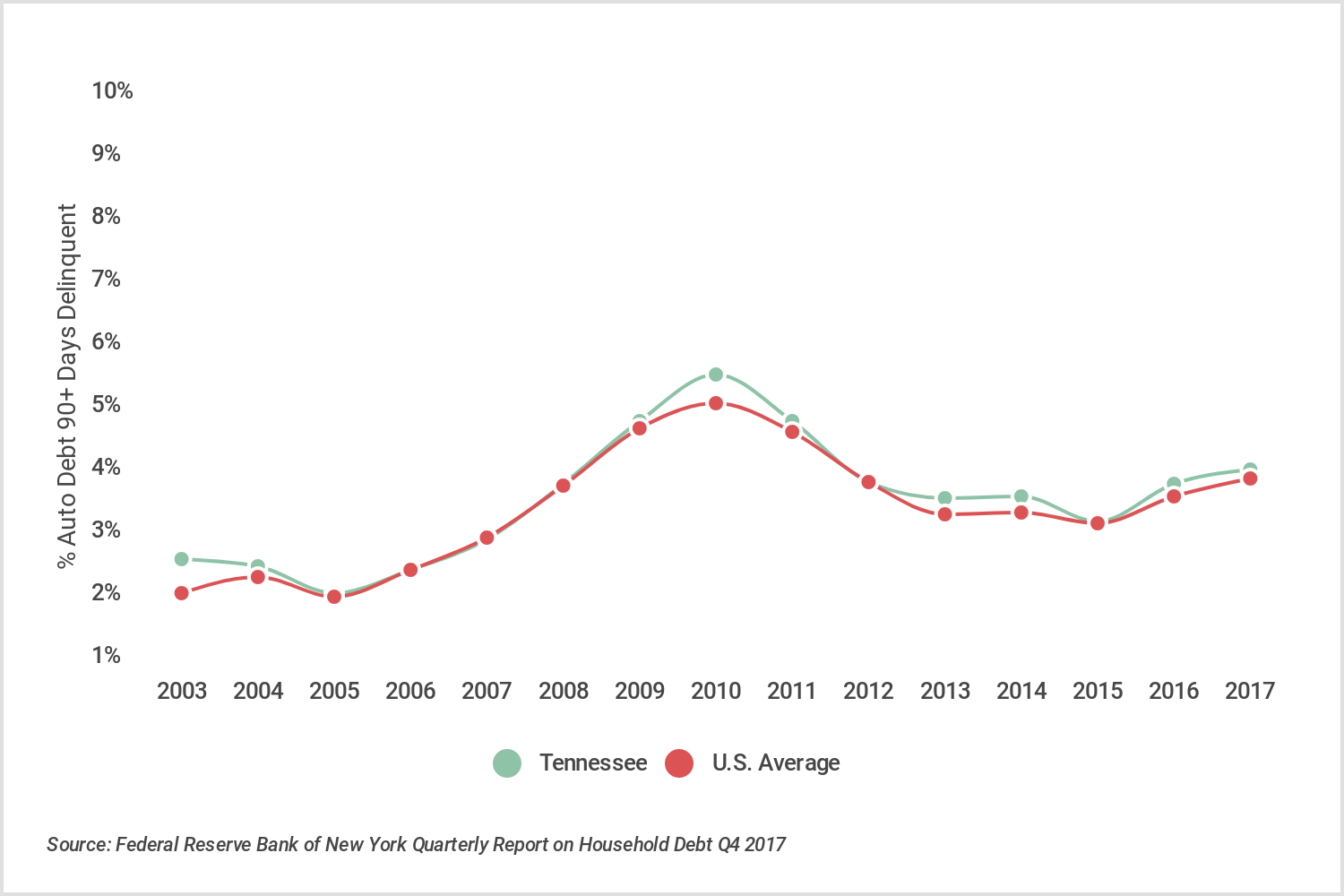 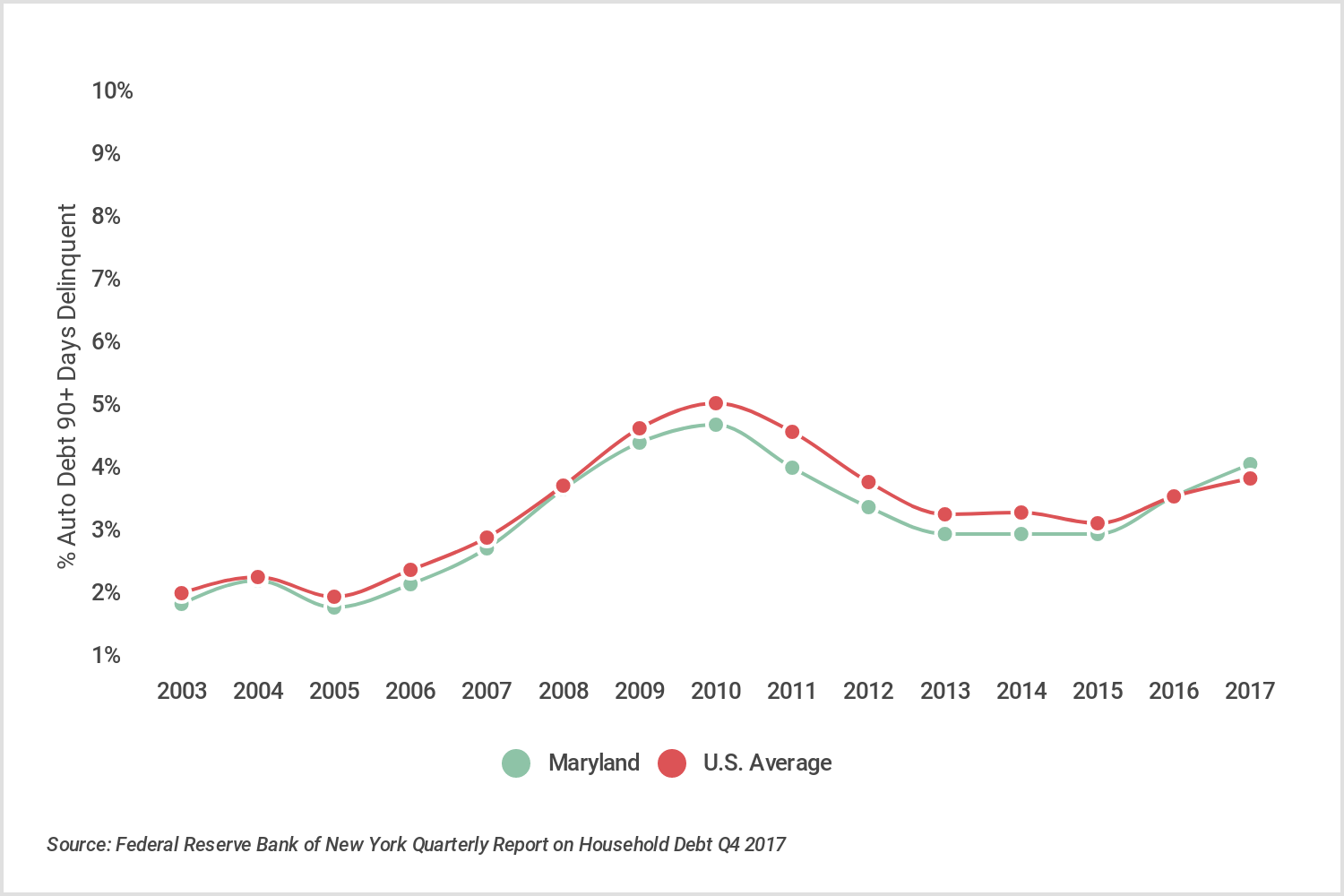 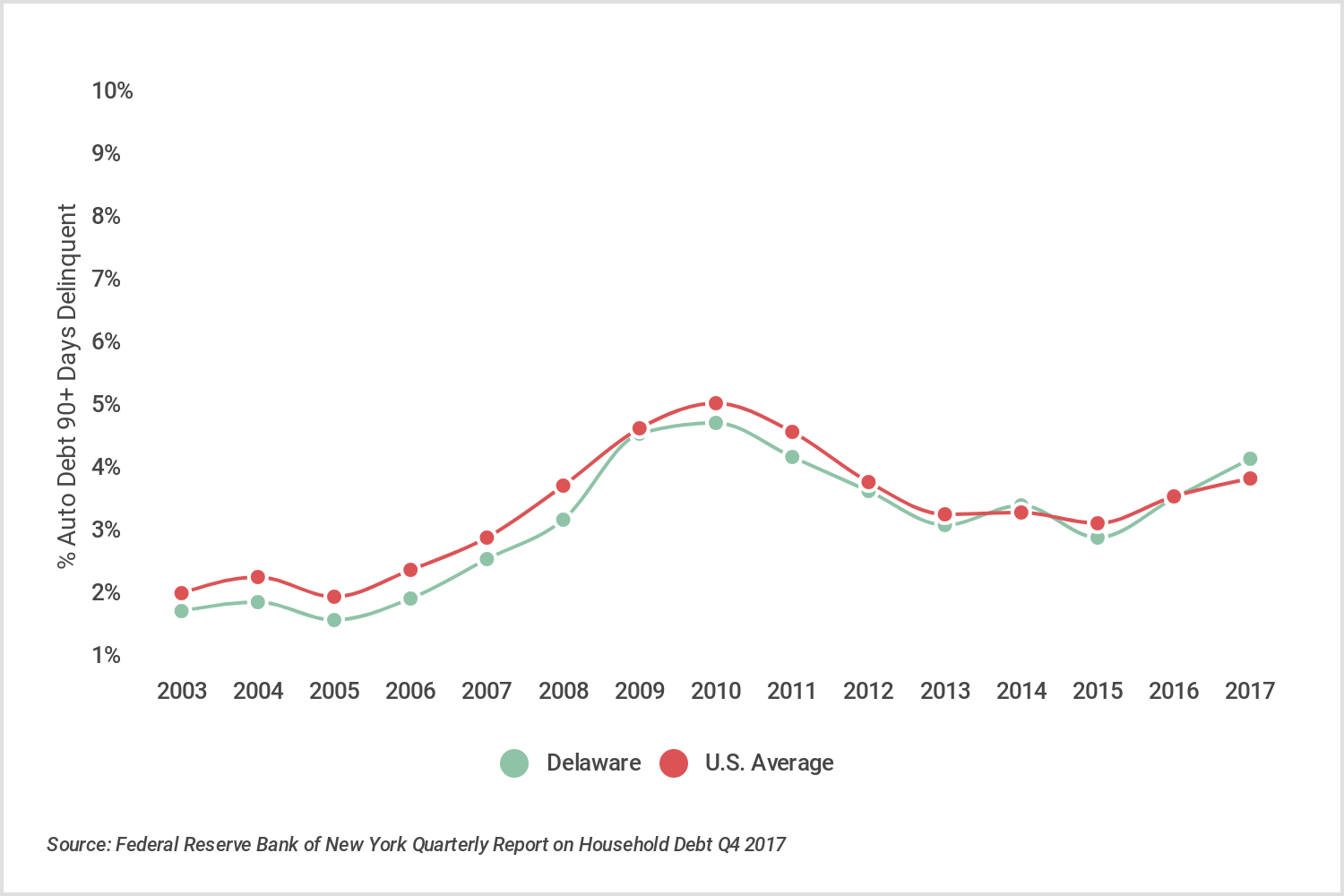 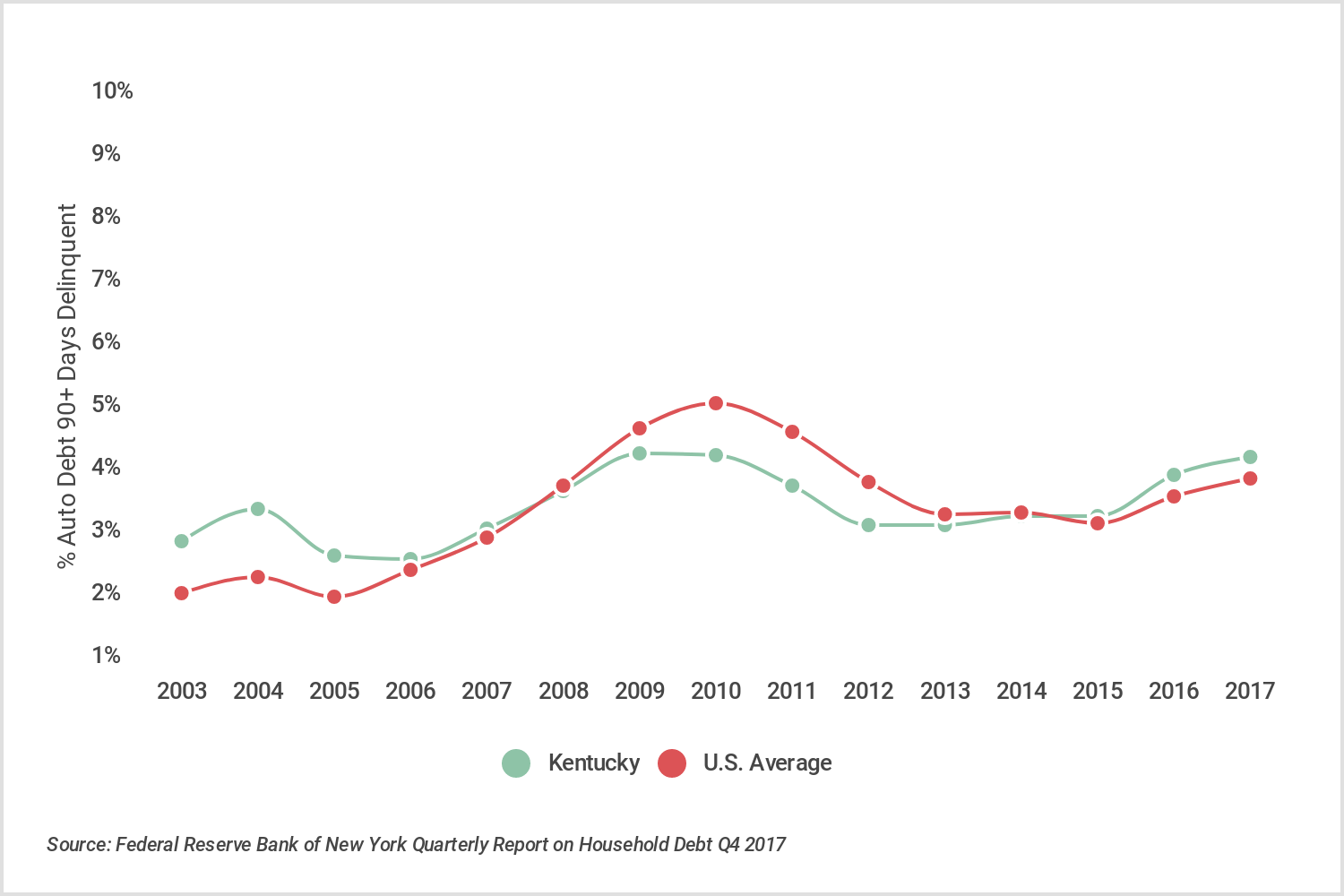 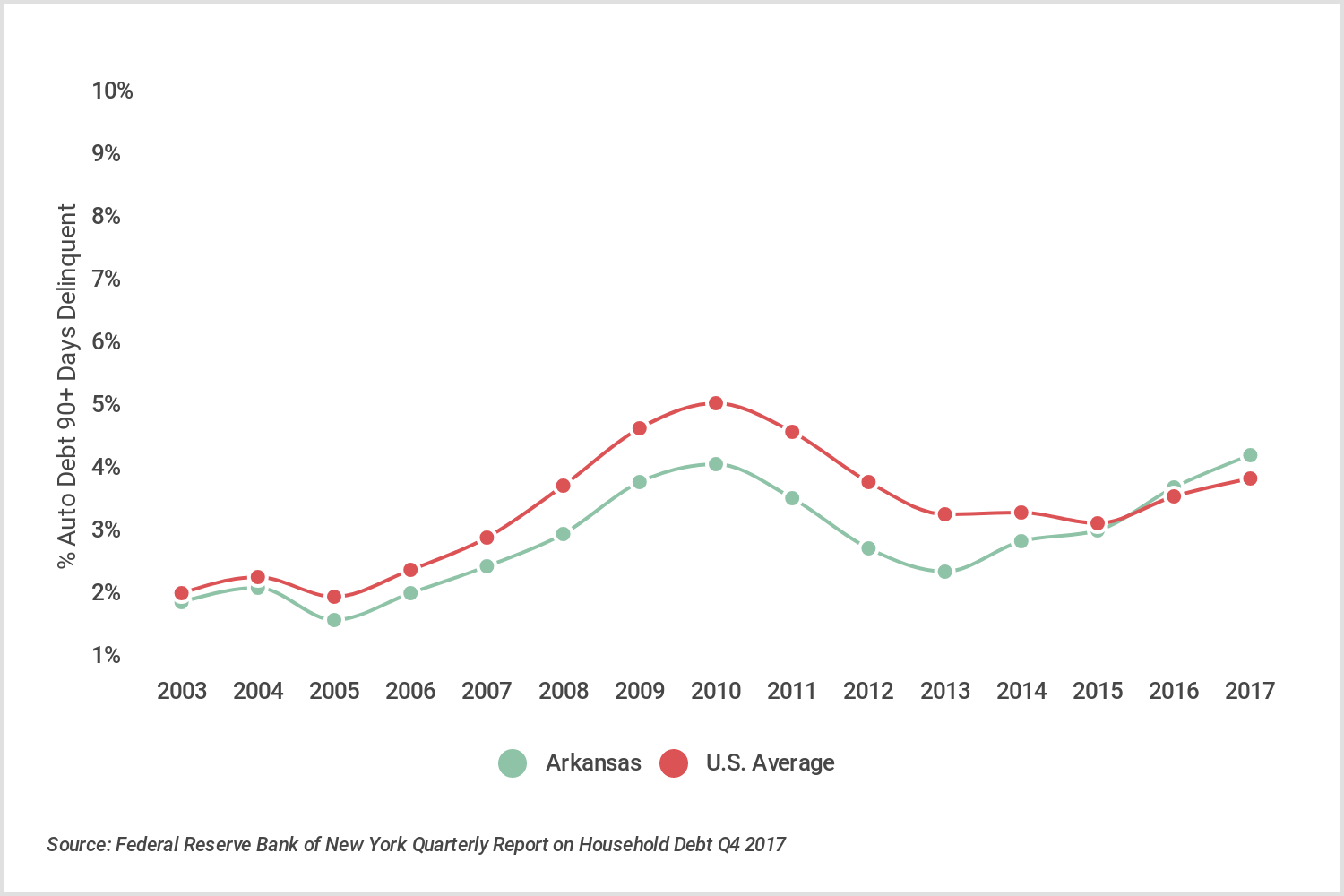 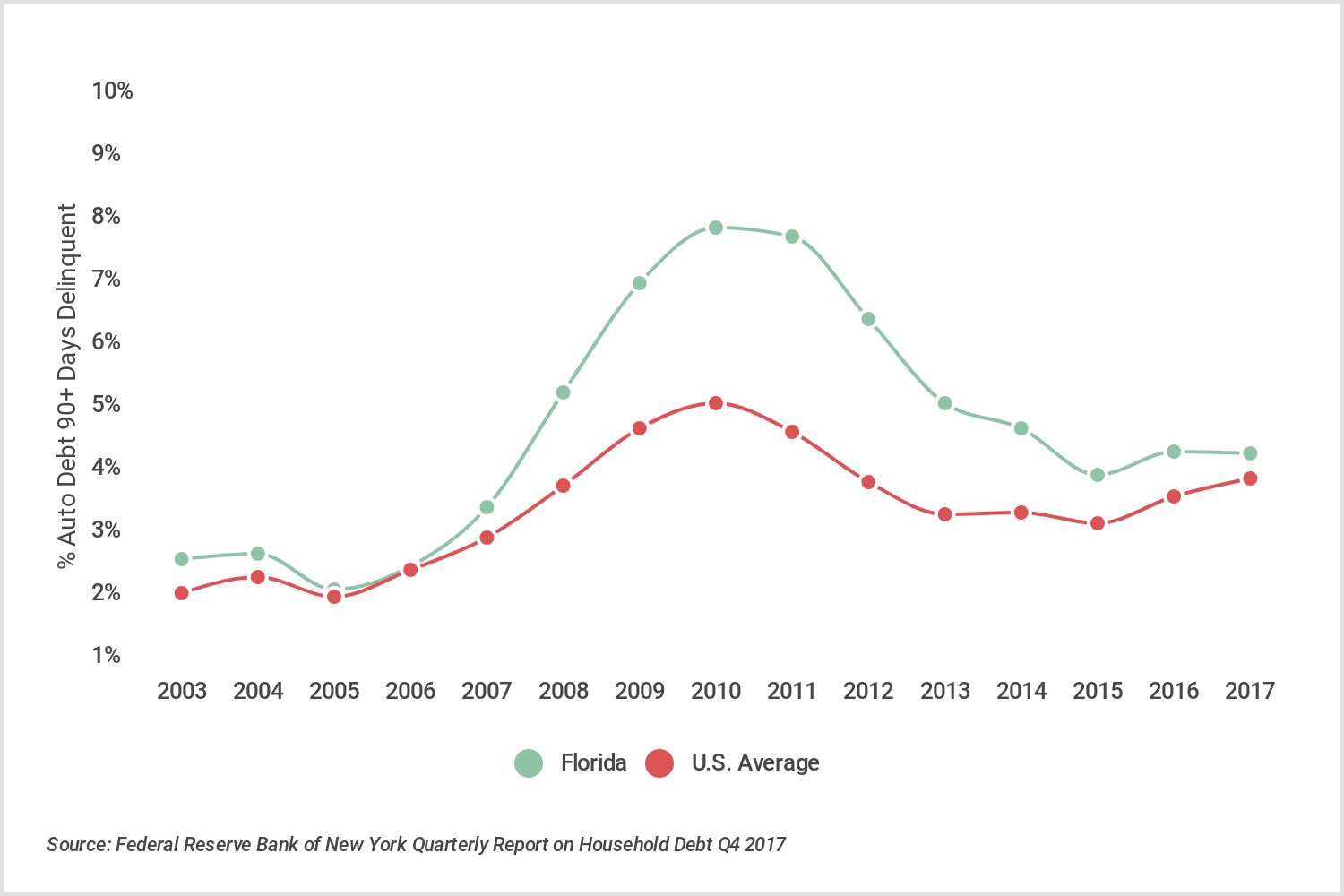 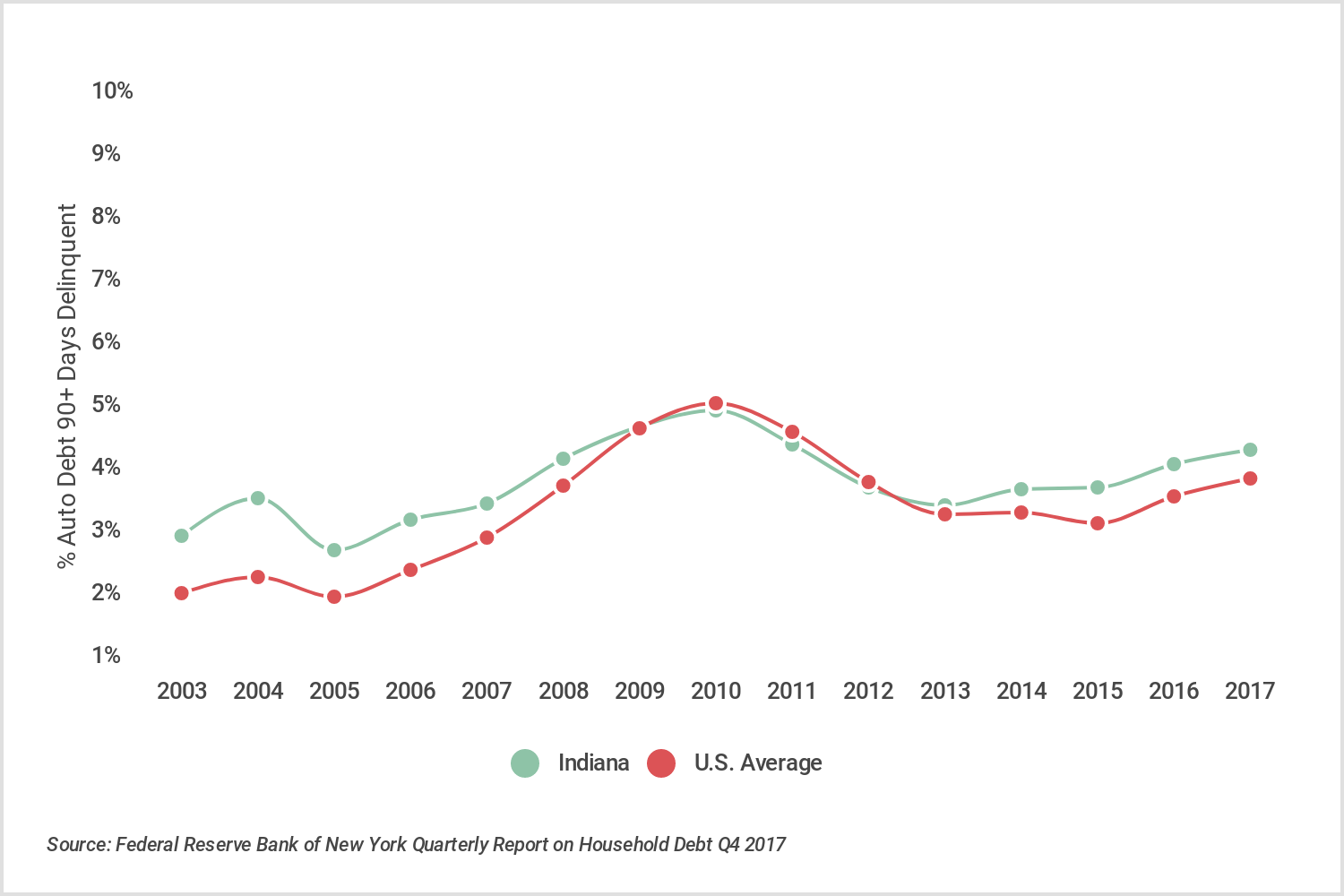 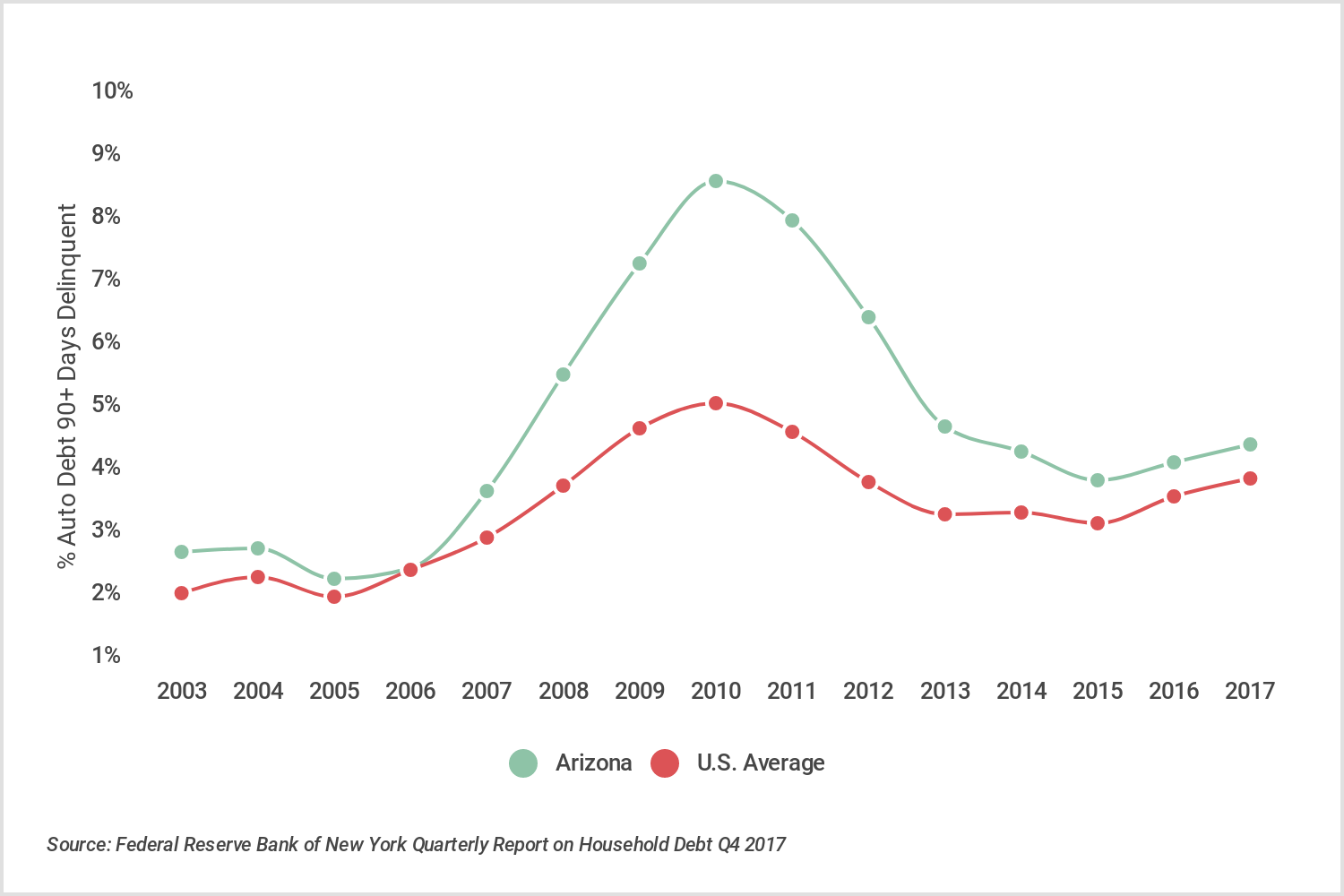 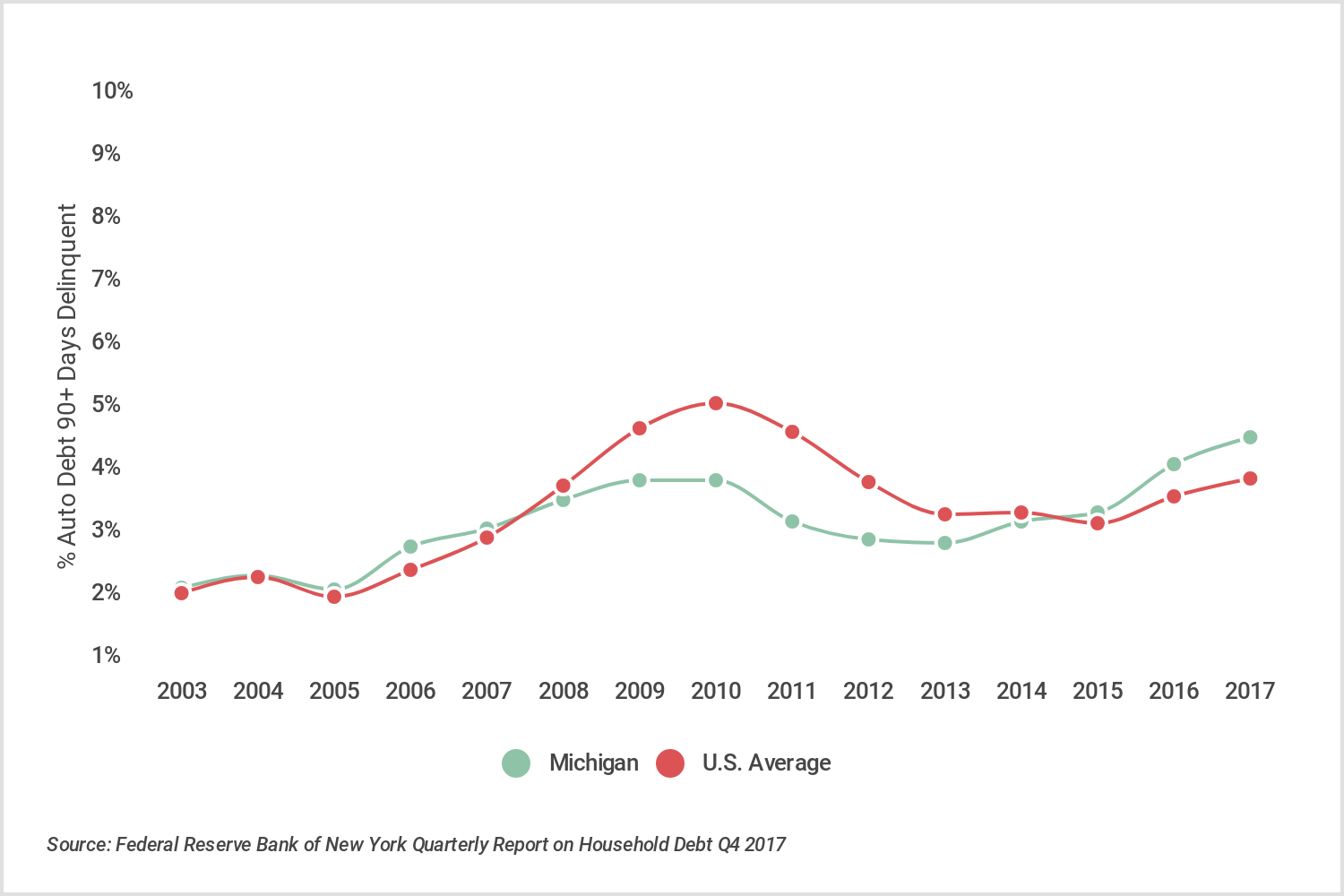 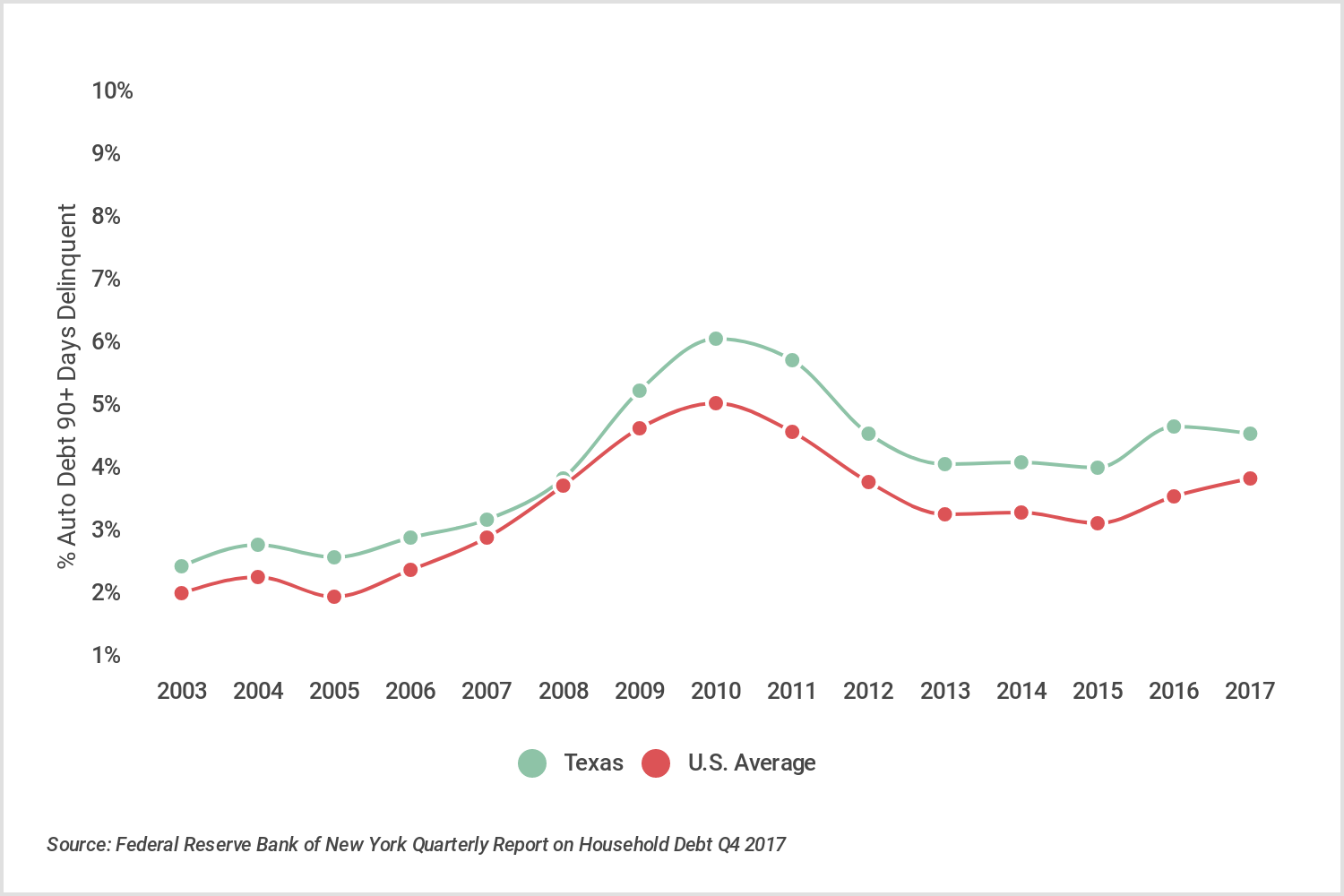 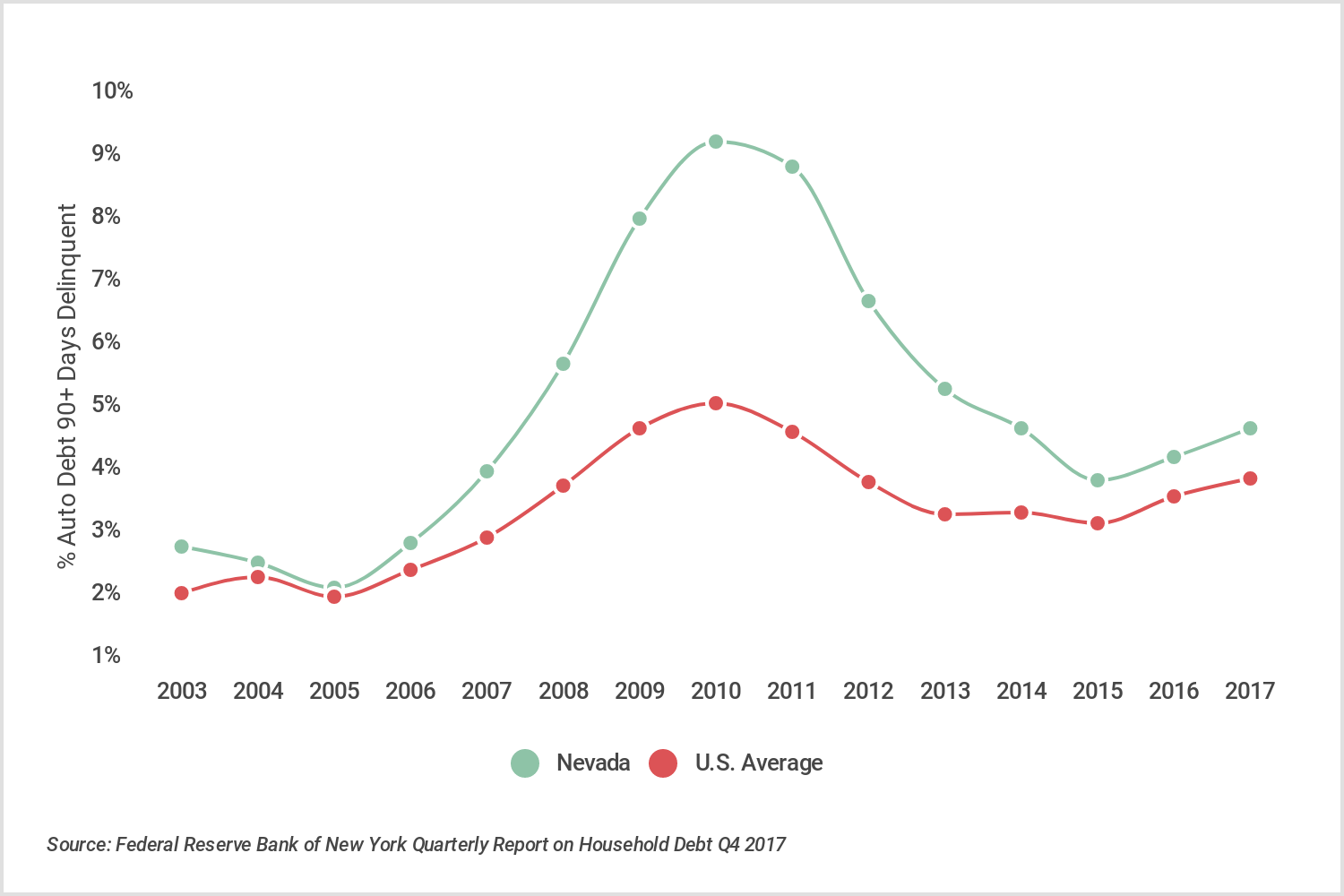 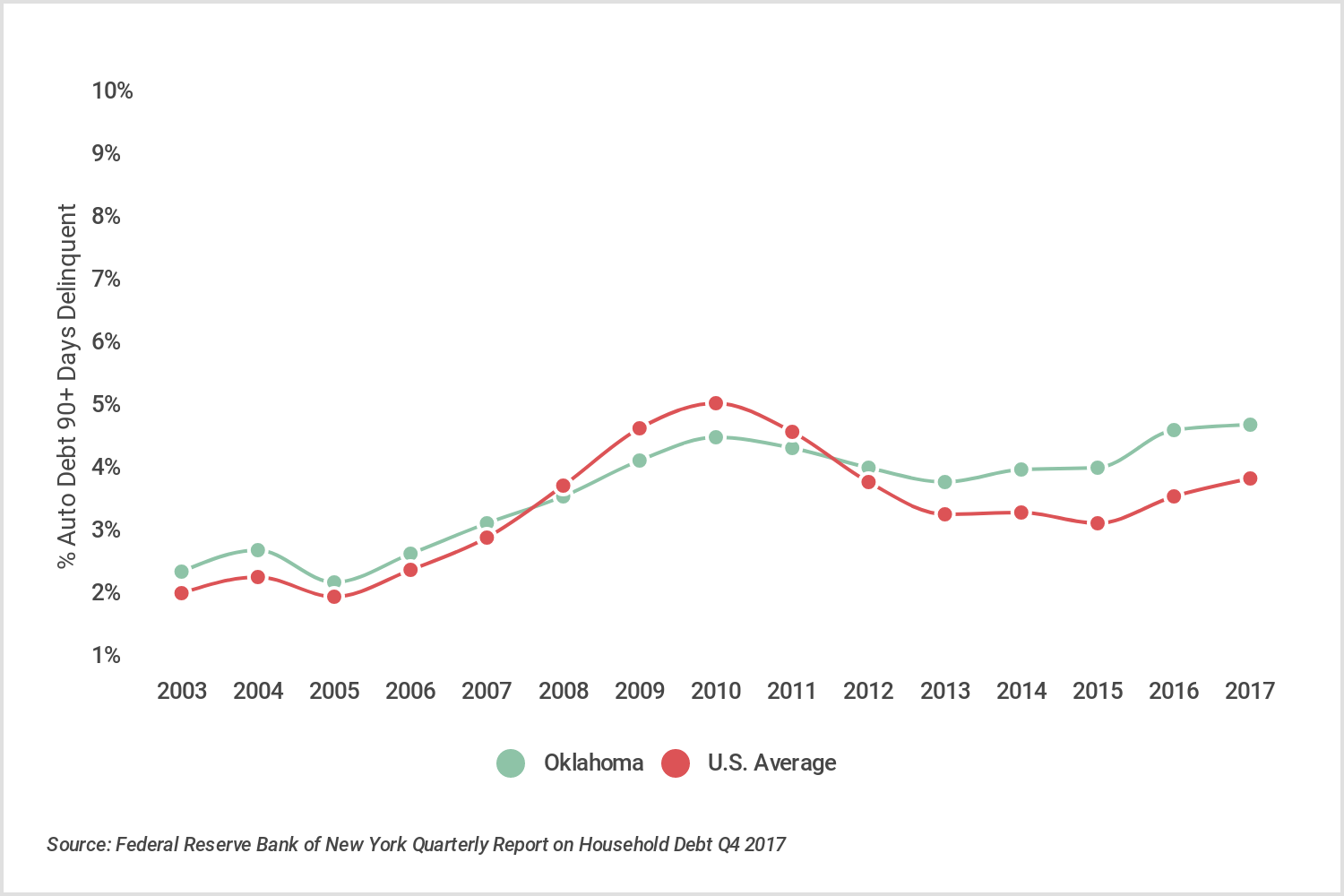 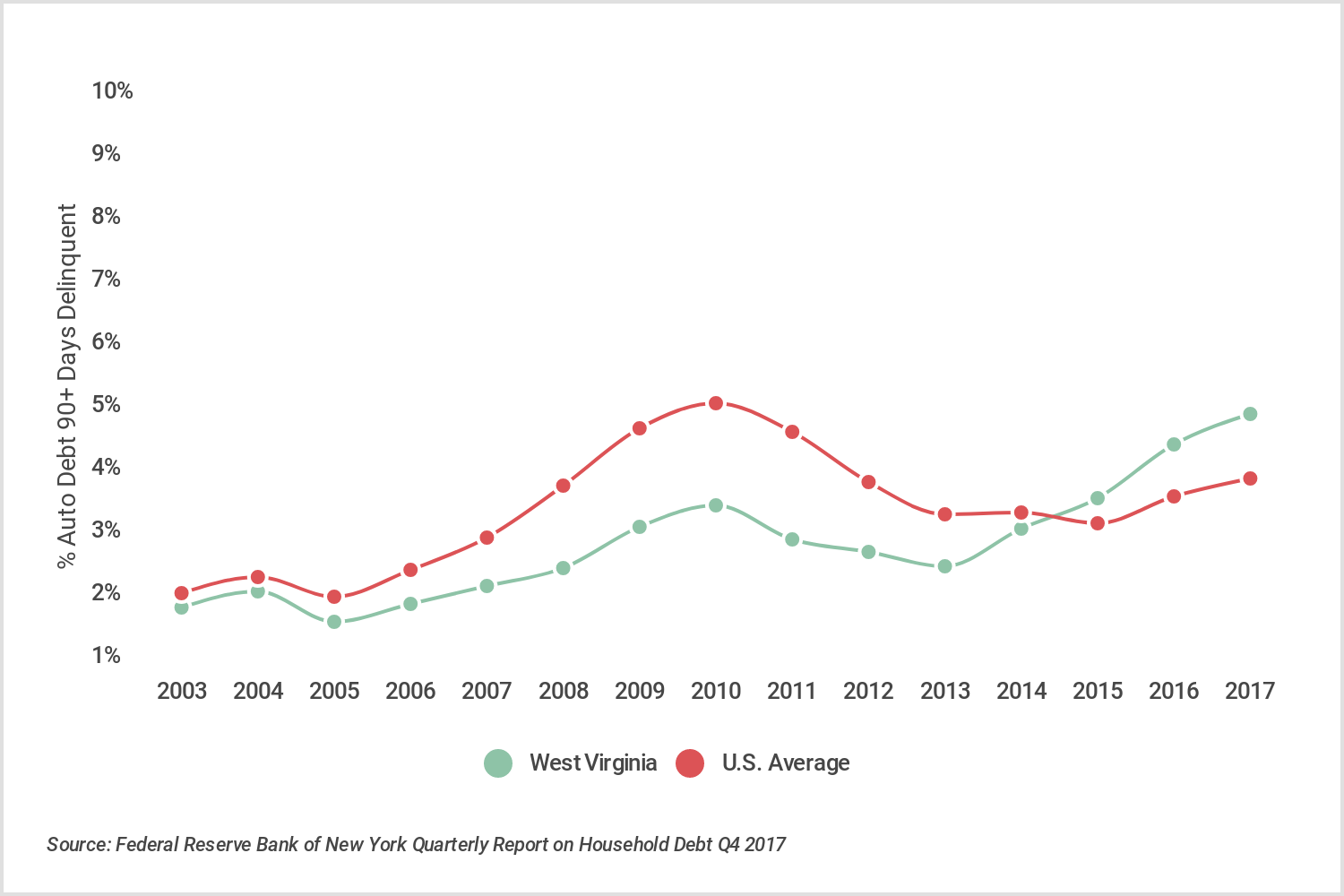 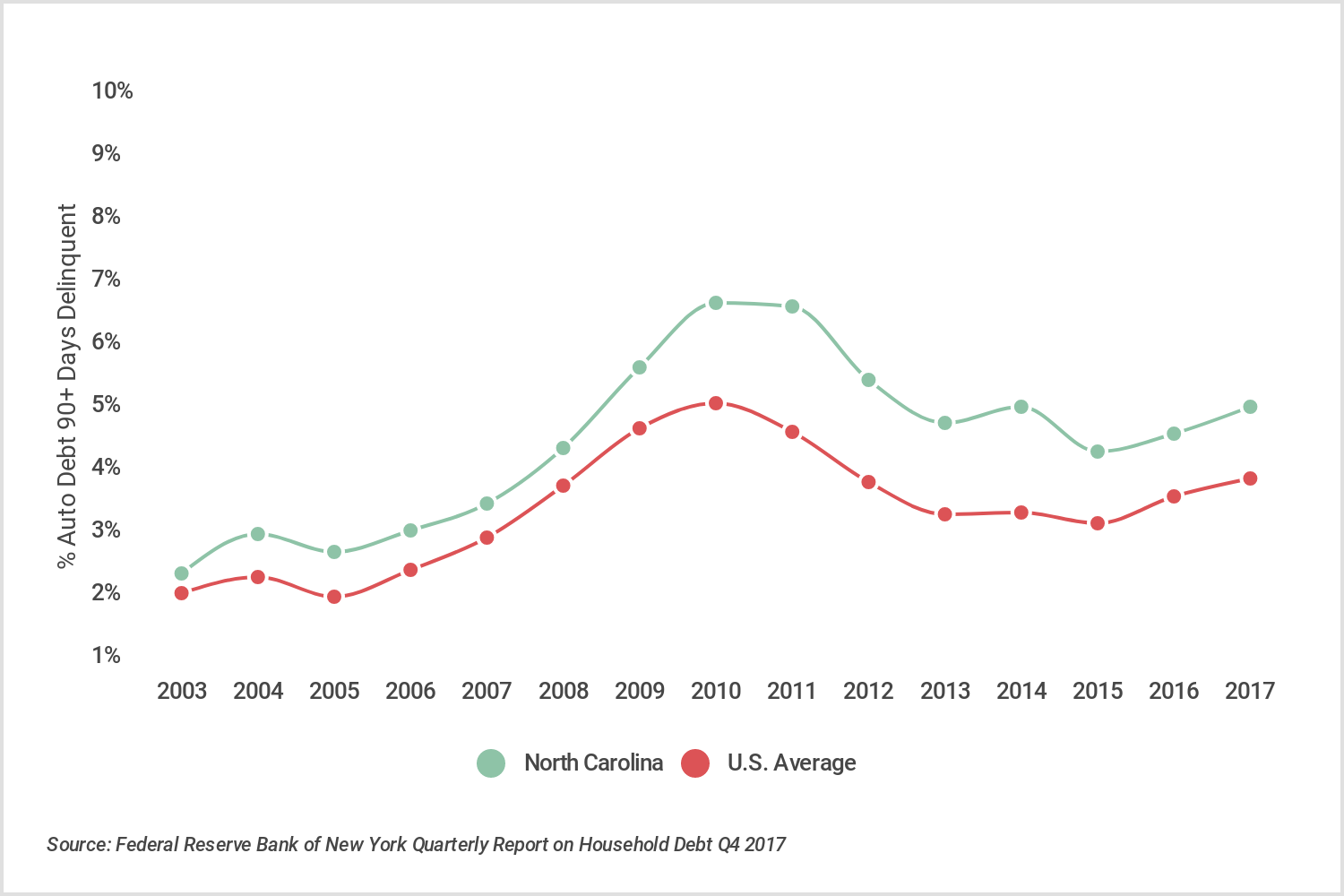 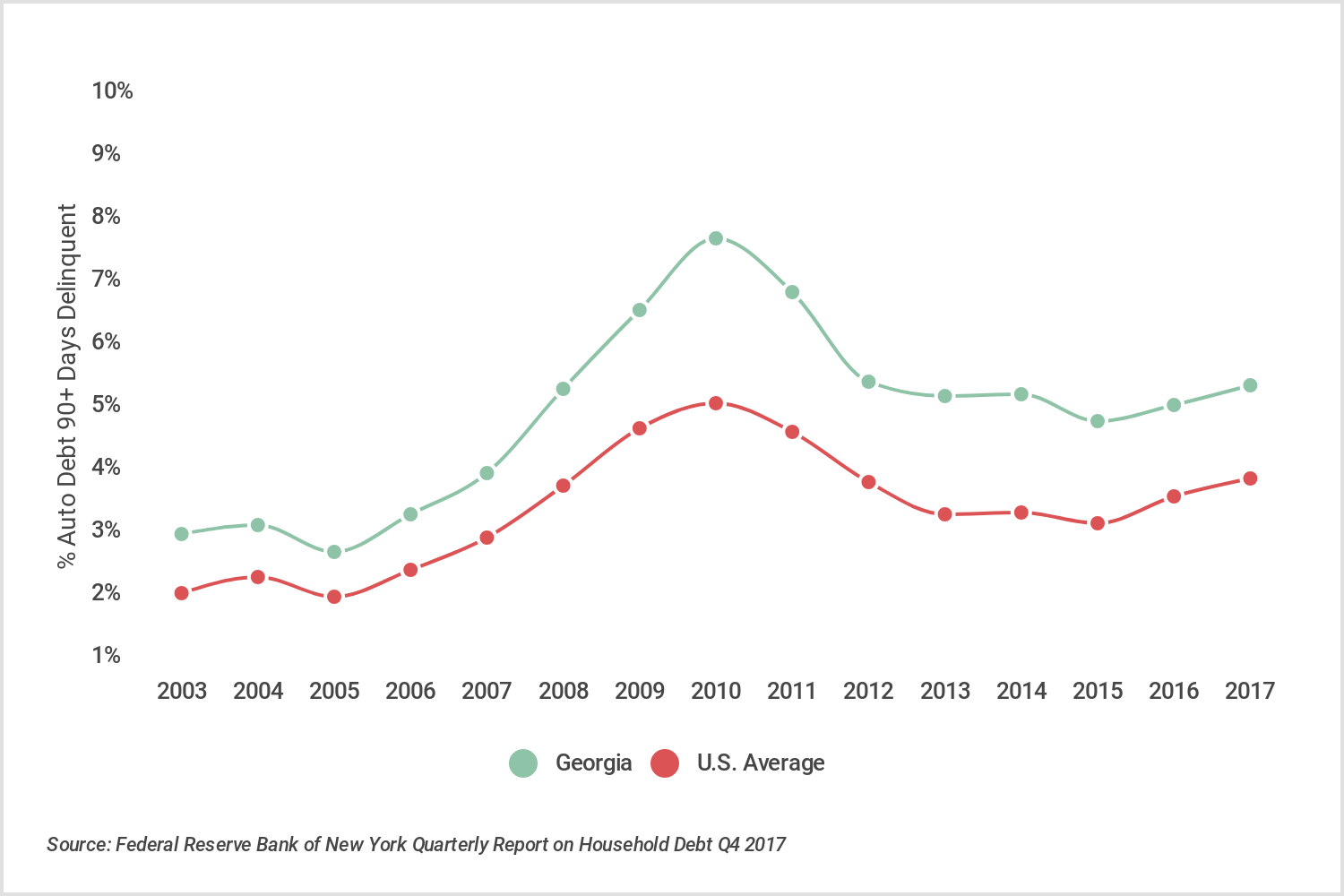 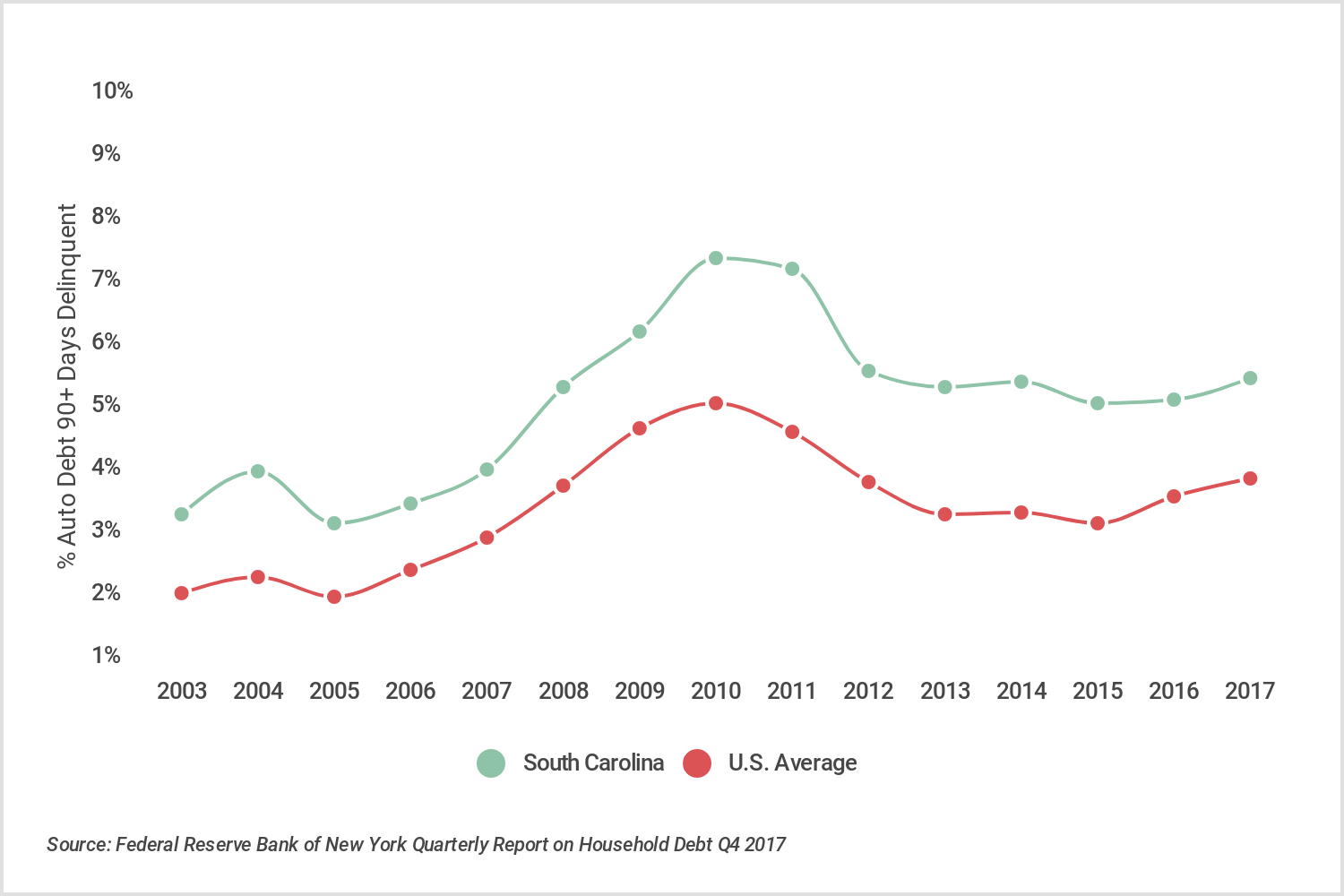 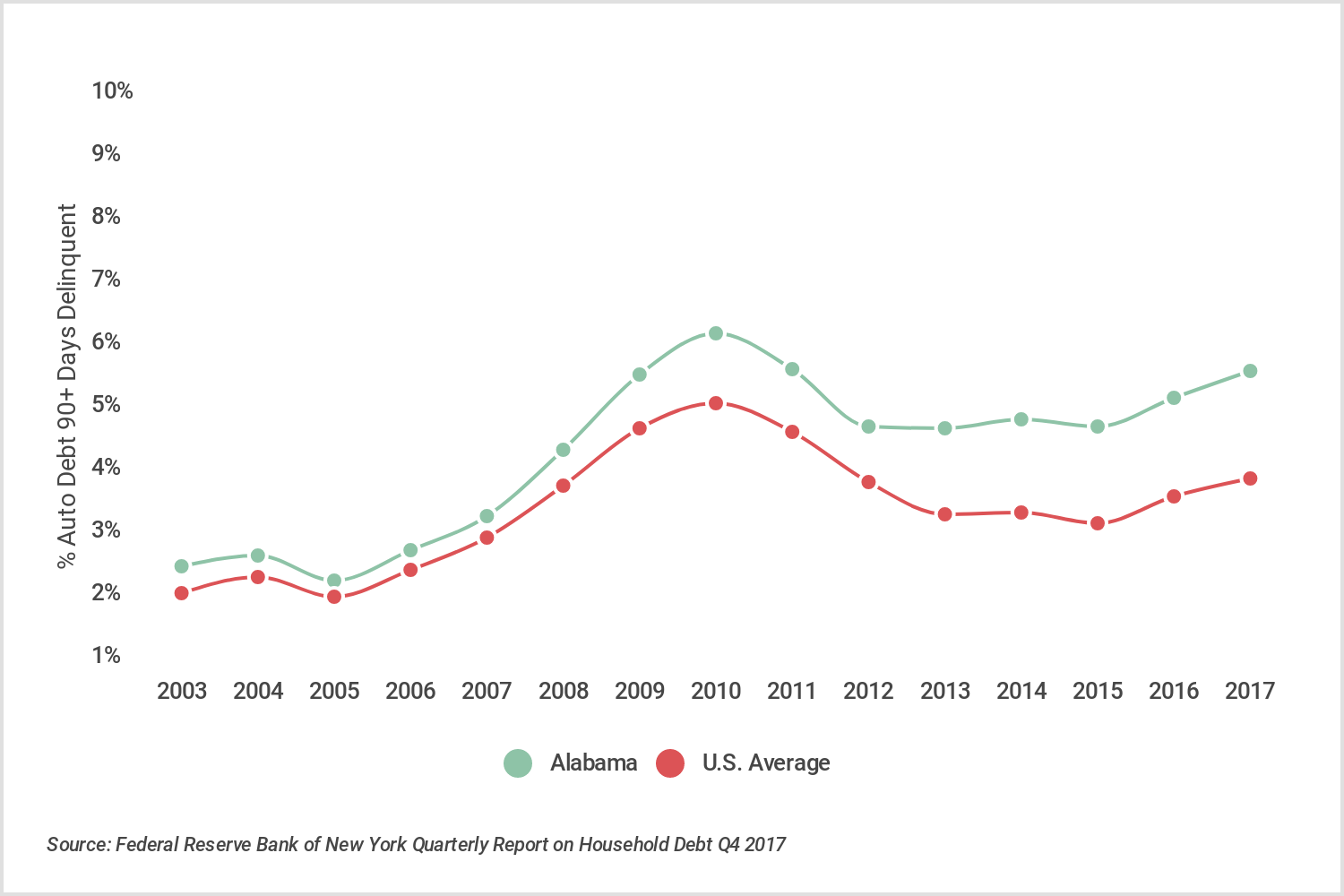 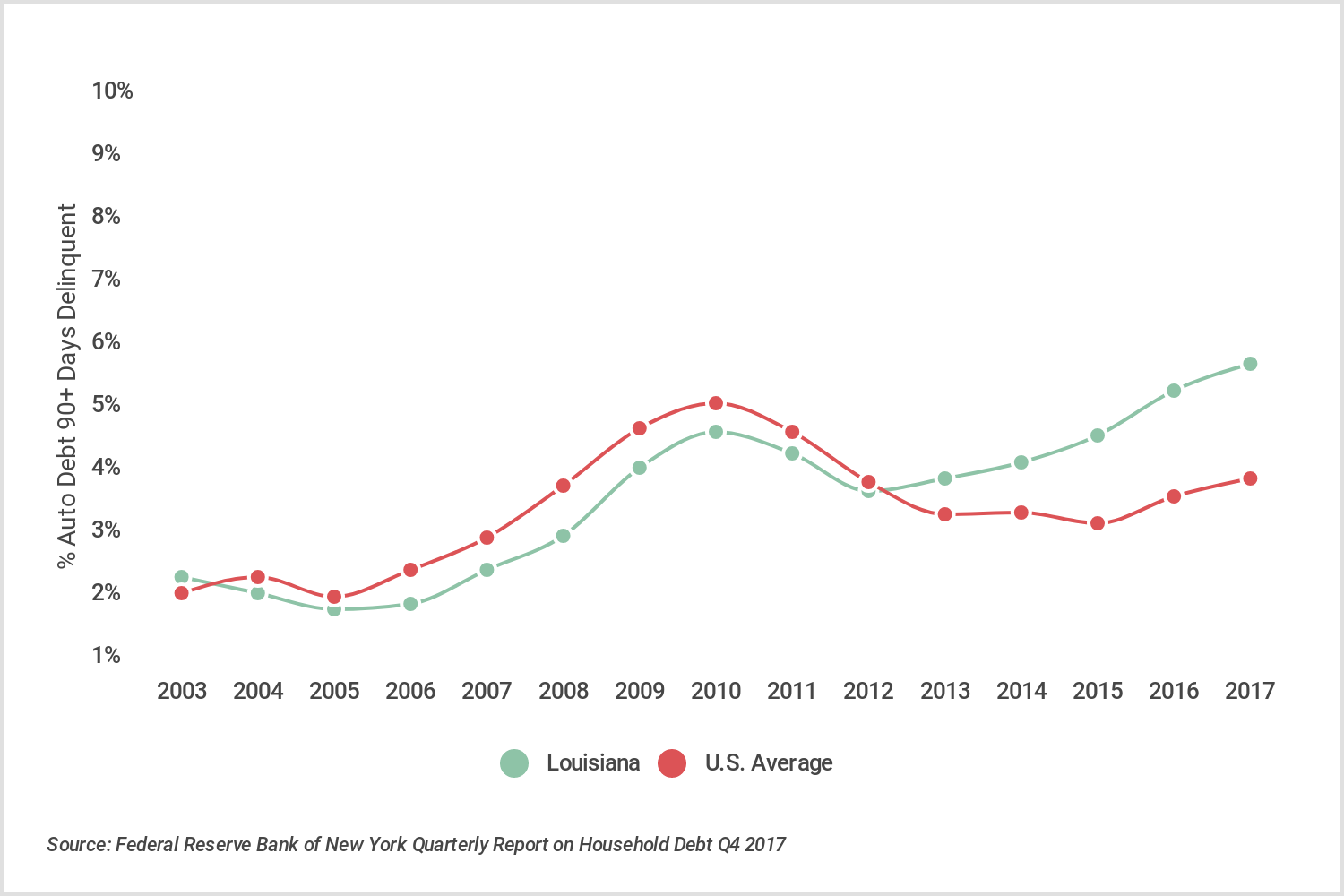 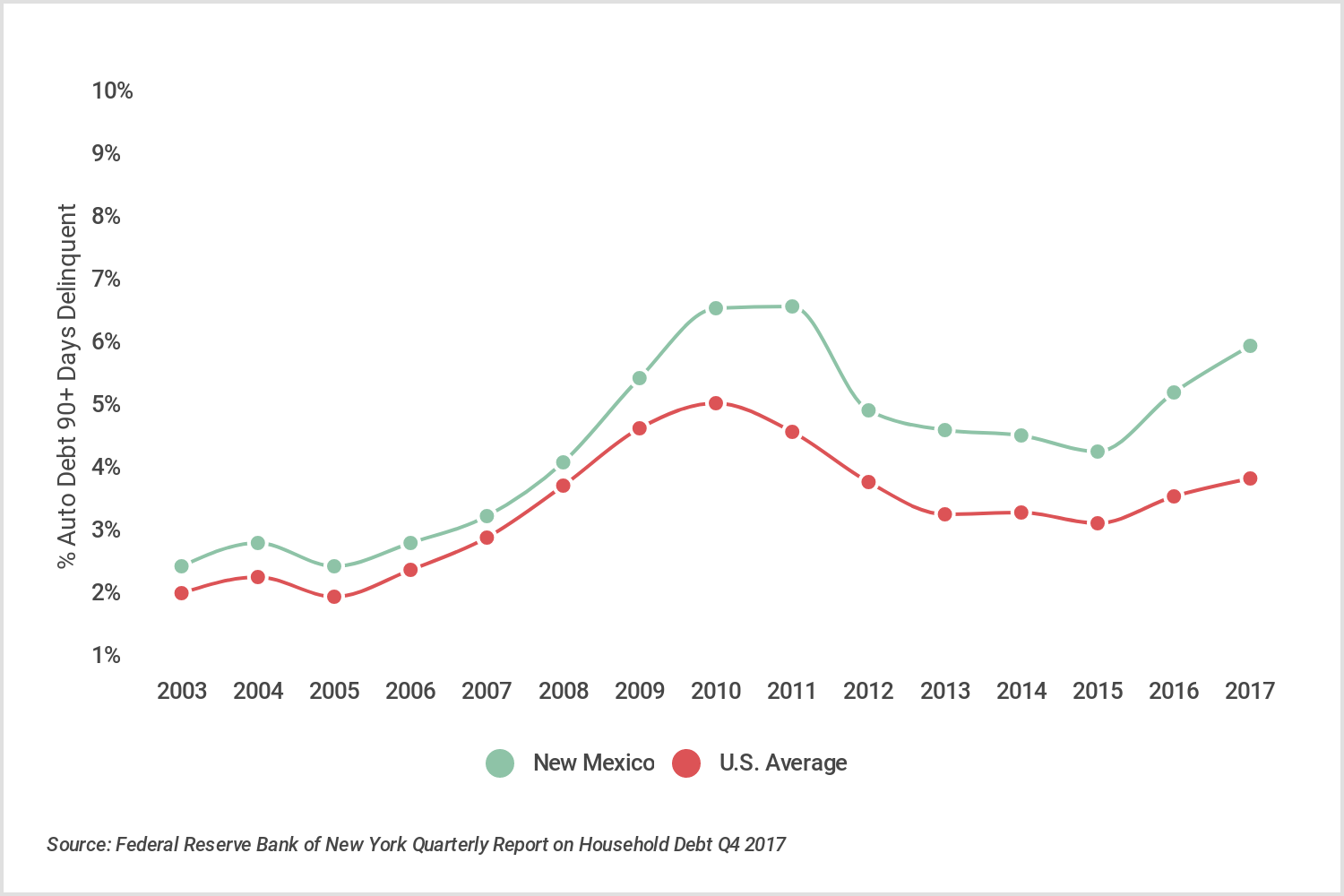 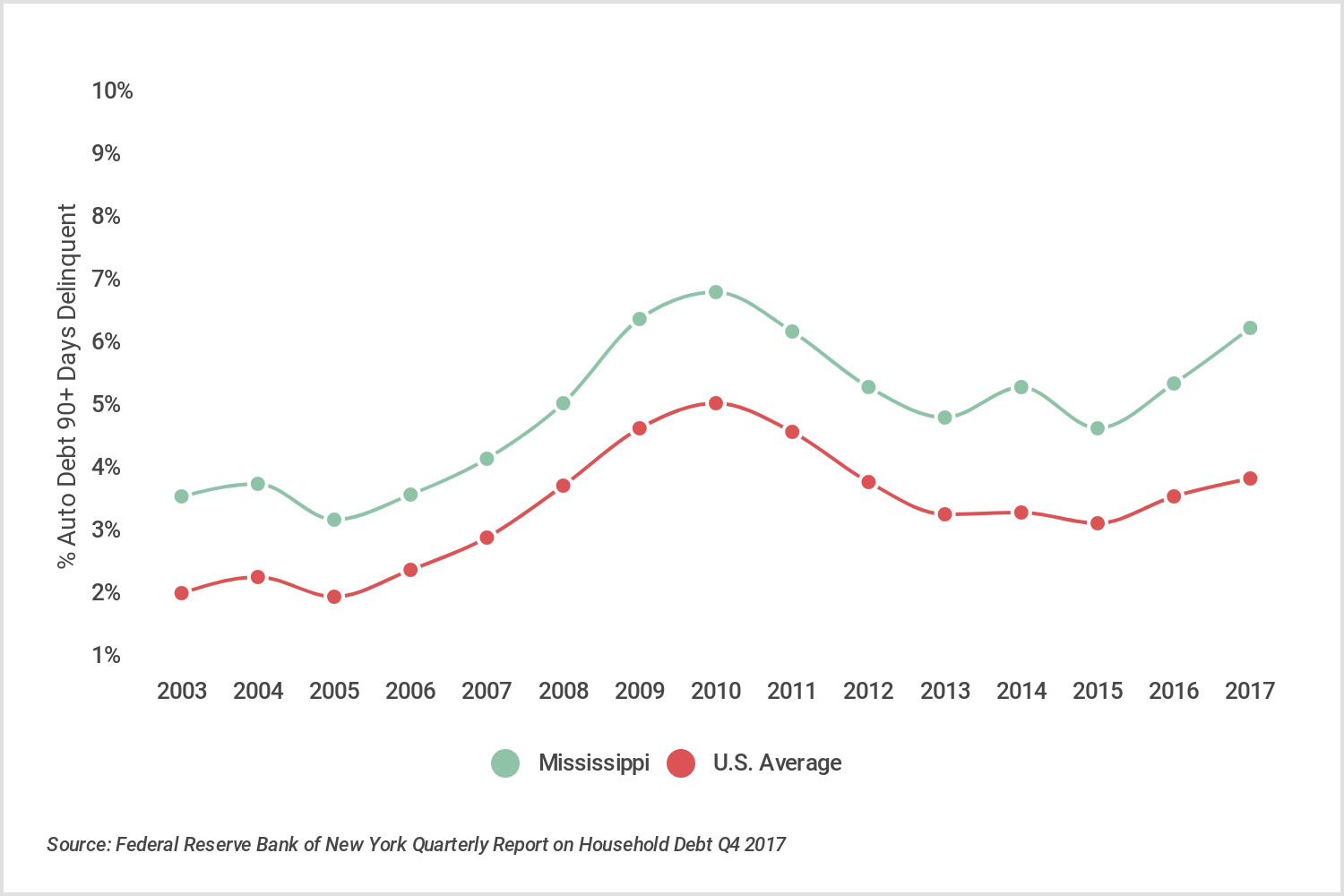 The state-level auto loan data used in this analysis is from the Federal Reserve Bank of New York, Quarterly Report on Household Debt and Credit Q4 2017. The average credit score (VantageScore) for each state was sourced from the Credit Sesame Credit Score Survey from January 2018. States were ordered by their percent of auto loan debt 90+ days delinquent. Only the top 20 states with above average delinquency rates as of Q4 2017 are included. 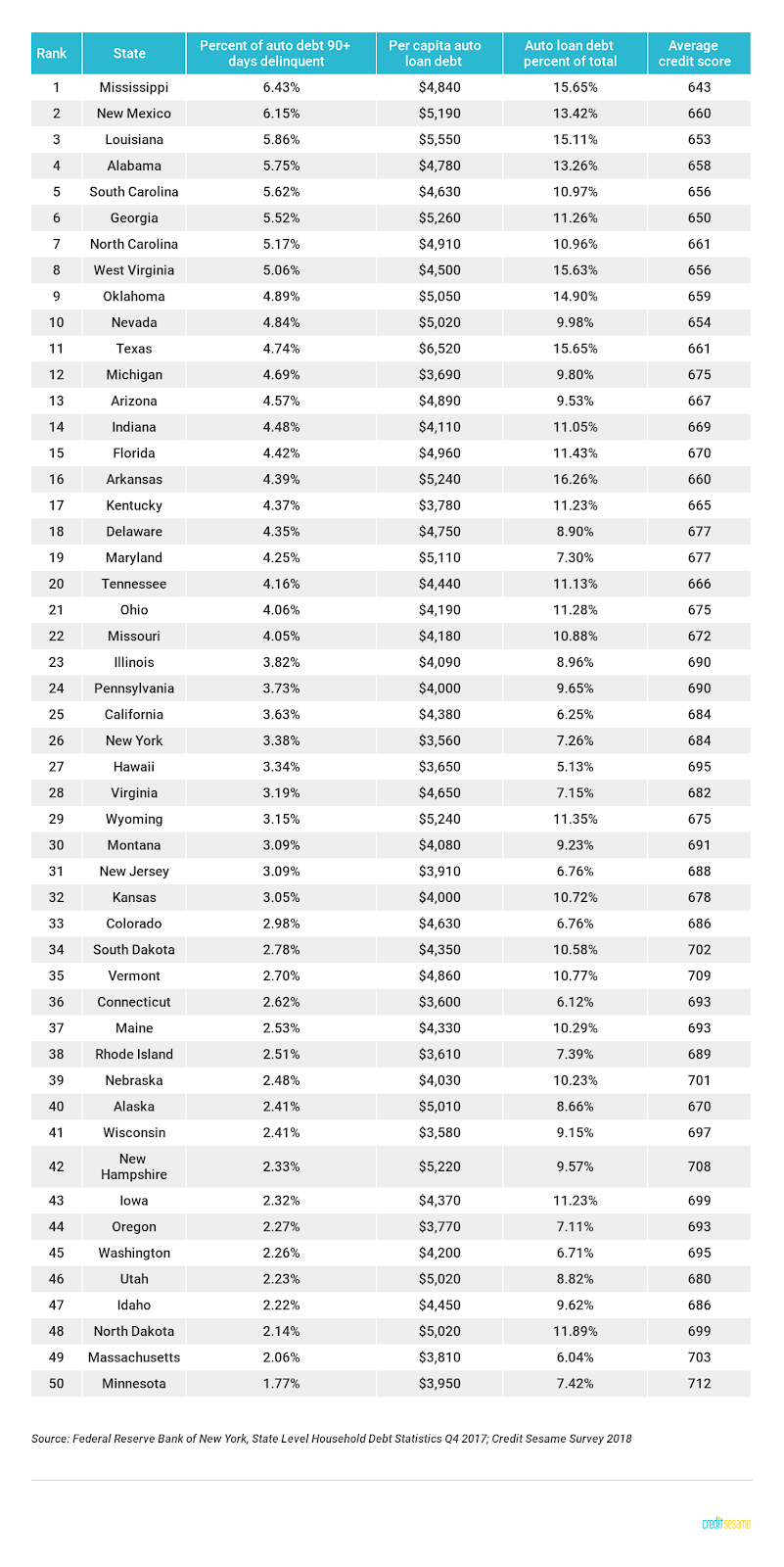 In a vehicle’s lifespan, there is usually a refresh or what’s called a "midcycle update." Here are five refreshed 2020 vehicles for savvy shoppers.

Keeping eyes on the road: Technology aims at distracted driving

Distracted driving puts not only drivers at risk but also passengers, cyclists and pedestrians. In 2018, it led to the deaths of 2,841 people,…