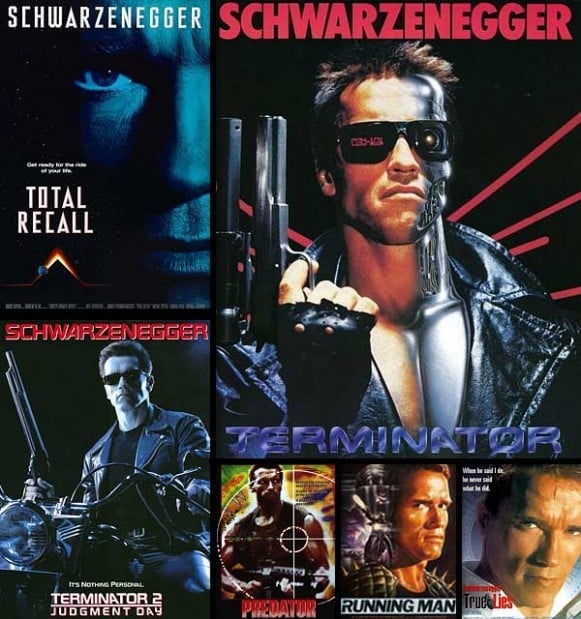 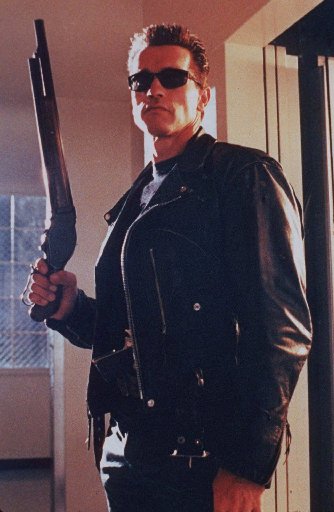 Yes! I get a chance to do a best-movies list about Arnold Schwarzenegger.

I thought my chance had passed when the 63-year-old bodybuilding legend quit the movies after being elected governor of California. But he makes an uncredited cameo in "The Expendables", which opens today and stars veterans Sylvester Stallone and Bruce Willis.

I know Arnold has his detractors, but I certainly am not one of them. Also, this list was easier than coming up with 10 for Stallone. (After the first two Rocky films, the first Rambo flick and "Copland", things go downhill pretty fast).

So we're going heavy with Arnold today, and I'm not even including the stellar documentary "Pumping Iron." Here it is, one set of 10:

10. Twins (1988) Julius Benedict: Arnold showed he could do roles other than action with this comedy. He plays an innocent physical specimen who goes searching for his long-lost twin, a dumpy crook played by Danny DeVito.

9. Conan the Barbarian (1982) Conan: Has an actor ever embodied a comic-strip/comic-book character better? It's as if Robert Howard knew Arnold would come along when he created the character in the 1930s. Also features bodybuilder Franco Columbo in small role.

8. Raw Deal (1986) Mark Kaminsky: Few people saw this film, and it does have its flaws. But Arnold used this to step out of his "Conan" box and started getting roles with dialogue and emotion. Contains some excellent action scenes.

7. Kindergarten Cop (1990) Det. John Kimble: Probably best known for the famous line "It's not a too-mah." Arnold plays a tough cop who has to go undercover at a grade school to catch a drug dealer and finds kindergarteners to be a tough crowd.

6. Running Man (1987): Ben Richards: Underrated sci-fi yarn based on a Stephen King story. Arnold plays a cop framed for murder who, instead of being executed, has to run from killers on a game show. Great support from Richard Dawson as the (what else?) show's host.

5. Predator (1987) Dutch: A favorite among action-movie junkies, Arnold leads a group of commandos on a mission in Central America, where they go to battle with extra-terrestrials. Also stars Carl Weathers and Jesse Ventura. Best line: "If it bleeds, we can kill it."

4. Total Recall (1990): Douglas Quaid/Hauser: Arnold plays a family man who keeps having dreams about Mars, so he goes to a memory implanting company to explore these visions. But things go horribly wrong. Based on a story from sci-fi giant Philip K. Dick

3. Terminator II: Judgment Day (1991) The Terminator: One of the few instances where a sequel is almost as good as the original. The original bad guy now must protect the young boy he had wanted dead (in the original flick) from an even more powerful cyborg.

1. The Terminator (1984) The Terminator: One of the all-time great sci-fi films, from James Cameron. Arnold plays one of filmdom's great villains, as the cyborg killer from the future sent to kill the mother of a future rebel. Stark camera work, crisp action, strong acting and a lean script. I can watch this movie any time.

If you want to see how Arnold shops for firearms ("The Terminator"), click here.

Enjoy the trailer to "True Lies" by clicking here.

And of course, we can't leave out his most famous scene of all. Just click here.

Watch Now: How to deal with constant anger

Watch Now: How to deal with constant anger

Background music while you're working from home is really important

Background music while you're working from home is really important

The essence of any place, any person, any thing, can be summed up in a single word, Elizabeth Gilbert's Italian friends tell her in the "Eat" …

If you're 22, or a comic-book geek, or a punk-rock romantic, "Scott Pilgrim vs. the World" ought to be your new favorite movie. I'm no longer …