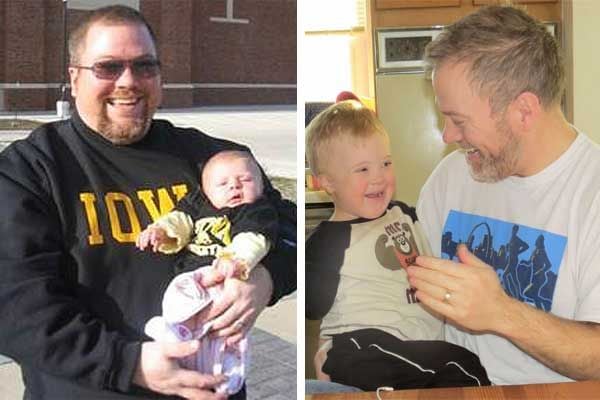 Daniel Fields before and after his weight loss of about 120 pounds. 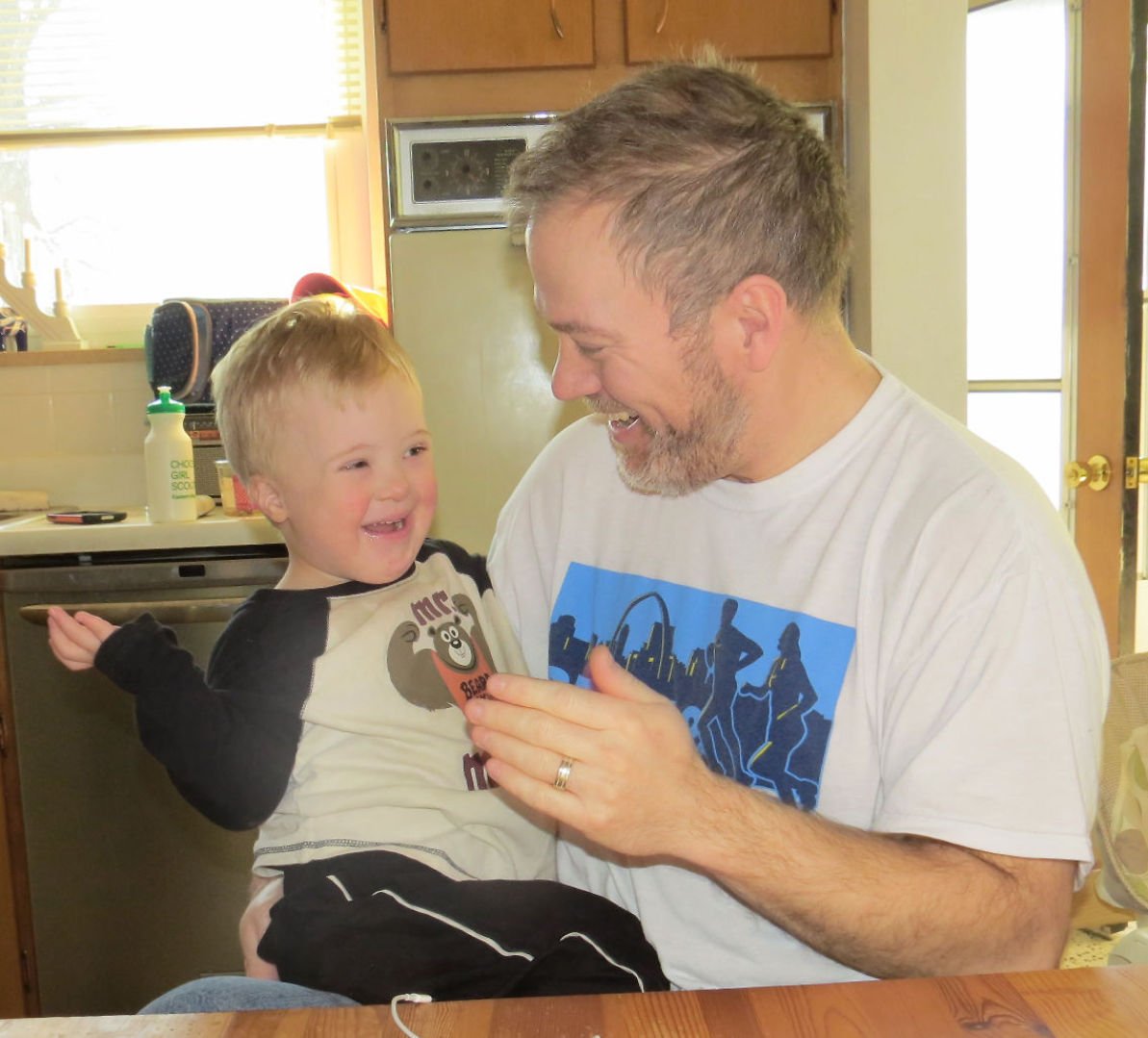 Daniel Fields and his son, Liam, share some grins recently. 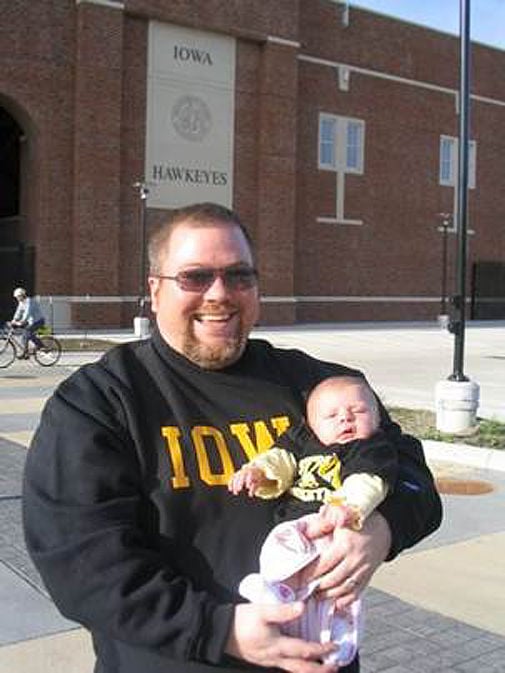 Before the weight loss with Liam as a newborn.

Daniel Fields says the birth of his son, Liam, was the best thing to happen to his body and soul.

Becoming the parent of a child with Down syndrome made him a better person, a healthier person, says Fields, 41, of Crestwood.

Fields says he’s more patient and less grumpy; he sees the rewards of life rather than things about which to complain. Liam has brought him closer to God.

And Fields has lost 120 pounds, down from nearly 300, by changing his diet and exercising so he could be there for his children.

When Liam was born with Down syndrome in the spring of 2011, the disorder was a surprise to Fields, his wife, Rebecca, and their doctor.

The couple have two other children, Eli, 5, and Ellie, 8. Daniel Fields sat at a table on a recent afternoon, watching the children play. Rebecca Fields works during the day, and Fields in the evening. The sounds from the children playing resembled those of a brawl in an old western movie as they rattled their toys.

Fields explains that life is hectic; school for the older children, therapy and special school for Liam.

He recalled his grandmother telling him everyone who comes into his life has a purpose. That hit home.

“I know God didn’t bring Liam into our lives for my need to protect him,” Fields said. “He was brought in to make all of us around him better human beings. I am not who I was before he was born. I’m much more.”

The saga started in September 2012. Fields had a discussion with a cardiologist who told him to prepare for a heart attack.

The doctor also warned him of diabetes and other diseases that plague obese people. That warning languished for months, ignored. “Then one day, I saw Liam, trying to pick up a ball; he was struggling just to pick up that ball.

“I looked in a mirror and said, he’s struggling, and here I am, two working arms, two working legs. … I have to do better.”

He joined a YMCA and began to work out every day. His physician told him to cut calories to 1,200 a day. Fields began to eat cereals and salads and low-calorie snacks. He kept track of his intake with a smartphone app.

By Christmas, he’d lost 40 pounds. As his stamina increased, he began to run nearly every day, about three miles. By the end of 2013, he’d lost about 100 pounds, and more has come off since then.

“Every step along the way, I kept finding people who were supportive,” he said. People he met at the YMCA, “they’d help me get my children to child care. The director came by and cheered me on while I was exercising,” he said. “They were so kind.”

At work as a technical director at KTVI-TV (Channel 2) his bosses helped him put together a schedule that accommodated therapy time with Liam.

He’d not been a people person before then. “I was much more jaded than I am now.”

He spends more time now working with Liam, his own children and children who have special needs he has met through the Down Syndrome Association. They’ve taught him a new way to see the world, he says.

“Kids with special needs see the world as a joy-filled place,” he said. “If we could all see the world the way they do, we’d realize all this other stuff we quibble and fight over wouldn’t be important if we’d have loving hearts.”

Suggest a candidate to:

What he did • He lost about 120 pounds, has kept it off for a year, and says it makes him more capable of caring for his son who was born with Down syndrome.

Harry Jackson is a health reporter for the St. Louis Post-Dispatch.

At home: Turning furniture and her Chesterfield home into works of folk art

The 3,000 square-foot atrium ranch home in Chesterfield where Deborah Link lives with her husband, Steve, is akin to a museum of her creativity.

Sultan: Why are custody battles, divorces getting messier?

Today’s polarized environment can also make co-parenting more challenging for those on opposite sides of the political divide.

The My Hygge Jackets also allow nurses to do their work without removing the garment or jostling the patient.

When Patrice Valle creates, there’s no telling who or what will show up in her work. She describes her influences as “all things feminine, my …

The keto diet: Its highs and lows plus 5 recipes

The keto diet works, at least temporarily. Whether it is good for you or bad is a matter of dispute; either way, we tried several recipes.

Daniel Fields before and after his weight loss of about 120 pounds.

Daniel Fields and his son, Liam, share some grins recently.

Before the weight loss with Liam as a newborn.