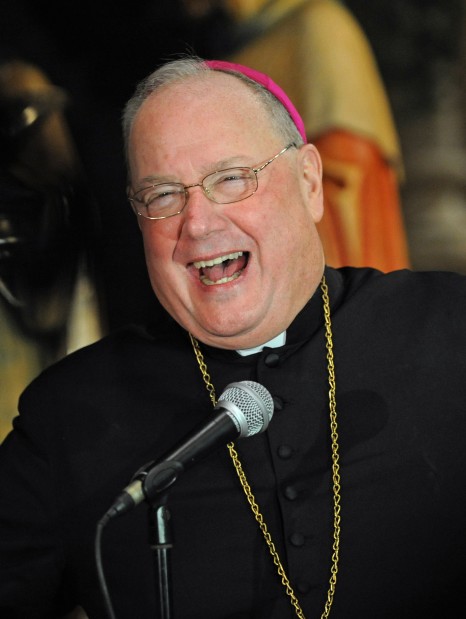 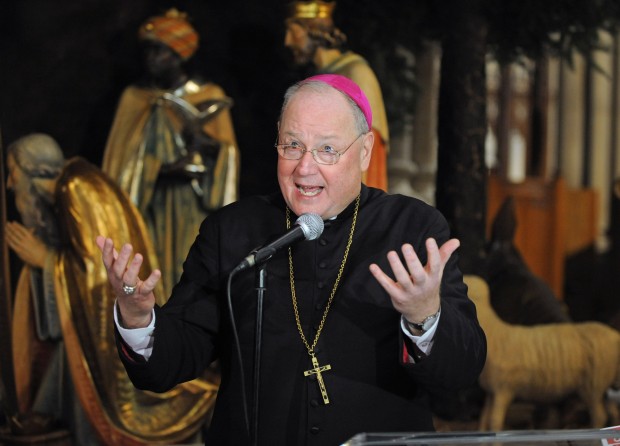 It's been 42 years since a sitting St. Louis archbishop has been made a "prince of the church," but popes have handed red hats to quite a few bishops with ties to the city since then. Pope Benedict XVI will elevate the latest — Ballwin native Timothy Dolan, archbishop of New York — to the College of Cardinals on Saturday.

Dolan, who turned 62 last week, is third-youngest in a group of 22 men who will join the pope's closest advisory council. Besides being the pope's confidants, cardinals who are under 80 also elect the pope's successor after he dies.

Eighteen of those who will become cardinals Saturday — in a ceremony at the Vatican called a consistory — will be eligible to vote for Benedict's successor (in another ceremony called a conclave). The pope turns 85 in April. One other American, Archbishop Edwin O'Brien, the former archbishop of Baltimore, also will be made a cardinal Saturday.

His elevation to cardinal comes in the middle of a showdown between the Catholic church and the federal government over a policy that would require most health insurance plans to provide free contraceptive benefits to their members. Earlier this week, before flying to Rome for the consistory, Dolan called the plan a "violation of our freedom of religion."

For 10 years after his ordination as a priest, Dolan worked in three St. Louis-area parishes — Immacolata in Richmond Heights, Curé of Ars in Shrewsbury and Little Flower, also in Richmond Heights. Between pastoral assignments, Dolan pursued graduate studies in Kansas City and Washington.

In 1992, he became vice rector of Kenrick-Glennon Seminary, and two years later he was named rector of Rome's North American College. That's where he first met St. Louis Archbishop Robert Carlson, who was on the seminary's board.

In an interview, Carlson noted a common observation about Dolan — his "unbelievably large and positive personality."

"You know he still calls his classmates in St. Louis when they have some significant event in their life?" Carlson said.

In 2002, Pope John Paul II appointed Dolan archbishop of Milwaukee, and less than seven years later, in February 2009, Benedict named him the leader of New York's 2.5 million Catholics. He is the eighth archbishop of New York to be named a cardinal since 1875.

The consistory, which is always striking for the sea of red hats in St. Peter's Square, will be shown live on Catholic cable channel EWTN at 3:30 a.m. Saturday St. Louis time and rebroadcast at 5 p.m. Saturday.

John Allen, a reporter for the National Catholic Reporter who published a book-length interview with Dolan called "People of Hope," labeled the archbishop "the Vatican's go-to guy in America."

"It's hard to find anyone in the Catholic world these days whose rise up the career ladder has been more meteoric," Allen has written.

In 2010, Dolan's fellow bishops elected him president of the U.S. Conference of Catholic Bishops. It is in that role that Dolan has been the lead contact with the White House in recent months over the contraception mandate issue, meeting with President Barack Obama and receiving phone calls from the Oval Office.

In the early Middle Ages, cardinals were simply the pastors of the most ancient and revered parishes in Rome. At that time, the church hierarchy was democratic — pastors elected bishops, and bishops elected the pope. Centuries later, when the church became more universal, church leaders decided that the pope had to be elected by more than just the bishops of Rome, and the most important bishops outside Rome became cardinals so they could elect the pope.

Dolan is one of eight of the 18 new cardinal-electors who head dioceses like St. Louis or New York. The rest are Vatican officials — heads of one department or the other of the pope's administrative offices. Seven of the 18 are Italian, increasing the percentage of Italians among the college to 25 percent.

As cardinal, Dolan will join former St. Louis Archbishops Cardinal Justin Rigali (now retired and living in Knoxville, Tenn.) and Cardinal Raymond Burke (now the head of the Vatican's apostolic signatura in Rome, the highest judicial authority in the church).

"If you look at bishops in charge of dioceses in the United States, the highest number from any one archdiocese are from St. Louis," Carlson said. "Cardinal Rigali, Cardinal Burke and now Cardinal Dolan all went on to significant posts after their time in St. Louis. To me that shows a church in St. Louis with deep roots of faith."

The Rev. Matthew Harrison told a panel of lawmakers in the U.S. House of Representatives that the St. Louis-based denomination "stand(s) with our friends in the Catholic Church" in opposition to a recent government ruling on contraception.

VATICAN CITY • Three men walked into the Vatican, a Cardinal-designate, a pope and a ...

Timothy Dolan becomes a cardinal in a simple ceremony

St. Louis native is among 22 new Catholic churchmen entering into the elite club

Native son to celebrate Mass in his honor.

The pope elevated Dolan, the archbishop of New York, and 21 other bishops to the position of cardinal today in Rome.

The debate over the recent federal mandate shows no signs of ebbing.