BELLEVILLE — Bishop Edward K. Braxton, who has guided the Diocese of Belleville and its community of 75,000 Roman Catholics for 15 years, has resigned, the diocese announced Friday.

Pope Francis accepted Braxton’s resignation and appointed the Rev. Michael G. McGovern from the Archdiocese of Chicago to replace him.

McGovern, 55, currently works as parish priest of St. Raphael the Archangel parish in Old Mill Creek, about a 90-minute drive from Chicago near the Wisconsin border.

McGovern will become the ninth bishop of the Belleville diocese. But because of the coronavirus outbreak, the ceremony to ordain McGovern as bishop is on hold. Braxton will stay on as temporary administrator for now.

“This could be months,” McGovern told the Post-Dispatch by phone Friday. “They want to see when it would be safe to bring people together because we want people to celebrate. (Braxton) is steering the ship several more months before I arrive and am installed.”

Braxton recorded a video message, released Friday, welcoming McGovern as his replacement. Braxton reflected on how the coronavirus pandemic brought the church a Palm Sunday and Holy Week of “sheltering in our homes and practicing social distancing.”

The announcement was made by the Vatican and then followed by a news release from Monsignor John T. Myler, rector of the Cathedral of St. Peter in Belleville. Braxton, 75, just last week posted a video message to the diocese discussing the disruptions to the season of Lent during the coronavirus crisis.

Myler said Braxton’s resignation has nothing to do with the coronavirus, explaining that he’s well and does not have the virus.

Braxton was a Chicago pastor and theologian when Pope John Paul II appointed him an auxiliary bishop of St. Louis in 1995. Braxton taught at the University of Notre Dame and Harvard School of Divinity and has written two books. His appointment brought the number of black Catholic bishops in the United States to 13. At the time, Cardinal Joseph Bernardin of Chicago said of Braxton, “Chicago is sending one of its most capable priests to St. Louis.” Braxton has “a keen mind, great pastoral sensitivity and proven leadership ability.”

Braxton, bishop of the Belleville diocese since 2005, had a different style than the man he replaced, Wilton Gregory. Gregory was accessible and affable with parishioners from all walks of life. Braxton was a traditionalist who seemed to like the pageantry and ceremonial aspects of church life.

Braxton upset some parents in 2018 when he told students during a school visit that Santa Claus wasn’t real. In 2008, reports surfaced that he had spent about $18,000 from restricted diocesan and Vatican funds to maintain the diocese’s buildings and to buy vestments for two priests. He apologized and said he’d “secured a gift” that would replenish both funds.

Braxton didn’t shy away from talking about matters of race. In 2016, on the eve of the second anniversary of the police shooting of Michael Brown in Ferguson, Braxton admonished the Catholic Church for failing to engage African Americans as more black men died from police shootings.

“Sadly, I know many African American Catholics who do not believe that their black lives matter in the Catholic Church as much as white lives matter,” he said, adding that the church was not welcoming enough to its own African American members, of which there were few.

McGovern grew up on the south side of Chicago and has been a priest for 26 years. As parish priest of St. Raphael the Archangel, he lives in a converted old farmhouse in Old Mill Creek. The church has about 750 families.

The St. Raphael church is a famous building, he said, built out of parts of other churches that closed. For instance, the stone facade is from a Polish church in Chicago.

McGovern earned a philosophy degree from Loyola University in Chicago in 1986. He studied at DePaul University School of Law from 1988 to 1990. He then entered the University of St. Mary of the Lake Seminary in Mundelein, Illinois, in 1990 and graduated in 1994. McGovern became a priest for the Archdiocese of Chicago in 1994.

McGovern said an announcement like his Belleville appointment is normally done in person and he would have been in Belleville for it. But because of stay-at-home orders, McGovern remains in Old Mill Creek and recorded a video for the Vatican website.

“For everybody’s safety, we didn’t do a press conference,” he said. “As soon as the governor lifts the order, I will drive down to Belleville and meet people.”

In the meantime, he plans to work the phones to introduce himself to lay people and others in the parish.

McGovern said he began coming to St. Louis when he was in his 30s to visit a friend who lived at Jesuit Hall at St. Louis University. “We’d go to Ted Drewes for concretes, the Hill for toasted ravioli. Those kind of things,” he said. “I like St. Louis very much.”

He said he would often go through the diocese in Belleville and has been to the famous shrine, Our Lady of the Snows.

McGovern said his interest in becoming a priest probably started when he was in second grade with his first communion. His parents were always supportive, he said, and “strong Catholics.” His interest deepened in high school when he went to chapel five days a week.

He attended law school and thought of becoming a real estate attorney. “I was interested in neighborhoods and property,” he said. “That’s what I thought I would do, focus on real estate law.”

But he ended up taking a leave of absence from law school and entering the seminary. “It was the right decision,” he said. “What I learned in law school, contract law and torts, helped me as a parish priest. Read the contract before you sign it.”

McGovern put together a YouTube video in 2011 called, “So, what does a priest do all day?” It was a detailed although somewhat bland account. But McGovern has a colorful side, as evidenced in a 1994 Chicago Tribune article about newly ordained priests. The article said that when McGovern was a boy at Christ the King Elementary School in Chicago’s Beverly neighborhood, he played priest.

“Pepsi was my wine,” he said in the article. “A Campbell’s chicken noodle soup can was the chalice, and if you take a piece of Wonder Bread and smash it down, then take a glass and turn it upside down, you can cut out a piece” resembling the communion wafer.

As an 8-year-old boy, he also mispronounced words as he played a priest, he told the newspaper.

Michael McGovern, 56, says he will listen to Roman Catholics in southern Illinois before making a list of priorities and goals. 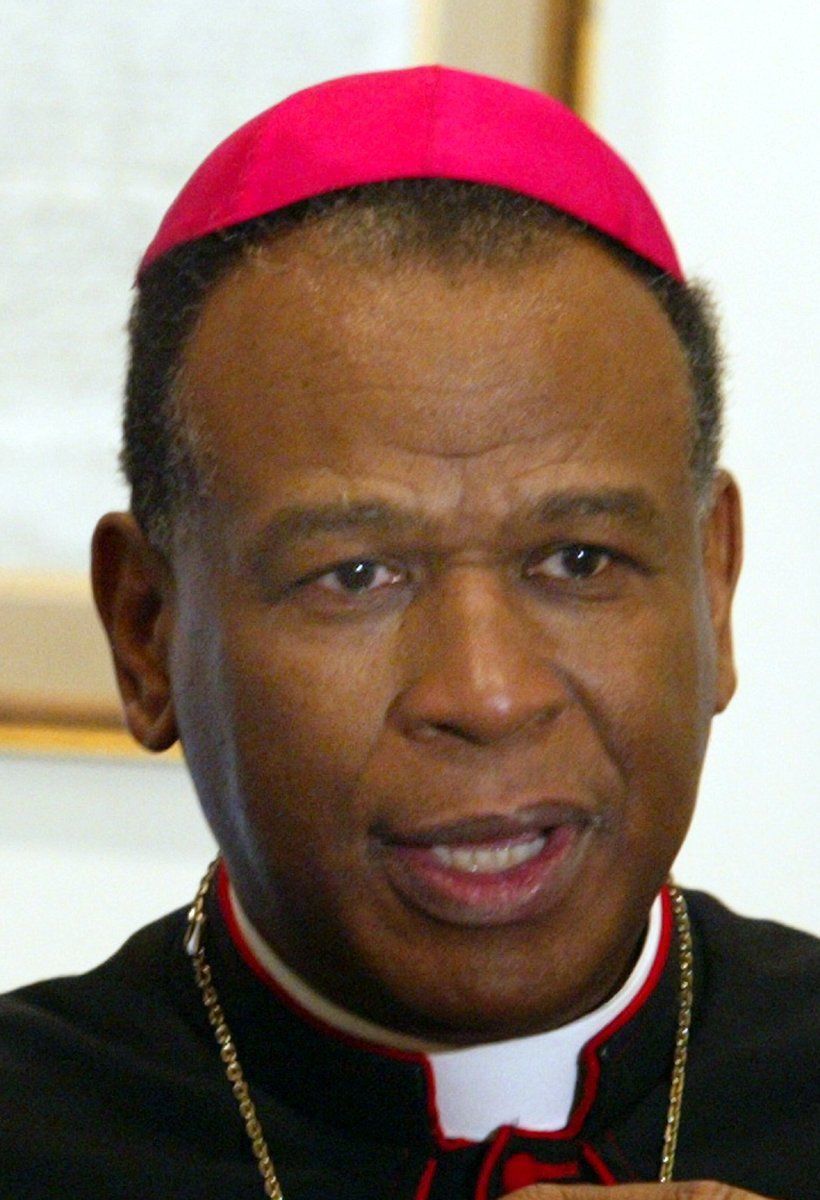 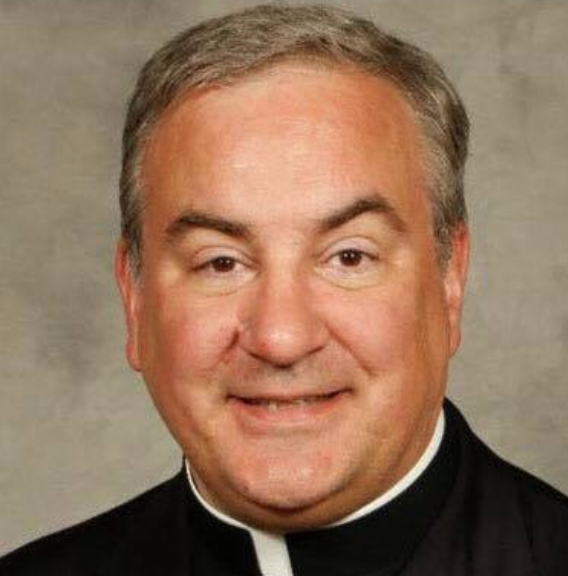