This weekend over one billion Roman Catholic and Protestant Christians across the planet will celebrate Easter.

The exception will be some nearly 200 million Orthodox Christians. Due to a different calculation of the feast day resulting from the Eastern Church’s use of the Julian Calendar (vs. the Gregorian calendar in the West), among other things, the Orthodox this year will celebrate the feast a week later, so that this weekend they will instead observe Palm Sunday, Jesus’s triumphal entry into Jerusalem.

Most Orthodox parents don’t complain, as they are able to take advantage of the many after holiday markdowns of Easter candy.

But beyond the childhood trappings of candy baskets and bunnies, for Orthodox Christians, Pascha (a Greek term borrowed from the Hebrew pesach, or “Passover”) is truly the Great High Feast of the church, the great proclamation of victory over death.

In a moving midnight liturgy celebrated in Orthodox Churches across the world, including the Church of the Holy Sepulcher in Jerusalem where Jesus was believed to be entombed, Orthodox Christians will gather in darkness to light their candles with the “holy fire” passed to them from the church altar.

It is then that the faithful sing the triumphal hymn, “Christ is risen from the dead, trampling down death by death and restoring life to those in the tombs.” The Orthodox icon of the Resurrection, which depicts Christ entering hades and pulling Adam and Eve out from their broken tombs, is a vivid display of death’s defeat.

At the conclusion of the midnight paschal liturgy, Orthodox recite a sermon originally preached by St. John Chrysostom (d. 407 C.E.) calling on everyone, from the devout believer to the lax, the rich and the poor, the first and the last, to join in the celebration of this great victory.

For the next forty days, until Pentecost, Orthodox Christians will happily greet each other with “Christ is risen!” followed by the affirmative reply “Truly his is risen!”

Indeed, why shouldn’t they celebrate? Pascha marks the defining event for Christians, the core of their faith in a loving, compassionate God who would offer up his own for the salvation of humanity. Indeed, without the joyous proclamation of the resurrection, as Paul declared, “our proclamation would be in vain and your faith would be in vain” (1 Cor. 15:14).

Living in an increasingly secular, pluralistic, post-modern, post-Christian, post-you-name-it world, this message is certainly not accepted by everyone. It wasn’t during the time of the New Testament church either.

Indeed, Paul’s preaching before a gathering of Greeks in the agora (an open market) and the Areopagus (a civic square) in Athens, as recounted in Acts 17, confirms it.

Paul begans his preaching to the polytheistic Athenians with the seemingly reasonable proposition that there is but one God (the “Unknown God” to which one Athenian altar was attributed) who is greater than all others and who doesn’t live in idols of stone but instead gave life to the world and everything in it.

To this point Paul maintained the crowd’s interest. But then he turned to the seemingly ridiculous: the assurance of salvation Jesus gave to all by his resurrection from the dead. It was at this point, the story in Acts notes, that some “scoffed”, or according to other translations of the Greek verb echleuason, “jeered,” or “mocked” him. A notable few, including a man named Dionysius and a woman named Damaris, continued to follow Paul and became Christians.

Despite their initial reception to what must have sounded like a reasonable case for a single creator-god, the materialist, rationalist Greeks, which included many who were educated in the Stoic and Epicurean schools of philosophy, simply couldn’t buy such a fantastic claim that a god-man had died on a cross only to walk the earth again.

But as Paul pointed out in his first letter to the Christians at Corinth (Ch. 2), it is not “the wisdom of this age” that comprehends a crucified and resurrected Christ, but God’s wisdom, revealed through the Spirit of God.

The resurrection of Christ continues to be viewed by some as foolishness, or at best wishful thinking. This is especially so for strident materialists, particularly those well known for their vocal denial of God and any notion of eternal life such as Richard Dawkins, Sam Harris, or the late Christopher Hitchens, who I pray passed away only to be met with a pleasant surprise (I don’t say this to be flip. Though I disagreed with Hitchens matters of faith, I respected his ability to craft an argument and write outstanding prose.) In their case, Paul’s reply would remain the same: the wisdom of the world is not a benchmark for the wisdom of God.

To Jewish readers of this blog, have a wonderful Passover. To Christian readers, have a blessed Easter/Pascha. Or, as the Orthodox say, Kali Anastasi! – Have a good Resurrection! 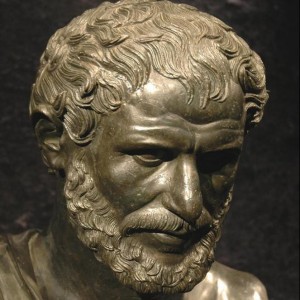 I have been a lifetime member of St. Nicholas Greek Orthodox Church, the “Labor Day Festival” church that my grandfather and a large group of other Greek immigrants founded in 1917 and where he served as the first treasurer.

All non-emergency work will be stopped by 3 p.m. today.

Video: At home with Sean Gottleib and Matthew R. Kerns

Sometimes a subscription detox can be great for your health

Sometimes a subscription detox can be great for your health

Why you feel tired after eating a big holiday meal

Why you feel tired after eating a big holiday meal

Survey: Vegetarianism is on the rise in the U.S.

Survey: Vegetarianism is on the rise in the U.S.