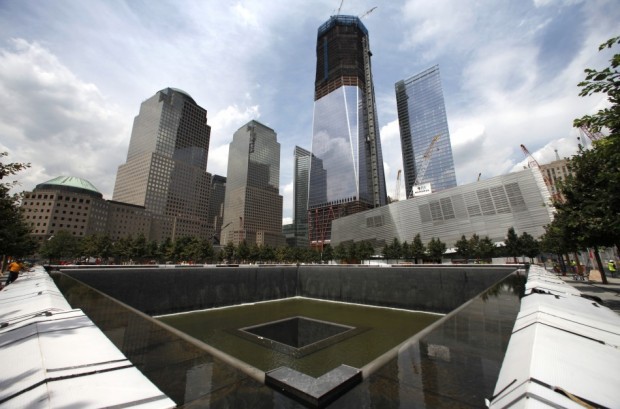 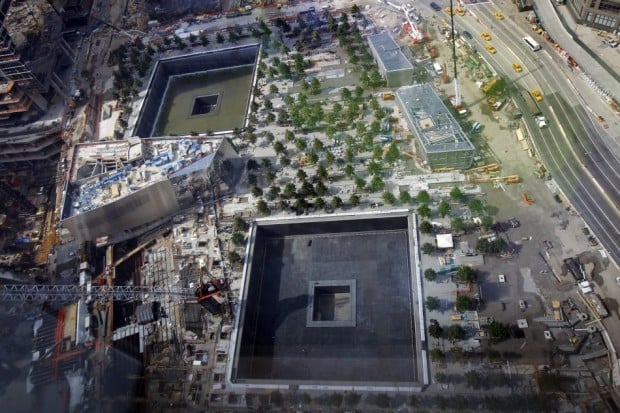 An overhead view of of the two memorial pools being constructed on the exact sites of the original World Trade Center towers. (Photo: Reuters/Mike Segar)

Whether or not there should be clergy present to speak at the 9/11 memorial event planned by New York City Mayor Michael Bloomberg for this Sunday is an open question. I can see the case of both sides.

But there is a danger that their absence can signal what we have forgotten just as easily as what we remember. Lest we forget that firefighters, police, and other emergency workers were working alongside religious clergy that day. Lest we forget that 9/11's first certified casualty was Father Mike Judge, a Roman Catholic priest and chaplain for the FDNY. Lest we forget that the first response of countless other clergy was not to flee Manhattan, but to head straight to the heart of Ground Zero, to minister to those who could not leave, to pray, to comfort, to bind up wounds that couldn't always be seen on the skin.

Clergy like Rev. Bill Wrede who, as far as I know, was the first Lutheran pastor on the scene. He brought with him only a bottle of oil to anoint the wounded and the tireless energy of a chaplain.

Coincidently, Rev. Wrede now lives in St. Louis and he will be talking about his experience at Ground Zero this Sunday at "9-11: A Day of Remembrance" which will also feature a concert by the Erin Bode Group. It will be held at 4:00pm at the Music Stand at Tower Grove Park, and it is free and open to the public.

An anniversary like the one we are about to commemorate reminds us that what we remember necessarily involves what we also forget. The subtitle of this post echoes the title of a book by theologian Miroslav Volf, in which he provocatively argues that our remembrance of traumatic events should also entail a kind of forgetting that allows us to heal, reconcile, and move on.

Now, I am absolutely not saying that we should somehow "forget" what happened on September 11, 2001. But what it is does point out is the fact that—ten years later—it is impossible to remember everything about that day.

The memorial space at Ground Zero enshrines this very fact in the two empty voids where the footprints of the twin towers once stood. Their symbolic "absence" signals the deep and complex coalescence between remembering and forgetting that constitutes human memory.

And often what we forget says more about what we value than what we remember.

All of which ultimately points to the double meaning of the "end" of memory. The second meaning hints at the "goal" of our remembering:

Some of the answers are obvious. Some of them are sacred. Some are secular. But others are so personal and distinct and profound that we can only express them in our own heart of hearts, both by the presence of what we remember and by the absence of what we have already forgotten.

The delightful world of microgames on Switch

The delightful world of microgames on Switch

Church attendance surged in the aftermath of the terrorist attacks 10 years ago. People of many faiths will mark Sunday in different ways. Our…

9/11 memorial is a solemn and sobering reminder

An overhead view of of the two memorial pools being constructed on the exact sites of the original World Trade Center towers. (Photo: Reuters/Mike Segar)