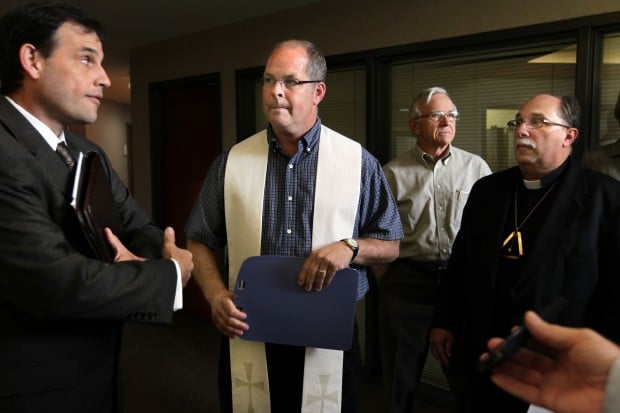 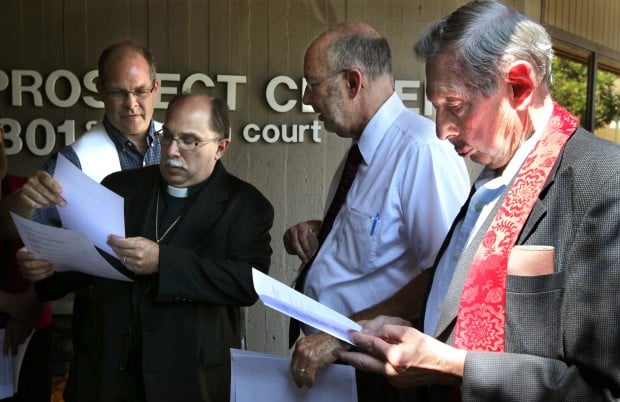 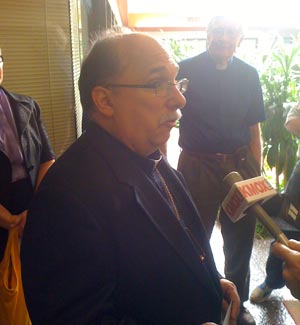 The Rev. Jeffrey Whitman and other clergy members delivered a statement Wednesday, June 29, 2011, to the office of U.S. Rep. Todd Akin over the Republican's statement that there's a "hatred for God" at the heart of liberalism.  Jake Wagman/Post-Dispatch 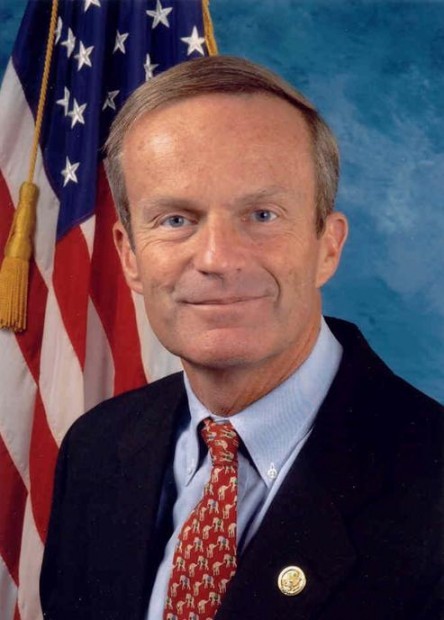 Akin has since apologized for the remark made last week in a radio interview sponsored by the conservative Family Research Council.

However, Akin was unavailable to meet with the clergy members personally. The congressman was in the district, but his office said they didn't have advanced notice of their visit.

The clergy members accused Akin of condemning "in disrespectful, stereotypical terms those with whom you disagree."

"As a representative he should represent all of us," said the Rev. Jeffrey Whitman, a conference minister with the United Church of Christ.

"And he should represent all of us fairly and equally."

Akin has insisted his comments were meant for liberalism as a political philosophy, not for individuals or a particular faith.

The remark came amid discussion of NBC's decision to edit a broadcast version of the Pledge of Allegiance to omit the words "under God, indivisible."

On Capitol Hill, Akin — who is now running for the U.S. Senate — has pushed legislation to preserve those words in the Pledge.

On a national radio show, the congressman said liberals have a hatred for God.

U.S. Rep. Todd Akin is catching flak from some Missouri religious leaders for saying last week that “at the heart of liberalism really is a ha…

The Rev. Jeffrey Whitman and other clergy members delivered a statement Wednesday, June 29, 2011, to the office of U.S. Rep. Todd Akin over the Republican's statement that there's a "hatred for God" at the heart of liberalism.  Jake Wagman/Post-Dispatch