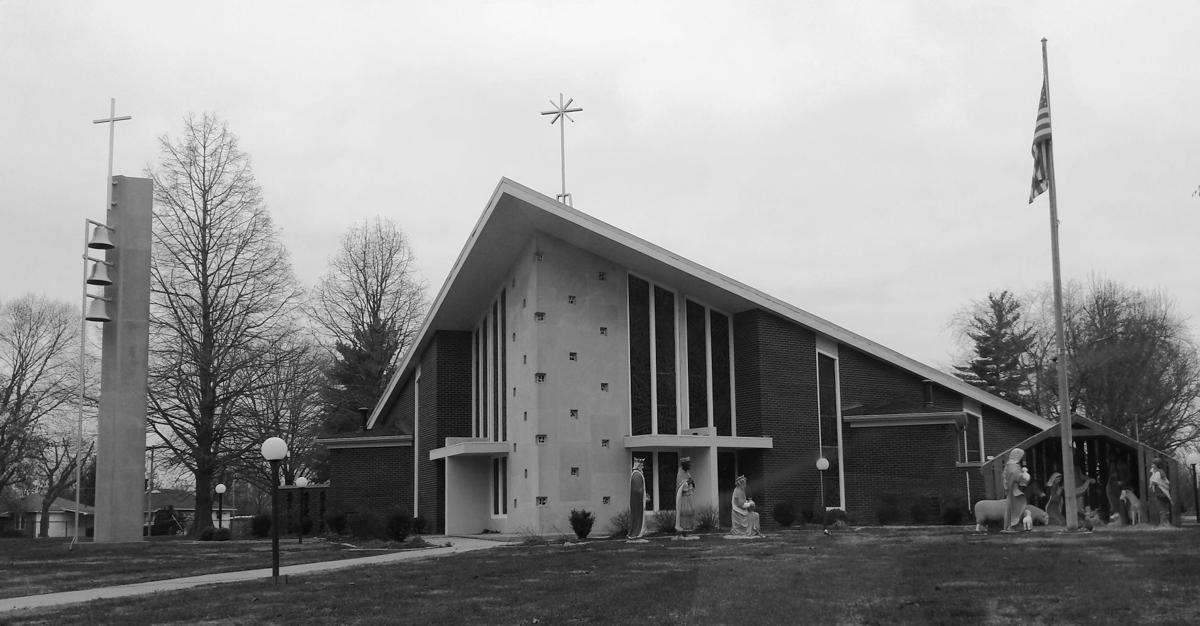 St. Andrew Catholic Church in Christopher, Ill., is decorated for the Christmas season Dec. 17, 2015. Photo by Jesse Bogan, of the St. Louis Post-Dispatch. 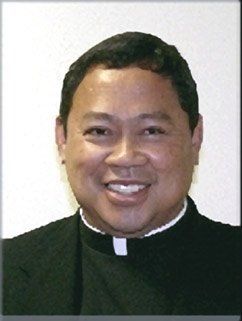 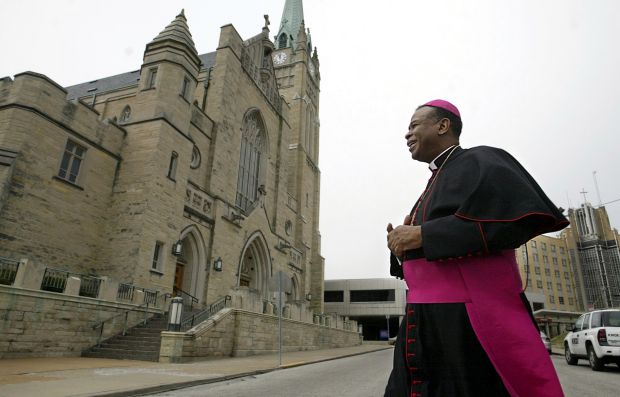 CHRISTOPHER, Ill. • Southern Illinois farming communities produce a lot of corn and soybeans, but not many priests these days.

The Belleville Diocese, the organization that oversees Roman Catholic churches in the region, depends on the church’s international ties to recruit missionary priests from across the globe. In Latin, they are called fidei donum, or gift of faith.

The Rev. Peter Balili, of the Philippines, was one such gift, with a tough assignment. He was called to replace the Rev. Steven F. Poole, who was arrested in 2010 for theft.

By many accounts, Balili was a good-hearted priest who was well-liked at St. Andrew Catholic Church in Christopher and St. Mary’s in Sesser, both small towns near Rend Lake. And not just because he kept the parishes alive amid pressures to close churches in remote areas.

Balili seemed to have the spirit to lead his flock out of an embarrassing time. He’d sing “You are my sunshine” and interact with parishioners of all ages.

Then, without fanfare, he left in 2014. Another international priest replaced him.

“It’s been a tough time,” said Rodney Fourez, 51, a parishioner here. “We’ve gone through a few of them… I’d just like to see Christopher have a church that it used to have.”

Rural parishes like St. Andrews will likely never have a church like it was is the past, when large Catholic farm families filled the pews. Those are realities parishioners know well.

But the quiet departure of Balili — and the lack of answers from the Belleville Diocese — is somewhat of a mystery here.

There was nothing mysterious about the Rev. Poole’s exit.

Newspapers wrote about how he’d been caught stealing an old tavern sign in 2000 from a Ladue antique store. Then, a decade later, he was arrested trying to steal butter and a sofa cover and swapping price tags on a foam mattress at Walmart in West City, Ill. After treatment, he has since returned to ministry elsewhere.

Churchgoers never knew why Balili left, according to several interviews with parishioners over the past few months.

When asked Thursday, a receptionist at St. Andrew said: “That I have no comment on, goodbye.”

None of the congregants contacted for this story said they were aware that the Belleville Diocese had, in fact, kicked out Balili and requested that he be sent back to the Diocese of Tagbilaran in the Philippines.

That apparent lack of information raises questions as to whether — well more than a decade after the clergy sex abuse crisis broke open in Boston — the push for disclosure and transparency has reached all corners of the church.

Balili’s case highlights how some organizations within the church are supplying key information about problem priests to the public, even as others remain tight-lipped.

For example the U.S. Conference of Bishops supplies warnings of misbehavior about certain clergy to dioceses.

It did so with Balili’s case, disclosing that the Belleville Diocese dismissed him because of instances of what it viewed as “inappropriate conduct regarding certain of his parishioners.” The notice did not specify the nature of that conduct or the age of the parishioners.

“The Diocese of Belleville also indicates that it has learned of similar inappropriate conduct in Fr. Balili’s previous assignments,” a warning reads. In it, those needing further information were urged to contact the Rev. Von C. Deeke, liaison for international priests for the Belleville Diocese.

But Deeke didn’t return requests by the Post-Dispatch for comment made over a period of several weeks. Nor did his boss, Belleville Diocese Bishop Edward Braxton.

The Rev. John Myler, who often serves a spokesman for the Belleville Diocese, said late last year that he wasn’t aware of the warning or the details of the matter.

“If there were anything that would have involved minors, it would have been referred to our review board,” he said.

A parishioner at St. Andrew the past 25 years, and others, said she wasn’t aware the warning existed. She said it was concerning but didn’t want to get involved.

In contrast, a diocese more than 500 miles from Belleville passed along the warning on Balili, even though the priest had no apparent connection there other than being Catholic.

The Diocese of Cleveland made a short mention of Balili in a 2014 public memorandum. In it, members of the diocese were alerted to past misconduct by Balili and two other priests.

A spokesman for the Cleveland Diocese said it has been publishing that kind of information on priests across the country for years.

Balili served in California and other locations before coming to Southern Illinois. Told about the warning, the Archdiocese of San Francisco responded to questions about his record there.

Brown provided this response to why Balili was dismissed from St. Timothy for inappropriate use of Facebook and communication with students:

“His pastor was the prime mover of this dismissal after the pastor apparently had some concern and had an IT guy examine Balili’s computer and discovered ‘inappropriate’ images of students. There were no pornographic images on his computer but there were Facebook images of students, which is against parish social media usage policy. This was enough for the pastor to dismiss him from his position. The following day, Feb. 3, 2010, Balili’s faculties were withdrawn within the Archdiocese and shortly thereafter his home bishop was notified of this fact.

“Important to note that there were no reports of inappropriate contact with children and no victims of any sort came forward. A follow-up internal report referenced the social media problem but also that Balili didn’t work out well at either assignment. I would read this to mean that he was not pastorally effective in his two brief jobs.”

Not long after California, Balili was assigned to the Belleville Diocese.

It’s unclear if Balili is still working as a priest, though a posting on Facebook by an acquaintance still refers to him this month as Father Balili. He did not respond to requests for comment through social media. A doctor from the Philippines who lives in Southern Illinois and was said to help bring him to the area didn’t return calls for comment.

The Rev. Urban Osuji, of Nigeria, replaced Balili at the Southern Illinois parishes.

Approached in December, he didn’t comment about Balili other than to refer a reporter to Mike Roland, a local public defender who is a deacon at St. Andrew. Reached last week by telephone, he said he had no comment.

Jason Berry, author of the book “Render Unto Rome: The Secret Life of Money in the Catholic Church,” said the church needs to make additional progress when it comes to disclosure.

“The bottom line, where there is darkness there needs to be light,” he said. “Catholics are mature enough to accept the truth, but when people conceal the information, that is when people begin to lose faith in a given bishop or church.

“Or they shake their head and wonder why the institution has so much trouble doing what they tell us to do — and that is to be truthful.”

Forgotten expenses you should remember to budget for

The lawsuit says the Roman Catholic organization in southern Illinois was negligent. Church officials didn't respond to requests for comment.

St. Andrew Catholic Church in Christopher, Ill., is decorated for the Christmas season Dec. 17, 2015. Photo by Jesse Bogan, of the St. Louis Post-Dispatch.