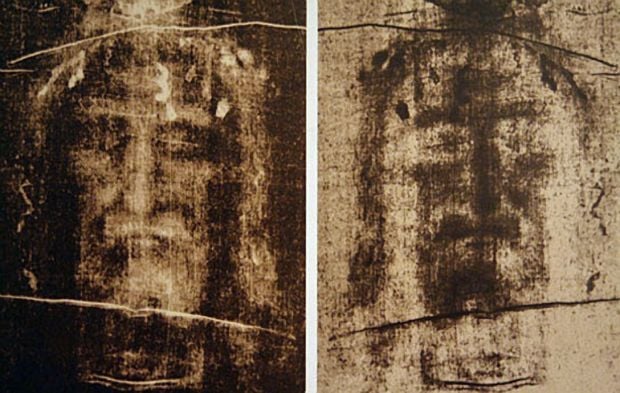 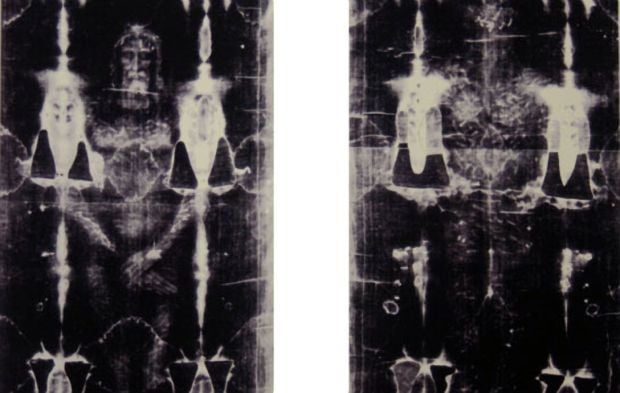 It’s been called the most scrutinized artifact on Earth, but to the faithful, the Shroud of Turin signifies the reality of Jesus’ death and resurrection.

Still, the 14-foot-long, 3-foot-wide stretch of cloth mysteriously imprinted with a faint, brownish image of a naked man and wounds that mirror those of a crucifixion, has inspired decades of debate over whether this particular shroud was buried with Jesus and depicts him.

Although the northern Italian city of Turin has housed the shroud since 1578, discussions on the relic take center stage in St. Louis this weekend.

Forty experts, scientists and enthusiasts are introducing the latest research surrounding the so-called burial cloth of Jesus at an international four-day conference, opening today at the Drury Plaza Inn in Chesterfield.

The last Shroud of Turin conference was held in Columbus, Ohio, in 2008. The Archdiocese of Turin is also planning a public exhibition of the relic in 2015 that Pope Francis is expected to attend.

Russ Breault, who first became interested in the Shroud of Turin when he wrote about it for his college paper, will deliver the opening talk that will focus on how the pattern of wounds on the man seen on the shroud — markings consistent with a crown of thorns, a pierced wrist and what appear to be blood stains — correlate with what the Gospels say happened to Jesus.

For Breault, the question — “Could this be the burial cloth of Jesus?” — is one worthy of rigorous pursuit.

“This is one of the greatest unsolved mysteries in the world,” Breault said from his home in Atlanta. “It all comes down to possibility and what that possibility represents.”

To others the puzzle surrounding the origins of the cloth was solved in 1988 when laboratories in Arizona, Oxford and Zurich, Switzerland, all determined through carbon dating that the Shroud of Turin originated around 1260 to 1390.

“These results therefore provide conclusive evidence that the linen of the Shroud of Turin is medieval,” researchers at that time concluded. The dating matches the first known reference to the shroud in church history.

And yet, confidence in the shroud’s authenticity has endured.

John Beldon Scott, director of the School of Art & Art History at the University of Iowa and author of “Architecture for the Shroud: Relic and Ritual in Turin,” said the shroud continues to fascinate enthusiasts because, unlike other religious artifacts, it invites viewers to interpret.

“The visual experience of seeing that particular relic is quite unusual,” Scott said. “It really requires the participation and the imagination of the viewer.”

The mystique of the cloth is also enhanced, he said, by the fact that it is rarely on display.

There are also those who were never convinced by the carbon-dating results. They argue the research was compromised and that the tested fragment was actually a medieval piece of cloth added to the artifact to repair damage, which resulted in a false reading.

“The radiocarbon sample has completely different chemical properties than the main part of the shroud relic,” Raymond Rogers, a retired chemist from Los Alamos National Laboratory in New Mexico, told the BBC News in 2005.

Some, like art historian Thomas de Wesselow, have even attributed the belief in the resurrection and consequent spread of Christianity to the Shroud of Turin, arguing that when Mary Magdalene and two other women approached Jesus’ tomb what they saw was actually a cloth with an image of a man.

The Roman Catholic Church itself has come down somewhere in the middle with regard to the authenticity of the shroud. Although it has not declared the artifact a bona fide relic, since it was willed to the Vatican in 1983, the popes themselves have venerated the object.

Pope John Paul II, who arranged for a public showing of the shroud in 1998, said the icon “attests to the tremendous human capacity for causing pain and death to one’s fellow man” and “the suffering of the innocent in every age.”

In 2010, Pope Benedict XVI spoke of the shroud in relation to the light of the resurrection.

“It seems to me that, looking at this sacred cloth through the eyes of faith,” Benedict said, “one may perceive something of this light.”

Pope Francis spoke about the cloth when in 2013 it was broadcast on Italian television. The face of the shroud, he said, “resembles all those faces of men and women marred by a life that does not respect their dignity, by war and the violence that afflict the weakest.”

There is even a smartphone app for the shroud that features images of the cloth along with excerpts from the Gospels prepared by the Diocese of Turin and the International Center of Sindonology, which is dedicated to the scientific study of the relic.

Physicist Arthur Lind of Chesterfield, a former Boeing employee, will present at the conference. He will focus on what some believe are the shroud’s blood markings.

“I don’t need the shroud for my faith,” said Lind, who describes himself as a Christian. “I like solving problems, so this is a problem that I’m trying to solve.”

Breault also says proving the shroud is the burial garment of Jesus isn’t crucial to him. Still, he admits he’s “rooting for the home team, for sure.”

“But again, if it remains an unresolved mystery,” he said. “I’m fine with that too.”

When: Today through Sunday.

Tickets are $150 for all events, $50 per day. Opening talk is free. Register at stlouisshroudconference.com

Watch Now: How to live a healthy and active lifestyle

Watch Now: The best places to live in the US

Watch Now: The best places to live in the US

An annulment process that critics say makes it too easy to negate marriages could get even easier.

Attorney Mark Antonacci's has made something of a second career studying the fabric that some believe is the burial cloth of Jesus.

Animals of all shapes and sizes get blessed

Pets 'teach us how to love,' says dean at Christ Church Cathedral.

The Islamic Foundation of Greater St. Louis is officially denouncing the Islamic State of Iraq and Syria, or ISIS, on the occasion of the Musl…