Subscribe
Read Today's E-Edition
Share This
Made in St. Louis: She loves St. Louis so much, she illustrated it in a calendar
0 Comments
Share this
1 of 3 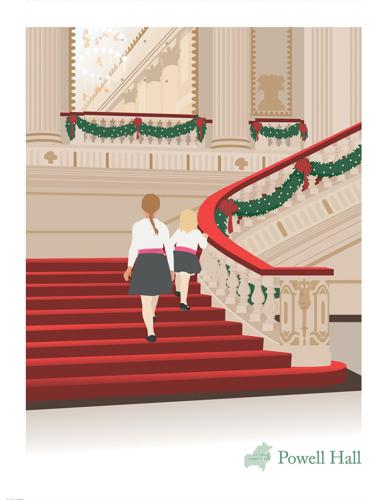 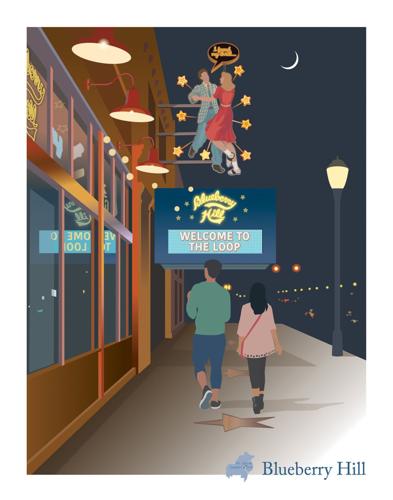 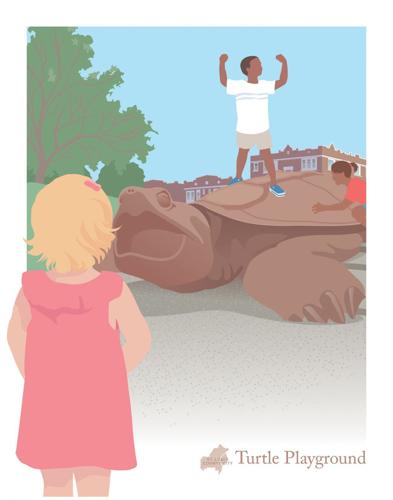 A Year in St. Louis Calendar

What she makes • Muhm illustrated a 2018 calendar celebrating unique St. Louis places and experiences for every month of the year. The 12 sophisticated color prints may also be hung at home or in the office in standard 11-inch-by-14-inch frames once the calendar month passes.

Where to buy • Artmart, Down by the Station in Kirkwood, Missouri History Museum Shop, Subterranean Books in the Loop, Union Studio.

Janet Muhm’s love of St. Louis runs deep, as evidenced by her lively calendar, a Year in the City, featuring 12 sophisticated illustrations of greater St. Louis area landmarks and traditions. She illustrated, designed, wrote and sold the art calendar while she conducted a job search last year. “I have more of a work ethic than I thought,” she says. “I like to stay busy.”

Her skill set • Muhm drew on her experiences as a graphic designer, art director, illustrator and writer to engage with St. Louis, the city she loves. “Working on the calendar brought me up close and personal to so many places in St. Louis,” she says. “I take the photos for each of the drawings, which I then created in Adobe Illustrator.” Muhm often uses multiple images she shot to create one drawing. “When I chose the images, I thought of them as visual stories.” Muhm carefully constructed her stories, choosing sites with popular appeal for millennials, young families with children and for older adults. She included a nod to the east side with the September illustration of apple picking at Eckert’s farms.

St. Louis vignettes • In addition to the illustrating joy of apple picking, Muhm’s final drawings include the statue of King Louis on Art Hill, the Fountain on Locust, Soulard Market, Citygarden, the Spirit of St. Louis, the Boathouse in Carondelet Park, Turtle Park, the Lemp Mansion, Blueberry Hill and the grand staircase at Powell Hall.

Production and promotion • When she finished the designs, Muhm donned her business hat to get the calendar produced. “People asked me where I was going to print it,” Muhm says. “It never occurred to me to go to China or Japan. I used a company in St. Louis for the calendar. When I got the bid, the printer told me the cost of binding an integrated calendar was nearly as expensive as the printing itself.” Muhm decided to explore binding alternatives, using her contacts from her days as an art director. “I called a friend at Binding Solutions and asked if they had any used equipment to sell. They did. At the time, my son, Colin, wasn’t working full time. He was willing to take on the job of binding them.” Soon after, Colin found a job he loves. “My husband Kevin and I now bind all the calendars,” she says.

Selling an idea • With production and a web site in place, Muhm began cold-calling local shops to sell the calendars. The shop owners’ responses and enthusiasm nearly overwhelmed her. “Every time I went into retail stores to sell the calendar, there hasn’t been a single shop owner who hasn’t said ‘What about this place?’ I have already started on the 2019 calendar.”

When stories get personal • Many of the scenes depicted in the calendar are personal for Muhm. She lived for a time in Holly Hills and often passed the Boathouse overlooking the fishing lake. “I often walked and biked those paths.”

• Space for everyone. “Kevin and I both went to Wash U. We watched with great glee as Joe Edwards expanded Blueberry Hill,” Muhm says. “The hamburgers were great and no one ever seemed out of place at Blueberry Hill, including the man in the white suit who would dance with himself.”

• A awe-inspiring experience. When Muhm wanted to illustrate the Grand Staircase at Powell Hall, she chose to place two children, hand in hand, ascending into the hall. “The scale of the children, against the stair, going to the symphony, perhaps for the first time — I wanted to invoke the sense of wonder I feel every time I enter the building.”

• Unafraid at Turtle Park. “I took a photo of a little boy standing on top of the giant turtle because I liked the angle, but there was a blank negative space in the foreground. I added the little girl. Now I see the girl is me. Well, not literally me, but the child I was who held back, watched and waited. The girl who would have hesitated before jumping on the turtles.

The reasons • She and her husband continue to have fun exploring St. Louis. On the website, she answers an FAQ: What made you decide to create A Year in the City? “There is so much to love about St. Louis, but that’s not always the image that gets projected. It should be. At its core, St. Louis is a kind and caring community.”

Kylie Jenner stole the show at Schiaparelli's couture runway in Paris when she arrived in a black velvet strapless gown adorned with the life-size head of a lion — a pre-release from the label's Spring-Summer 2023 couture collection that debuted moments later.

The 1980s club kids inspired Valentino in one of the last high-octane shows of this Paris Fashion Week couture season. Other highlights included K-pop stars and Kylie Jenner's lion head outfit. Here's a look back at the week of shows.

The pioneering Black performer Josephine Baker — who left the United States to find global fame in Paris in the 1920s — was Dior’s muse for an old school spring couture collection of archetypal classicism. With her caressing velvets and silks, embroideries, sequins and tiny silver studs, designer Maria Grazia Chiuri may not have reinvented the wheel, but she certainly embellished it beautifully on Monday, the first day of Paris Fashion Week. Yet the event's first day wasn't without controversy after Dior was criticized for inviting a Russia influencer sanctioned by Ukraine. Meanwhile, Schiaparelli was the subject of online ire for glamorizing trophy hunting after featuring a fake lion’s head.

Why factoring fun in your monthly budget is important

Why factoring fun in your monthly budget is important

Why your dog has 'zoomies' and how to keep them safe

Why your dog has 'zoomies' and how to keep them safe 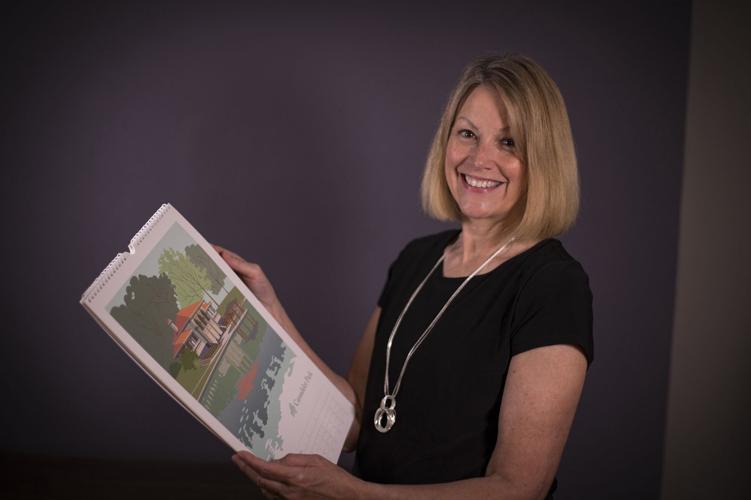 Janet Muhm designed, illustrated and wrote her first 2018 Year in the City calendar in her down time during a recent job search. "I have more of a work ethic than I thought," she says. (Photo by Glennon Williams)