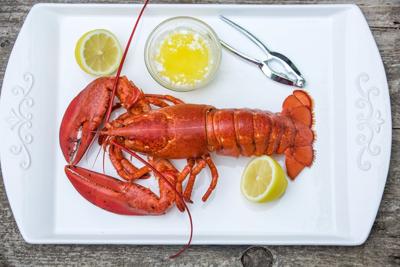 It’s hard to believe that an ingredient now considered such a shining star in the firmament of fine dining was once simply discarded as a throwaway item when it appeared unwanted in fishing nets. How times have changed. Today, lobster tops many favorite luxury food lists, coveted by discerning diners for the distinctive flavor and texture of its precious meat.

Family-owned since 1974, Supreme Lobster manages distribution of the prestigious product from its Chicago hub to several Midwestern states and Las Vegas, sourcing live lobsters from Canada, Maine and a global assortment of purveyors. The company follows the harvest of lobster in season around the world to assure customers they’re getting the freshest, tastiest crustaceans.

“In Maine and points north, lobster is a whole culture,” says Carl Galvan, national buyer and marketer at Supreme Lobster. “Every house has lobster traps, and by age 13 or 14, these hardworking entrepreneurs are either fishing on boats or saving up to get their own boats.”

Once lobsters are caught, they’re brought in off the boats to be rated. The lobsters that make the grade are then boxed up for distribution and shipped to sales outlets. There are exceptions, of course — pregnant lobsters, for instance, are thrown back. Seasonality, availability and weather all play a role in determining the product’s final market price.

“Lobsters are rated by shell strength, size and wholeness,” Galvan describes. “Here at Supreme, we buy hard-shell lobsters, which are the most expensive, but also offer the biggest meat yield. They're strong and lively, and we don’t have to worry about a lot of product loss in our tanks.”

Size differentiations typically range from what Galvan calls “chicks” (one-pound lobsters) and “quarters” (1.25 pounds) to “halves” (1.5 pounds) and “deuces” (two-pound lobsters). Some whoppers can weigh up to five pounds or more. “Culls” only have one claw, but are otherwise the same as any other lobster in terms of quality.

When shopping for lobster to cook at home, Galvan advises customers to look for a fighting spirit.

“You definitely want to know it’s alive,” he explains. “When it’s taken out of the tank, it should raise its claws at you and slap its tail against its belly as a defense mechanism.”

With frozen tails, make sure the product doesn't have any freezer burn, and that meat goes all the way to the edge of the shell with no gap.

Once you get your live lobster home, keep them cold and wet in a box until it’s time to cook, and plan to prepare them on the day of purchase. Avoid storing them on or with ice, as fresh water can kill the lobster.

“Your fishmonger can pack them with seaweed to store in your fridge, or you can just put some wet newspaper on top of them,” Galvan says. “Whatever you do, don’t put them in the bathtub.”

A quick spear through the head with the tip of a knife is the preferred way to instantly and humanely dispatch the lobster immediately before cooking. Not for the faint of heart, you can also just toss them into the pot as is and clamp down with a heavy lid.

Feeling intimidated or need more help? Supreme Lobster offers a seafood index guide and links to sustainability resources, along with do’s, don’ts and cooking tips for live and frozen lobster on its web site at supremelobster.com.

Neman: The further adventures of one writer's search for the world's best cognac

Louis Treize, as it is colloquially known, is so fine and so expensive because it is made up of 1,200 different eaux-de-vie — fruit brandies — some of them up to 100 years old.

Spiralizing zucchini into "noodles" often translates into a wan and watery dish, a poor imitation of the pasta it attempts to emulate.

Best Bites: Ragu For One

This shrimp and grits recipe is the best ever — really

One beloved regional recipe for shrimp and grits is from South Carolina. Our version, we immodestly contend, is awfully good. Really, seriously good.

As if no-bake weren’t tempting enough, the filling uses nonfat Greek yogurt and reduced-fat cream cheese to cut the calories and saturated fat.

Seriously Simple: Pan Bagnat is a vegetable salad in a sandwich

We usually want our sandwiches prepared with the freshest bread and served immediately, but not this spectacular summer sandwich.

The Kitchn: This peanut butter banana smoothie is cool, creamy and completely satisfying

Smoothies may be the most versatile of foods. They can be a grab-and-go breakfast, a refreshing afternoon snack, an easy way to get in a serving or two of fruits and veggies — or all of the above.