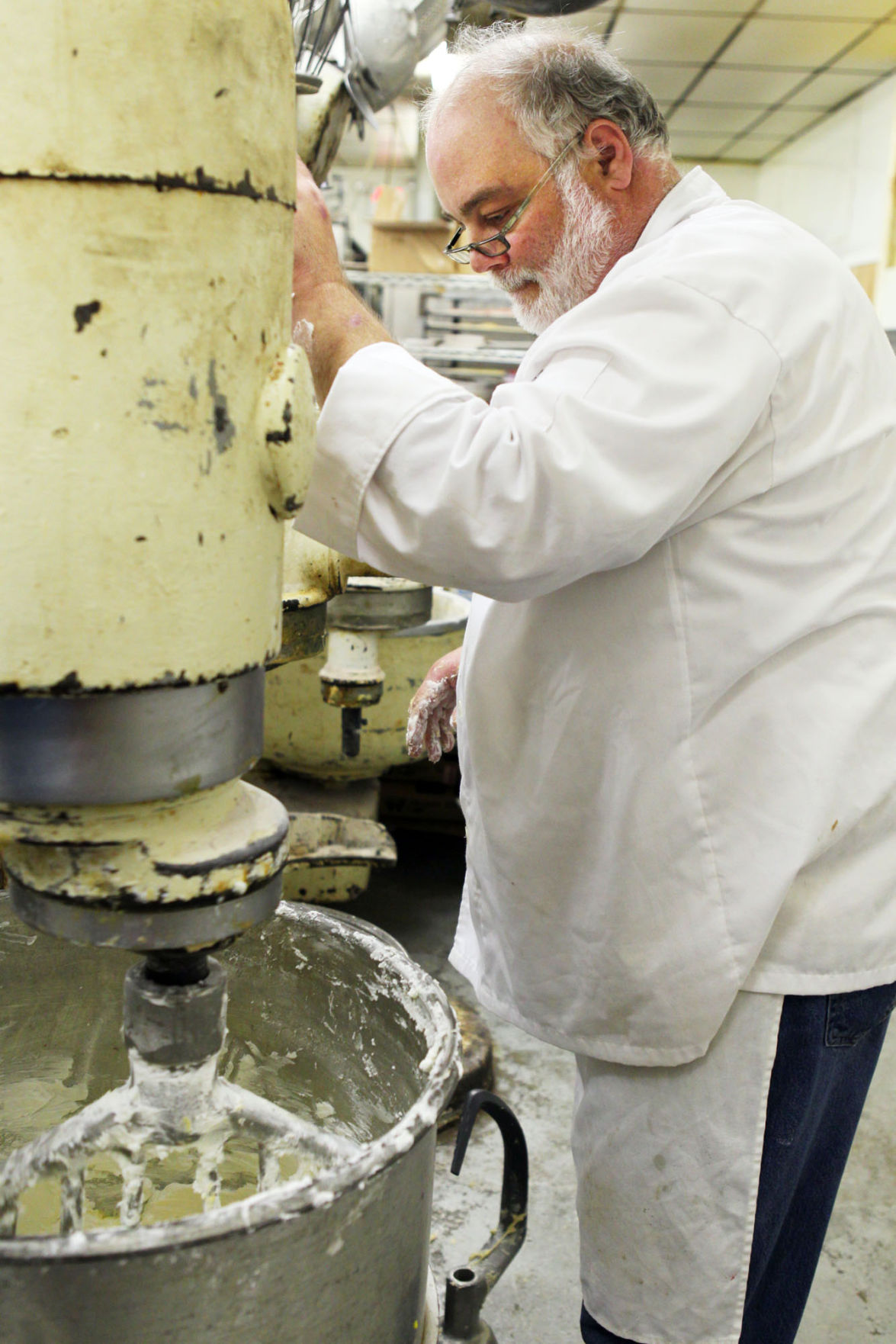 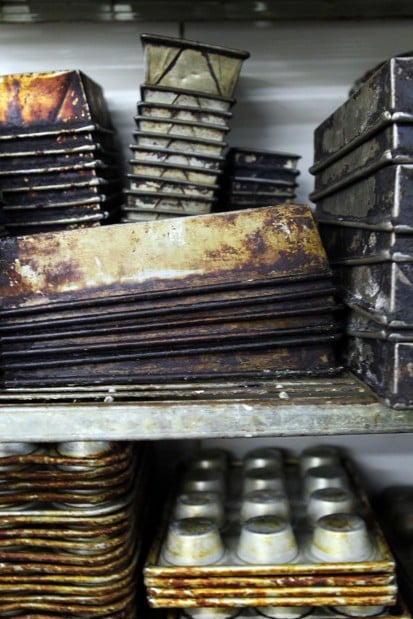 Chris Leuther has a collection of old pans and tins in his shop in Ballwin. Photo by Emily Rasinski, erasinski@post-dispatch.com 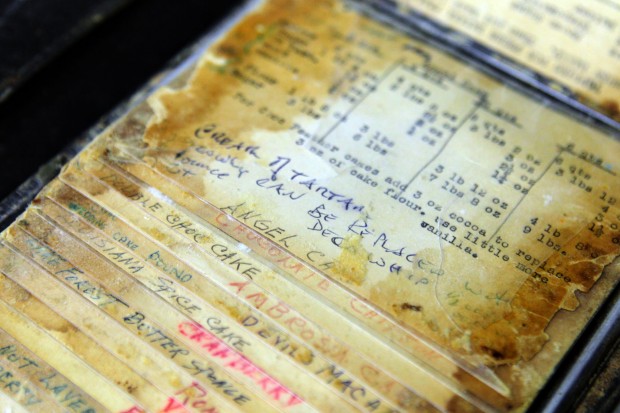 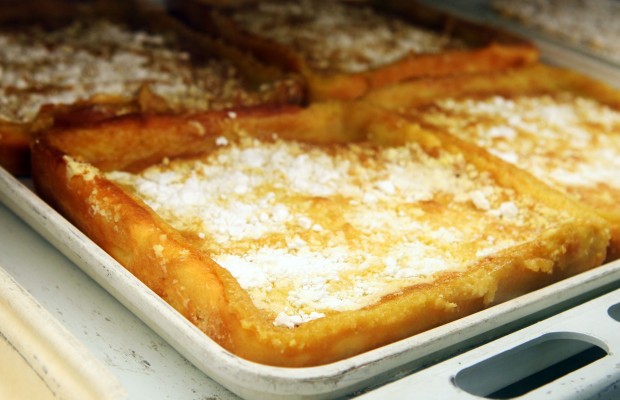 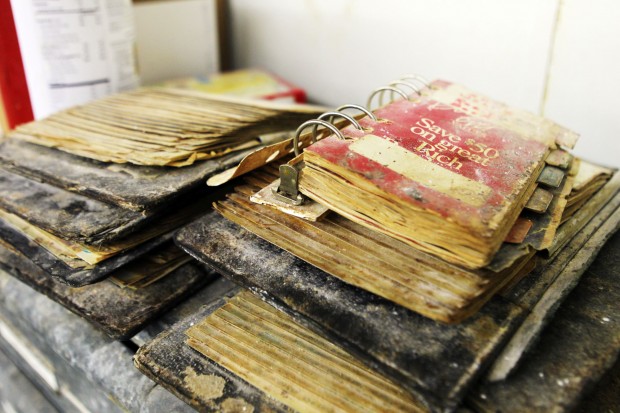 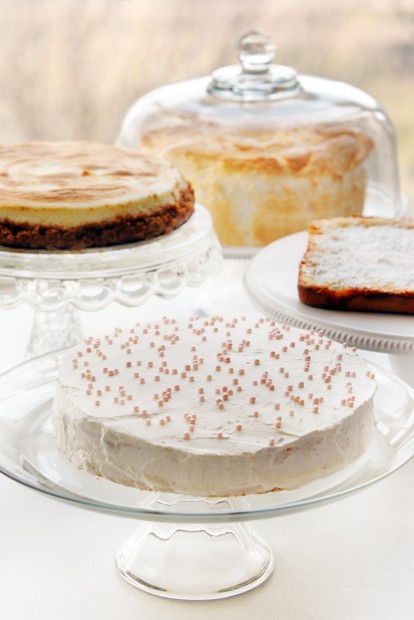 The back room of Party Pastry Shop in Ballwin is two parts working bakery, one part bakery museum.

One of the industrial-scale Hobart mixers dates to about 1930, another even earlier. A heavy metal press that forms dough into a rope and divides it into 36 equal pieces is stamped with the manufacturer's name, "Dutchess," and a patent date of 1916. A much smaller device, which looks a bit like a garlic press — except six times bigger and with scary metal teeth — pits and slices Italian plums.

All are still operational, as is almost everything, old and new, scattered about the baking area. But owner Chris Leuther doesn't limit his collecting to mechanical devices. On top of a line of metal storage drawers is a stack of tattered binders housing note cards slipped inside overlapping plastic sleeves, so yellowed that they're almost opaque.

"This is the holy grail," Leuther says. "All the recipes from Lake Forest."

Lake Forest Pastry Shop was one of St. Louis' most cherished bakeries, sweetening the lives of generations of locals during almost 70 years in business at 7737 Clayton Road in Clayton. A second location was on Telegraph Road in south St. Louis County. The bakery closed in 2003.

"When they shut down, they auctioned the place off," Leuther says. "These were in a Dumpster in the back. They eventually made their way to me."

During a career spanning more than 30 years, Leuther, 49, has worked in several local bakeries, including Lake Forest. He and his wife, Vickey, have had their own bakery for about 18 years, operating Brick Oven Pastries in Fenton before purchasing Party Pastry Shop in 2005.

Throughout his career, Leuther has collected baking recipes, or "formulas," as they're known in the trade. As a teenager he befriended Frank Fresenberg, who operated Fresenberg's Bakery in south St. Louis from the 1950s until the 1970s. Fresenberg had been head baker at Warner-Noll Bakery and gave Leuther a collection of hand-written recipe cards from Warner-Noll.

More recently, Leuther found some sheet pans embossed with the Warner-Noll name and put them into use at Party Pastry Shop.

Leuther also has recipes from the old Grau Bakery in St. Louis Hills, and he's picked up small collections of recipes from other local bakeries in various old booklets that were put together for baking conventions or organizations.

One of these wasn't much more than a stack of loose-leaf pages from the 1960s that included notes and recipes from an organization called the St. Louis Bakers Dozen. A typewritten page with a list of 11 of its 13 members shows its age by the use of the old two-letter, shortened word prefixes instead of all-numeric phone numbers (PA5-, standing for PArkview5-, instead of 725-, for example). The names of three members — Don McArthur, Ed Lubeley and William Seibold — are still attached to area bakeries.

When people find out about Leuther's extensive recipe collection, they frequently ask for home versions. The first problem with this is the extensive effort involved in scaling down recipes that make dozens of cakes. In addition, some bakery ingredients — especially from older recipes — don't have easy matches from home pantries.

And then there's the issue of reproducing a fond memory.

"I've worked in a lot of bakeries and talked to a lot of bakers, and when it comes right down to it, so many of these places worked from almost exactly the same formula," Leuther says. "One guy would use more pecans and another would use less pecans, and they'd tweak it just a little bit, but a lot of times different places made exactly the same cake. It seemed special because it made a special memory — but that's all it is, a memory."

Party Pastry's back room fires up every day about 4 a.m. and doesn't let up until 6 p.m. Leuther is there for most of those hours, and when he isn't in the bakery, he's frequently making deliveries.

While he's away, however, another of his acquisitions stands in for him. A statue of a roly-poly baker dating from the 1950s — with trays for product display and a speaker in his head to voice a re-recordable marketing message to passers-by — is perched atop the drop ceiling above Leuther's tiny office.

"I call him the taskmaster," Leuther jokes. "He watches over everything while I'm gone."

View Baker's Dozen: List of 11 members of an organization of 13 well-known St. Louis-area bakers dating to the 1960s. in a larger map

Kendele Noto, 23, is the third generation of the family to work in the bakery, Noto's Fine Italian Confections.

The difficulty of scaling down bakers' recipes for home use is quickly illustrated by one of Party Pastry Shop's recipes for muffins: The firs…

Seven Chinese dishes you can make at home

Seven Chinese dishes you can make at home

Chris Leuther has a collection of old pans and tins in his shop in Ballwin. Photo by Emily Rasinski, erasinski@post-dispatch.com