Karuna, the line of plant-based drinks that are developed and manufactured in the Midtown area of St. Louis, are the product of the company founder’s two conflicting passions.

Passion No. 1 is science. Angela Zeng, the company’s co-founder and CEO, has a doctoral degree in pathology from the St. Louis University School of Medicine and did post-doctorate research work on molecular and cell biology, focusing on oncology, at Northwestern University.

“As a little girl, 5 years old, I always loved traditional Chinese medicine. The first time I visited a Chinese herbal store, I was like: ‘Wow!’ It was almost magical to me,” Zeng said.

“When I was a little older, I read all the books about traditional Chinese herbal stuff. I even read about acupuncture.”

Zeng, 47, was born and raised in China; she moved to the United States in 1996. As a girl, she even thought about becoming a professional herbalist, but her scientific-minded parents objected.

“I studied chemistry as an undergraduate, but I never gave up my passion for herbal medicine,” she said.

The herbal healing part comes from time-honored Asian wisdom about the need to keep a balance in life. Ginger, for instance, is used in some Karuna varieties because it is warm in nature and is used to promote energy; it can prevent cold-related diseases, the theory goes, and also balances “cold-nature” ingredients such as spinach and lemon.

The science and the herbal remedies all come together in Zeng’s philosophy that “food is better medicine” (a 2006 book by Patrick Holford and Jerome Burne was called “Food is Better Medicine Than Drugs”).

“Hopefully, if you lead a healthy lifestyle, you can avoid getting sick,” she said, adding that she was specifically talking about lifestyle-related illnesses such as Type 2 Diabetes.

After completing her post-doctoral research, Zeng returned to St. Louis with her husband, an oncologist now at Mercy Hospital. She received her MBA from Washington University and went to work at KV Pharmaceutical — on the business side, she was quick to point out, working on marketing, strategic planning and the like.

When she had her second child, she realized she needed some flexibility in her routine, so she went to work for a Chinese apple-juice concentrate company that wanted to make inroads in America.

“That allowed me to learn the beverage industry,” she said, and at the same time she unintentionally began learning about making juice. As the unofficial company translator for documents such as Food and Drug Administration requirements, she picked up information about beverage production.

Apple juice concentrate is high in sugar, so she did not want to use it to make smoothies for her children or herself. So she started to think about what kind of ingredients — taken from the worlds of science and Chinese herbalism — to make a smoothie that is healthful.

Her first product was called Detox; it is full of fiber and antioxidants, and is made from mung bean sprouts, aronia berries, kiwi fruits, grapes, lemon and monk fruit, with all of the ingredients organically grown.

“It works like a wonder. I’m not bragging about it, but it does work,” Zeng said.

Bottlers would not touch it; they were wary of some of the more unusual ingredients, and Zeng also needed production runs too small to be worth an established bottler’s time.

So she set out in 2016 to build a factory, and she was in business by 2017. She began selling through a local store in University City and Whole Foods regionally. Now she sells Karuna at Whole Foods throughout the Midwest, Dierbergs, Fresh Thyme, Straub’s and other chains. The products are available in Texas now, too, and she is getting into the East Coast.

She’d hoped that 2020 would be the year she broke even on her investment, “but this year has been a very interesting experience.” Stores are short-handed and put their resources into selling essential items, she said.

“Also, we were going to expand into new retailers, but everything was put on hold.”

At the moment, Karuna offers nine beverages, ranging from Avo-Keto (avocado, coconut and ginger, with mung bean sprouts, lemon and other flavors) to Empower (banana and cinnamon, with black soybean, quinoa and flaxseed). Each one she created and developed herself.

“The issue with me is I have too many new product ideas. I can only focus on a couple each year,” she said.

Fun lunches kids can make themselves

This year, for many families, school lunches are home lunches. If you are already bored with peanut butter and jelly sandwiches, here are a few ideas.

Neman: What's the point of beach cooking when nobody can eat?

With everyone on a diet for health reasons, vacation cooking isn't what it used to be.

What's fresh at the farmers market this week

In addition to its striking layered presentation, the drink is a great sipping cocktail for spring, summer and fall. Its fruity elements complement the Italian specialties and even some pizzas.

In addition to its striking layered presentation, the drink is a great sipping cocktail for spring, summer and fall. Its fruity elements complement the Italian specialties and even some pizzas.

Something fishy happened this summer. Instead of the typical perfectly grilled chicken or juicy grilled steaks, Americans were searching for something else to grill this summer: salmon.

Neman: What's the point of beach cooking when nobody can eat?

With everyone on a diet for health reasons, vacation cooking isn't what it used to be.

RECIPE: The Finkman Cocktail from Onesto

A website is hiring a 'professional cheeseburger tester.' Here's how you can apply

For burger lovers out there, a dream job has opened up: getting paid to eat cheeseburgers (also, Friday is National Cheeseburger Day). 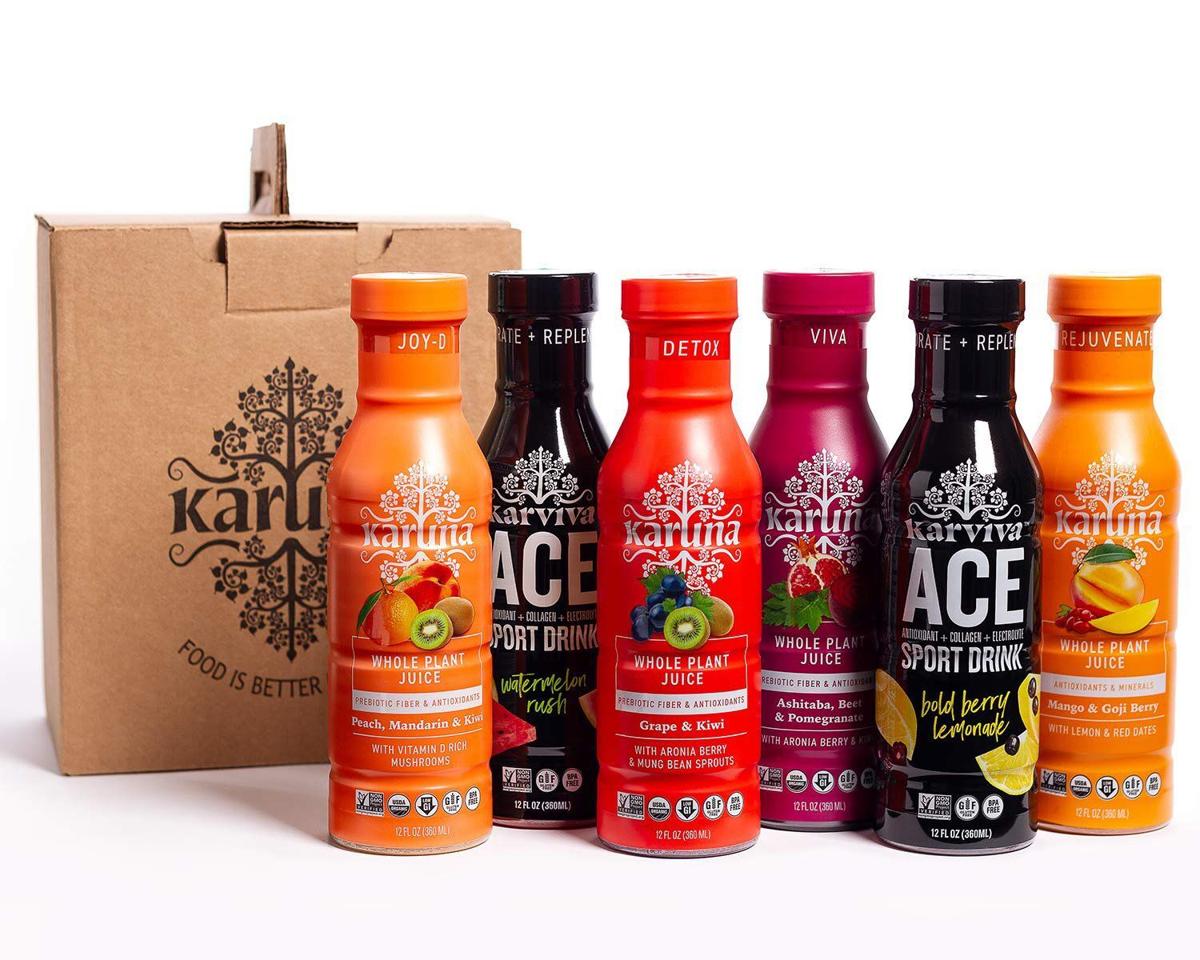 A selection of Karuna products, which are available through Amazon. 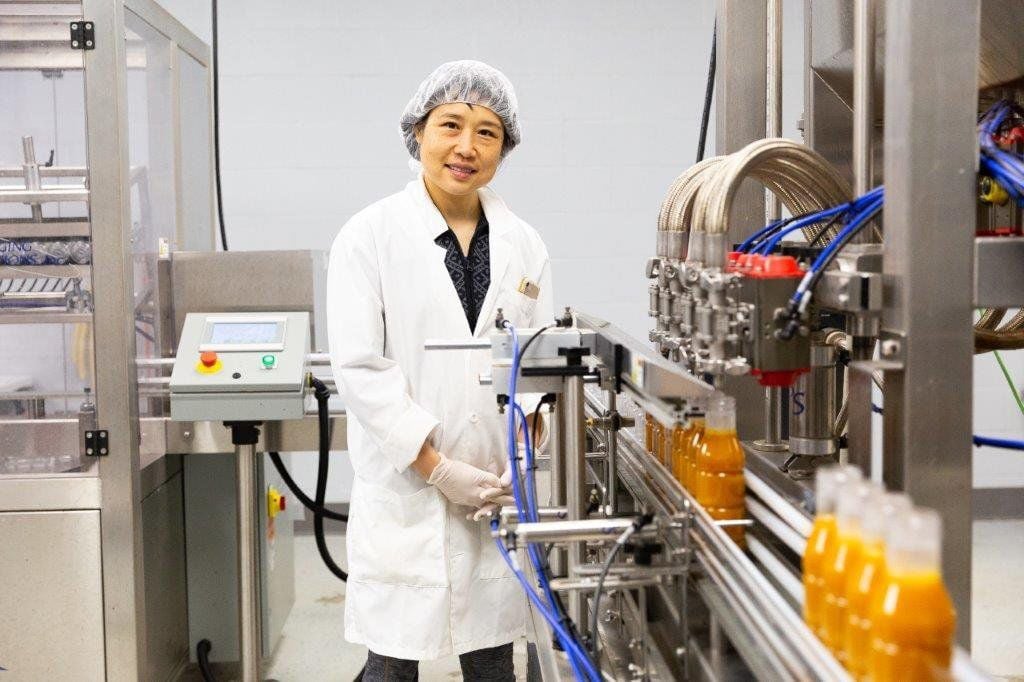 Angela Zeng, co-founder and CEO of Karuna Beverages, bottles a batch of her healthful drinks.