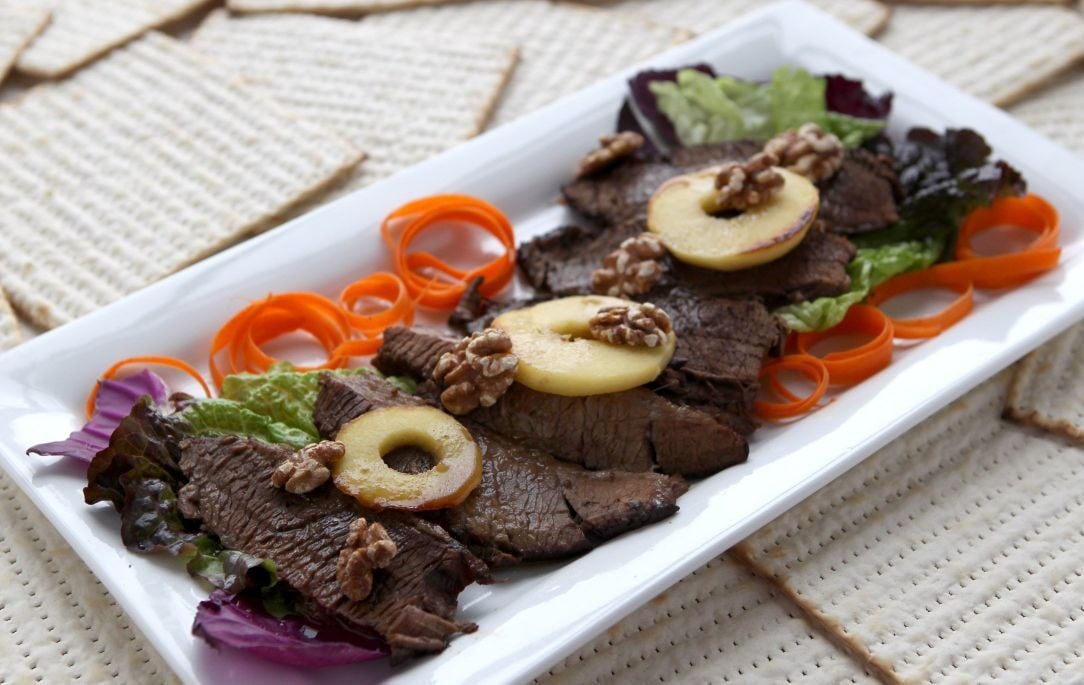 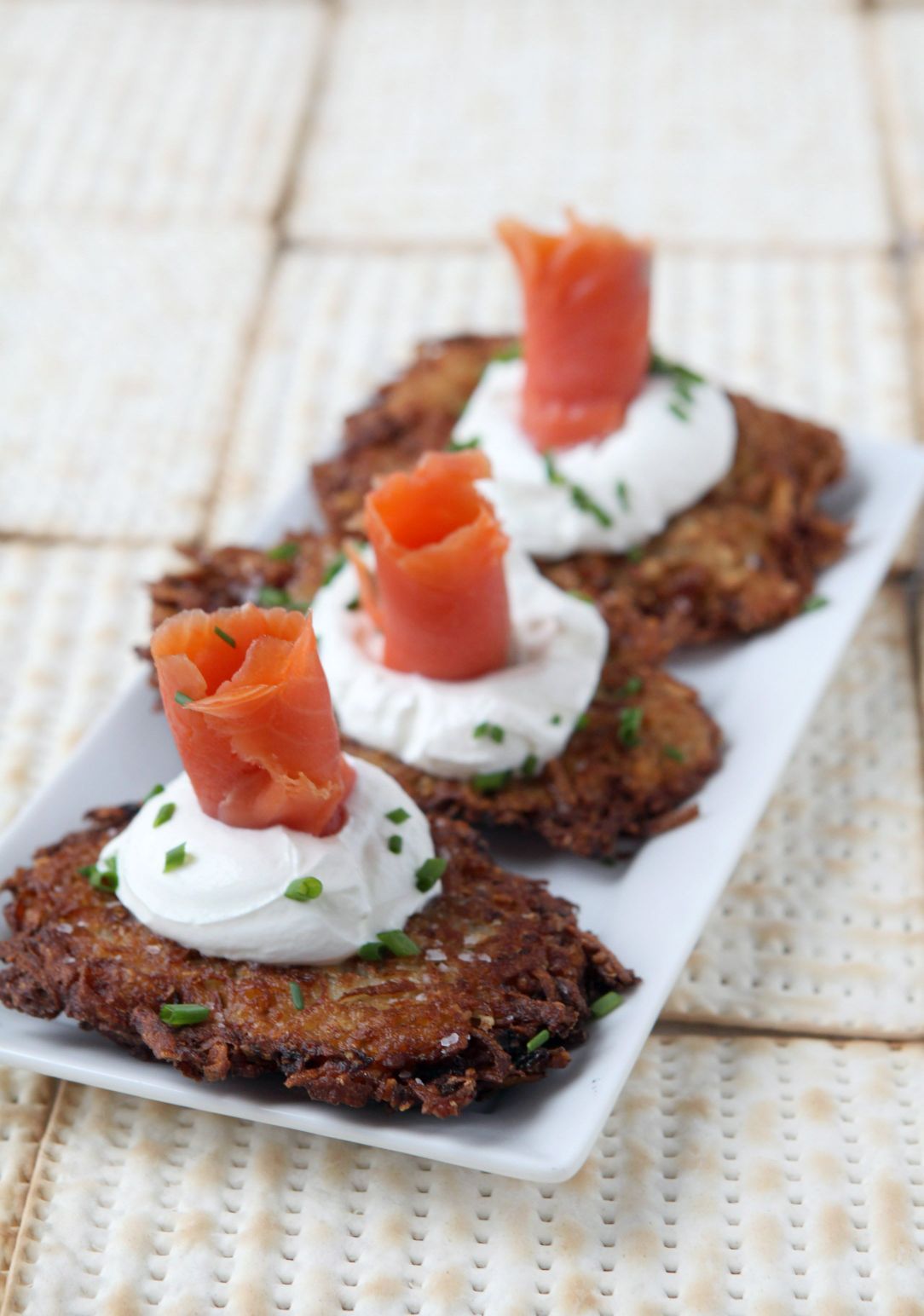 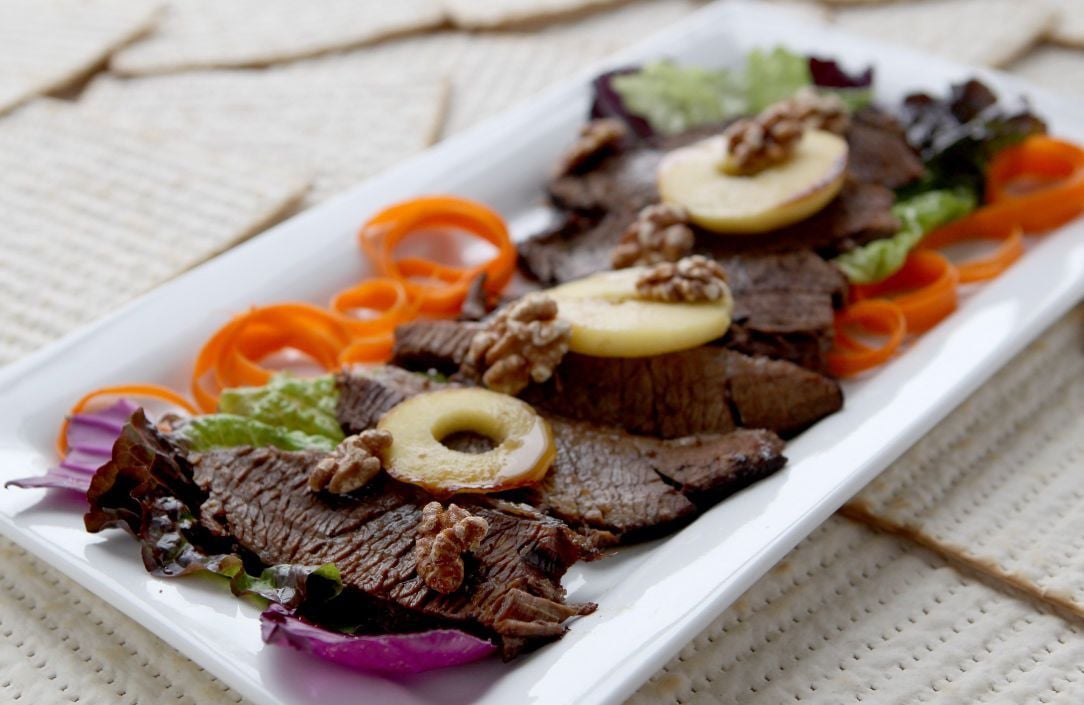 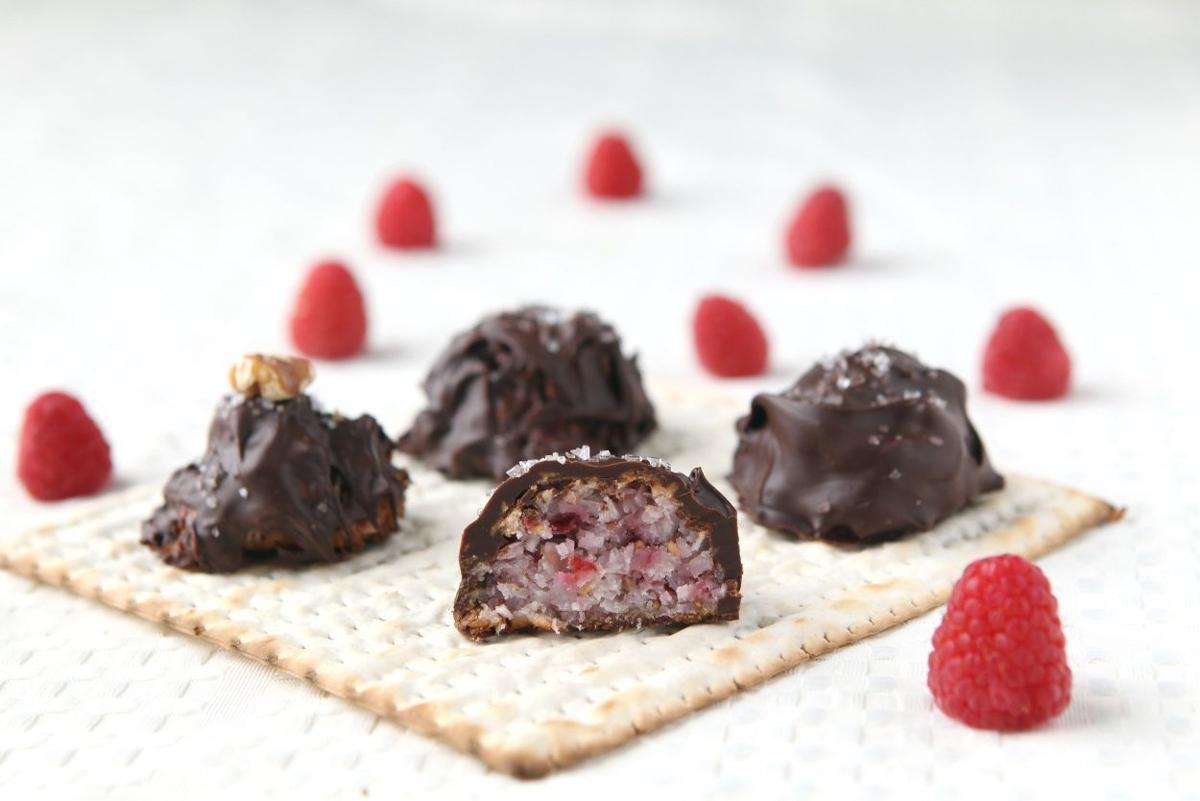 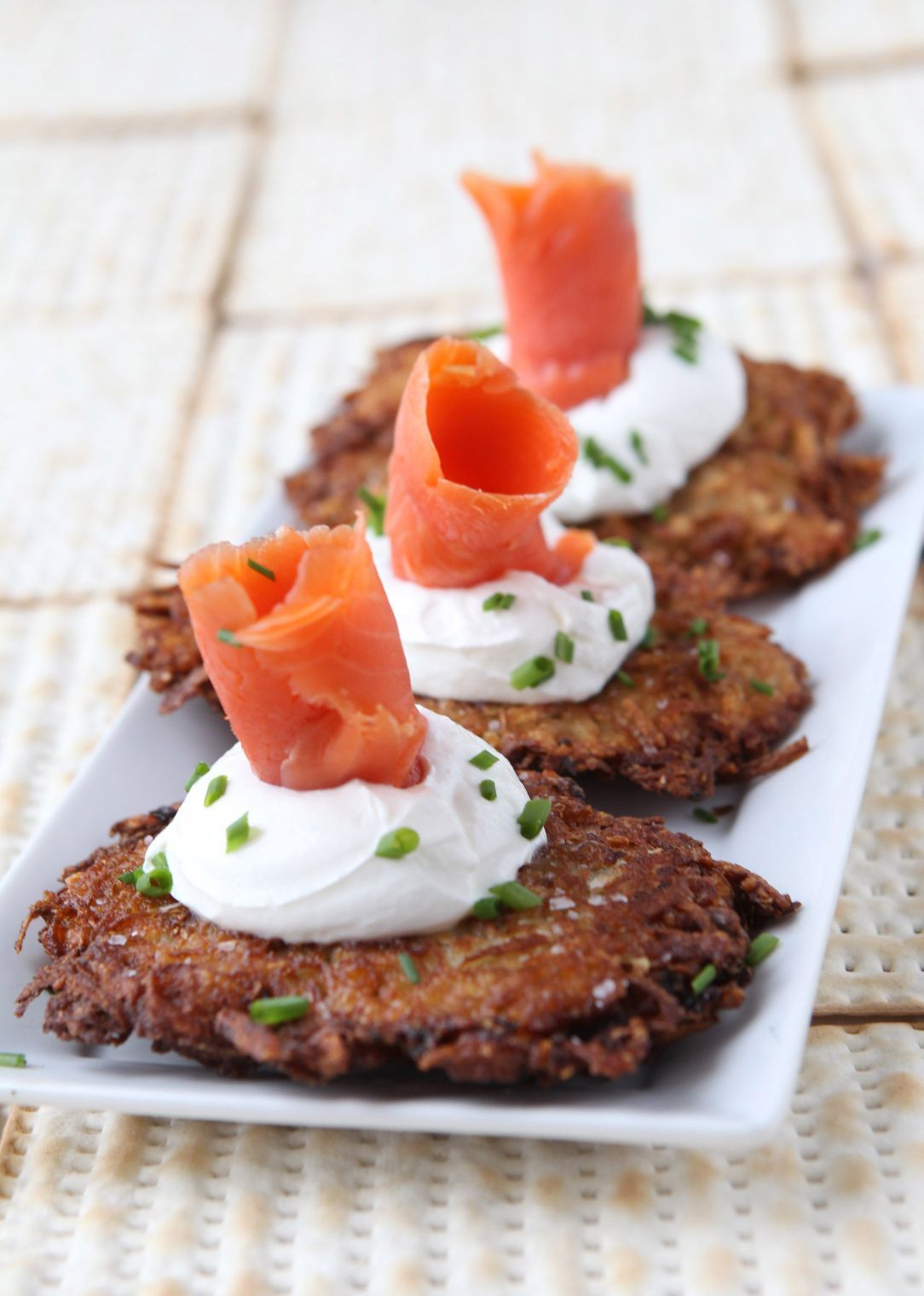 If “Fiddler on the Roof” taught us anything, it is that the practice of Judaism depends heavily on tradition.

Never is that as evident as it will be during Passover, which begins the night of April 22. This year, as they have for thousands of years, Jews around the world will read the same stories of their ancestral flight from slavery in Egypt and eat the same symbolic foods before beginning their evening meal.

It’s tradition. It’s eternal. And no one is going to mess with tradition.

But the dinner itself is not preordained. Families and friends tend to eat the same dishes from one year to the next, but there is nothing in the religion itself that dictates what is served for dinner.

And so, it is the dinner after the Seder with which we will concern ourselves today. There is nothing wrong with making a new tradition.

For a lot of American Jews whose families came from Eastern Europe, brisket is the entrée of choice for Passover — and pretty much every other holiday as well. Based on an idea that is not, strictly speaking, my own (thank you, Martha Stewart), I decided to try to combine two Passover dishes, brisket and charoset.

Charoset, it is almost universally agreed, is the best thing about Passover. It is a delicious combination of chopped apples, spices, walnuts and wine, and is the kind of tradition that gives tradition a good name.

But how can you mix it with brisket? Well, brisket is one of those tough meats that turns sublime when subjected to a long, slow simmer in a flavored liquid.

In this case, the liquid I used was red wine, which is what is used for charoset. And because cinnamon (and sometimes cloves) are often used to perfume the charoset, I added both to the simmering liquid. I knew I was going to top the meat with toasted walnuts, which would help bring out the earthier flavors of the beef, but I was a little concerned about the apples. How would the bright taste of apples go with the rest of the dish?

Very well, as it turns out, and even better than I’d hoped. They are a natural complement to the cinnamon, cloves and walnuts and became a welcome counterpoint to the heavy richness of the brisket. And preparing them could not have been simpler. I sautéed the apple slices in butter until they were just becoming tender and starting to turn brown.

The usual accompaniment to brisket is potatoes, and for this nontraditional Passover I added a couple of twists to another holiday’s tradition, latkes.

Latkes — potato pancakes — are usually brought out for Hanukkah. One impediment to serving them at Passover is that they are typically made with a little flour, and flour is forbidden during Passover.

But I am not giving away any secrets when I say they can also be made with matzo meal. Matzo meal is not, as some believe, a grain that is used to bake matzos; it is actually matzos that have been baked and then ground into a coarse powder. So it doesn’t have the same properties as flour and cannot be easily substituted for it, except in some cases.

One of those cases is potato pancakes, though I still prefer them made with flour. I made the latkes I usually make, but with the substitution of matzo meal, and then I took inspiration from a popular hors d’oeuvre of the 1990s and topped them with sour cream, smoked salmon and chives.

I can’t claim credit for the concept, but it was awfully good.

Finally, I made dessert. Dessert can be the hardest part of a Passover meal, because all of the good ones involve flour. So most Passover dinners end with macaroons, chewy bites of coconut that are perfectly adequate given the lack of other options.

But then I saw a recipe that takes macaroons into the stratosphere (thank you again, Martha Stewart). Raspberry Macaroons in Chocolate Shells are utterly delightful, yet are not hard to make. Who knew that homemade macaroons could be easy?

You simply use a food processor to mix sweetened, flaked coconut with sugar, salt, raspberries and an egg white, which holds it all together. Bake it at a moderate 350 degrees for up to a half hour, and then dip the macaroons in a mixture of chocolate and coconut oil (or corn syrup, if you aren’t observing Passover). Then put assorted toppings on top — I used toasted walnuts (I had some left over from the brisket), sanding sugar and fleur de sel, a crunchy, mild salt.

They were spectacular. They were worth eating even when it is not Passover.

Avoid an itchy rash by identifying these 3 plants

Avoid an itchy rash by identifying these 3 plants