Phyllo, cheese, heaven: Balkan women have been making these treats for centuries
0 comments
Share this
All our Winter Warm-Up coverage for 99¢
1 of 5 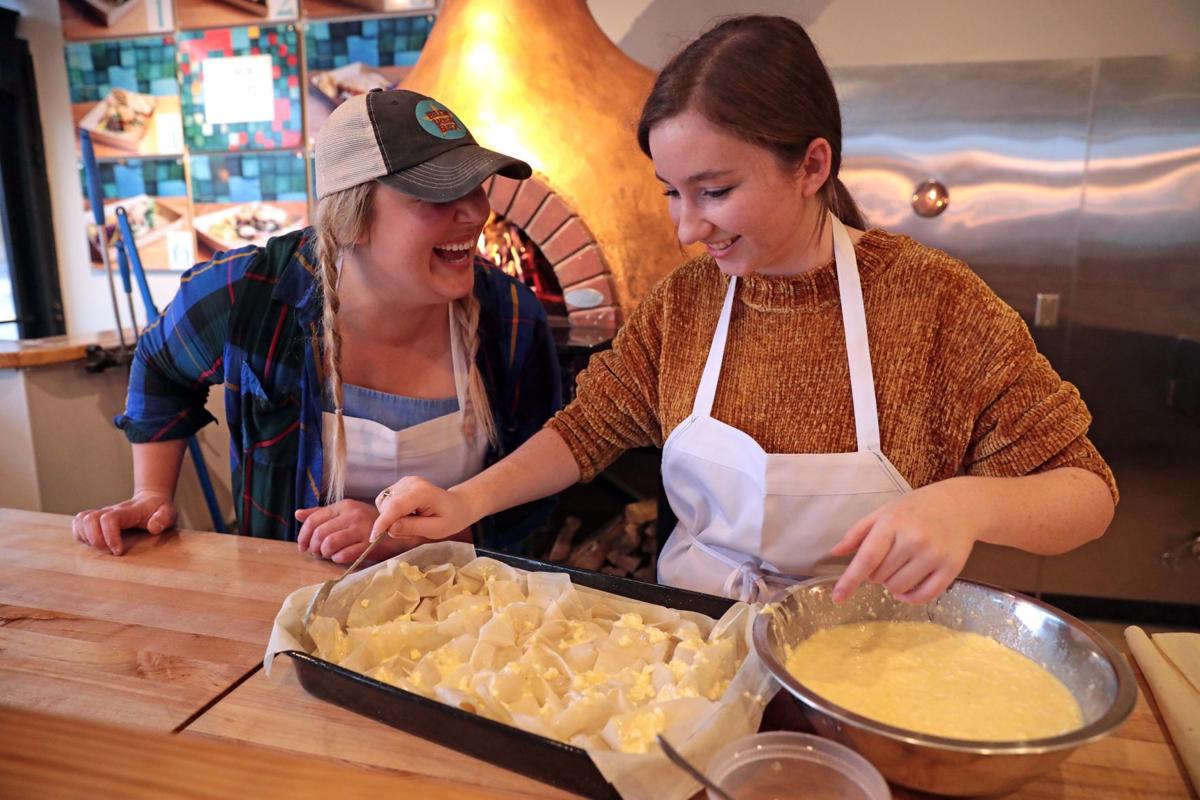 Loryn Nalic, left, co-owner of Balkan Treat Box, laughs with Monica Obradovic, features intern at the Post-Dispatch, as they make their versions of a Balkan cheese pie at Balkan Treat Box in Webster Groves. 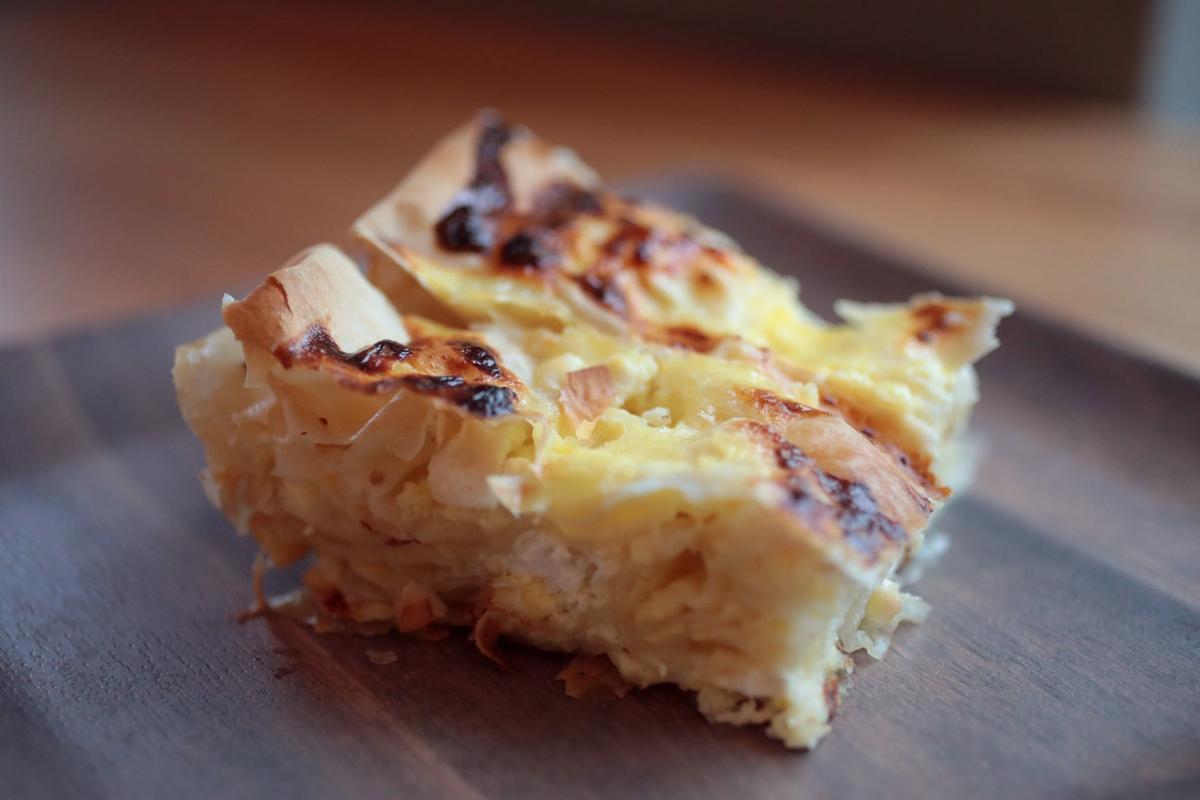 A slice of Balkan cheese pie made by Monica Obradovic. 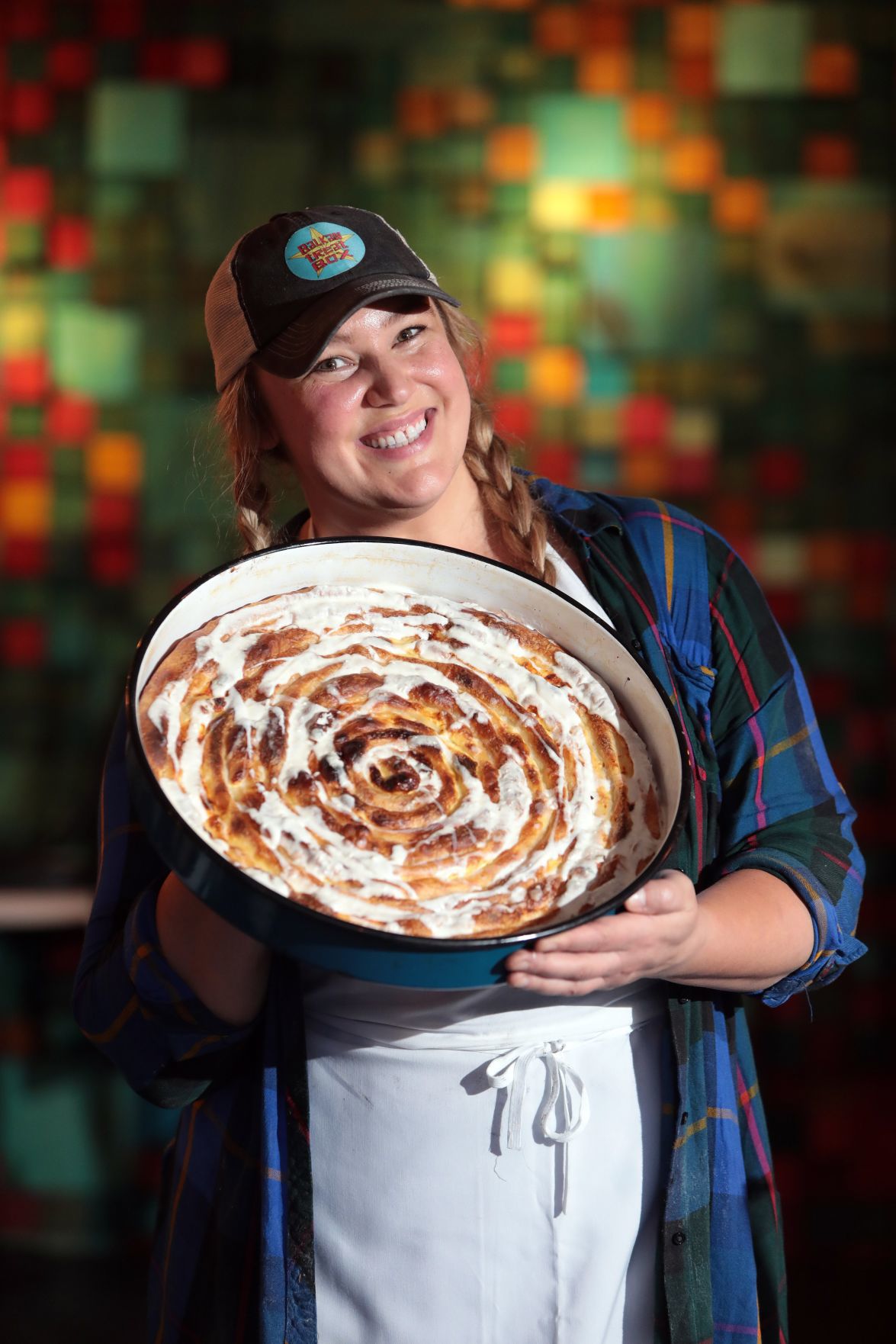 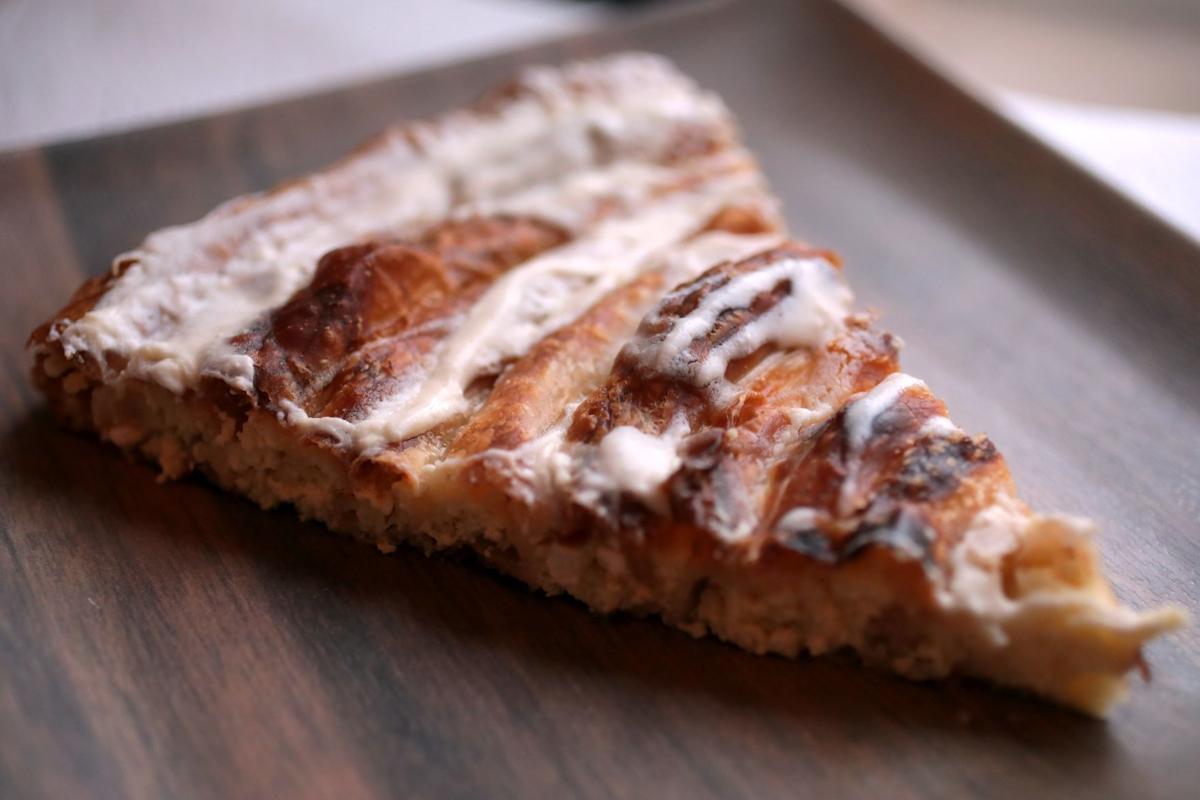 A slice of Balkan cheese pie made by Loryn Nalic, co-owner of Balkan Treat Box, on Monday, Dec. 9, 2019. Nalic made the Bosnian version of the dish, called sirnica. She prepared it in the way that most restaurants would serve it. Photo by Cristina M. Fletes, cfletes@post-dispatch.com. 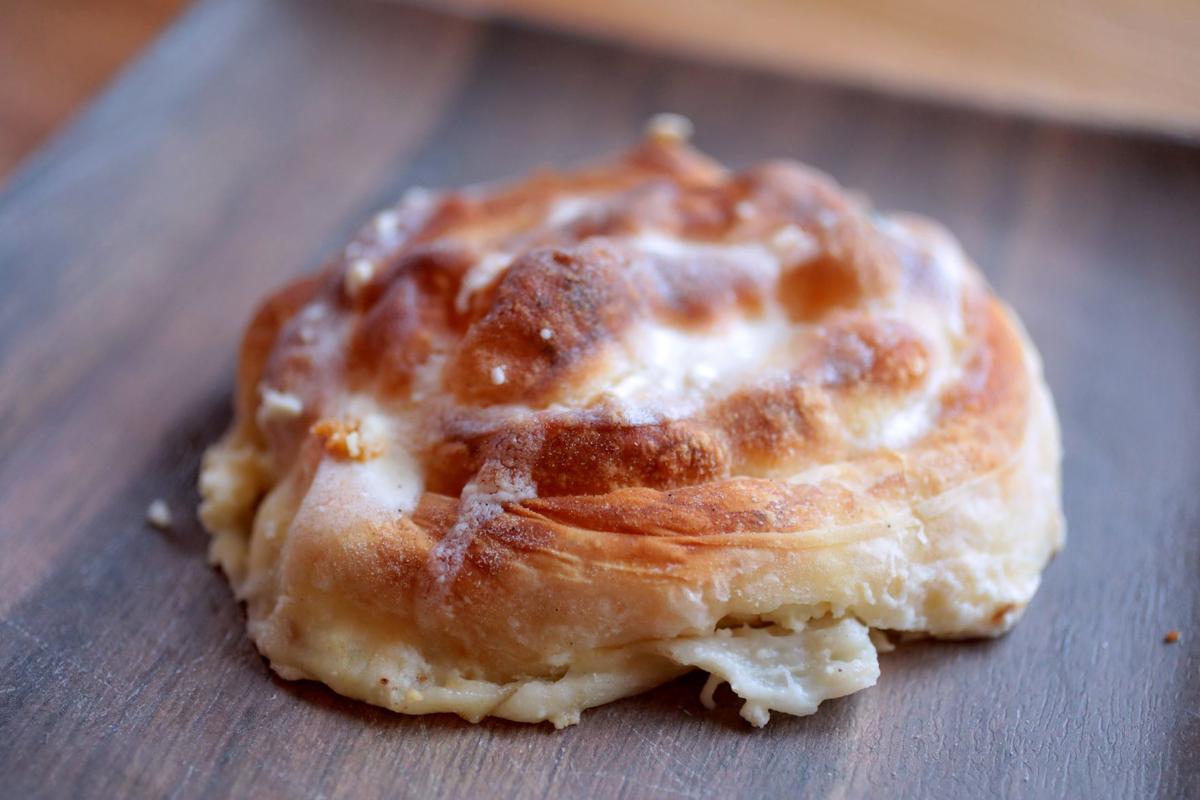 A slice of Balkan cheese pie made by Zehta Nalic.

For my baba, gibanica is a cheese and phyllo-dough creation she lovingly feeds (overfeeds?) her family. For Loryn Nalic of Balkan Treat Box, the same dish is called sirnica, one of the first Balkan recipes she learned. For me, it’s the cheese-filled wonder I’d always hoped to learn how to make, partly as a way of carrying on my family’s heritage, partly because it’s just so delicious.

Even though my name might seem foreign to some (it’s O-BRAD-o-vic, and it’s Serbian), the food that derives from the culture of it might not. St. Louis has quickly become a haven for Balkan cuisine. With the influx of immigrants over the past 20 years, Balkan foods and restaurants such as the acclaimed Balkan Treat Box have become a part of St. Louis food culture.

My dad’s family came to the U.S. when he was 8. He later married my Italian mother. Unfortunately, not many of my dad’s Serbian traditions were handed down to my two brothers and me. We don’t speak Serbian (except for curse words — thanks, Uncle Dennis), we don’t go to Serbian church, and we definitely don’t roast a whole pig on a spit in our front yard.

But what we do have is gibanica.

Gibanica is to Serbs what pizza is for Americans. It’s a simple dish consisting mostly of eggs, cheese and oil sandwiched between layers of phyllo dough. People eat it for breakfast, lunch, dinner, a snack, to fix hangovers.

Every time my family goes to visit my Serbian grandmother, or Baba, we joke how the whole neighborhood smells like Serbian food. No matter how much my father stresses that “we’re just stopping by,” Baba will make enough food to feed a small village. There’s never enough gibanica, though.

Everything about it evokes nostalgia in me: the gooey, cheesy texture; the crunch of the outside layers. Besides the calories, you can’t go wrong with gibanica.

There’s no one way to make gibanica, the same way there isn’t a single way to make a hamburger. Almost every Balkan or Slavic country has a version of the dish or something similar to it. Many countries make Burek, a phyllo dough-based pie stuffed with beef and sometimes cheese. Greeks have their spinach pie, spanakopita.

The word gibanica itself is a combination of two separate languages: the Croatian verb “gíbati” and Serbian verb “гибати,” meaning “to fold, sway, rock.” Altogether, it means “folded pie.”

When I asked Balkan Treat Box’s owner and chef Loryn Nalic about the dish, she knew it as “sirnica.”

“It’s one of my kids’ favorite dishes,” Nalic says. “It was the first thing I learned to make when Edo and I were together because he loves it so much.”

Loryn and her husband, Edo, turned their food truck into a brick-and-mortar restaurant last year to national acclaim. They invited me into their restaurant on a Monday afternoon, when the day was dim but the wood fire in their oven burned bright.

Everyone makes gibanica and its variants differently. Nalic makes hers with fresh dough and cheese she makes herself. I use store-bought phyllo dough and cottage cheese. Loryn lines dollops of cheese and rolls the filling with the dough into one big coil. I sprinkle oil and cheese on layer after layer of dough.

Despite that, it’s not on the menu at Balkan Treat Box — yet. Nalic says the restaurant recently got a few new ovens and may start serving it. As a special treat, the restaurant will serve it Wednesday and Thursday.

It’s a very simple dish once you get the technique down. There’s a certain way to handle the dough, whether you’re making it yourself or buying it from a store.

Nalic says the first time she watched someone make phyllo dough from scratch, it brought tears to her eyes. “It is an art form,” she says.

When I saw Nalic and her mother-in-law, Zeta, make and stretch the phyllo dough, I was near tears, too. The way she expertly expanded the dough on a table brought to my mind the countless generations of Balkan women teaching their daughters how to make it and how that knowledge spread to my Baba through a great-grandmother I never met, and now me.

Each time I ask Baba for a written recipe (there have been many times), she’ll recite the ingredients and say, “Just make it.” I asked her to teach me how to make it again for this article, with pen and paper in hand.

Now, I’m the one making the neighborhood smell like Serbian food.

Loryn Nalic, left, co-owner of Balkan Treat Box, laughs with Monica Obradovic, features intern at the Post-Dispatch, as they make their versions of a Balkan cheese pie at Balkan Treat Box in Webster Groves.

A slice of Balkan cheese pie made by Monica Obradovic. 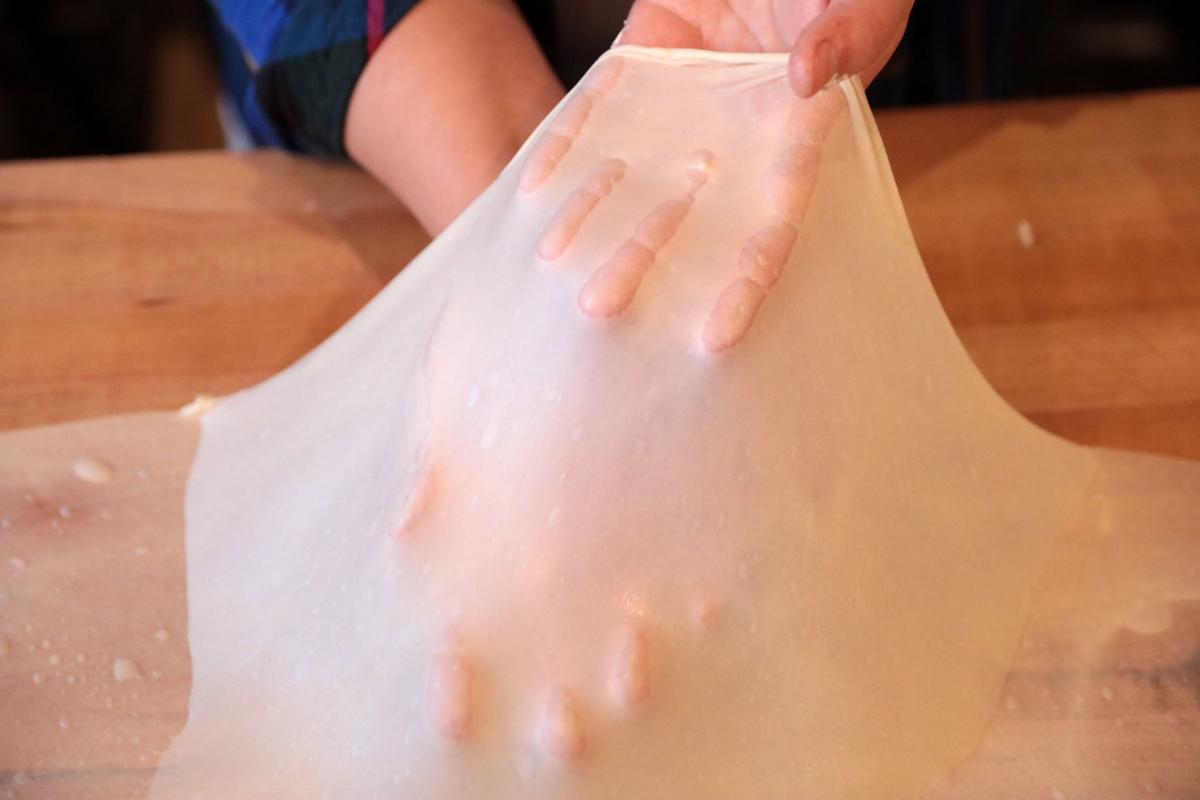 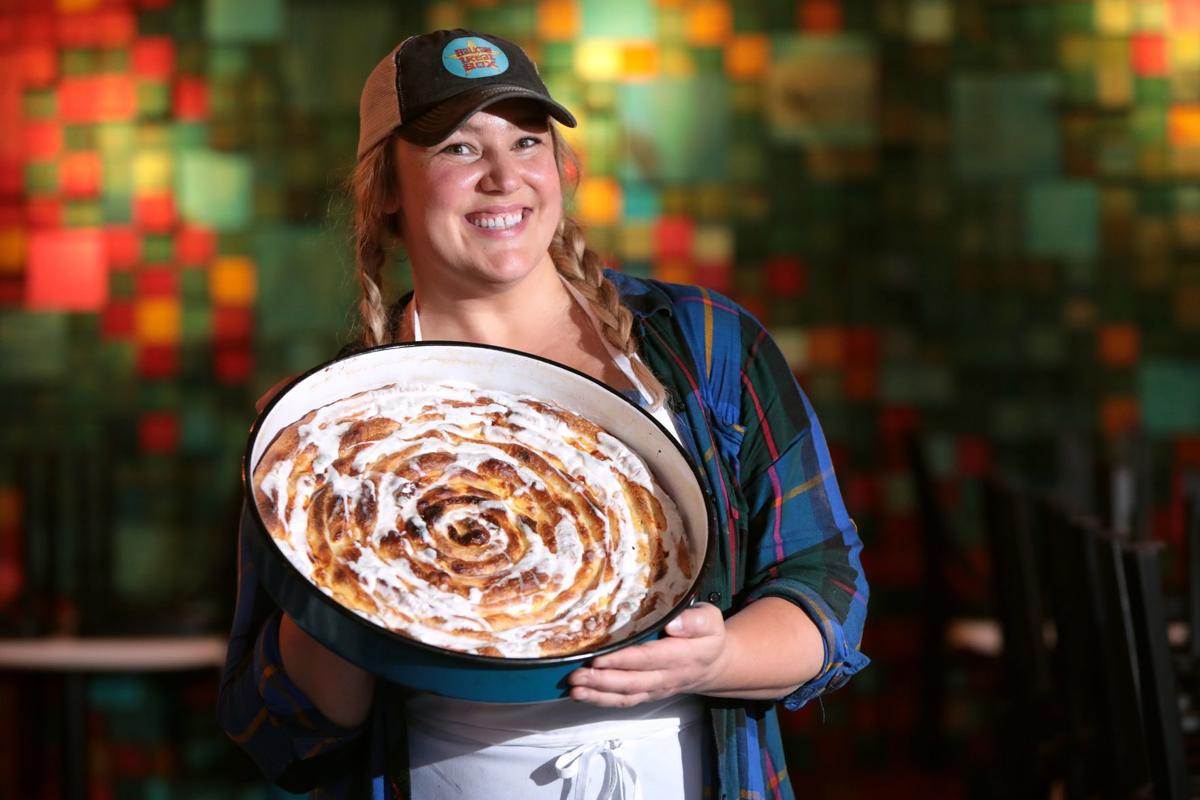 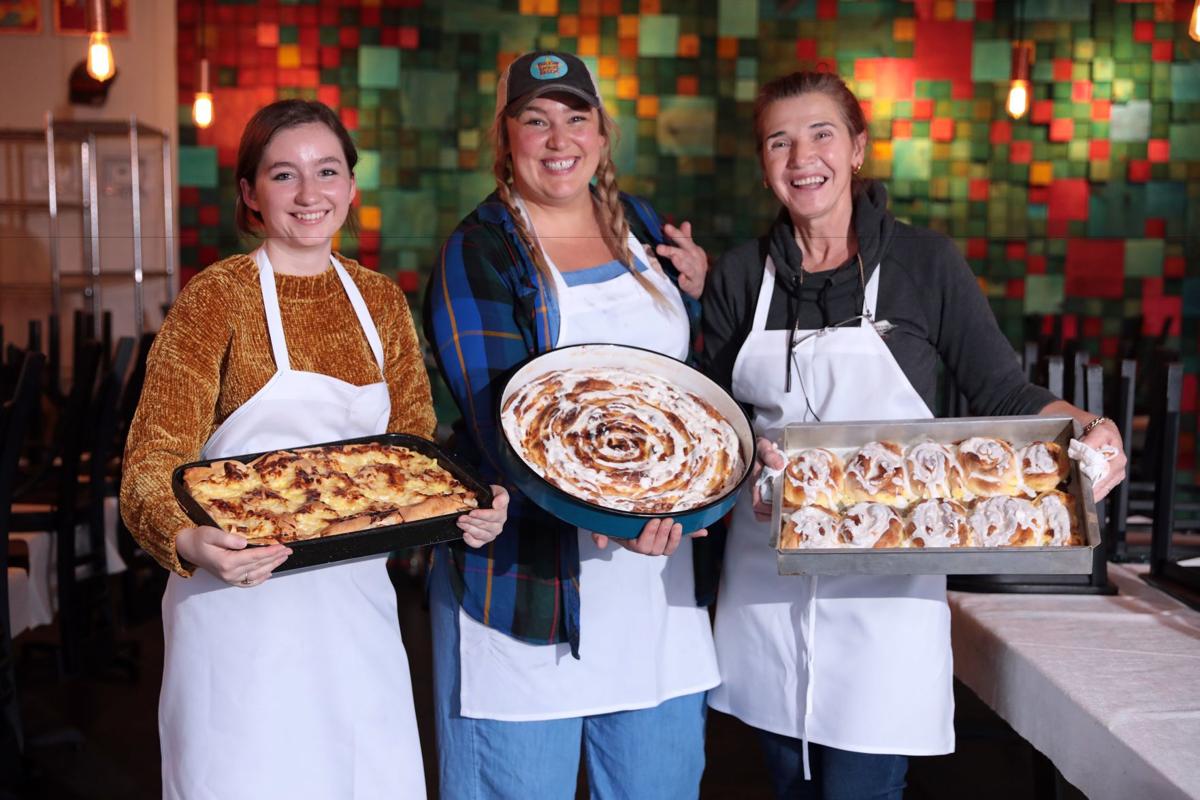 From left: Monica Obradovic, features intern at the Post-Dispatch; Loryn Nalic, co-owner of Balkan Treat Box; and Zeta Nalic, Loryn's mother-in-law, hold up their versions of a Balkan cheese pie at Balkan Treat Box in Webster Groves on Monday, Dec. 9, 2019.

A slice of Balkan cheese pie made by Loryn Nalic, co-owner of Balkan Treat Box, on Monday, Dec. 9, 2019. Nalic made the Bosnian version of the dish, called sirnica. She prepared it in the way that most restaurants would serve it. Photo by Cristina M. Fletes, cfletes@post-dispatch.com.

A slice of Balkan cheese pie made by Zehta Nalic.