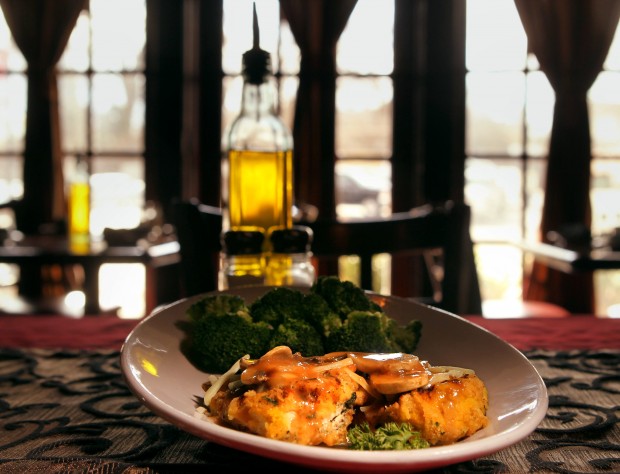 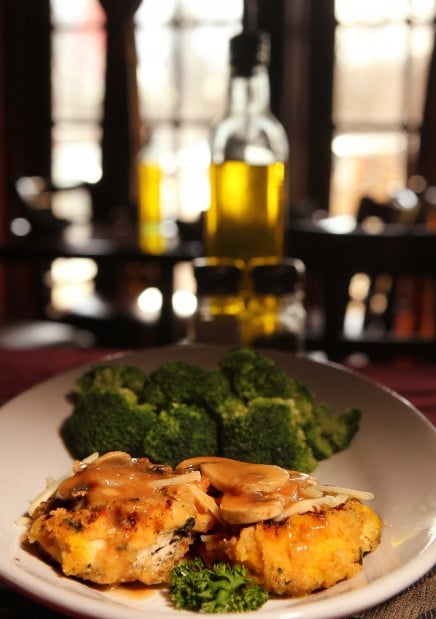 Q • I have tried numerous recipes from cookbooks and the Internet but none compares to the delicious Amaretto Chicken from Vincenzo’s in Ferguson. — Kathleen Thomas, Ferguson

A • Mike Lonero is an entrepreneur at heart. He opened Vincenzo’s Italian Restaurant when he was barely 21. Business blood runs in Lonero’s veins: He’s the son of Joe Lonero, who owns a couple of auto shops in Ferguson and a dozen years ago began buying buildings and starting businesses in the historic downtown area, including Corner Coffee House, Ferguson Brewing Co. and others.

Vincenzo’s was Ferguson’s first sit-down, white-tablecloth restaurant, which belies its comfortable, light-filled neighborhood feel. For lunch, it’s a popular spot for employees of nearby businesses, such as Emerson, ExpressScripts, Boeing and UMSL. In the evening, it’s a destination restaurant for people attending events at the Touhill Performing Arts Center. Day in and day out, Lonero says, the restaurant draws from Ferguson’s surrounding communities, Florissant, Hazelwood and Maryland Heights.

The restaurant’s name was inspired by an aunt’s genealogy research. Lonero says, “I think it was my dad’s dad’s grandfather’s father who came to America and ran a fruit cart. His daughter ran Lonero’s Café in Ohio.”

Vincenzo’s Amaretto Chicken is like chicken marsala, says Lonero, except that it’s made with amaretto, the sweet Italian almond-scented liqueur. Three years ago, the dish started off as a special, but afterward, customers kept asking for it. “So we put it on the menu. People like the mix of sweet and savory.”

Mike Lonero, his wife, Elizabeth, and their three young children live in Ferguson.

Myths parents believe will get their baby to sleep

Myths parents believe will get their baby to sleep