Special Request: Broccolini from Cleveland-Heath
0 comments
Share this
{{featured_button_text}}
1 of 2 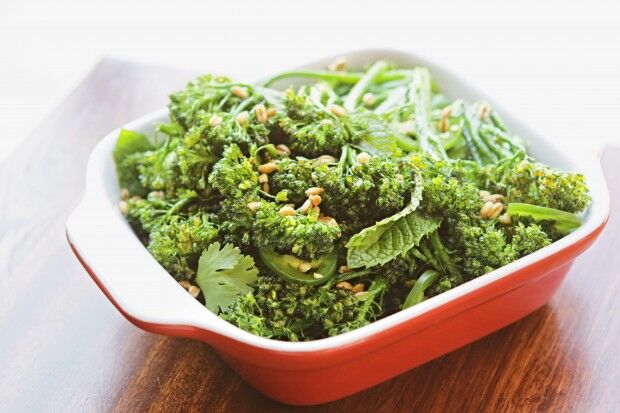 Broccolini from Cleveland-Heath in Edwardsville, Ill., on Thursday, May 2, 2013. Photo by Erik M. Lunsford elunsford@post-dispatch.com 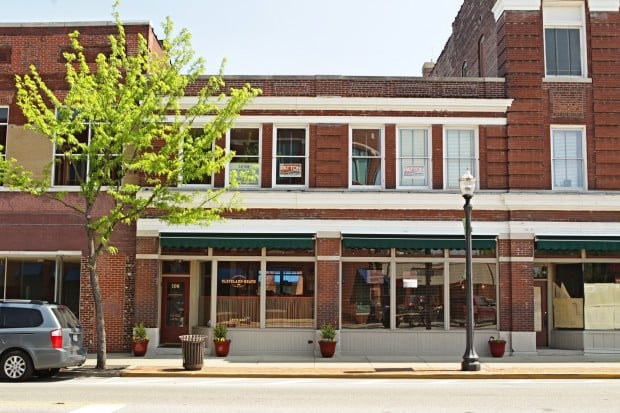 Exterior photograph of Cleveland-Heath in Edwardsville, Ill., on Thursday, May 2, 2013. Photo by Erik M. Lunsford elunsford@post-dispatch.com

Q • I grew up in Edwardsville, so we chose Cleveland-Heath to celebrate my 75th birthday. I’d love to know how the broccolini is done. — Peg Roedel, University City

A • Back in 2011, Jenny Cleveland and Eric “Ed” Heath had culinary school and top-restaurant experience on their résumés. They yearned for a restaurant of their own, but everything in California, Cleveland says, was “expensive and cutthroat.” So the business- and life-partners considered moving to the Midwest, including near Bethalto, Cleveland’s hometown. “When the Edwardsville space opened up, we moved here in like two weeks. Cleveland-Heath opened six weeks later.”

Even with seasonal menu changes, Cleveland-Heath has become famous for its pork belly (fried crispy and served with a savory caramel sauce); a pork porterhouse (a chop with an egg on top aside cheddar-jalapeño bread pudding) and pulled-pork sandwiches. Cleveland laughs, “I promise, we do a lot more than pork.”

One example is the restaurant’s attention to vegetables, no mere afterthoughts. Heath calls broccolini “tall and elegant.” After a few seconds in a fryer, the stems turn creamy and the tips crispy. Still warm, the broccolini is tossed with fresh mint, cilantro and jalapeño in a Vietnamese dressing called nuoc cham (pronounced “nook chom”) and topped with bits of crispy farro.

Heath says customers wonder what makes the salad so good and credits the oil-free nuoc cham, a mix of fish sauce, lime juice, sugar, garlic and ginger. “It’s become the house dressing; it goes on every plate.”

Broccolini from Cleveland-Heath in Edwardsville, Ill., on Thursday, May 2, 2013. Photo by Erik M. Lunsford elunsford@post-dispatch.com

Exterior photograph of Cleveland-Heath in Edwardsville, Ill., on Thursday, May 2, 2013. Photo by Erik M. Lunsford elunsford@post-dispatch.com