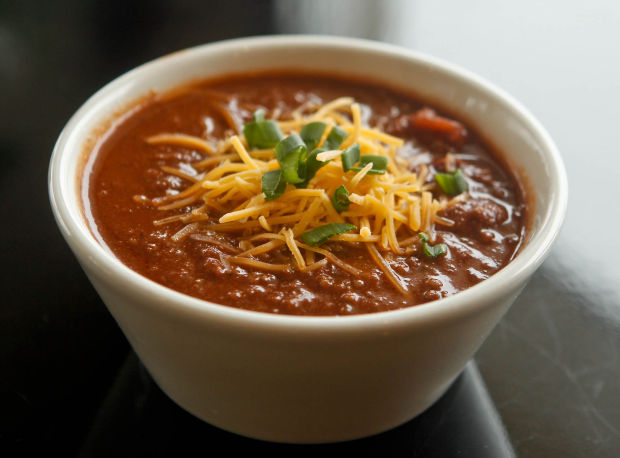 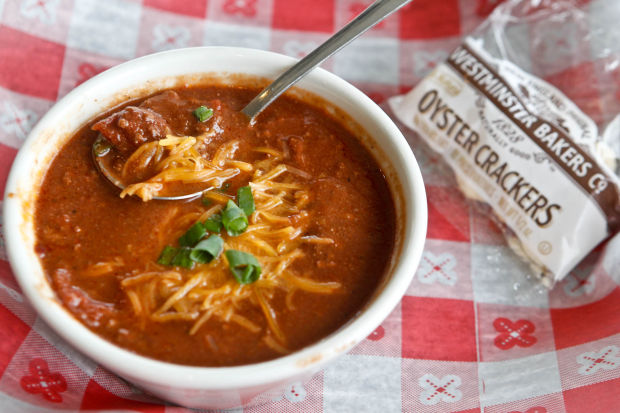 By Alanna Kellogg  Special to the Post-Dispatch

Q • Please, please, could you get the chili recipe from Callier’s Home Plate Deli in Ballwin? It is a taste bud’s spicy dream! — Barbara Woods, Glendale

A • In 1982, Dennis Callier was out of work. Instead of looking for a job, he started looking for his own business with encouragement from a friend: “Work hard, you’ll do OK.” Thirty years later, Callier operates a pair of Ballwin businesses.

Callier’s Home Plate Deli is a baseball-themed sandwich shop that sports a hand-painted panoramic mural of the old Busch Stadium, the ballpark references a nod to Callier’s son, Jeremy, who pitched for Mizzou and in the minors. The deli is known for roast beef sandwiches made with slow-roasted top round and the “Louie,” Callier’s take on a Philly sandwich. “We live in St. Louis, right?” Callier says. “We can’t call it a ‘Philly.’ So it’s a ‘Louie.’”

Two doors down from Home Plate is Callier’s Catering. “In the 1980s, we were like every other small restaurant that offers catering but isn’t a real caterer,” Callier says. “Now we do upscale weddings and big events. We have a chef; our meals are from scratch.”

Home Plate’s chili is a spicy version of Callier’s mother’s chili recipe. “I loved my mother’s chili,” he says. “But it was down-home and country-conservative, so I spiced it up.” The two secret ingredients are cola and cocoa powder, though each adds only subtle undertones to the chili; it’s neither sweet nor chocolate-y.

For playoff and Super Bowl parties, Callier’s chili is part of a pick-four package that includes a veggie tray, a 2-foot party sub, chicken wings, mostaccioli and chili or another soup.

Special Request is written by Town & Country resident Alanna Kellogg, author of the online recipe column KitchenParade.com and “veggie evangelist” at the food blog about vegetables, A Veggie Venture.