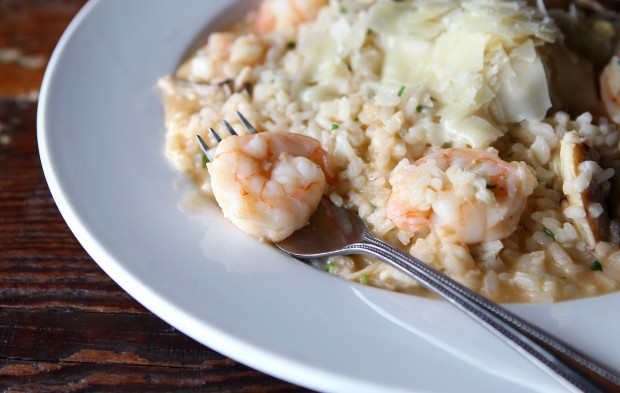 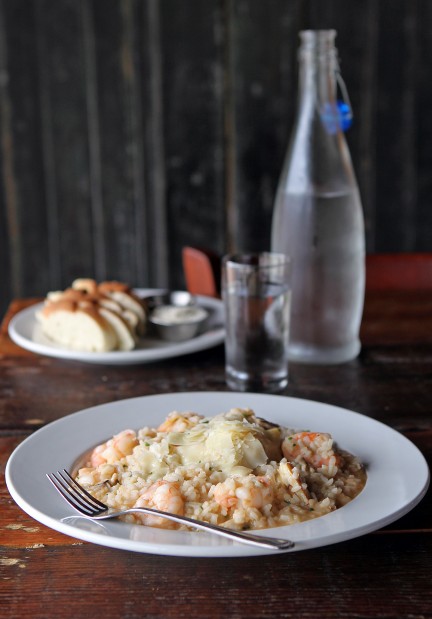 Q • I ordered the Seafood Risotto at Sugo’s Spaghetteria, and it was wonderful. Would the restaurant share the recipe? — Jon “Jack” Eckles, Kirkwood

A • “This is my home,” says Michael Del Pietro of the Frontenac location of Sugo’s Spaghetteria, one of two (soon-to-be three) Sugo’s locations in the St. Louis metro area and the first the restaurateur and his wife, Melissa, opened. “You can have more than one house, but you have just one home.” Del Pietro also owns Babbo’s Spaghetteria, Tavolo V and Via Vino and in 2014 will expand outside his Italian-food comfort zone with a southern-style BBQ restaurant.

Del Pietro calls Sugo’s a comfortable, unpretentious restaurant, “nice but not too fancy.” The relaxed atmosphere has wide appeal. “We get a mix of people. Lots of families. Women enjoying a girls night out. Business people.”

Del Pietro offers tips to help home cooks re-create his Seafood Risotto at home. First, he says, remember that rice is a sponge and that when it swells, it absorbs flavor. This is why he adds salt and pepper throughout the cooking process. “I’m not a salt nut, but some people under-season risotto.” He also recommends cooking the risotto until it “creams out” to form a rich, creamy, delicious whole. “I don’t want al dente risotto myself. I like it to cream together.”

Sugo’s Seafood Risotto is one of several seasonal “risotto del giorno” (risotto of the day) and is usually available only on weekends. Through Aug. 31, however, Sugo’s will serve the shrimp and crab risotto every day.