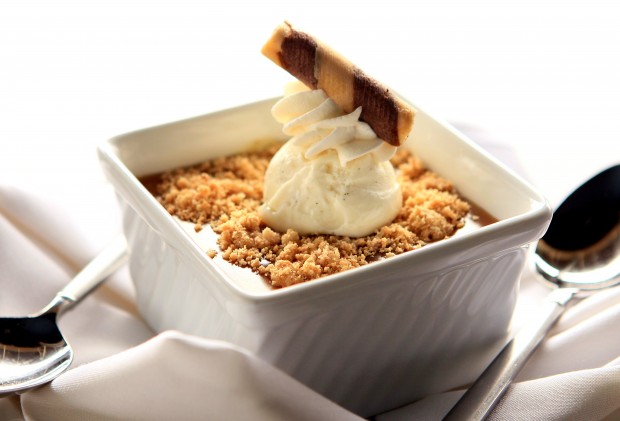 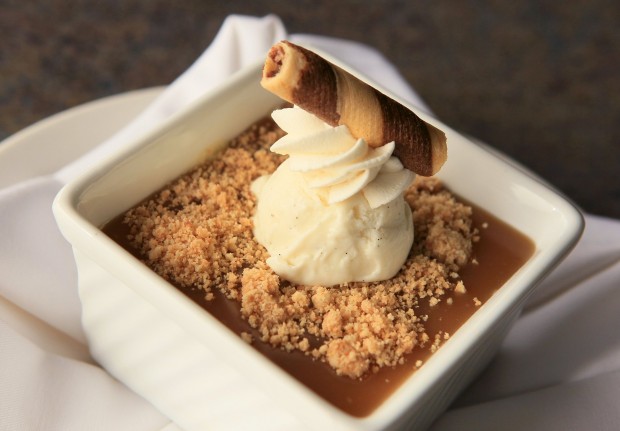 Q • Chef Ryan Gentelin has an interesting take on a traditional gooey butter cake, adding hot caramel sauce, ice cream and a cookie treat. My mother-in-law and I wonder how to duplicate it. — Jody Jedlicka, Elsah, Ill.

A • Gentelin grins about the popularity of his restaurant’s Warm Gooey Butter Cake. “It looks plain, but the mix of hot and cold in one bite is phenomenal.” During Valentine’s week, Gentelin’s on Broadway produced more than 10 dozen servings.

Gentelin grew up in a large Italian family with “lots of people in the kitchen and plenty to eat.” At a young age, his “Aunt Sis” taught him to make chicken and dumplings; at 16 he started working in kitchens, first at McDonald’s, then at small independent restaurants. “Early on, I knew what I wanted to do. I’ve got a passion for it.” He enrolled in the culinary program at St. Louis Community College-Forest Park, then learned the business station by station at Bellerive Country Club.

In 2006, Genetelin and his wife, Sarah, had the opportunity to open a restaurant in Alton. “We had two little girls and were working 60 to 70 hours a week in St. Louis. We decided if we were going to work this hard, we should do it for ourselves.”

Gentelin says that the downtown Alton restaurant serves “fusion” cuisine, some Italian, some Asian and some American with “a lot of Ryan and Matt” mixed in. “Matt” is Gentelin’s sous chef Matt Stockert, who makes all the restaurant’s breads and pastries from scratch.

On Tuesdays, Gentelin’s offers a three-course meal for $25, the Warm Gooey Butter Cake is one of the dessert choices.

Do dog owners kiss their pup more than their partner?

Do dog owners kiss their pup more than their partner?