Restaurants are taking an astounding hit because of efforts to contain the spread of the coronavirus pandemic.

Many are limiting seating. Some are shutting their doors altogether.

Despite their size, however, the chains are still in a precarious position.

Darden Restaurants, which owns Olive Garden, LongHorn Steakhouse and other casual dining chains, shared bleak news when it reported financial results Thursday. In the first half of last week, sales at some restaurants open at least 16 months fell as much as 60% compared to the same period in 2019. The company pulled its full-year guidance and told shareholders it was suspending its quarterly dividend.

Darden is hardly alone. Independent operators have warned the closures could put them out of business for good, and massive companies are also scrambling to adjust.

Popular breakfast joint Waffle House announced on Tuesday the closure of hundreds of its 1,627 locations across the United States.

Starbucks has temporarily closed its cafes in the United States and Canada. In the United Kingdom and Ireland, McDonald's is closing stores, including for takeout.

Most casual dining chains don't have drive-thrus. They market themselves as spots for families or friends to visit together, to socialize in person and to be waited on by staff.

That business model is now a liability. These days, those chains have to quickly figure out ways to ramp up off-premise orders while keeping their companies afloat.

"Most of the bigger players will find a way to survive," said R.J. Hottovy, a consumer strategist for Morningstar. But "it's not going to be easy."

Casual dining is "all about the experience," said Hottovy. So restrictions on dining rooms are "a major shock to the system."

Nick Setyan, a restaurant analyst for Wedbush Securities, said that "clearly, the casual diners are disadvantaged," when compared to fast casual and fast food chains, which have been investing in takeout, delivery and their drive-thru services.

As they try to enhance delivery options, casual dining chains will likely ramp up partnerships with third-party delivery services like Grubhub or Postmates, Setyan said. Delivery and takeout orders will increase, he added, but "it's not going to come anywhere close" to the business they usually get from dine-in customers.

On Thursday, Darden shared that about 60% of its restaurants were to-go only. Over the weekend, it switched 100% of restaurants over to that model. Brinker International, which owns Chili's and Maggiano's Little Italy, was at 75% to 80% takeout and delivery, said CEO Wyman Roberts last week, adding that the company "changed all of our messaging" to let customers know about the shift. At both Darden and Brinker, restaurant managers are helping fill takeout orders.

Even if delivery orders do increase, casual dining chains may not see good returns. "The economics work for large orders," like catering and group deliveries, Hottovy said. They might not for individual ones.

And more trouble could be ahead. Even once the social distancing efforts ease, casual dining chains may find themselves with fewer customers.

We're already in a global recession, according to S&P Global. In the United States, unemployment rates are soaring. An economic downturn could prompt casual dining customers to forgo those meals and turn instead to cheaper options like fast food.

"In a recessionary environment, you're not going to see casual diners get their sales back to pre-COVID-19 levels as quickly as many of us would have hoped," Setyan said.

Still, major chains with good cash flow should be able to stay in business.

Darden now has about $1 billion in cash because of its decision to skip the quarterly dividend and eliminate nonessential spending, among other cost-cutting efforts. With that much money on hand, "we'll be able to weather this disruption to our business," said CFO Ricardo Cardenas during a recent call with analysts.

Dine Brands, which owns Applebee's and IHOP, announced recently that it has drawn down $223 million in a "precautionary" step "to increase the company's financial flexibility." The company also withdrew its full-year guidance.

A handful of casual dining firms are also asking the government for help, arguing that they're in a unique position compared to other restaurants and chains.

"We're just wanting to make sure, as state and federal officers think about relief and support, that they understand that it's not all the small business model or the franchise model," Roberts said. "There are significant companies out there that own restaurants, that support large employee bases that are critical to the economy that are going to need to be considered, as well."

Brinker International, along with the other chains lobbying for support, employ over 500,000 altogether, he said.

Texas Roadhouse CEO Kent Taylor is giving up his salary and bonus for the year to pay the steakhouse chain's front-line employees during the virus pandemic.

Lowe’s announced all of its stores and distribution centers in the U.S. and Canada will be closed on Easter Sunday, joining other retailers doing the same.

Coronavirus takes toll on Chinese restaurants in US

Restaurants across the U.S. are suffering, but Chinese restaurants are by far the worst-hit segment, according to Womply, a data subscription service.

Breakfast was bright spot for US restaurant chains; now it's not

Last year, America's biggest chain restaurants went all in on breakfast. Now, with people stuck at home, it's one of the industry's worst-performing segments. 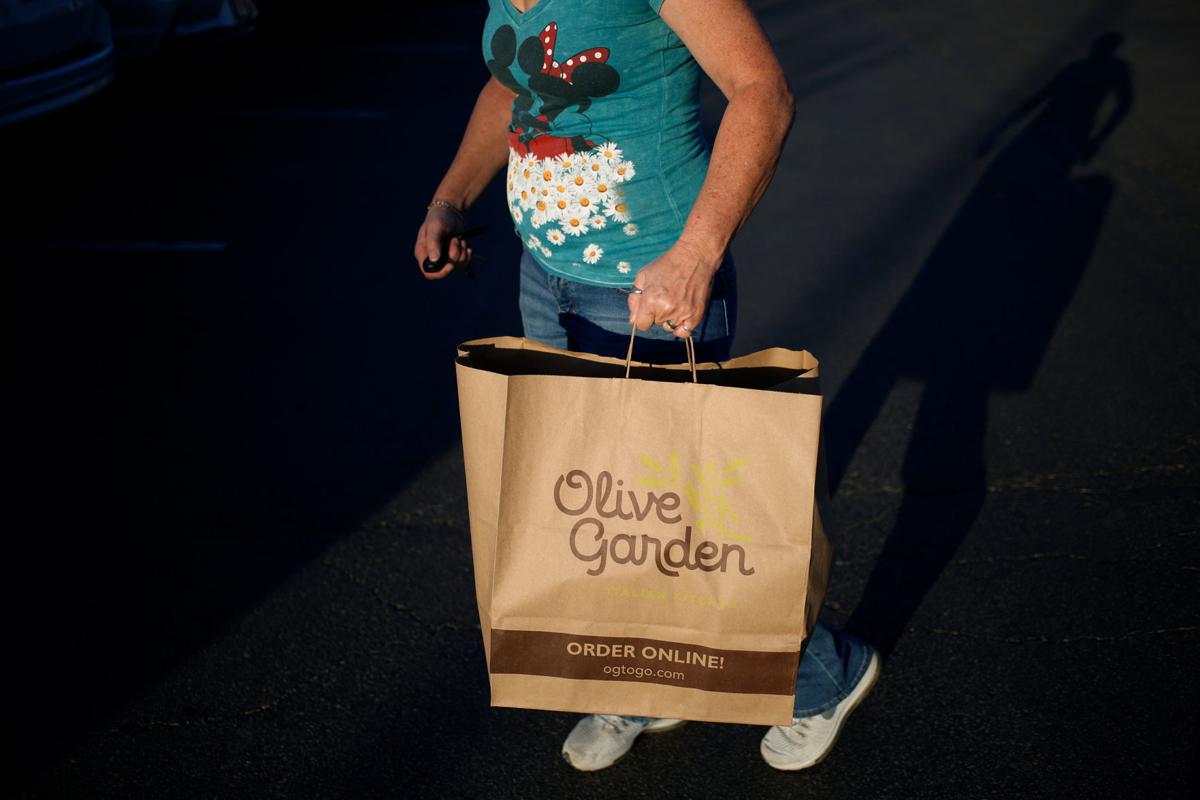 Casual dining chains like Olive Garden are in a precarious position as restaurants close because of efforts to contain the spread of the coronavirus pandemic. 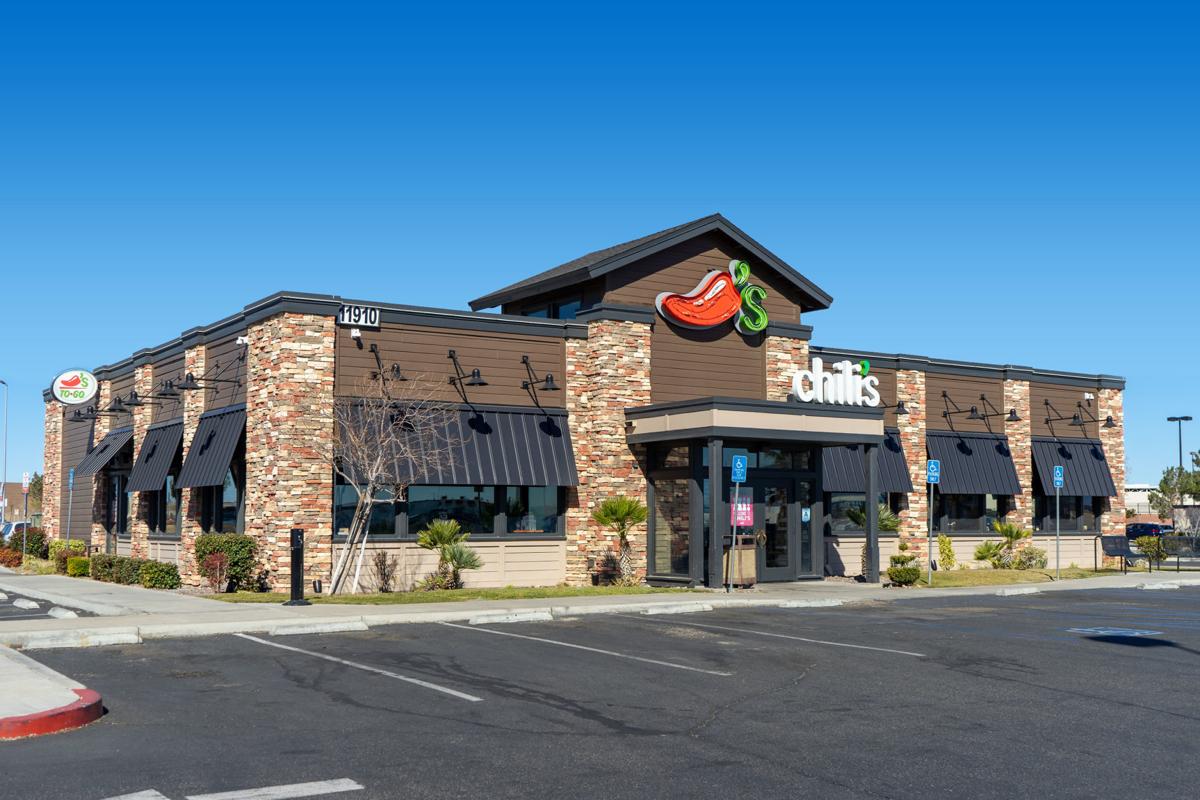 Fast casual chains like Chili's are rapidly switching from mostly serving meals on the premises to mostly offering delivery and takeout.