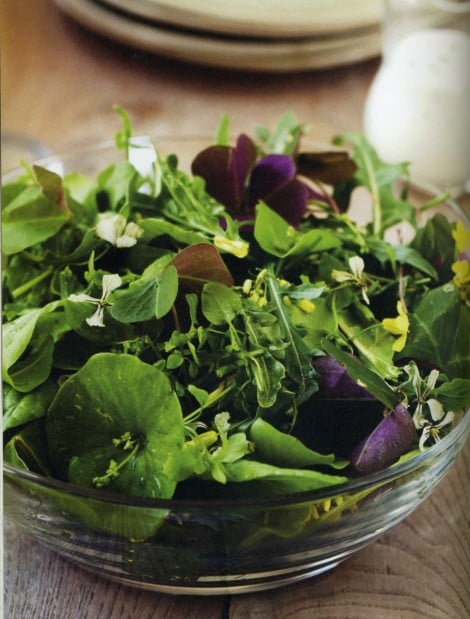 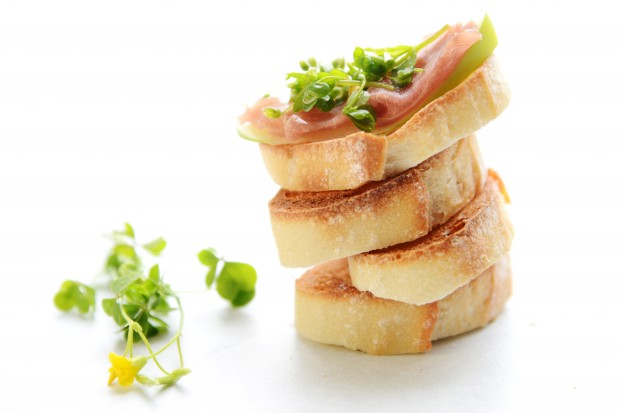 Crostini with chickweed garnished with yellow woodsorrel on Thursday, May 16, 2013, in St. Louis. Photo by Erik M. Lunsford elunsford@post-dispatch.com 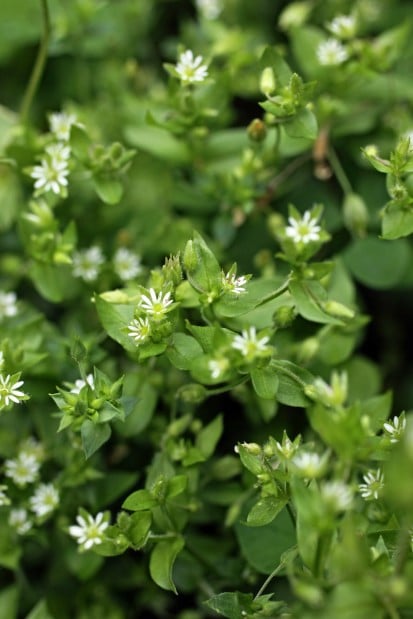 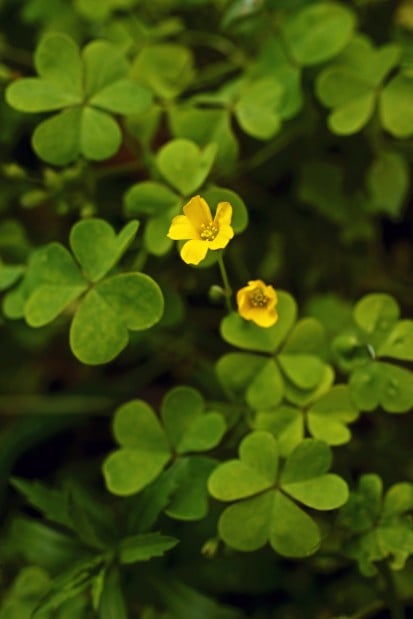 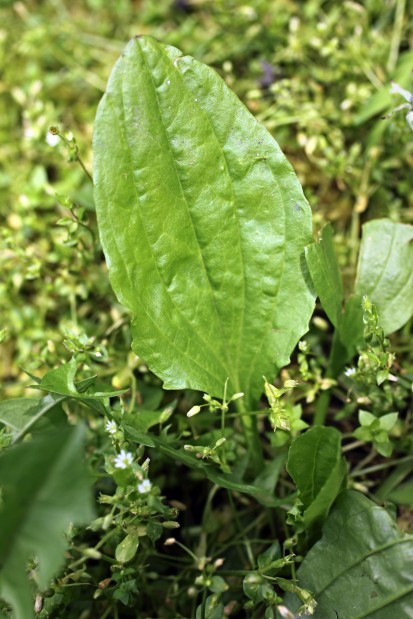 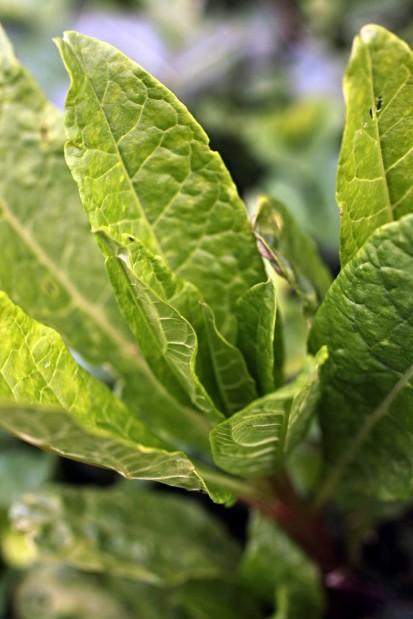 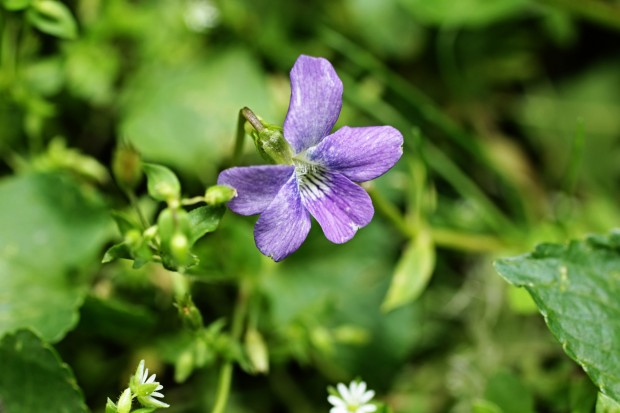 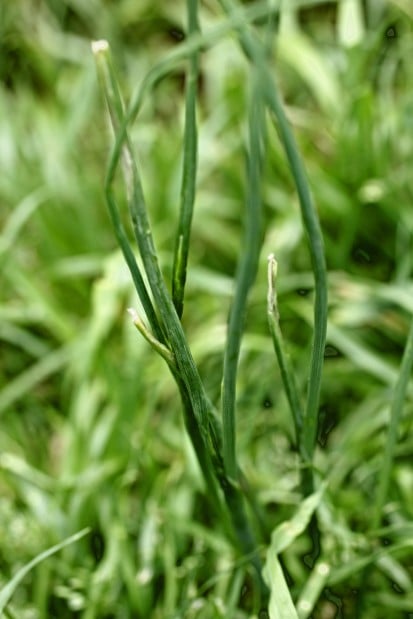 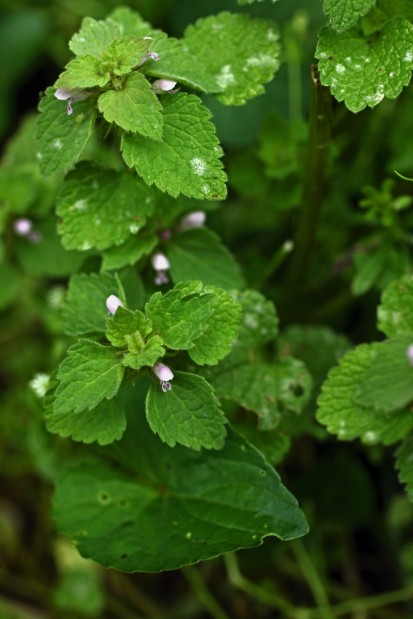 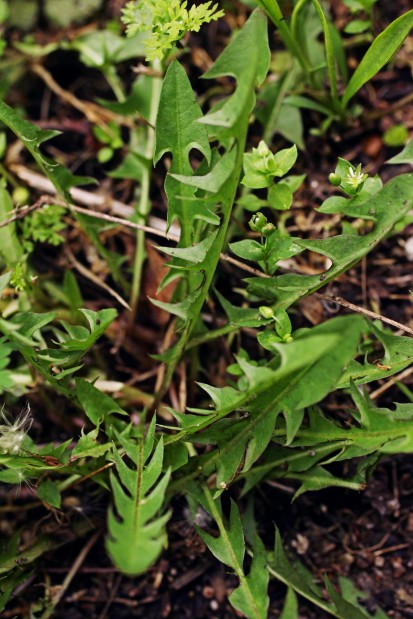 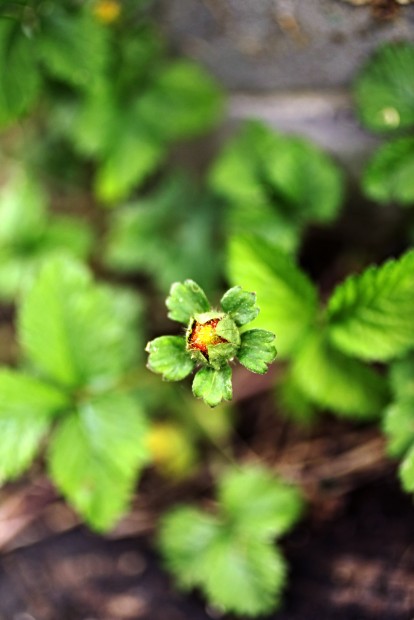 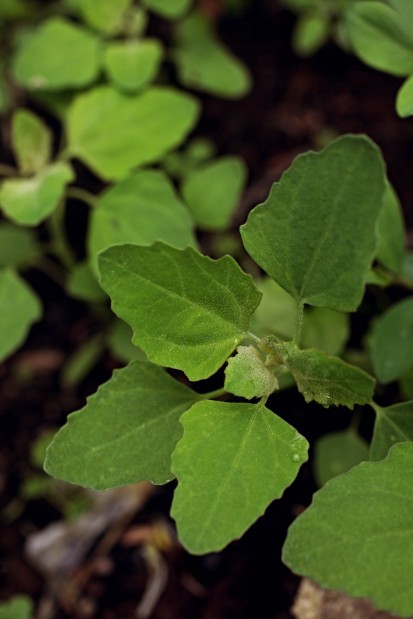 The small front yard was a sea of green, with hearty weeds overwhelming boring blades of grass. One would be hard-pressed to describe the apartment building as having a “lawn.”

It was better. Foragers could find five or more salad-worthy edibles in just a 2-square-foot area of the south St. Louis property where botanist Andrew Townesmith lives.

Townesmith pointed out chickweed, which he adds to sandwiches instead of sprouts. Woodsorrel and its delicate yellow flowers slyly blended in with clover. Wild onion and upright dandelion leaves were easier to spot — especially if the latter came with its own mum-like pop of yellow.

Cooking with unusual plants and — let’s face it, weeds — is gaining popularity, if new books are an indication.

“There’s been growing interest in local foods, and part of that is eating the noncultivated stuff,” Townesmith notes.

“Backyard Foraging” was published in March, letting us know that we can eat not only squash blossoms, but also daylilies, Rose of Sharon and dahlia tubers. “Foraged Flavor” was a James Beard finalist this year, while “The Wild Table” came out in 2010, providing a coffee-table size collection of color photos and gourmet recipes for items from morels and mulberries to fir tips.

Euell Gibbons helped lead the way 50 years ago with “Stalking the Wild Asparagus” (1962). Later, his Grape Nuts commercials, famously spoofed, told us that many parts of the pine tree are edible. Gibbons gathered not only wild plants, but also a huge audience, even though he actually followed Alfred Kinsey. Kinsey, who co-wrote “Edible Wild Plants of Eastern North America,” would find more readers when he starting writing about sex.

For a recent interview, Townesmith had pulled Kinsey’s 1943 book from the Missouri Botanical Garden’s own library, along with a few other classics. The botanist knows that foraging for edible nuts, mushrooms, flowers and greens isn’t new, but he agrees that it seems to be gaining popularity.

A research specialist at the garden’s William L. Brown Center, Townesmith, 35, has his own “life list” of species he’s eaten.

Many people consume only a few species of plants a year, he says. He’s tried 450 separate species — using the scientific definition of species. So varieties of broccoli, cauliflower, cabbage and kale, which are all Brassica oleracea, together add only “one” in the tally.

But there are several reasons to forage for wild plants. Some, like stinging nettles, are tasty and nutritious. Recently, they were on sale at the Tower Grove Farmers Market for $5 a bag.

Yet the main reason to treat yards and forests as a “botanical smorgasbord” is because stalking vegetation is fun and free, writes Tama Matsuoka Wong, the author of “Foraged Flavor.” Wong gathers “plain plants that people tread on or walk by every day” for an upscale New York restaurant.

Knowing wild options can also solve problems. While camping, Townesmith’s friends had rum, but no mint or lime for mojitos. So they boiled sumac for an acidic juice and found a mountain mint to stand in for the grocery-store kind.

At home, a cook may need extra greens for a salad or something to substitute for wilted produce. Young backyard weeds, if pesticide free, can stand in for store-bought arugula, watercress and more.

Although some wild mushrooms can be deadly and should not be eaten by careless novices, Townesmith says that, in general, wild greens are unlikely to make a forager sick. “I think people tend to be overly worried,” he says. “Most plants aren’t poisonous.”

Although weed gatherers are often told to avoid plants by busy roadways, Townesmith even thinks that’s a bit overblown: Lead hasn’t been in gasoline for years, he says. Still, he generally doesn’t collect plants from roadsides or those growing in boggy areas.

“(I)dentify the plant beyond doubt. Next, make sure it is growing or fruiting or otherwise available at the right (T)ime of year. Third is checking out the (E)nvironment. This involves two things. One is making sure it is growing in the right place. The other is making sure the plant is getting clean water and is not in polluted soil. And then, what is the proper (M)ethod of preparation.”

In addition, new foragers should eat a small amount at first just to learn whether they like the taste of a plant and if it agrees with their digestive system.

Townesmith’s favorite wild edibles in Missouri include paw paws, persimmons and morel mushrooms — “if you can find them.” He says city and state parks often let foragers pick fruit off the ground, and most Missouri conservation areas are OK with collecting greens. Check with park officials for restrictions. (As for the wild marijuana Townesmith has run across in Missouri, he’s just alerted one of the area’s rangers. Marijuana was grown for hemp.)

Yard weeds may be more accessible plants for new foragers. Some are nearing the end of the season — they start getting bitter as the weather heats up. But studying up on them this year will make it easier to know when to collect deadnettle, violets or chickweed next spring.

Classes in wild edibles are available through the Missouri Botanical Garden, which also has master gardeners in the Kemper Center for Home Gardening who can help identify plants. This summer, the garden is emphasizing the history and use of plants in its “Foodology” events.

Websites for the Missouri Extension Center and the botanical garden often have good photos and descriptions of weeds (usually for the purpose of eradicating them from farms and gardens).

Wild lettuces and onions aren’t among the botanical garden’s Plants of Merit, but eager foragers don’t spray them — unless it’s with olive oil.

Another weed book and memories of poke salad

With a food story today on edible weeds we included the titles of several books about either gathering plants and/or using them in recipes.

Video: Believe it or not, you can eat these weeds

Crostini With Prosciutto and Wild Greens

One of the more popular weeds is the stinging nettle, says botanist Andrew Townesmith.

Here are some books to inspire and inform foraging:

Edible weeds in the yard

Tour a gallery of photographs featuring edible weeds from a local yard.

Crostini with chickweed garnished with yellow woodsorrel on Thursday, May 16, 2013, in St. Louis. Photo by Erik M. Lunsford elunsford@post-dispatch.com 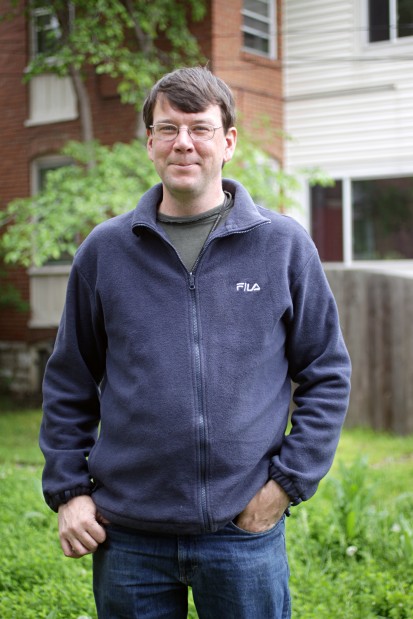 Portrait of Andrew Townesmith of the William L. Brown Center of the Missouri Botanical Garden on Monday, May 6, 2013, in St. Louis. Photo by Erik M. Lunsford elunsford@post-dispatch.com