ST. LOUIS — An unusual Washington University study published Tuesday, in which experimenters immobilized their own arms in shoulder-to-hand casts, has discovered that the brain sends out spontaneous bursts of neuron activity to an immobilized limb, perhaps paving the way for the limb to reconnect when healthy.

The results, to be published in the August edition of the journal Neuron, show that the adult brain is more plastic, or able to adapt and rewire in response to new information, than previously expected. If these spontaneous bursts are responsible for stimulating neuroplasticity and scientists learn how to emulate them, they could hold the key to understand how to enhance plasticity for patients who have had a stroke or other brain damage.

“It goes way beyond what has been done,” he said.

The idea for the study comes out of Washington University’s Midnight Scan Club, a group of scientists who had big ideas but little funding. They started scanning themselves in an MRI after midnight, when the scanner’s fees were reduced by 90%.

Their motto was “carpe noctem,” or “seize the night.”

The scientists ended up with extremely high-resolution maps of their brains.

But associate professor of neurology Dr. Nico Dosenbach thought they could do more. He hoped to try a “sledgehammer approach” — doing something so radical that it must show up on subsequent brain scans. As a medical doctor, Dosenbach worked with children with conditions that caused them to favor one side of the body. A common treatment for such conditions: To immobilize the dominant arm, forcing the child to use the other.

His colleagues joked that the treatment was “mean.”

So Dosenbach and two other researchers decided to put their own arms in casts.

Every morning at 5:30 a.m. for more than seven weeks, Dosenbach would lay absolutely still — without falling asleep — for a 30-minute MRI. “It was a struggle, but it was fun,” he said.

The MRI scans showed that, within two days, the group of neurons responsible for coordinating movement in participants’ casted arms effectively disconnected from the rest of the brain. At the same time, that group of neurons became more interconnected.

Dosenbach, senior author of the study, was surprised to discover how quickly the brain’s architecture adapted in response to the immobilized limb.

“I thought it might take a matter of weeks to change it,” he said. “We were surprised to find that changes set on much more rapidly than we had expected.”

Researchers found more lying hidden in the brain scans. When they looked closer, they discovered powerful “disuse pulses,” or spontaneous bursts of neurons firing, in the disconnected brain circuit responsible for movement of the casted arm. They hypothesized that these pulses serve to maintain brain activity and allow this circuit to reactivate in the future.

“If the entire motor circuit were to fall apart, that would be a huge problem,” said Dosenbach. The disuse pulses essentially help “keep the pipes open” if and when mobility is restored, he said.

“What they did here is insane and very cool,” said University of Pittsburgh psychiatry professor Beatriz Luna. “They found a neural signature for adult brain plasticity. It adds to our understanding that the brain is never doing nothing. It’s always trying to optimize its performance.”

After participants removed their casts, the disuse pulses subsided and brain connectivity returned to normal within two weeks.

In this experiment, Dosenbach and his team looked at the motor system, but in the future, he hopes to see if they might find a similar effect with vision and touch. He also wants to see if sleep might have an effect on neuroplasticity.

The research also taught Dosenbach something about casts.

He chose to wear a neon pink cast because he did not want his 2-year-old daughter, whose favorite color is pink, to think he was actually injured.

But he quickly learned that wearing a brightly colored full-arm cast attracts attention. “You have to deal with everyone stopping you and asking if everything is okay,” he said. “It was hard trying to explain that it was all for science.” 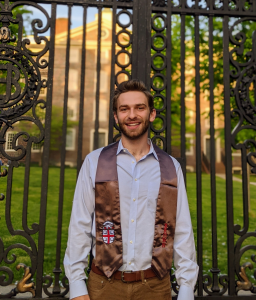 A letter announcing the Lutheran School of Nursing's closure cited enrollment and financial trends, and said that running the school "is no longer an option."

Fenton-based Sunnyhill provided 24-hour care to Jason Uhlmansiek for nine years in his home. They left without a replacement.

US to declare monkeypox a public health emergency

The U.S. will declare a public health emergency to bolster the federal response to the outbreak of monkeypox that already has infected more than 6,600 Americans, according to AP sources

A recent study found people who had alcohol delivered reported consuming more drinks and drinking on more days than people who obtained it through other methods.

The case reflects fact many people with disabilities can’t get appropriate residential treatment in Missouri, an advocate says.

In one of the biggest days of this year's primary campaign season, red-state Kansas rejected a measure that would have made it easier to restrict abortion, and voters in Missouri repudiated a scandal-tarred former governor seeking a Senate seat. Meanwhile, a Republican congressman who voted to impeach former President Donald Trump after the Jan. 6 insurrection lost to a Trump-backed opponent early Wednesday, while two other impeachment-supporting House Republicans awaited results in their primaries in Washington state. In Michigan, a political newcomer emerged from the state’s messy Republican gubernatorial primary, setting up a rare woman-vs.-woman general election matchup between conservative commentator Tudor Dixon and incumbent Democratic Gov. Gretchen Whitmer.

In recent years, Missouri has been among the deadliest states to be pregnant or give birth.

Before the Dobbs ruling, a patient could schedule an appointment to terminate a pregnancy in three or four days in the Metro East. Now it’s taking on average three weeks or more because of a massive influx of out-of-state patients.

Vote counting continues in the close race to determine the Republican nominee for governor in Arizona, with former television news anchor Kari Lake narrowly leading lawyer Karrin Taylor Robson. The race is seen as a barometer of Donald Trump’s enduring influence after establishment Republicans came out in force behind Robson. Lake is closely aligned with the former president, who could gain allies with influence over how elections are run as he considers a 2024 White House campaign. The winner will advance to the November general election to take on Secretary of State Katie Hobbs. And Trump-backed Mark Finchem won the GOP primary to be secretary of state, who oversees elections.