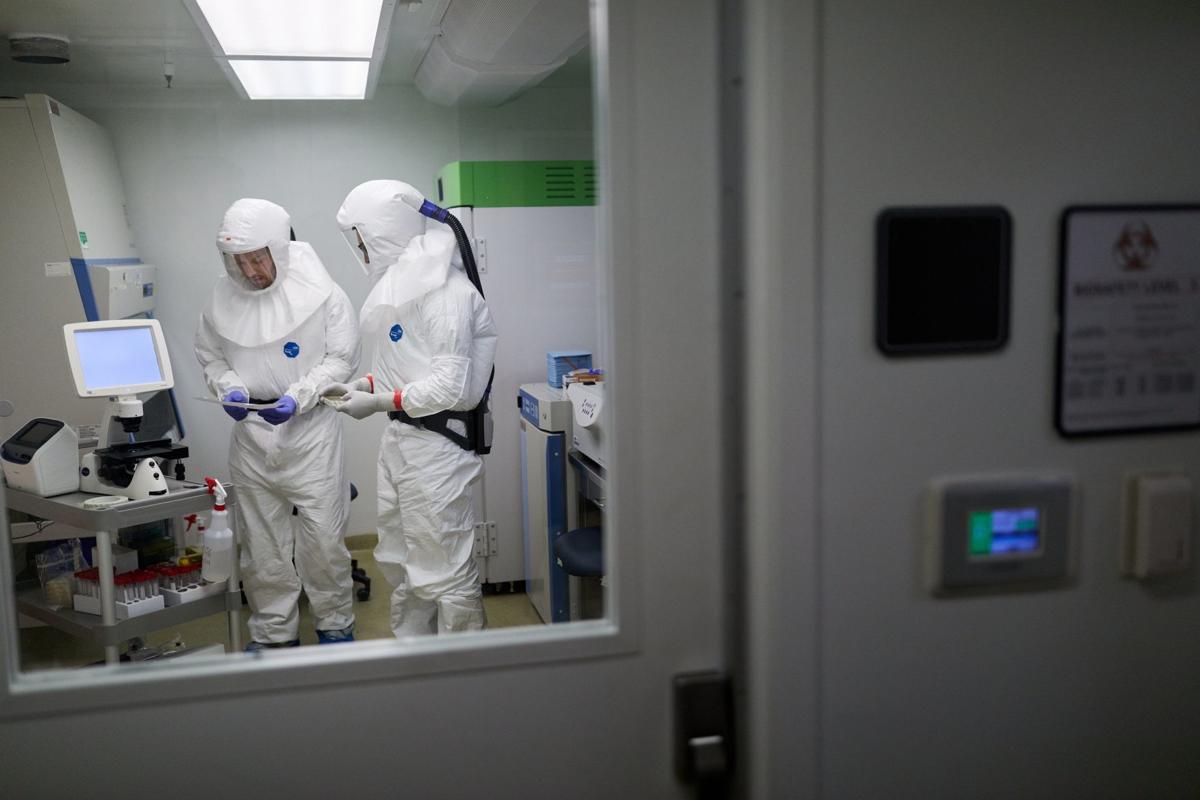 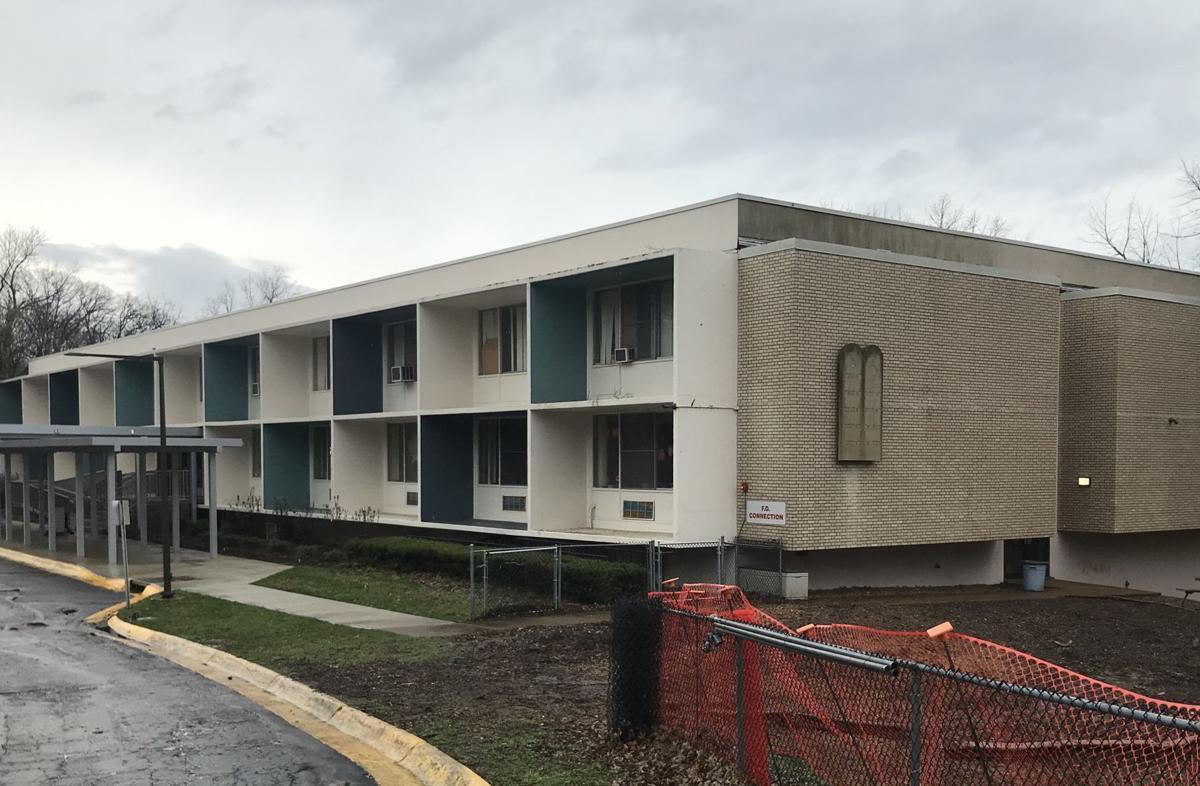 The number of COVID-19 cases inched upward Thursday in Missouri and soared again in Illinois, where officials counted three more deaths from the pandemic.

Missouri’s new cases rose to at least 35 on Thursday, up by 11 from the day before. In Illinois, officials reported 422 cases statewide, a jump of 134 cases from Wednesday.

The three deaths in Illinois were a Will County man in his 50s, a Cook County woman in her 80s and a woman in her 70s from Florida who was visiting Sangamon County, officials said.

“We are fighting this fight for every person in Illinois,” Gov. J.B. Pritzker said at a news briefing Thursday.

Officials attributed the rise in cases to the more than 1,000 people who have been tested in Illinois. Pritzker said he expects daily testing to grow to about 2,000 in the days ahead, which will produce more positive cases. He said the National Guard will help hospitals manage test sites or establish mobile testing sites.

Pritzker also announced low-interest disaster assistance loans up to $2 million available to small businesses, two-month extensions for sales taxes due for some bars and restaurants, and waivers on late sales tax payments through May. Pritzker pledged that pharmacies, grocers and gas stations will stay open. He urged people not to hoard food.

No new deaths in Missouri have been reported since Wednesday’s announcement that a Boone County resident older than 60 had died from the virus after traveling abroad. St. Louis city reported three new cases Thursday for a total of five, and St. Louis County counts 10 cases.

The St. Louis region’s major hospital systems announced they would cancel elective procedures, effective Monday, to protect patients and caregivers from the spread of the coronavirus, and conserve resources needed for COVID-19 patients.

Parson on Thursday defended his decision to not call for more aggressive restrictions on schools and other institutions, saying he understands as a former small business owner how hard it would be to have the government force a shutdown.

“Making decisions like that is easier said than done,” Parson said. “I know how hard it can be to make a payroll.”

He noted that even without a state order, all school districts in Missouri are now closed at least temporarily as a way to slow the spread of the outbreak.

Parson signed an executive order Wednesday allowing state agencies to waive certain rules and statutes in their planning for the outbreak.

‘Got to keep going’

“We need to protect our workers,” Parson said. “The state has got to keep going.”

Meanwhile, a program within the Missouri Department of Corrections will be manufacturing hand sanitizer using inmate labor.

In addition, the State Emergency Management Agency received a shipment of protective equipment that will be distributed to emergency medical service personnel and hospitals, Missouri Department of Public Safety Director Sandra Karsten said.

Parson also predicted more test kits would be made available in the “coming weeks” as the state moves to contract with private companies to expand efforts to identify people carrying the disease.

In St. Louis County, two teachers at the Deutsch Early Childhood Center at Congregation Temple Israel in Creve Coeur and a parent of a student there have tested positive for COVID-19, according to a letter this week to parents from the school’s director.

COVID-19 cases in Missouri by age

“All are recovering well, and we all send them best wishes for a speedy recovery,” Leslie Wolf, the school’s director, said in a Wednesday email obtained by the Post-Dispatch.

St. Louis County’s health department is communicating with the parent and teachers and anyone else who may have been exposed, Wolf’s email said.

Erin May, a spokeswoman for Temple Israel, said Thursday that St. Louis County health officials notified the school Wednesday of the three cases.

May would not identify the three people. She said the school closed last week after several reported cases of flu among staff. The school is sanitizing its building this week during spring break and is tentatively scheduled to reopen April 6. She said school board members were meeting to decide whether to delay reopening.

The school’s enrollment is about 160 students ages 18 months to 5 years, May said.

Among the people taking themselves out of daily life was Jake Zimmerman, county assessor and candidate for county executive, whose son attends the school.

“It’s been a week since he was there and neither he nor I have any symptoms of illness,” Zimmerman said in a Facebook post. “But this is no moment to put others at risk. I’ll be self-isolating for the full 14 days from our last contact with the preschool.”

St. Louis County officials said Thursday that there are 10 cases in the county.

St. Charles County has 212 people on an “advisory quarantine” and 39 people who have been ordered to stay quarantined, Ehlmann said.

So far, one person has tested positive in St. Charles County and none so far in Franklin or Jefferson counties, officials said. Jefferson County has tested six people with four coming back negative and two awaiting results.

• Read about retail stores in the region cutting hours or closing because of the coronavirus.

• Read the list of area restaurants closing, switching to carryout or otherwise adjusting with the coronavirus.