One November night in a Missouri prison, Charles Graham woke his cellmate of more than a dozen years, Frank Flanders, saying he couldn’t breathe. Flanders pressed the call button. No one answered, so he kicked the door until a guard came.

Flanders, who recalled the incident during a phone interview, said he helped Graham, 61, get into a wheelchair so staff members could take him for a medical exam. Both inmates were then moved into a COVID-19 quarantine unit. In the ensuing days, Flanders noticed the veins in Graham’s legs bulging, so he put towels in a crockpot of water and placed hot compresses on his legs. When Graham’s oxygen levels dropped dangerously low two days later, prison staff members took him to the hospital.

“That ended up being the last time that I seen him,” said Flanders, 45.

Graham died of COVID on Dec. 18, alarming Flanders and other inmates at the Western Missouri Correctional Center in Cameron, about 50 minutes northeast of Kansas City. His death reinforced inmates’ concerns about their own safety and the adequacy of medical care at the prison. Such concerns are a major reason Flanders and many other inmates said they are wary of getting vaccinated against COVID-19. Their hesitancy puts them at greater risk of suffering the same fate as Graham.

Inmates pointed to numerous COVID deaths they considered preventable, staffing shortages and guards who don’t wear masks. While corrections officials defended their response to COVID, Flanders said he’s apprehensive about how the department handles “most everything here recently,” which colors how he thinks about the vaccines.

Reluctance to get a COVID vaccine is not unique to Missouri inmates. At a county jail in Massachusetts, nearly 60% of more than 400 people incarcerated said in January they would not agree to be vaccinated. At a federal prison in Connecticut, 212 of the 550 inmates offered the vaccines by early March declined the shots, including some who were medically vulnerable, The Associated Press reported.

The Missouri Department of Corrections said March 12 that more than 4,200 state inmates had received the vaccine out of 8,000 who were eligible because they were at least 65 years old or had certain medical conditions. Officials were still working to vaccinate 1,000 additional eligible inmates who had requested the shots. The department had not begun vaccinating the remaining 15,000 inmates or surveyed them to determine their interest in the vaccines. So far, about 18% of the total prison population has been vaccinated, which roughly tracks with the overall rate in Missouri even though inmates are at higher risk for COVID than Missourians generally and should be easier to vaccinate given they are already in one place together.

Missouri placed the majority of inmates in its lowest vaccine priority group. It is one of 14 states to either do that or not specify when they will offer the vaccines to inmates, according to the COVID Prison Project, which tracks data on the virus in correctional facilities.

Another is Colorado, where Democratic Gov. Jared Polis moved inmates to the back of the vaccine line amid public pressure. The emergence of a more contagious variant of the virus at one prison, however, forced officials to adjust their plans and instead start vaccinating all inmates at that facility.

Lauren Brinkley-Rubinstein, prison project co-founder and professor of social medicine at the University of North Carolina, said that disregarding health officials’ recommendation to prioritize people living in tight quarters might make inmates less trustful of prison staff “when they come around and say, ‘Hey, it’s finally your turn. Let me inject you with this.’”

States cannot mandate that inmates take the vaccines. But Missouri officials have tried to encourage them by distributing safety information about it, including a video debunking myths featuring a scientist from Washington University in St. Louis.

But persuasion is proving difficult at Western Missouri, given inmates’ longtime distrust of prison management. Flanders, Graham and others were transferred there from neighboring Crossroads Correctional Center following a 2018 riot that caused an estimated $1.3 million in damage and led to its closure. Inmates were angry that staff shortages had reduced time for recreation and other programming.

Officials acknowledge that staff shortages have persisted through the pandemic. “Corrections is not the most popular place to work right now,” Missouri corrections director Anne Precythe said at an early March NAACP town hall on COVID and prisons.

Flanders, who is serving a life sentence for first-degree robbery, said the prison didn’t have enough nursing staff to check on him during a bout with mild COVID in November. He said other sick inmates also didn’t receive appropriate medical attention. Karen Pojmann, a corrections department spokesperson, said she could not comment on specific offenders’ medical issues.

Tim Cutt, executive director of the Missouri Corrections Officers Association, said he’s seen no evidence that Western Missouri even had a plan to contain COVID. “They were quarantining for a while,” he said, “but it was a haphazard attempt.”

Also fueling skepticism of prison health care, inmates said, is the failure of many staff members to follow the corrections department’s mask mandate. Byron East, who is serving a life sentence for murder at South Central Correctional Center two hours southwest of St. Louis, said in a phone interview that he has begged officers — many who live in conservative, rural areas where masks are less common — to wear face coverings.

“As an employee, your job is to protect, and we are not able to protect ourselves,” said East, 53. “You can catch something and then come in here and spread it to us.”

Amy Breihan, co-director of the Missouri office of the Roderick & Solange MacArthur Justice Center, a nonprofit civil rights law firm, said she didn’t see a single officer wearing a mask on Feb. 10 when she visited another correctional facility in Bonne Terre.

Corrections Department Deputy Director Matt Sturm confirmed Breihan’s account at the NAACP town hall and said it has been addressed. He said the department expects staff in all prisons to wear masks while inside when they can’t stay 6 feet apart from others.

“Right from the beginning, the Department of Corrections in Missouri has taken COVID extremely serious,” Sturm said. The department deployed “everything we could get our hands on to help either prevent or contain COVID,” including equipment for ventilation and disinfection.

Still, Missouri has reported at least 5,500 COVID cases and 48 deaths among inmates at the state’s adult correctional institutions during the pandemic. The department doesn’t break down COVID deaths by prison, but data from the advocacy group Missouri Prison Reform showed Western Missouri had 21 total deaths from COVID or other causes last year, more than any other state prison even though its population isn’t the largest. Statistics on deaths in the previous year were not immediately available.

An automatic email reply from Eve Hutcherson, a former spokesperson for Corizon Health, which manages health care in Missouri prisons, directed a reporter to Steve Tomlin, senior vice president of business development, but he didn’t respond to questions. The company, one of the country’s largest for-profit correctional health care providers, faced more than 1,300 lawsuits over five years, according to a 2015 report from the financial research firm PrivCo. In Arizona, Corizon paid a $1.4 million fine for failing to comply with a 2014 settlement to improve inadequate health care for inmates.

Despite concerns about prison health care, however, some inmates have agreed to get the shot. East, who is Black, said he initially decided against it because he didn’t trust prison health and thought about the legacy of the Tuskegee experiments from 1932 to 1972, when researchers withheld treatment for Black men infected with syphilis. But he changed his mind after reading about how safe the vaccines are.

Flanders, meanwhile, is still weighing whether to get vaccinated as he mourns the death of his longtime cellmate Graham, a convicted murderer whom he considered a friend and father figure.

Flanders’ mother, Penny Kopp, said Graham helped Flanders manage his finances and kept him from gambling and getting involved with “inmates who are troublemakers.” Kopp, a former corrections officer in Indiana and Colorado, said she understands the challenges of working in a prison but wonders if enough was done to save her son’s cellmate.

Flanders said getting the shot would mean putting himself at the mercy of prison staff as Graham did — and that’s something he’s not ready to do.

Health department warns of prevalence of Delta variant across the state.

Hospital leaders in southwestern Missouri are exasperated with coronavirus patient loads increasing at an exponential pace.

Missouri's average daily number of new COVID-19 cases has been on the rise since the start of June.

The firefighter's death was announced Wednesday in a social media post from the department.

Two counties in northern Missouri have most new COVID-19 cases per capita in the U.S.

The department said the state is seeing a rising number of individuals contracting the Delta variant of COVID-19.

Hospital officials in Springfield and Joplin are seeing more cases, which they attribute, in part, to low vaccination rates, fast-spreading variants and more people gathering without masks. 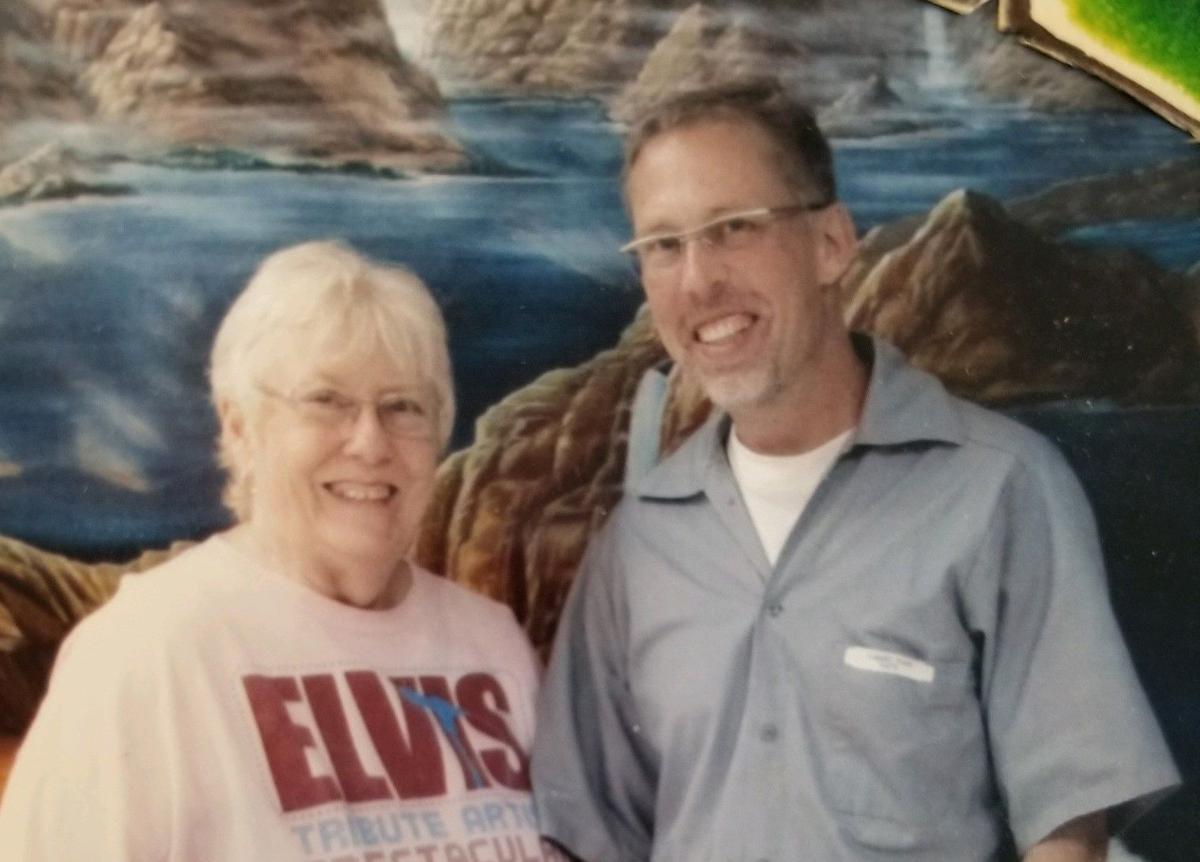 Penny Kopp and son Frank Flanders took this photo on one of Kopp’s last visits to Western Missouri Correctional Center before the Missouri Department of Corrections suspended visits in March 2020 to try to limit the spread of COVID-19. (Timothy McClendon) 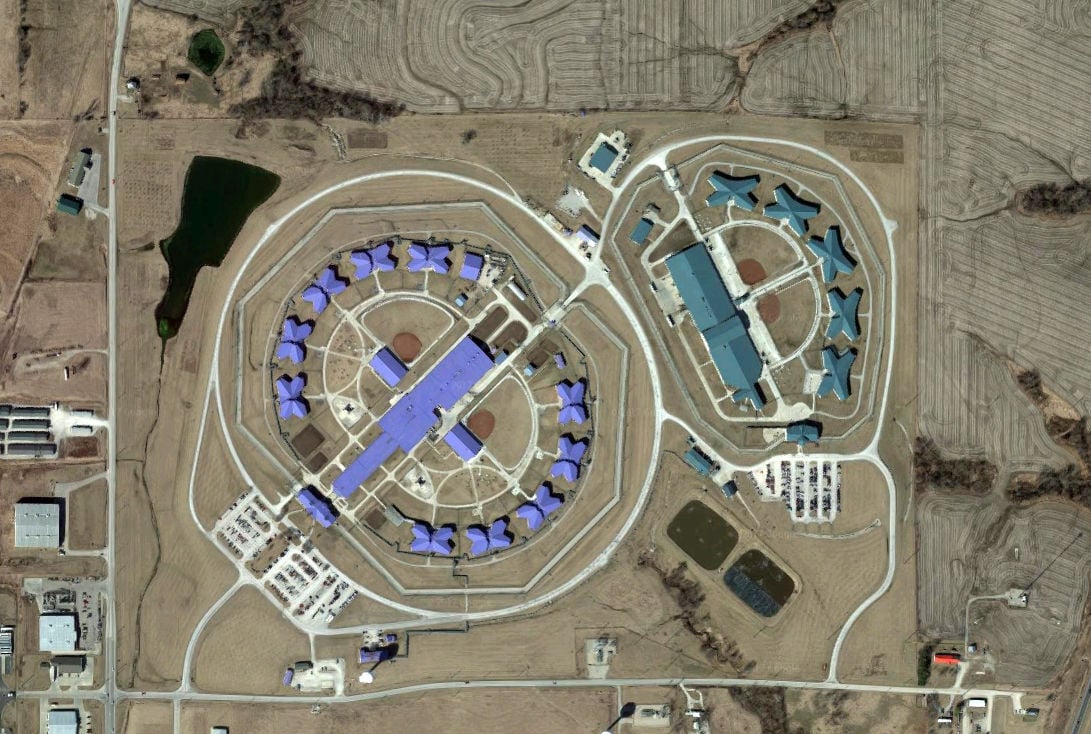