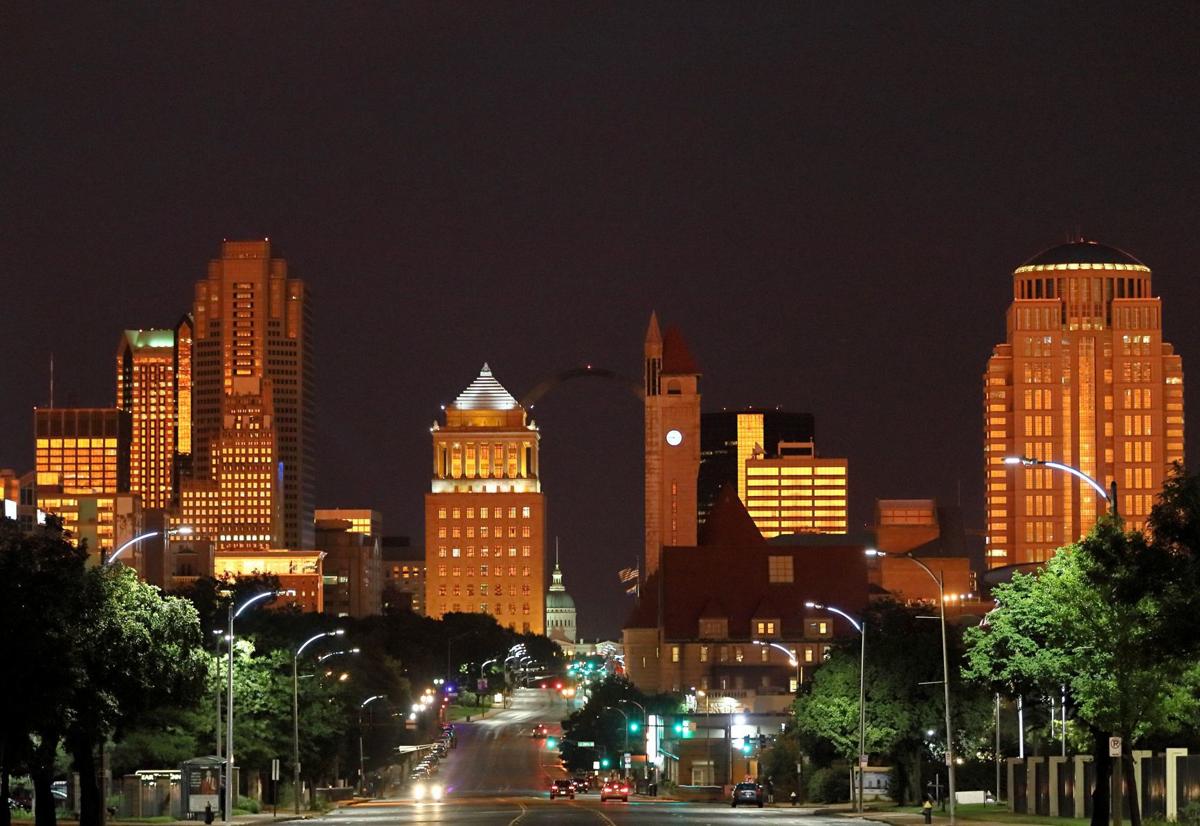 The St. Louis skyline glows against a backdrop of dark storm clouds as the sun sets on Thursday, June 28, 2018. Photo by David Carson, dcarson@post-dispatch.com 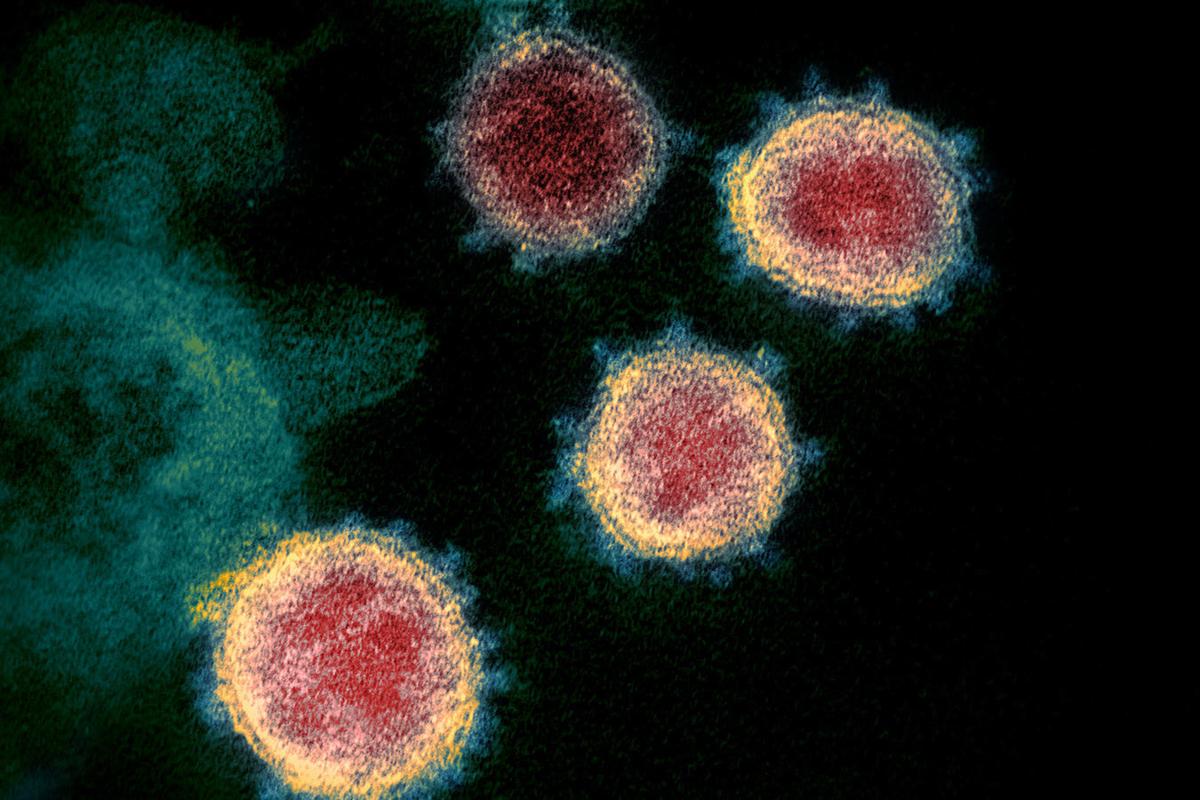 This transmission electron microscope image shows SARS-CoV-2—also known as 2019-nCoV, the virus that causes COVID-19—isolated from a patient in the U.S. Virus particles are shown emerging from the surface of cells cultured in the lab. The spikes on the outer edge of the virus particles give coronaviruses their name, crown-like. Credit: NIAID-RML

ST. LOUIS — Liz Lucas got a call Tuesday afternoon from a friend she’d interacted with closely at a journalism conference in New Orleans days earlier who had tested presumptively positive for coronavirus. She wondered what this meant for her and those around her, so she reached out to local and state health officials in Missouri for guidance.

But like many others across the nation with similar concerns, she didn’t get the answers she sought and had to decide for herself what to do.

“It was very frustrating,” said Lucas, data editor for Kaiser Health News. “I just wanted to make a plan. I just wanted clear guidelines, and I couldn’t get them.”

The COVID-19 outbreak has spawned confusion among health officials, doctors and the public, especially for people who don’t know whether they have the illness but instead fall into the gray area for testing and deciding whether to quarantine themselves.

Testing guidelines from the U.S. Centers for Disease Control and Prevention have changed three times since mid-January. States such as Missouri have their own criteria for testing. Where to turn for questions about isolation and quarantine — and who answers the phones on the front lines — varies by state and community. All this means agencies are sometimes delaying needed advice and giving people incorrect information — even in this city known for its aggressive and effective fight against the 1918 influenza epidemic.

“There are mixed messages and confusing messages from the top levels, and that’s trickling down to the lower levels,” said Jeremy Youde, the dean of the College of Liberal Arts at the University of Minnesota-Duluth and an expert on global health politics. “This speaks to why communication and trust are so vital to public health responses, and why it’s all the more vital to get everyone on the same page as quickly as we can.”

Lucas attended NICAR20, a data journalism conference put on by the Investigative Reporters & Editors group March 5-8 in New Orleans. It issued a statement this week, on March 10, saying the ill attendee was self-quarantining at home for 14 days and “expected to make a full recovery.” Lucas spent hours in the same room with the patient before the person got sick, and they went out to dinner together and hugged.

Lucas called the city of St. Louis Department of Health around 4 p.m. Tuesday, explaining the situation, and the woman who answered the phone took her name and number and said she would call back. Lucas also called her primary care doctor, who said she had no way to test and to wait and see what the health department said. Lucas was advised to go to the ER if she developed symptoms. (Some experts say it’s best not to seek care in the ER unless you have severe symptoms.)

When the city still hadn’t called back after a few hours, Lucas said she “got antsy” and called St. Louis County’s health department. Because she was a resident of the city, though, she said the woman who answered suggested she call the state instead.

Lucas said the woman answering the state’s public health emergency hotline said she didn’t need to be tested. She asked about quarantining herself, and the worker turned to a colleague, who got on the line and reiterated that she didn’t need testing.

“I explained the concept of self-quarantine,” Lucas said. “They didn’t have an answer for me.”

He said they’d look into whether she needed to quarantine herself.

On Wednesday morning — 18 hours after her first call to the St. Louis health department — a city employee called back to tell her she didn’t need testing unless she developed symptoms. The woman gave her an email address and phone number and told her she could use them to keep them abreast of her situation and should let them know if she gets sick.

COVID-19 cases in Missouri by date

“They told me that I don’t have to self-quarantine, but obviously I could,” Lucas said. “It’s kind of like my choice. It might be a good idea but not required.”

She chose to quarantine herself, and by Friday, March 13, six days after her exposure, still had not developed symptoms.

But he said it isn’t the state’s job to handle quarantine and isolation. In Missouri, he said, local governments do that and can seek court orders if people refuse. So when Lucas asked state workers about quarantine, he said, they should have referred her back to the city of St. Louis’ health department. City officials did not return messages from Kaiser Health News seeking comment.

As for testing requests, Williams said the state refers people without symptoms to doctors for testing by commercial labs. Hospitals or health departments send swabs to the state for testing if the patients meet state-specific criteria, which include, among other things, being in close contact with a known patient and traveling to particular virus hot spots.

“The state is trying to use our labs for people that we’re really worried about,” Williams said, adding they had 788 unused test kits as of midweek.

The latest guidance from the CDC is more expansive, recommending tests for symptomatic patients who are hospitalized, older or chronically ill.

Kathleen Winter, a University of Kentucky epidemiologist, said she has heard of other states with their own testing guidelines, and this could be driven by their resources or how the outbreak is playing out in those communities. She said the overall confusion surrounding testing and quarantine also hints at a larger issue.

“The public health system is completely overwhelmed,” she said. “People are working around the clock on this. There just aren’t the resources.”

Still, some people are being offered tests, while others in similar situations are not.

Mark Horvit, an associate professor at the University of Missouri School of Journalism in Columbia, was among about 25 faculty, staff and students from the university who attended the same NICAR conference as Lucas. Like her, he had direct contact with the patient. But as far as he’s aware, none of the students did.

On Wednesday, he said, the university decided to offer tests to anyone in the group who wanted them, and many got tested through campus health on Thursday. Horvit said he hoped to get results by Friday, but heard others were told they might get them Monday.

The university on Friday evening said all classes will be held remotely for the rest of the semester.

Kaiser Health News is a nonprofit news service covering health issues. It is an editorially independent program of the Kaiser Family Foundation.

St. Louis restricts traffic in parks in effort to slow spread of COVID-19

Roads in O'Fallon, Wilmore, Fairground and Carondelet parks will be closed to traffic. Forest Park will also close some roads.

Coronavirus hits all regions and all ages across St. Louis

The data released Wednesday included a breakdown showing the number of COVID-19 cases by ZIP code.

St. Louis County parks closed until at least April 22 because of coronavirus

Officials say they want people to take it upon themselves to avoid defying the order, but law enforcement officials will patrol to keep people away if necessary.

The city is closing tennis, basketball, racquetball and handball, pickleball courts and roller rinks until at least April 22.

State health officials reported 65 new cases of COVID-19 on Sunday afternoon, for a total of 903.

How much you learn about COVID-19 cases in the St. Louis region depends on where you live

The St. Louis skyline glows against a backdrop of dark storm clouds as the sun sets on Thursday, June 28, 2018. Photo by David Carson, dcarson@post-dispatch.com

This transmission electron microscope image shows SARS-CoV-2—also known as 2019-nCoV, the virus that causes COVID-19—isolated from a patient in the U.S. Virus particles are shown emerging from the surface of cells cultured in the lab. The spikes on the outer edge of the virus particles give coronaviruses their name, crown-like. Credit: NIAID-RML