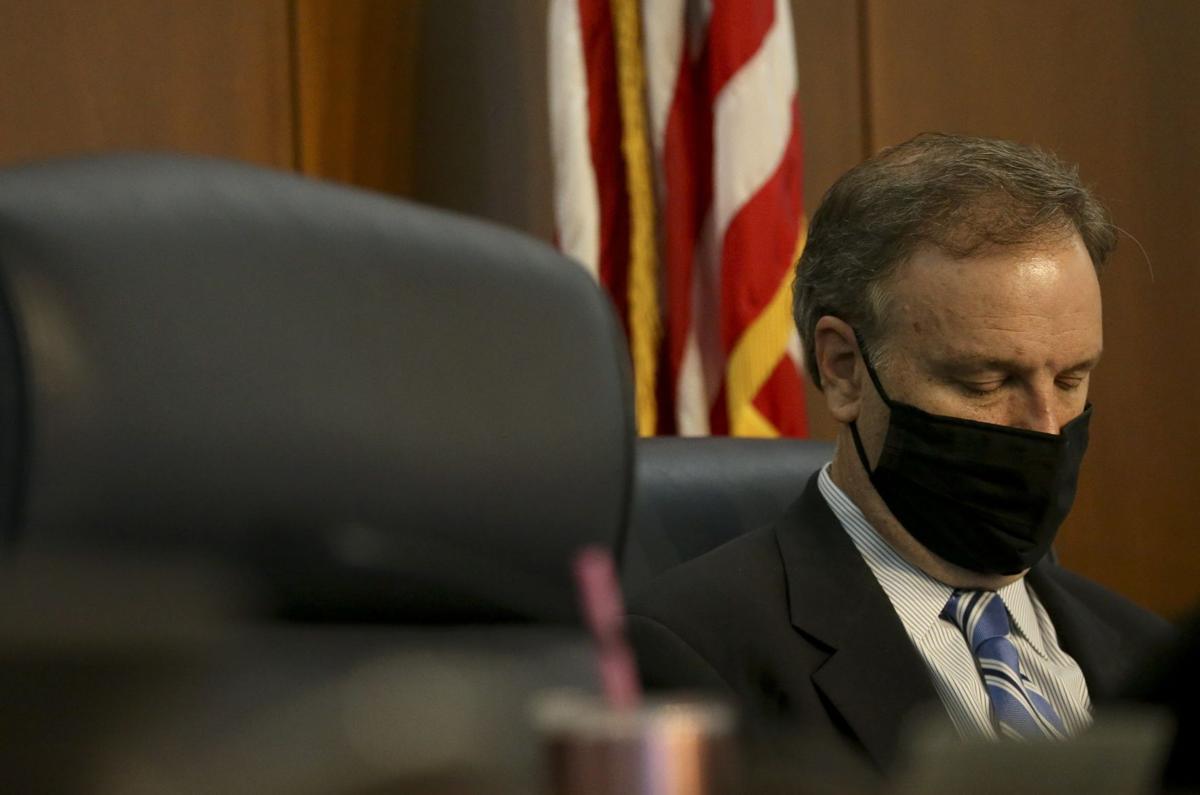 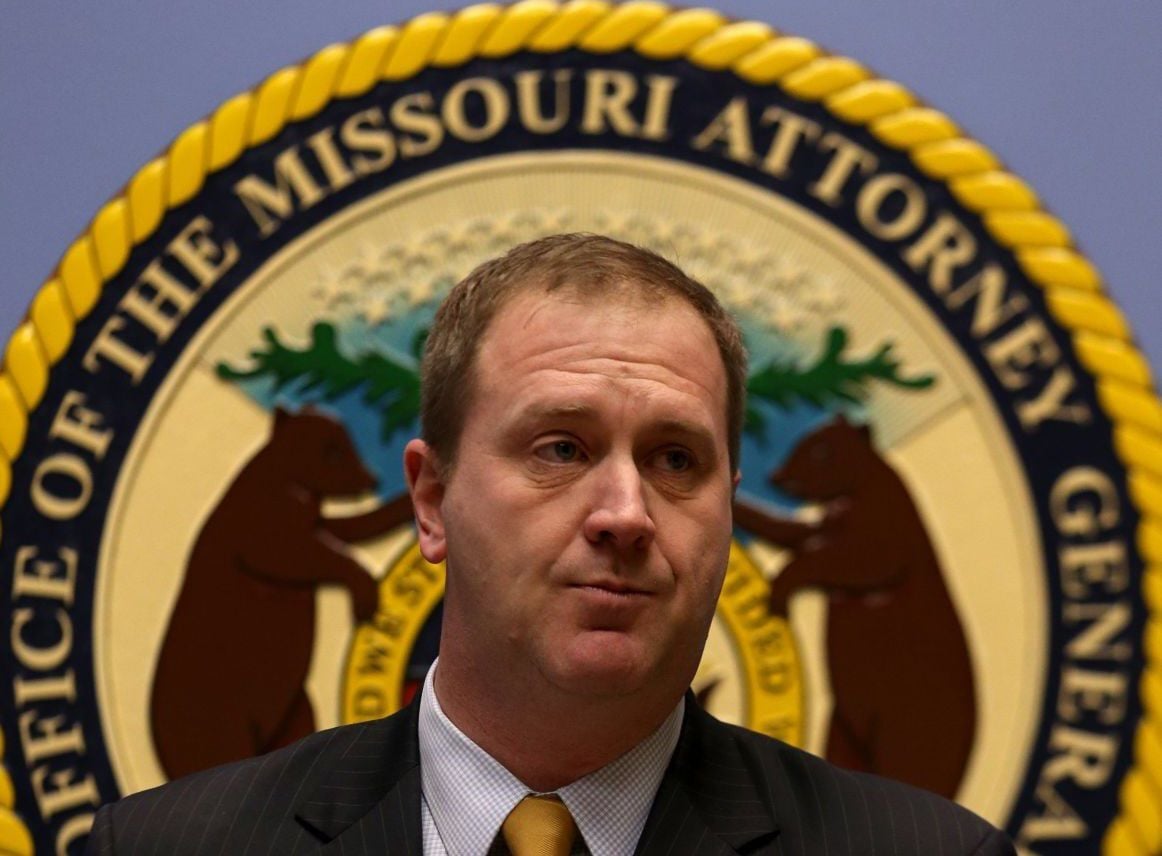 In a letter sent Monday to the council, Dr. Faisal Khan, acting director of the county Department of Public Health, asked to testify “as soon as possible” on the need for a new mask order, either in a meeting or in writing.

Khan’s letter came as St. Louis County Circuit Judge Ellen “Nellie” Ribaudo rebuffed the county’s request that she lift a preliminary injunction against an earlier mask order, which was issued on July 26, and also dismiss the lawsuit brought by Missouri Attorney General Eric Schmitt that led to the injunction.

The July 26 public health order directed everybody 5 and older in the state’s biggest county to wear masks in indoor public places and on public transportation. The order applied to both vaccinated and unvaccinated people.

The council voted 5-2 on July 27 to rescind the mandate, and Schmitt obtained a temporary restraining order, citing the council’s action. On Aug. 19, Ribaudo issued a preliminary injunction.

But, on Aug. 27, after weeks of debate and criticism, two of the council members who’d voted to rescind the mandate — Democrats Rita Days and Shalonda Webb — joined with the council’s two other Democrats to approve a resolution supporting a 30-day extension of the public health order.

Shortly after the 4-0 vote in which all three Republicans on the council abstained, the county filed a motion to dissolve the injunction and asked Ribaudo for a hearing.

At the Sept. 8 hearing, attorneys for the county argued the Aug. 27 resolution qualified as legislative approval for the measure, effectively reversing the council’s July 27 vote and invalidating the legal basis for the restraining order, as well as Schmitt’s lawsuit.

“There is no longer this conflict between the legislative branch and the executive branch,” Neal Perryman, a lawyer representing the county, told Ribaudo.

But Missouri Solicitor General John Sauer argued that the July 26 mask order had been “permanently and indefinitely” terminated by the council’s vote on July 27. And he cited a stipulation in state law that local public health orders would expire after 30 days if they didn’t get approval from local legislative bodies.

Ribaudo on Monday agreed that the July 26 order had already expired by the time the council approved the resolution, and that the council therefore could not extend it.

The council’s actions appear to have puzzled her.

Citing the state law, Ribaudo wrote, “It is unclear to the court why the Council would opt to extend an order they had previously voted to terminate or that expired by operation of law pursuant to Section 67.265 RSMO rather than issue a new order especially in light of this argument made by the Defendants.”

Despite finding the resolution did not extend a health order that had already expired, she nevertheless directed the county to post copies of the resolution to notify residents of the importance of mask wearing. She cited the Aug. 19 temporary injunction, which required the county to post notice that it was barred from enforcing the mask mandate but did not require the county to take down notices asking residents to wear masks indoors, as requested by Schmitt’s office.

“This decision was made so the people of St. Louis County and its visitors to know there is a strong recommendation for everyone to wear a mask when appropriate,” Ribaudo said.

In a statement, Schmitt applauded the judge’s decision not to lift the injunction, saying the “people of St. Louis County scored another win.”

“There is no mask mandate in St. Louis County, and I will continue to lead this important fight on behalf of the people of Missouri,” he said.

But Page spokesman Doug Moore said in a statement that the ruling “changes nothing” about the county’s mask mandate because it just upholds the preliminary injunction issued last month.

“It remains in place but is not enforceable based on a preliminary injunction issued by the judge,” Moore said.

In his letter to the council, Khan said masks were the “most important” measure to protect against a potential rise in COVID-19 cases in winter, driven by the highly contagious delta variant.

“The most important mitigation measure, the wearing of face coverings indoors, is critical as we head into the cooler season where more residents will be spending time indoors and as we continue to encourage St. Louis County residents to vaccinate,” Khan said.

“Given the circumstances, we request that the consultation be scheduled as soon as possible,” he wrote.

Council Chair Rita Days said Monday that she has received Khan’s letter, but hasn’t discussed the matter yet with other council members. She did know when a meeting would be scheduled.

The new order is intended to replace a July 26 mask mandate tied up in a legal challenge by Missouri Attorney General Eric Schmitt.