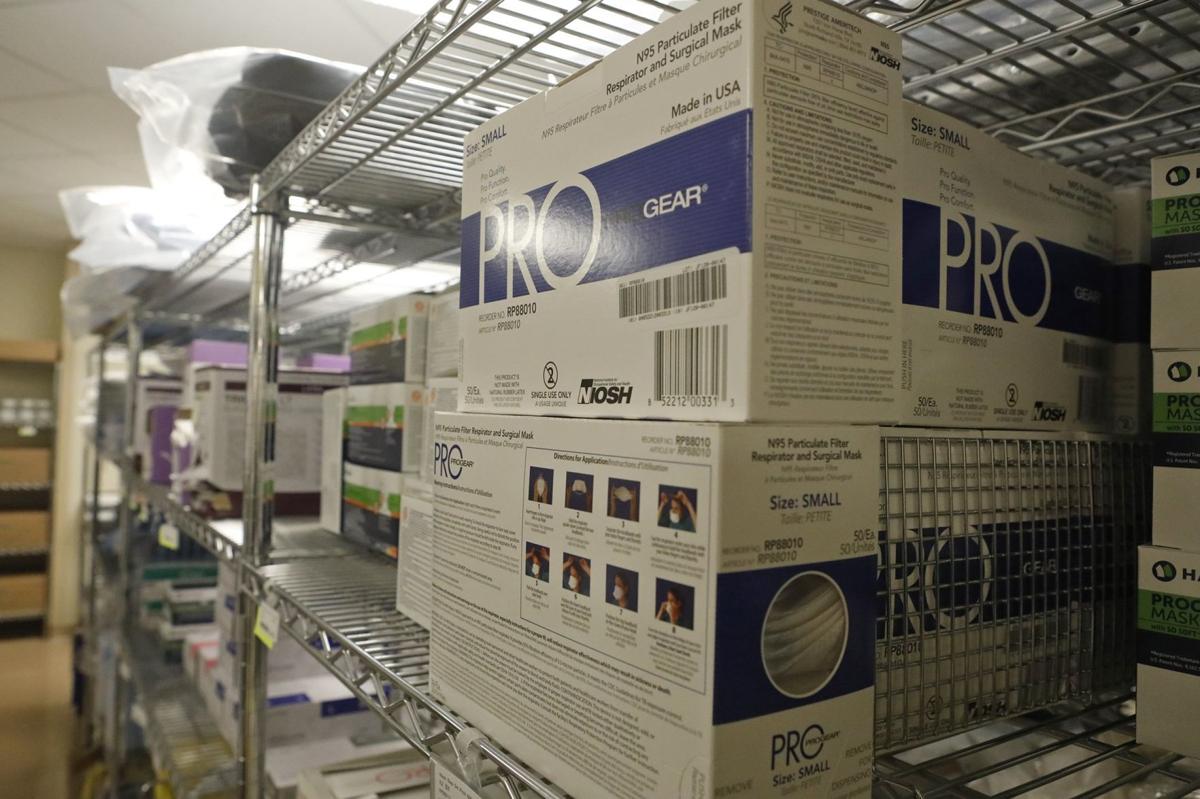 A supply of N95 protective masks are stored and ready in the supply room of the Emergency Department on Thursday, Feb. 27, 2020, at St. Clare Hospital in Fenton. The N95 masks are the type of masks that filter airborne particles such as those produced by the coronavirus. Photo by J.B. Forbes, jforbes@post-dispatch.com

ST. LOUIS — When the coronavirus crisis began spreading through China earlier this year, a group in St. Louis sprung into action.

The local Chinese American community launched an effort in late January that drew supporters locally and globally to raise $250,000 to buy 27 ventilators for hard-hit hospitals in and around the city of Wuhan. Now they are relying on the contacts they made through that effort to purchase protective equipment for hospitals and first-responders facing shortages here.

About $15,000 remaining from their original effort was rededicated to helping local hospitals, according to Min Liu, board member of the Chinese Service Center of St. Louis. Community members also donated 280 of the much-needed N95 respirators, which were given to the Washington University Division of Hematology and Oncology and to Mercy Hospital, Liu said.

Four days ago, the Chinese Education and Culture Center and the Chinese Service Center in St. Louis launched a new fundraising campaign specifically for the St. Louis region. They have raised $31,500 and will continue to raise money through April, Liu said. These funds have been used to buy 15,000 surgical masks from China, which they expect to be delivered later this week. Their goal is to provide personal protective equipment to area health care workers and first-responders for whom social distancing is not an option, she said. They plan to give 1,000 of these masks to St. Louis County police.

“I feel the Chinese community is ahead on this learning curve,” Liu said, because they have been closely following the news of the outbreak for months and hearing from friends and family in China. “We started minimizing social outings before it was required. We realized how important (protective equipment) was going to be because we saw how many hospital workers were infected early on in China” due to shortages, she said.

The relationships they developed with vendors have allowed the group to place smaller orders from FDA-approved suppliers in China, while demand outpaces supply around the world, Liu said.

Some members of the local organizations worried their efforts might attract criticism or unwanted attention here. Nationally, Chinese Americans have reported being targeted for abuse and in bigoted attacks since the pandemic has spread.

“There’s fear among the community,” said JiaMin Dierberg, a board member of the St. Louis Modern Chinese School. Dierberg left China at age 20 to attend college in Japan. She came to America after she graduated and has been in the U.S. for 22 years. She said many prefer not to draw attention to their fundraising efforts.

“We struggled with ‘Do we tell people or don’t tell people?’” she said. Ultimately, they wanted people here to see that their community is doing their part to help. Like anyone else, they want to be judged by their actions and not based on harmful stereotypes, she said.

“It seems we group people by skin color or race and not by how their hearts are,” she said.

A supply of N95 protective masks are stored and ready in the supply room of the Emergency Department on Thursday, Feb. 27, 2020, at St. Clare Hospital in Fenton. The N95 masks are the type of masks that filter airborne particles such as those produced by the coronavirus. Photo by J.B. Forbes, jforbes@post-dispatch.com