CLAYTON — A St. Louis County judge on Tuesday temporarily blocked enforcement of a new mask mandate in the county after lawyers for the Missouri Attorney General’s Office argued the mandate was overturned by a County Council vote.

Circuit Judge Ellen “Nellie” Ribaudo’s ruling granting a temporary restraining order says the Attorney’s General’s Office is likely to succeed in its lawsuit, finding that the County Council had the power to overrule the mask mandate. But she set another hearing for Aug. 17.

She said a continuing dispute over the legality of the mandate would represent “irreparable harm … as there are conflicting rulings by separate branches of the St. Louis County Government leaving the residents of St. Louis County with no clear statement of their legal rights and obligations as it relates to the July 26, 2021, Face Covering Order.”

Ribaudo cautioned in her three-page ruling that she was “not entering the politicization of wearing a mask” or commenting on the wisdom of the council vote but simply determining the legal issue.

“The court notes that although some will take this court’s ruling as a victory there is no victory while the COVID-19 virus remains a significant threat to public health, and there is no question it remains a significant threat to public health. There can be no victory until the residents of St. Louis County and the state of Missouri are no longer risking their health, well being and lives at the hands of COVID-19 virus,” Ribaudo wrote.

During a virtual court hearing earlier Tuesday, Missouri Solicitor General John Sauer argued that state law is “clear cut” that political subdivisions such as the County Council have the power to rescind public health orders in response to infectious diseases. He said a temporary restraining order was needed to stop the mask order’s “irreparable injury” from being inflicted upon St. Louis County’s residents.

The effect of the “unlawful mask mandate,” Sauer said, includes the “human harms from the social isolation and the impact on children, the impact on small businesses and things of that nature.”

Neal Perryman, a lawyer representing St. Louis County, argued that the mask mandate is legal and that none of the previous legal challenges to St. Louis County’s public health orders since the start of the pandemic has prevailed. Perryman said the mask order doesn’t restrict access to anyone, close local businesses nor restrict occupancy. He argued that issuing a temporary restraining order would be premature and would only create greater uncertainty in St. Louis County, particularly if a higher court overturns it later.

“This is not some absurd, crazy idea that the state’s brief would lead you to believe that it is,” Perryman said. “It says wear a mask when you’re in a private space or indoor public space with exceptions to deal with religious issues, people with disabilities, people that are hard of hearing.”

After Ribaudo’s ruling, County Executive Sam Page tweeted, “We are disappointed in the judge’s decision as more and more mask requirements are put in place across the country to help slow this deadly virus. The (Centers for Disease Control and Prevention) recommends wearing masks in public places and we ask everyone to follow that guidance as we continue our vaccine efforts.”

Councilman Tim Fitch, R-3rd District, said in a phone interview, “This is the second time we’ve challenged Sam Page in court and we’re 2-0.”

“We felt all along we were on solid legal ground. We don’t do these things emotionally like (Page) seems to,” Fitch said. “We would like to have the opportunity in the future to work with the county executive on any kind of health mandate as the law requires.”

Fitch noted that the council passed a resolution after voting against the mandate that encouraged people to get the vaccine and encouraged the unvaccinated to wear a mask inside public places. He also said a mandate takes away the incentive to get vaccinated.

State Attorney General Eric Schmitt in his own tweet called it a “huge win for the people of St. Louis County.”

The St. Louis Metropolitan Pandemic Task Force said in a statement Tuesday that, regardless of the mask mandate, the task force is in favor of masks and social distancing, especially in indoor settings, to protect the vulnerable and children who are not yet eligible for vaccines.

“Due to the more contagious nature of the delta variant, without an increase in vaccination rates and mask wearing, the virus will keep winning,” the statement said. “Hospitals will be pushed beyond capacity and we’ll see more deaths in our area.”

Masks and vaccinations are the least disruptive tools to prevent spread, he said. And using both now will reduce the likelihood that the region will need more disruptive public health restrictions in the future, like limitations on gatherings.

“This virus isn’t going to wait,” Lawrence said. “This virus is going to continue marching on, whether there’s any mandate or not.”

Ruling does not affect city

Tuesday’s hearing did not deal with a similar mask order in St. Louis, although lawyers for the city did observe the arguments.

Page and Dr. Faisal Khan, acting county health director, issued the county mandate July 26 in hopes of slowing the spread of the highly contagious delta coronavirus variant, which has been spreading rapidly around the country, but particularly in areas with lower vaccination rates, like Missouri.

The order required masks in indoor public places and on public transportation for both vaccinated and unvaccinated individuals 5 and older.

Schmitt’s office sued the same day in St. Louis County Circuit Court to block it. The next day, the County Council voted 5-2 to terminate the mandate.

Councilwoman Lisa Clancy, D-5th District, has said she would pursue legislation to require masks, but the measure faces opposition on the seven-member legislative body.

Annika Merrilees and Robert Patrick of the Post-Dispatch contributed to this report.

Judge gives lawyers on both sides a day to work together and propose solutions. 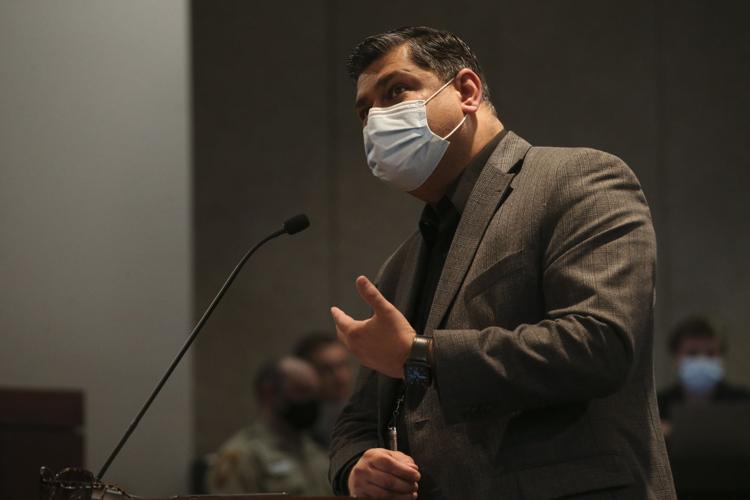 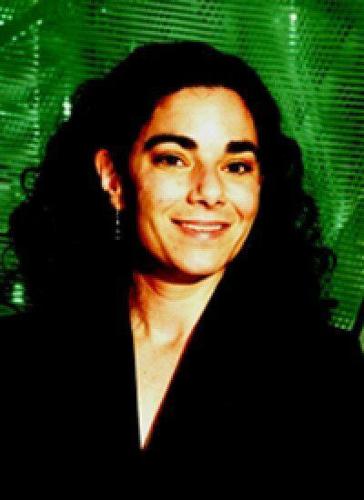