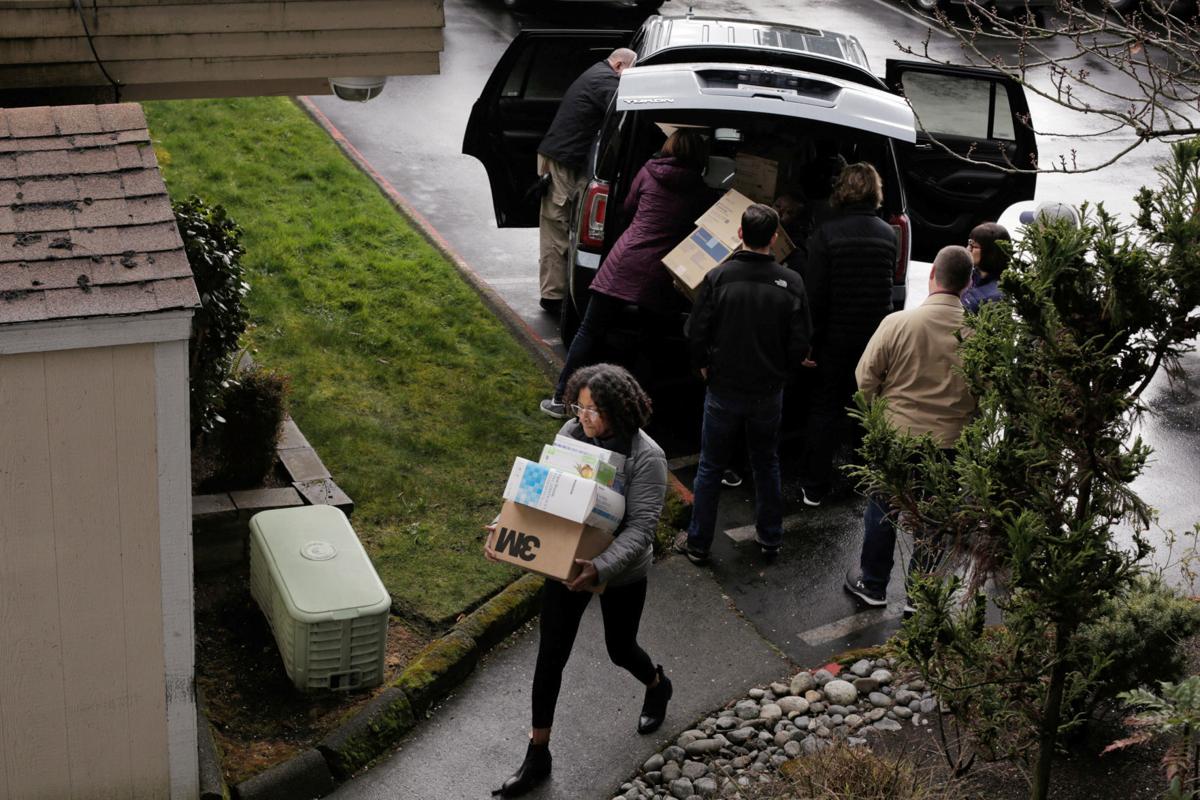 People load personal protective equipment and other supplies into a back side entrance of the Life Care Center of Kirkland, the long-term care facility linked to several confirmed coronavirus cases in the state, in Kirkland, Washington, U.S. March 7, 2020. REUTERS/David Ryder/File Photo 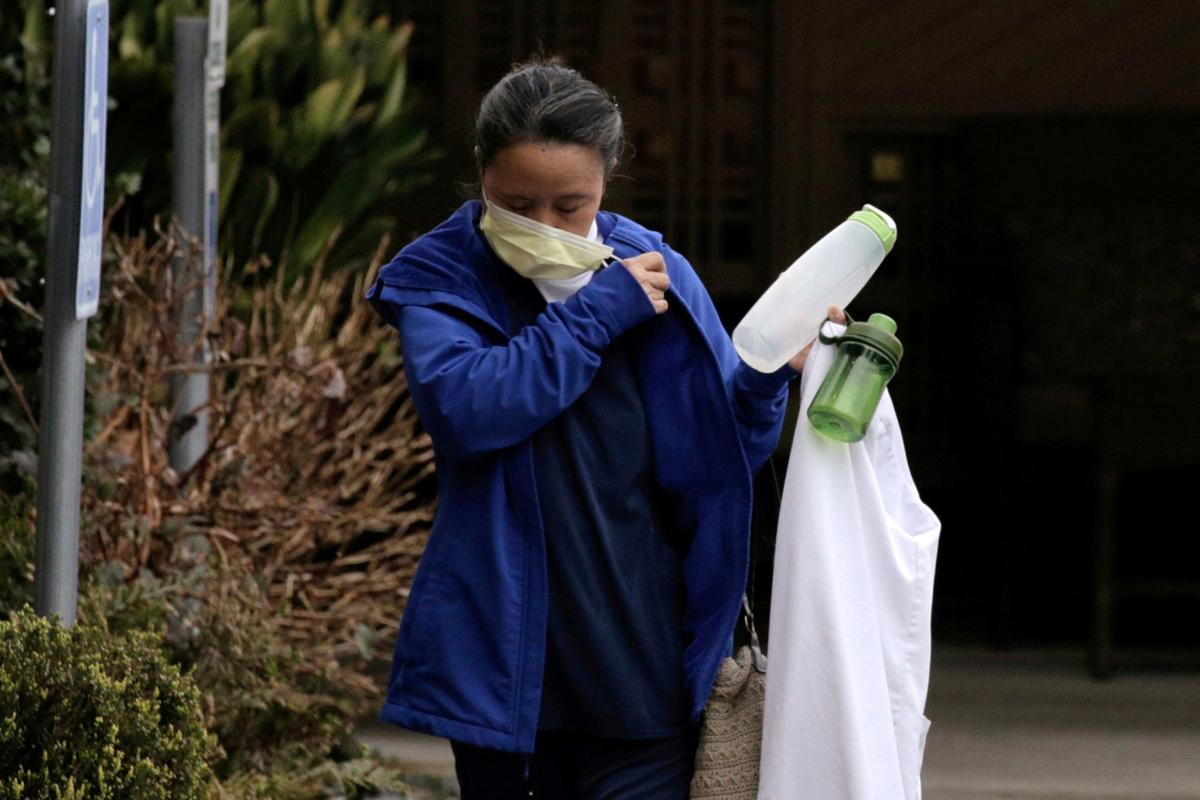 As coronavirus cases exploded across the world, federal medical workers tasked with screening incoming passengers at U.S. airports grew alarmed: Many were working without the most effective masks to protect them from getting sick themselves.

Screeners with the U.S. Centers for Disease Control and Prevention asked their supervisors this week to change official protocols and require stronger masks, according to an internal document reviewed by Reuters. On Friday evening, they learned their worst fears were realized: Two screeners, both working at Los Angeles International Airport (LAX), had tested positive for the virus.

“Sad news,” a senior quarantine official at the CDC wrote in an email Friday evening to colleagues about the two workers. The email, reviewed by Reuters and not previously reported, said the two screeners will be quarantined until March 17. “Let us keep our colleagues at LAX in our thoughts.”

The news was not surprising to some CDC screeners.

“It was bound to happen,” said a veteran CDC medical official involved with screening who spoke on condition of anonymity. “They are assuring us we are safe. If we were safe, screeners would not be getting sick.”

The struggles within the CDC, an agency that advises the country’s health systems about how to protect people against the virus, underscore the difficulties confronting health workers across the nation and illustrate a challenge for the Trump administration, which has faced criticism over its response to the outbreak.

Trump on Feb. 26 described the risk from coronavirus as “very low.” Cases, however, have now been reported in more than half of the 50 U.S. states, including Missouri and Illinois, and 19 people have died.

U.S. doctors, nurses, emergency responders and government health workers say they are increasingly concerned at what they see as inadequate protections and preparation for workers in the trenches. Many complain of poor training and communication in the workplace as well as insufficient equipment and staffing.

At the CDC, spokesperson Kristen Nordlund said the airport medical screeners receive the protective gear they need, depending on their roles.

The CDC recommends that so-called “secondary" screeners, who meet with passengers who have traveled to certain countries, such as China, wear a surgical mask, gloves and eye protection, Nordlund said. Secondary screeners are advised to stand six feet away from passengers they observe and do not wear the sturdier N95 masks, also known as respirators, because they aren’t exposed to symptomatic travelers, she said.

N95 masks are designed to protect screeners from the smaller pathogens such as coronavirus which can penetrate deeper into the lungs. According to the U.S. Food and Drug Administration, surgical masks are not designed to block very small particles, such as those transmitted by coughs and sneezes, and do not provide complete protection because of the loose fit.

Nordlund said that CDC’s guidance calls for screeners who meet with people exhibiting obvious signs of illness to wear N95 respirators and other protective gear.

But people infected with the coronavirus do not necessarily exhibit obvious signs of illness.

“Surgical masks won’t protect us from getting the virus — they just protect us from infecting someone else,” the CDC medical official involved in screening said. “We want to know why we can’t wear N-95 masks. It’s crazy.”

“You might as well have a tissue over your face for all the good it will do,” the official added.

The CDC spokeswoman, Nordlund, referred specific questions about the LAX screeners, including about what kind of facial protection they were wearing on the job, to the Department of Homeland Security, which she said employed the two workers as contractors on behalf of CDC.

DHS could not be immediately reached for comment on the workers’ masks.

In the meantime, dozens of health care screeners and other employees at LAX believed to have come into contact with the stricken screeners have been ordered to self-quarantine until March 17, the CDC medical official told Reuters.

‘A little bit of an oversight’

The U.S. Department of Health and Human Services did not respond to the specific safety concerns raised by the nation’s health care workers. But a department spokeswoman said the administration is working with companies that manufacture the equipment, including N95 masks, “so we can rapidly arrange contracts to buy supplies to protect the American people.”

Dr. Robert Kadlec, the assistant secretary of Health and Human Services for Preparedness & Response, said at a Senate hearing on Thursday that historically the plan for protecting front-line health care workers has been to focus on routine influenza, which can be prevented by vaccines or treated with antivirals. Coronavirus is not influenza.

Not preparing more respirators for an outbreak like coronavirus was a “little bit of an oversight and has significant implications for today,” Kadlec testified.

He said the government just authorized the purchase of 500 million respirators, which it expects to receive in the next six to 12 months. “So that will ramp up,” he said. Earlier, officials had said they had 13 million on hand.

The shortage of medical gear, including N95 masks, is endangering healthcare workers across the world, the WHO said on March 3, calling on governments to move quickly to boost supplies and stop speculation and hoarding.

The CDC’s airport screeners are part of the healthcare workforce at risk. But a health expert involved in the U.S. government response said the problem was more widespread. State and local first responders — firefighters, emergency medical services personnel and police — are expressing the same alarm.

“We know the level of expertise and training the people we put on the front line need, but we’re not even close to having it," said the expert, who was not authorized to speak on the record.

On Thursday, the union National Nurses United (NNU) released a nationwide survey of registered nurses finding that fewer than half of respondents said their employer has informed them of how to recognize and respond to possible coronavirus cases. Less than a fifth said their bosses have a policy to address employees with suspected or known exposure, and less than a third reported having enough protective gear on hand at work should cases surge, according to NNU.

“They have all of this stuff written down but then we go and talk to our nurses in these facilities and absolutely none of it is being implemented,” said Jane Thomason, the lead industrial hygienist with the Health and Safety Division of the National Nurses United. “We’re seeing a majority of employers are not prepared.”

NNU has petitioned the U.S. Occupational Safety and Health Administration (OSHA) to adopt an emergency temporary standard to require protections for health care workers in an infectious disease epidemic.

Around the globe, there are now nearly 102,000 confirmed coronavirus cases in 94 countries, with close to 3,500 deaths, most of them still in China, the WHO reports. But already the relatively small number of cases in the United States is testing the limits of the country’s preparations.

In Washington state, with about 70 cases thus far, the rapid surge in suspected cases swamped the protections put in place at hospitals and health centers.

One doctor at a major hospital system wrote in email to professional peers around the country that his staff is quickly burning through supplies of protective gear and struggling to properly fit workers with masks.

“Not sustainable,” he said.

The March 3 email, shared with Reuters by a recipient on condition that the doctor’s name and affiliation be withheld, said the heavy volume of cases scotched plans to furlough workers who had been potentially exposed to the virus.

In one example, the doctor wrote that treating just two patients led to the potential exposure of 350 people. Instead of keeping the staffers at home, the physician said, they were allowing them to work and monitoring them for symptoms.

“This has been a long four days,” he wrote.

The woman, a university student, had studied abroad in Italy before returning home to the St. Louis area earlier this week, officials said.

Stay up to date on the latest St. Louis news surrounding the coronavirus

To help our readers keep up with news, we've created a free daily email newsletter.

The sister of the infected patient and her father attended a father-daughter dance Saturday night. County officials say the family had been told Thursday to self quarantine.

People load personal protective equipment and other supplies into a back side entrance of the Life Care Center of Kirkland, the long-term care facility linked to several confirmed coronavirus cases in the state, in Kirkland, Washington, U.S. March 7, 2020. REUTERS/David Ryder/File Photo