ST. LOUIS — People in their 20s and 30s now make up a third of all coronavirus cases in St. Louis, Mayor Lyda Krewson said Monday, as weary state and local officials reported a rise in virus hospitalizations.

Krewson said during a Facebook Live briefing that it’s unlikely broad restrictions will be reimposed in the city, even though the state has seen a jump in virus cases in the last week and there’s a “worrisome” increase in the number of young adults in St. Louis who are testing positive.

“I know especially when you’re young, you think, ‘That’s not going to happen to me.’ I understand that,” Krewson said. “Even older people think that way sometimes. But it actually can.”

Krewson warned against loud bars, where masks may not be worn and shouting ensues over music, possibly increasing virus particles in the air.

“But younger people also heard the message that the risk is higher in people older with underlying conditions, so they’re not being as careful as they get together with their friends,” Babcock said.

She said hangouts such as bars and restaurants where masks are taken off to eat and drink are the “perfect storm” for the virus to spread.

The St. Louis Metropolitan Pandemic Task Force on Monday reported the seven-day moving average of patients admitted to regional hospitals increased by one to 28, and total hospitalized patients increased to 175 from 173 on Sunday.

The head of the task force, Dr. Alex Garza, said most coronavirus numbers increased — as they have for the past week — including for patients on ventilators and in an intensive care unit.

Krewson said if the seven-day average for new hospitalizations reaches 35, or if 40 or more people are admitted to a hospital for three out of four days, city officials will consider “pulling back” the reopening of the city. The average on Monday rose to 28.

“Right now, I don’t see a complete shutdown again,” Krewson said. “I sure hope not, because I think we’re all smarter than that now.”

County Executive Sam Page has announced a color-coded system — red, yellow and green — to indicate the virus’ level of severity.

The county on Monday announced the alert level at red, in light of an increase in the number of cases and hospital admissions increasing by 26% since June 21, according to the county’s daily COVID-19 report.

In addition to more young adults who are infected, Missouri hospitals are seeing a spike in adolescents seeking help for self-harming behavior and other mental health concerns as stress weighs heavily, said Dr. Rachel Charney, a St. Louis pediatrician.

Charney said pediatric hospitals are seeing an increasing number of children with psychiatric illnesses because of the anxiety that can come with living in a pandemic, she said.

“The stress, the fear and the uncertainty created by COVID-19 can wear down anyone and our teens seem to be particularly vulnerable to this,” Charney said.

She said parents can look for signs that may indicate their child is living with a mental health concern, such as a change in sleeping and eating habits, a lack of interest in activities that used to interest the child, reckless or risky behavior, a lack of personal hygiene or talk of suicide.

Charney said parents should contact their pediatrician if they are concerned. 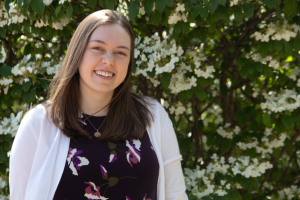 Multiple campers and staff tested positive for the coronavirus at Camp Cedarledge in Pevely and Camp Tuckaho in Troy.