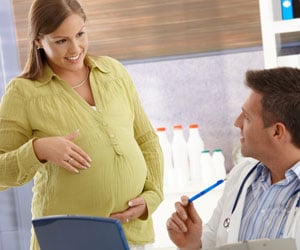 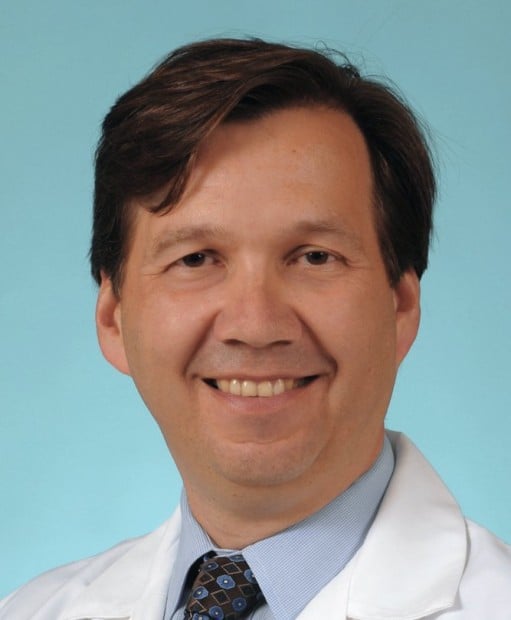 Dr. George Macones, head of the Department of Obstetrics and Gynecology at Washington University School of Medicine.
BY MICHELE MUNZ • 314-340-8263

Recent changes in national guidelines are prompting more women with C-section scars to choose to try to birth subsequent children vaginally, and more providers willing to offer the choice, according to head of the obstetrics department at Washington University School of Medicine.

"I think we've seen the bottom of the pendulum with the VBAC rate, and it will swing the other way," said Dr. George Macones, an expert in the safety of a vaginal birth after Caesarean.

Macones will join others in discussing the latest research and what can be done to make labor safer at the biennial conference of the International Cesarean Awareness Network held in St. Louis, April 8-10.

The network is a nonprofit founded in 1982 to improve maternal-child health by preventing unnecessary Caesareans and to provide support for women recovering from the surgery. The organization has more than 130 chapters, including the St. Louis area, which holds monthly meetings in St. Charles, Glendale and Belleville.

The conference comes at a time when the C-section rate is at a record high — 32 percent of all births — an increase of 53 percent since 1996. Many factors are behind the increase, including the vaginal birth after Caesarean rate, Macones said. "A significant portion is related to women having repeat C-sections."

Despite research that estimates 60 percent to 80 percent of women with prior C-sections would succeed in attempting a vaginal birth, the latest figures show the rate has fallen to just 8 percent from 28 percent in 1996.

While the conference will cover issues, such as caring for a Caesarean scar, legislative advocacy and delivering breech babies, the weekend will focus on educating women and health-care professionals about the latest evidence regarding vaginal births after Caesareans, said conference director Maureen Hetrick.

A year ago, the National Institutes of Health gathered evidence from experts in multiple health fields and concluded that labor is a "reasonable option" for women with prior C-sections.

Shortly after, the American College of Obstetricians and Gynecologists loosened its guidelines stating that attempting a vaginal birth after Caesarean is a 'safe and appropriate choice" for women, including those carrying twins, with two previous Caesareans, a suspected large baby or gestation beyond 40 weeks.

Macones, tapped by the national institute in developing its VBAC consensus, has published more than two dozen studies about the safety. He has reviewed records of almost 25,000 women at multiple hospitals and found that the risk of uterine rupture (c-section scar breaking apart during labor) is less than 1 percent.

"VBAC is not as dangerous as it has been painted to be," Macones said. Several other obstetric procedures carry the same, if not higher, complication rates.

Macones said the "perfect storm" led to the marked decrease in the VBAC rate: physicians' more aggressive use of medications to induce or speed up labor (which can increase the likelihood of a C-section), the rising cost of malpractice insurance and patient preference.

In addition, the obstetrician college released guidelines in 1999 that recommended a surgical staff be "immediately available" when a woman with a prior Caesarean is attempting a vaginal birth. This led many hospitals, insurers and physicians to refuse services to women wanting to avoid another C-section.

According to the national institute, various surveys show approximately one-third of hospitals and one-half of physicians no longer offer trial of labor to women with Caesarean scars.

The obstetrician college's latest revision still maintains that attempting a VBAC is safest with immediate access to an emergency Caesarean but recognizes these resources aren't always available. "Given the onerous medical liability climate for ob-gyns, interpretation of the college's earlier guidelines led many hospitals to refuse to allow VBACs altogether," said president Dr. Richard Waldman.

The new guidelines state that vaginal birth after Caesarean is associated with decreased maternal morbidity and risks of complications in future pregnancies. A failed attempt, however, carries higher risks, making it important for doctors to assess which women are likely to be successful.

Some women's health and professional organizations, such as Lamaze International and American College of Nurse Midwives, feel the changes did not go far enough in providing a birthing choice to women with prior C-sections. Despite the low risk of uterine rupture, many providers and hospitals — including Belleville Memorial Hospital and Gateway Regional Medical Center in Granite City — still have restrictions because of the recommendation a surgical staff be on hand.

Macones said he thinks the new guidelines are balanced. "I actually feel like a lot of progress was made in the update," he said. "I think the key is trying to give women an informed choice."

How I did it: Surviving a heart attack three days after giving birth

Study at Washington U. asks whether results of procedure are interpreted correctly.

Researchers say labor isn't being given a chance to progress.

LOS ANGELES • After a miscarriage, the time a woman should wait before trying for another pregnancy is controversial. Some practitioners belie…

The rate of premature births declined for the second year in a row in 2008, the first two-year decrease in almost 30 years, the government rep…

CHICAGO • Too much cancer screening, too many heart tests, too many Caesarean sections. A spate of recent reports suggests that many Americans…

A baby born Friday at Cardinal Glennon Children's Medical Center needed extra help to breathe, so his airway was opened before he was fully de…

With her due date just over three weeks away, Cole Kelley's labor was induced because she was told her baby was getting too big. The induction…

Dr. George Macones, head of the Department of Obstetrics and Gynecology at Washington University School of Medicine.
© Copyright 2021 STLtoday.com, 901 N. 10th St. St. Louis, MO | Terms of Use | Privacy Policy
Powered by BLOX Content Management System from TownNews.com.
You don't have any notifications.