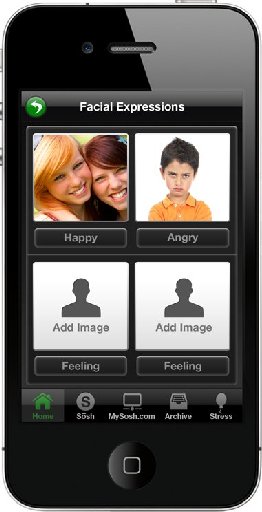 The Sosh app helps people improve social skills using effective strategies developed over the course of a decade of work with children, teens and young adults who struggle with social difficulties. 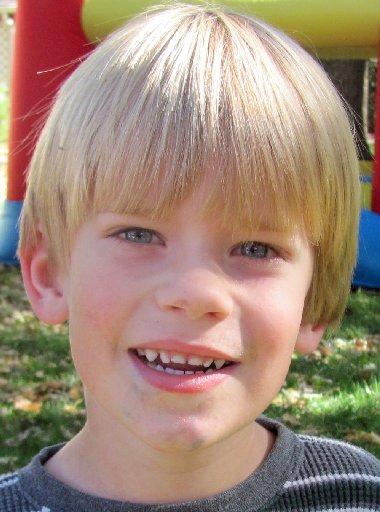 Conrad Beach, 5, uses apps with his mother Katie Beach of Affton to help him with Asperger's syndrome.“The apps are a blessing for Conrad,” she said.

In treating patient after patient with autism, Mark Bowers found himself frustrated with how they struggled to apply the strategies and skills they learned in his office to real-life situations.

"He would come home for dinner and say, 'I wish there was some kind of way for me to be with kids at school,' " said Bowers' wife, Kelly Bowers. "It would be kind of like having a psychologist in their pocket."

So Bowers, who grew up in Webster Groves and works as a pediatric psychologist in Ann Arbor, Mich., developed the Sosh app to improve social skills for those with Asperger's syndrome. Sosh joins an exploding list of apps to help those with Autism Spectrum Disorders — developmental brain disorders that result in mild to severe problems communicating.

More parents are turning to apps to improve their children's skills because of the technology's ability to captivate, individualize and offer immediate feedback in ways other therapies can't. The ease and portability of the iPad, released a year and a half ago, is also fueling the growing use.

"It's huge, and it's only going to get bigger. It's absolutely crazy," said Gary James, who created the Apps for Children with Special Needs — or A4CWSN — website in January to help parents wade through the choices. "Ever since the iPad, the app world has gone absolutely bonkers."

Steve Jobs might not have had children with disabilities in mind when developing the iPad, but the touchscreen 1-pound computer tablet has opened a new world of communication and learning for autistic children.

James created his website after seeing the difference using apps on an iPad made in his autistic son, now 6. Learning went from being a struggle to being fun, James said.

"I saw how my son took to this and I thought, 'Wow, I need to share this with people,' " he said. His site has informational videos on over 500 apps.

James, 43, is also working to provide iPads to families and educators across the world who want to use them to help kids with special needs. He recently raised money to give away 50 iPads; 2,000 U.S. families applied for them. Developers, including Bowers, donated their apps. James has left his home in Connecticut and is now traveling to every state to give one away.

Becky Cannon, 35, of Troy, Mo., will be getting one of the iPads when James travels through Missouri next month. "It wasn't anything I had considered in the past just because of the expense," Cannon said. An iPad costs about $500, and while some apps are free, others can cost as much as $300. She is excited to offer more options for two of her children, ages 2 and 8, with special needs.

"My options and my resources in the community are very limited," she said of living in a rural area. "This puts the masterminds who have created this technology in one setting and just expands how I could help my children."

Hundreds of apps are available to teach everything from fine motor skills to getting dressed. They include games to help promote eye contact, interpret facial expressions and react to social cues. They can even prepare kids for situations like going to a restaurant, getting a haircut or seeing a doctor.

The Sosh app alone provides more than 60 screens of exercises, strategies and information aimed at tweens, teens and young adults with Asperger's. They include a voice meter to keep from talking too loud, a dictionary to define figures of speech and a virtual 'shredder" to get rid of negative feelings.

'APPS ARE A BLESSING'

For those who are nonverbal, apps are helping them communicate through pictures or text for the first time.

Katie Beach of Affton uses more than a dozen apps on an iPad to help her son, Conrad, 5, who was diagnosed with Asperger's a year and a half ago. She said the technology helped him learn letters, colors, shapes, addition and eventually to read.

"The apps are a blessing for Conrad," she said. "He is such a visual person and the apps allow him to gain knowledge and learn other skills, but at his own pace and in a way that is structured for his mind."

"It's really capturing the imagination of our community," Wallace said.

Last week, Autism Speaks, Hewlett Packard and The Doug Flutie Jr. Foundation for Autism came together to hold a "Hackathon." Designers and autism experts collected the best ideas from families and therapists to develop five new apps to help people with autism, which will be made available for free.

Jeanne Marshall, chief program officer at TouchPoint Autism Services, which serves over 2,700 people with autism spectrum disorders and their families each year in Missouri, said apps are proving to be effective for kids along the spectrum who thrive with positive reinforcement and a sense of control.

"Apps give kids a level of independence in their learning that traditional teaching does not," Marshall said. "They can often independently guide themselves through a program and get immediate feedback from the device, as opposed to a teacher having to provide continual prompting."

Autistic children also sometimes have intense interests, such as trains or dinosaurs, and apps can be centered around that interest, Marshall said. Apps can often be personalized with recordings of the child's own voice or parents' voices and pictures of items and people in their lives.

Therapists and scientists are seeking to put some research behind the use of apps. TouchPoint has given an iPad to 10 kids in the Cape Girardeau area and will be assessing over the next three to six months how certain apps improve their communication, social skills and academics.

"We will roll it out to another 10 children, trying to give as many kids as possible the opportunity to borrow an iPad to try it out for a period of time, so that the families can determine if it would be a wise purchase," Marshall said.

Wallace at Autism Speaks urged some caution among families. Touchscreen phones and tablets should not further isolate or separate those with autism from others.

"We don't want them to fixate on technology," he said. "We want it be a bridge to better social interaction and communication with those around them."

What is a water allergy?

What is a water allergy?

Kids with Down syndrome and their families can count on continued support, leader says.

$1.3 million Brendan's Playground will have accessible features for kids of all abilities.

Autism doctor with clinic in St. Peters under scrutiny

Dr. Mark Geier is accused of misdiagnosing kids with early puberty and misusing drug for treatment.

Autism study finds link to environment, even in womb

A new study of twins suggests that environmental factors, including conditions in the womb, may be at least as important as genes in causing autism.

The Sosh app helps people improve social skills using effective strategies developed over the course of a decade of work with children, teens and young adults who struggle with social difficulties.

Conrad Beach, 5, uses apps with his mother Katie Beach of Affton to help him with Asperger's syndrome.“The apps are a blessing for Conrad,” she said.