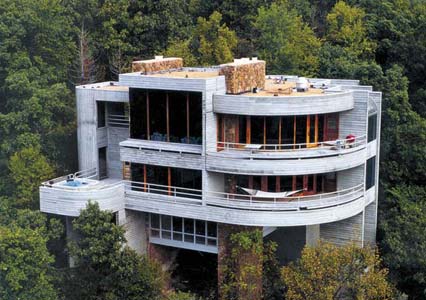 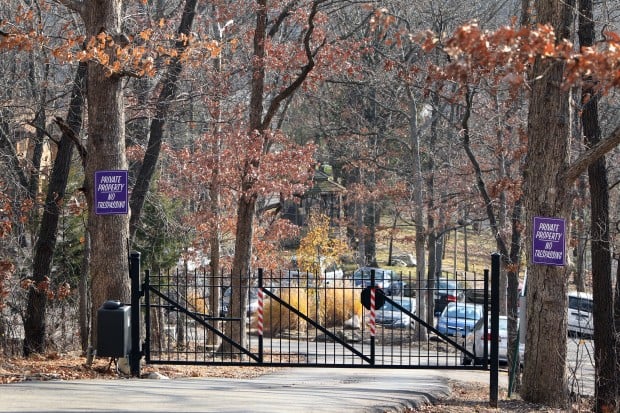 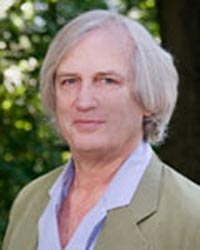 In the lush hills overlooking Castlewood State Park, a secluded clinic attracts people from across the country who have tried and failed to overcome an eating disorder.

Pictures of Castlewood Treatment Center in west St. Louis County show a homelike sanctuary where residents practice yoga, sit around a fireplace and sleep under down comforters.

That idyllic image was shattered last month when a Minnesota woman filed suit against Castlewood and its director, psychologist Mark Schwartz, alleging she was brainwashed into believing she had multiple personalities and was implanted with false memories of sexual abuse and satanic cult activity while under hypnosis during her 15-month stay at the center for anorexia. Other women have since come forward to support the woman's claims and to report similar experiences.

"They definitely pushed the idea that I had been abused as a child on me," said Dara Vanek, 28, of Philadelphia, who stayed at Castlewood for several months in 2007 and 2008. "To all of a sudden have this huge amount of doubt about what happened in my childhood was incredibly damaging and shaming for me."

In her malpractice lawsuit against Castlewood, Lisa Nasseff, 31, also alleges that Schwartz wanted to keep her at the treatment center because she had insurance that would pay her medical bills that totaled $650,000.

The lawsuit against Castlewood came as a relief, Vanek and other women say.

"I feel like it validates that I'm not crazy, that it's something else that was going on," she said. "Satanic ritual abuse was talked about a lot in group therapy. It's kind of ironic (because) Castlewood itself almost seemed at times like a cult. It was implied that you could not recover unless you dedicated your life to Castlewood."

A LAST RESORT FOR SOME

Castlewood is a last resort for patients looking for healing after spending years of their lives in other medical facilities, according to a statement from executive director Nancy Albus.

Its treatment "is marked by compassion, respect and empowerment," according to Albus.

Albus said more than 1,000 clients have been treated at Castlewood since it opened more than 10 years ago. A second, castlelike facility opened recently nearby, and the two homes are licensed for 26 residents as well as outpatient services.

The sprawling Castlewood campus includes a swimming pool, hot tub, dance studio, art room and gym, according to state records. Residential stays cost $1,100 a day over an average of two to four months, and are sometimes covered by insurance, according to Castlewood's website. The facility doesn't accept Medicare or Medicaid patients, so it doesn't receive any government funding.

The private equity firm Trinity Hunt Partners of Dallas, funded by the Hunt family that owns the Kansas City Chiefs, bought majority control of Castlewood in 2008, expanded it in 2010 and announced plans to open similar facilities in other cities. The purchase was part of the firm's $25 million move into behavioral health care.

Former Castlewood patients said their days were spent making collages and writing in journals that they would share in individual and group therapy sessions. On the weekends, residents go on outings to movies, the Butterfly House and the zoo. Therapists supervise clients at meal times, and take them to restaurants and grocery stores to talk about healthy eating habits.

The Missouri Department of Mental Health licenses the facility and found only minor record-keeping deficiencies in its most recent inspection last summer. In their interviews with state inspectors, three Castlewood clients said they felt respected by staff, and another said the program saved her life.

Castlewood also meets the standards set by the Commission on the Accreditation of Rehabilitation Facilities, which conducts regular site visits and interviews with patients and staff.

A Florissant woman who asked only to be identified as Laura because she is still seeing a therapist from Castlewood said her inpatient experience in 2003 and 2004 was positive and that her therapy sessions never included discussions of cult activity or childhood sexual abuse.

Schwartz declined an interview through his attorney. Albus said in her statement that Schwartz is internationally respected in the field of eating disorders.

Former patients of Schwartz, 60, said he is down-to-earth with a magnetic but mysterious personality. He looks like "an old hippie" with long hair, as one patient described him, and another said he has fertility statues and dead bugs behind glass hung in his office.

Schwartz is licensed as a psychologist in Missouri and has no discipline record with the state. He holds a doctorate in science degree from Johns Hopkins University and is an adjunct professor of psychiatry at St. Louis University, according to his résumé.

A spokeswoman for SLU said Schwartz gave a presentation at the medical school years ago but does not teach or supervise students.

The main treatment strategy at Castlewood is called internal family systems. The technique is based on the theory that "the eating disorder actually protects (people) from re-experiencing or thinking about difficult things from their pasts," according to Castlewood's website.

Clients are encouraged to think of themselves as having many "parts" or emotions. Through therapy, they focus on improving the destructive parts of themselves, such as the perfectionist part, that can prevent them from fully enjoying life, as explained on the site.

Therapists practicing the technique must take extra care with patients with eating disorders, who can be particularly vulnerable to having their memories and personalities twisted, in part because they are malnourished, experts said.

Some residents of Castlewood are so ill that they require feeding tubes, while others are so weak that they use wheelchairs, former patients said.

"People who are suggestible in certain ways can take a suggestion from a therapist and begin to split themselves into parts that they then name, and they will begin to think of themselves as having multiple personalities," said Dr. Lynne Moritz of the St. Louis Psychoanalytic Institute. "The issue is you don't want to encourage that in susceptible people."

Instead of encouraging a client to think about parts, "you want to integrate the whole person who has many different ways of thinking and feeling all at the same time," Moritz said.

Today, experts believe cases of multiple personality disorder are rare, if not nonexistent.

"I've never had a case of multiple personality in 40 years of practice," Moritz said.

The mental health care field took a hit to its reputation in the 1990s after a rash of cases involving patients who reported memories of childhood sexual abuse that they had previously repressed. In many of the cases, the memories were found to be suggested by a therapist, and the concept of repressed memories grew more controversial.

Schwartz has written that the controversy over memory should not scare therapists away from asking about a client's past, especially because a history of sexual abuse is common in people with eating disorders. The psychologist was affiliated with Dr. William H. Masters and Virginia Johnson, famed local sex researchers of the 1960s and 1970s, and he operated a sex therapy clinic in their name before opening Castlewood.

"Certainly, eating disorders therapists have every reason to suspect the presence of sexual trauma in their patients," Schwartz wrote in the introduction to his 1996 book "Sexual Abuse and Eating Disorders."

"Individuals who actually believe that memories are created by therapists are, for their own reasons, motivated to not know and not see the extent to which abuse actually exists in our culture," Schwartz wrote. "If the statistics are accurate, then our friends and neighbors are having incestuous relationships with their daughters and sons, and by ignoring it, so are we."

Meagan McKay of Vermont said she was at Castlewood at the same time as Lisa Nasseff, the woman who is suing the center.

McKay recalled that when Nasseff left Castlewood, Schwartz told the other residents that she had returned to her cult.

She started questioning all the times she saw women shaking and screaming, saying they were having flashbacks of abuse. She wondered now about the woman who drew monkeys to represent her multiple personalities. And she thought back to all the times she heard someone say they would die if they left Castlewood.

"I was there for about seven months altogether and saw an awful lot of people who were brainwashed," she said. "I started saying things to people like, 'I think the only cult anybody's ever been in is the one we're in right now."

Don't waste money on these items

Don't waste money on these items

Don't say these things during a job interview

Don't say these things during a job interview

St. Louis paramedic charged with attempting to have sex with minors

Alleged incidents were between December 2010 and March 2011.

How I did it: Teen conquers eating disorder with help of her family

'We just thought she was an unhappy teenager, mother says.

She claims Castlewood Treatment Center made her believe she was in a cult.

St. Louisan says she was falsely led to believe she had been sexually abused and had multiple personalities.

ST. LOUIS COUNTY • A woman from Minnesota is suing Castlewood Treatment Center in west St. Louis County, where she said her treatment for an e…