Subscribe
Read Today's E-Edition
Share This
Food expiration dates don't have much science behind them. Here's how to know what's safe to eat
0 Comments
Share this 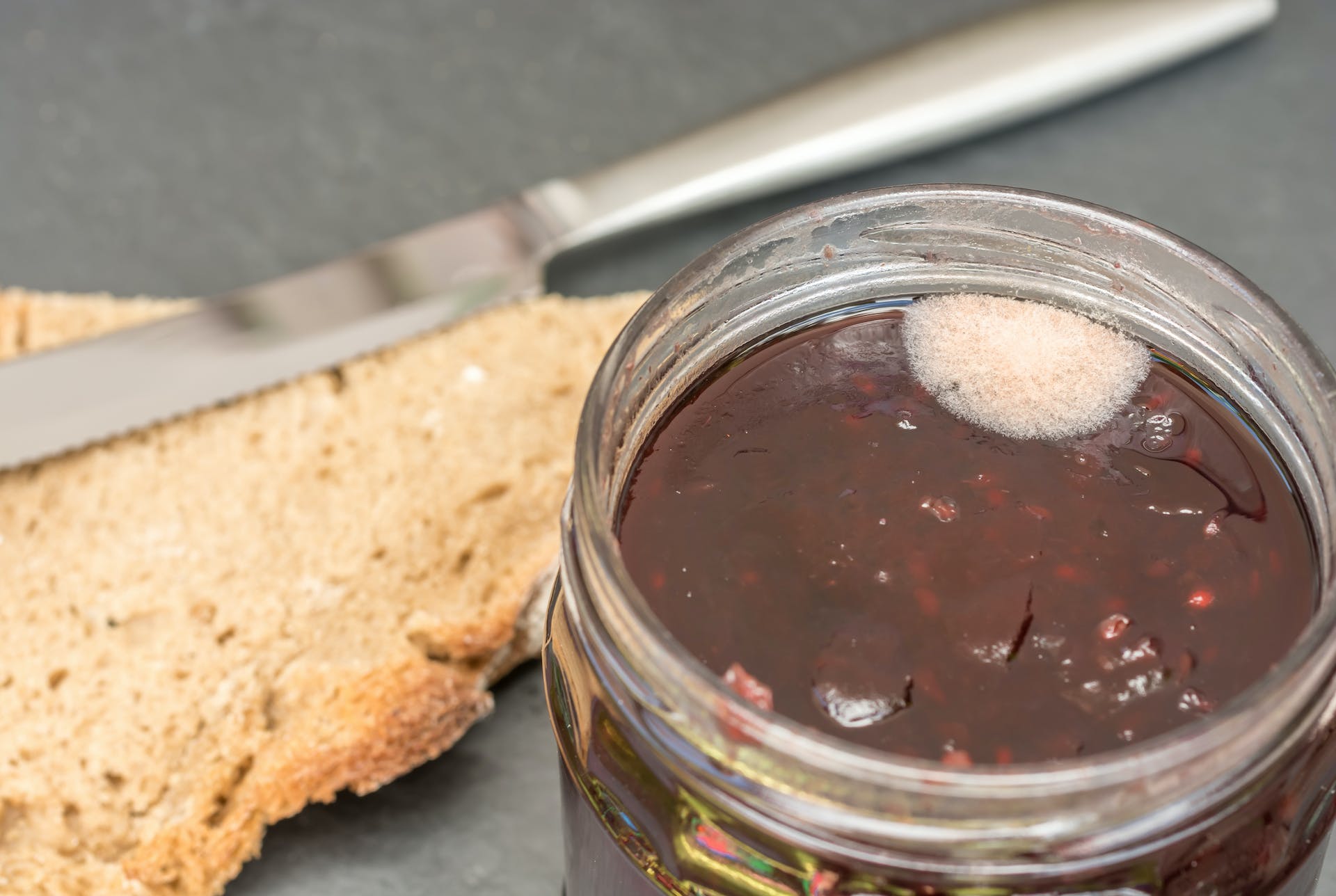 Without obvious signs of contamination like the mold in this jam, consumers use expiration dates to decide whether to keep or throw away food. Ralf Geithe via iStock/Getty Images

Florida’s outbreak of listeria has so far led to at least one death, 22 hospitalizations and an ice cream recall since January. Humans get sick with listeria infections, or listeriosis, from eating soil-contaminated food, undercooked meat or dairy products that are raw, or unpasteurized. Listeria can cause convulsions, coma, miscarriage and birth defects. And it’s the third leading cause of food poisoning deaths in the U.S.

Avoiding unseen food hazards is the reason people often check the dates on food packaging. And printed with the month and year is often one of a dizzying array of phrases: “best by,” “use by,” “best if used before,” “best if used by,” “guaranteed fresh until,” “freeze by” and even a “born on” label applied to some beer.

People think of them as expiration dates, or the date at which a food should go in the trash. But the dates have little to do with when food expires, or becomes less safe to eat. I am a microbiologist and public health researcher, and I have used molecular epidemiology to study the spread of bacteria in food. A more science-based product dating system could make it easier for people to differentiate foods they can safely eat from those that could be hazardous.

The United States Department of Agriculture reports that in 2020 the average American household spent 12% of its income on food. But a lot of food is simply thrown away, despite being perfectly safe to eat. The USDA Economic Research Center reports that nearly 31% of all available food is never consumed. Historically high food prices make the problem of waste seem all the more alarming.

The current food labeling system may be to blame for much of the waste. The FDA reports consumer confusion around product dating labels is likely responsible for around 20% of the food wasted in the home, costing an estimated US$161 billion per year.

It’s logical to believe that date labels are there for safety reasons, since the federal government enforces rules for including nutrition and ingredient information on food labels. Passed in 1938 and continuously modified since, the Food, Drug, and Cosmetics Act requires food labels to inform consumers of nutrition and ingredients in packaged foods, including the amount of salt, sugar and fat it contains.

The dates on those food packages, however, are not regulated by the Food and Drug Administration. Rather, they come from food producers. And they may not be based on food safety science.

For example, a food producer may survey consumers in a focus group to pick a “use by” date that is six months after the product was produced because 60% of the focus group no longer liked the taste. Smaller manufacturers of a similar food might play copycat and put the same date on their product.

One industry group, the Food Marketing Institute and Grocery Manufacturers Association, suggests that its members mark food “best if used by” to indicate how long the food is safe to eat, and “use by” to indicate when food becomes unsafe. But using these more nuanced marks is voluntary. And although the recommendation is motivated by a desire to cut down on food waste, it is not yet clear if this recommended change has had any impact.

A joint study by the Harvard Food Law and Policy Clinic and the National Resources Defense Council recommends the elimination of dates aimed at consumers, citing potential confusion and waste. Instead, the research suggests manufacturers and distributors use “production” or “pack” dates, along with “sell-by” dates, aimed at supermarkets and other retailers. The dates would indicate to retailers the amount of time a product will remain at high quality.

The FDA considers some products “potentially hazardous foods” if they have characteristics that allow microbes to flourish, like moisture and an abundance of nutrients that feed microbes. These foods include chicken, milk and sliced tomatoes, all of which have been linked to serious foodborne outbreaks. But there is currently no difference between the date labeling used on these foods and that used on more stable food items. 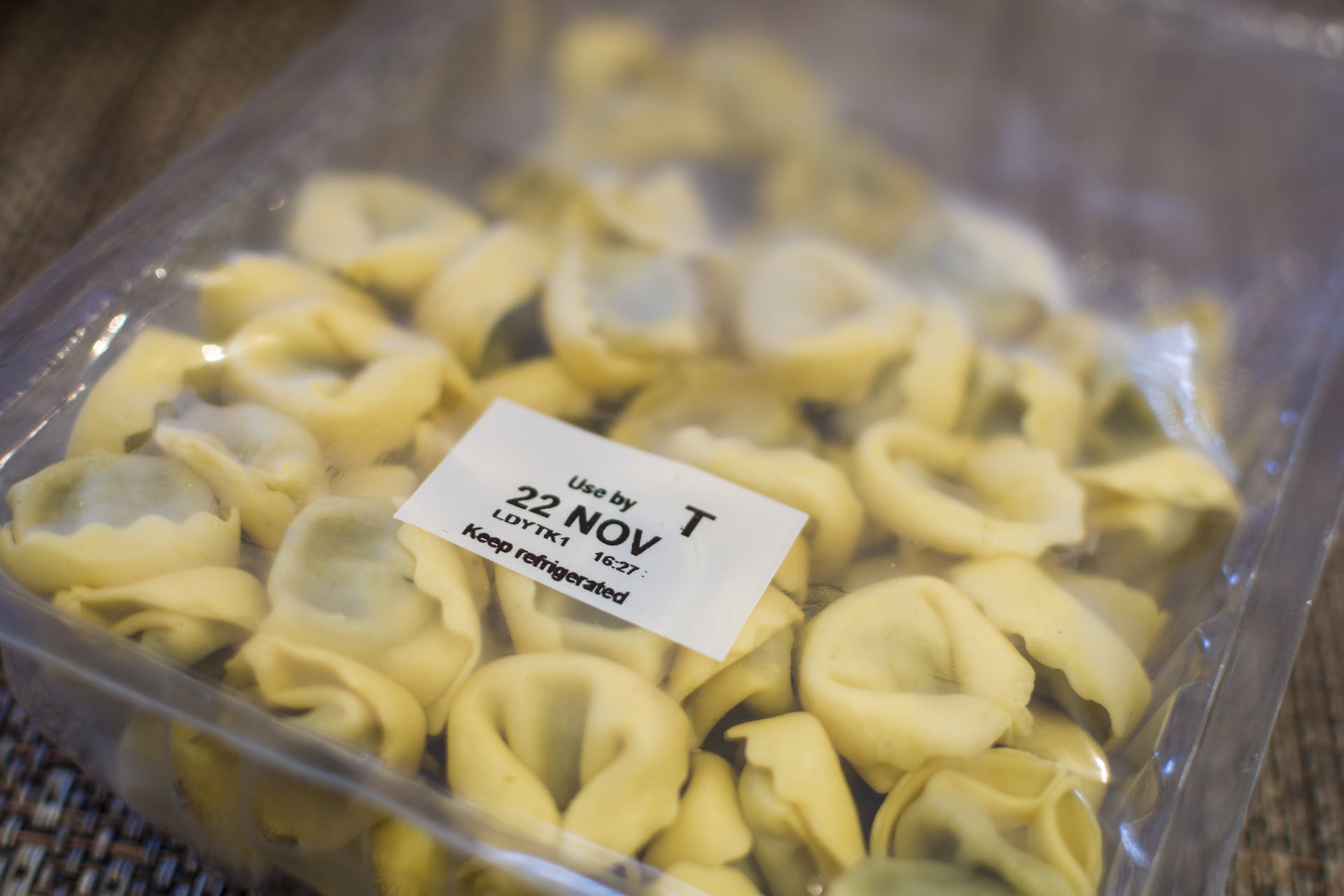 Expiration dates could be more meaningful if they were based on scientific studies of a food’s rate of nutrient loss or microbial growth. Thomas Faull/iStock via Getty Images

Infant formula is the only food product with a “use by” date that is both government regulated and scientifically determined. It is routinely lab tested for contamination. But infant formula also undergoes nutrition tests to determine how long it take the nutrients - particularly protein – to break down. To prevent malnutrition in babies, the “use by” date on baby formula indicates when it’s no longer nutritious.

Nutrients in foods are relatively easy to measure. The FDA already does this regularly. The agency issues warnings to food producers when the nutrient contents listed on their labels don’t match what FDA’s lab finds.

Microbial studies, like the ones we food safety researchers work on, are also a scientific approach to meaningful date labeling on foods. In our lab, a microbial study might involve leaving a perishable food out to spoil and measuring how much bacteria grows in it over time. Scientists also do another kind of microbial study by watching how long it takes microbes like listeria to grow to dangerous levels after intentionally adding the microbes to food to watch what they do, noting such details as growth in the amount of bacteria over time and [when there’s enough to cause illness].

Consumers on their own

Determining the shelf life of food with scientific data on both its nutrition and its safety could drastically decrease waste and save money as food gets more expensive.

But in the absence of a uniform food dating system, consumers could rely on their eyes and noses, deciding to discard the fuzzy bread, green cheese or off-smelling bag of salad. People could also might pay close attention to the dates for more perishable foods, like cold cuts, in which microbes grow easily. They can also find guidance at FoodSafety.gov.

Jill Roberts does not work for, consult, own shares in or receive funding from any company or organization that would benefit from this article, and has disclosed no relevant affiliations beyond their academic appointment.

How to know when your cleaning products have expired

“Even if they contain preservatives, that doesn’t mean they last forever. As they begin to break down, it might affect how well the enzymes work or change the pH, resulting in a less effective product,” Sansoni explains.

Once a cleaning product is expired, some of the claims the product makes, such as the percentage of germs it kills on a surface, may no longer be valid.

Is it safe to use expired cleaning products?

Expired surface cleaning sprays and dishwashing liquids likely won’t damage the surfaces they’re intended to be used on, but they simply won’t clean as effectively. You may have to use a little more of the product or clean for longer to get the same results.

“However, when it comes to disinfectants and hand sanitizers, it needs to be within that shelf life to have the desired effect,” Sansoni says.

Be sure to double-check the expiration dates on those products, and replace them as needed.

The easiest way to tell if your cleaning supplies are expired is to check the date printed on the bottle or box. If there isn’t any expiration date, there may be a manufacture date — then use the general guide below to determine if the product is expired.

How can I help cleaning products last longer?

“The expiration date tells you how long that shelf life is under typical conditions (at room temperature, stored out of direct sunlight, etc.),” Sansoni says.

If you’re storing your hand sanitizer in a hot car, it could be losing potency faster and may end up containing less than 60% alcohol (the amount needed to be sufficiently effective, according to the CDC) before it even reaches its expiration date.

Store your cleaning supplies in a cool, dry spot to help them last longer.

How do I dispose of expired products?

A small amount of bleach can typically be diluted in water and poured down the sink. For larger amounts, check if there are any disposal instructions printed on the container. If not, call your local hazardous-waste-disposal facility for their recommendations.

Keep in mind that certain cleaning chemicals should never be combined — such as bleach and ammonia — and that holds true when disposing of them, too. Pouring these chemicals down the sink at the same time can create a toxic gas.

Free vaccine clinics offered across St. Louis area ahead of what’s expected to be a severe flu season

“We can never project with certainty how bad a flu season is going to be, but there are reasons for concern,” said Dr. Steven Lawrence, Washington University infectious disease specialist for Barnes-Jewish Hospital.

Dear Dr. Roach: My 75-year-old husband was frustrated with not being able to retain an erection. He talked to his doctor about it, and she pre…

Monkeypox has peaked but isn't going away

The U.S. outbreak seems to have peaked in August. But experts worry there's a growing blind spot about how the virus may be spreading among men with sexual contact. They say it may never be eliminated.

Tulsa prosecutor recovering after being stabbed by daughter

An Oklahoma prosecutor who is recovering after being stabbed by his adult daughter is calling on state lawmakers for more funding for mental health services. Tulsa County District Attorney Steve Kunzweiler on Wednesday said in brief remarks to reporters that his family “endured one of the toughest days in our lives” on Tuesday. Police Capt. Richard Meulenberg says Kunzweiler's 30-year-old daughter, Jennifer Kunzweiler, was arrested following the stabbing at the home where she lived with her parents. Meulenberg said the motive was unknown, but that it was related to mental illness. It's the third time since 2015 that an elected Oklahoma official has been stabbed by an adult child.

Dear Dr. Roach: I am a 76-year-old man in excellent health. I don’t take any medication, except for simvastatin for over 15 years. My choleste…

The overall number of syphilis cases, which includes congenital syphilis and syphilis transmitted through sexual contact, rose nearly 70% between 2017 and 2021.

In Missouri, nearly 20% of children ages 10 to 17 were obese, according to the 2019-20 National Survey of Children’s Health, the 11th highest rate in the country.

CDC Says Universal Masking Can Be Dropped in Some Nursing Homes, Hospitals

MONDAY, Sept. 26, 2022 (HealthDay News) -- The U.S. Centers for Disease Control and Prevention has eased its universal masking recommendation for nursing homes and hospitals, unless those health care institutions are in areas seeing high levels of COVID-19 transmission.

Dr. Roach: High-intensity focused ultrasound not yet standard for cancer

Dear Dr. Roach: I have prostate cancer. My PSA levels were as high as 48, and I’m taking medication to lower the numbers to 40. My urologist h…