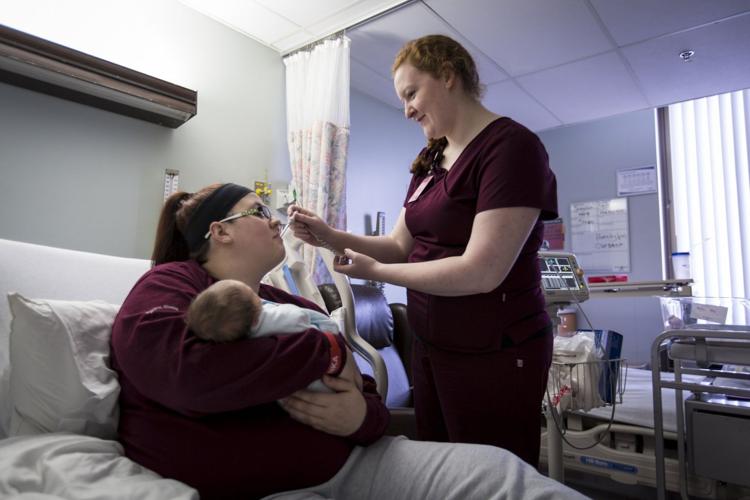 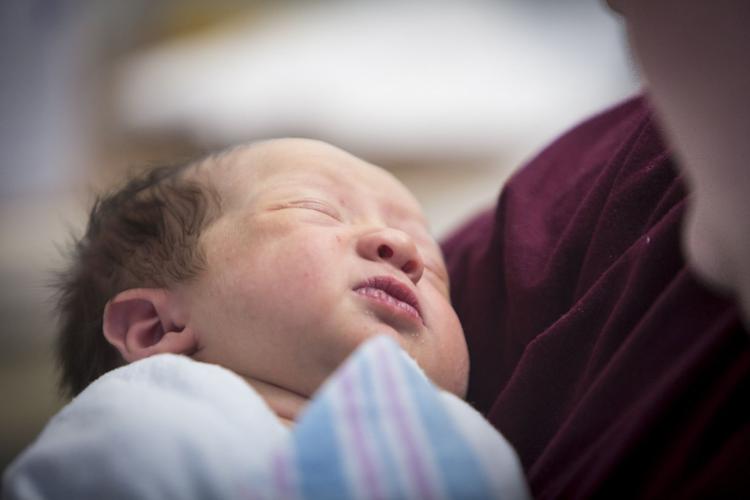 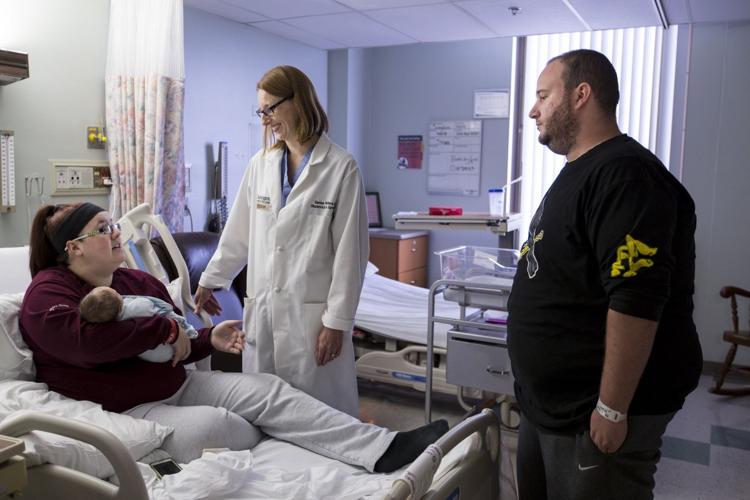 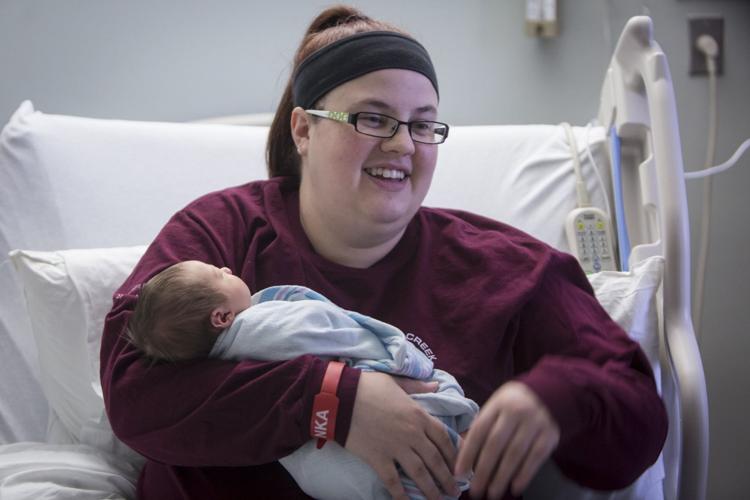 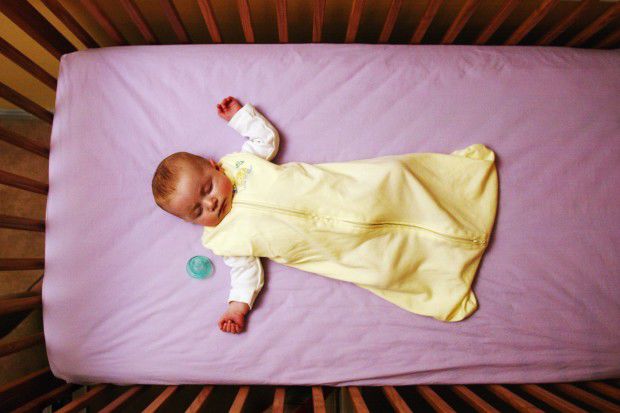 Cribs are responsible for more infant deaths than any other nursery product. In the last two decades, 1,100 children have died from crib related injuries. In 2011, more than 12,200 children were treated in emergency rooms with injuries.

The types of hazards found in recalled cribs include drop-side and mattress support hardware failures that allowed portions of mattresses to fall or a gap to form, posing suffocation hazards to young children. Crib slats separating from headboards and gaps between side rails and crib mattress supports created additional entrapment hazards. Other crib recalls were due to spindles loosening and detaching, posing dangers of falls and entrapment; paint containing high levels of lead; and chipping paint posing a choking hazard.

When Dr. Camaryn Chrisman Robbins moved to Missouri four years ago and delivered her first baby at Barnes-Jewish Hospital, she surprised the staff when she placed the infant in the mother’s arms instead of whisking it away to a warming table.

“Everyone looked at me completely shocked,” Robbins said. “They were unprepared and confused.”

Now, 85 percent of newborns are placed on the mother’s chest. This beneficial practice known as “skin to skin” has been shown to better regulate the baby’s temperature and blood sugar, and activate breast-feeding reflexes in babies and mothers. Even 80 percent of babies born by C-section are placed skin-to-skin.

Barnes-Jewish Hospital has become the latest hospital in Missouri and the only one in the St. Louis area to earn the rigorous Baby-Friendly designation, which means the facility provides optimal care for mothers who want to breast-feed.

Four years ago, a small rural hospital in Hannibal with just 700 births a year was the only Baby-Friendly facility in the state.

Barnes-Jewish joins two other large academic hospitals, in Kansas City and Columbia, in earning the designation in the past two years. Fitzgibbon Hospital in Marshall also has met the requirement. In the Metro East, Alton Memorial Hospital was named Baby-Friendly two months ago.

Now, about 10,000 babies a year in Missouri are born in hospitals that follow a long list of helpful practices such as keeping babies out of the nursery and in mothers’ rooms and no longer accepting free infant formula or marketing materials such as diaper bags from formula companies.

The hospital stay is critical in learning to breast-feed, yet studies show that hospital practices that interfere with success are common.

“I was so surprised at the number of barriers we unintentionally put in mothers’ way,” said Barnes-Jewish pediatrician Dr. Kim Hamlin, such as taking the baby away at birth or hours at a time for a bath, checkups and other tests.

A national effort was launched four years ago to remove those barriers, especially in communities where breast-feeding rates are low. Eighty-nine hospitals across the country were chosen to take part in the Best Fed Beginnings Initiative, including Barnes-Jewish and Truman Medical Center Hospital Hill in downtown Kansas City and the University of Missouri Women and Children’s Hospital in Columbia.

To earn the designation, facilities had to meet 10 requirements within two years. Four dropped out ,and some, such as Barnes-Jewish, took longer than two years, but nearly all instituted the 10 steps, showing it’s possible to quickly and dramatically increase the number of Baby-Friendly hospitals.

Across the country, the number of Baby-Friendly facilities has increased to 372 from 80 in just five years. More than 18 percent of babies are now born in centers doing all they can to support women’s desire to breast-feed.

“It was one of the most challenging things I’ve ever participated in … and probably one of my most proudest moments,” said lactation consultant Beth Sevart at Truman, “because it is like turning the Titanic around. It’s changing the whole health care system, things that have been set in stone for many years.”

A step that many feared would be difficult to institute — having to pay for formula — was not nearly as expensive as predicted; while keeping babies at their mothers’ bedside proved among the most difficult for many hospitals.

Mothers used to send babies to the nursery when tired. Now, staff must inform women of rooming-in benefits such as learning their babies’ signals for different problems, not just hunger, and how to soothe them.

To help mothers get more rest, Barnes-Jewish instituted a two-hour quiet time free from intrusions in the afternoon.

Pediatricians also balked at having to take more time going to each patient’s room rather than lining up babies in the nursery to do their exams.

But the in-room visits have resulted in valuable interactions with parents that wouldn’t happen in the nursery.

“You miss a tremendous amount of teaching opportunities,” Hamlin said.

Sevart at Truman said rooming-in had turned out to be a favorite change among parents. “Before, they worried about where their baby was,” she said. “ ‘Why is it taking so long?’ was a very common concern.”

The hospitals have already seen big jumps in the past four years in the percentages of women leaving the hospital breast-feeding, and breast-feeding without any formula supplementation — a major predictor of long-term success.

At Barnes-Jewish, 44 percent of mothers now are breast-feeding, up from 25 percent. At Truman, it’s about 50 percent.

The hospital in Columbia reports that 80 percent to 90 percent of patients decide to breast-feed, and less than 15 percent of those mothers leave using formula.

Breast-fed babies have fewer illnesses, such as diarrhea and ear infections, as well as a lower risk for diseases such as childhood leukemia, Type 2 diabetes, obesity and asthma. They are also far less likely to die of sudden infant death syndrome. Women who breast-feed are at lower risk of obesity, diabetes, and breast and ovarian cancers.

“It’s unbelievable what we are trying to do,” Robbins said. “We want to make an impact on the entire health of a community.”

Health providers say the initiative is not about shaming women who decide not to breast-feed. Rather, it’s about arming nurses, obstetricians and pediatricians with information that dispels women’s misconceptions about breast-feeding and helps them through challenges. Doctors are also doing a better job during prenatal visits at preparing mothers for what’s to come.

“We are excited because the educational piece did not exist before,” Robbins said.

Educating staff was a huge undertaking for the large teaching hospitals. Barnes-Jewish has nearly 200 nurses, and turnover can be frequent.

At Truman, with “new medical students, new (medical) residents and academic physicians who are leaders in their field with lots of opinions … it took a lot of effort,” Sevart said.

The providers say they hope they are among the latest examples across the country that show hospitals can make significant changes no matter the size or challenges.

“I’m thrilled we are the first Baby-Friendly hospital in St. Louis and St. Louis County,” Hamlin said, “but I would be thrilled if this became the standard of mother-baby care in the St. Louis metropolitan area.”

Hospitals must meet these 10 steps to earn the Baby-Friendly designation, plus not accept free infant formula or advertisement products.

- Have a written breast-feeding policy that is routinely communicated to health-care staff.

- Train all health-care staff in skills to carry out this policy.

- Inform all pregnant women about the benefits and management of breastfeeding.

- Help mothers initiate breast-feeding within one hour of birth.

- Show mothers how to breast-feed and maintain lactation, even if they are separated from their infants.

- Give breast-fed newborns no food or drink other than breast milk, unless medically indicated.

- Allow mothers and infants to remain together 24 hours a day.

- Give no pacifiers or artificial nipples to breast-feeding infants.

- Foster breast-feeding support groups and refer mothers to them

I'm sure there is great interest about the subject of breast-feeding and reporting news for expectant women or those who have recently given birth.

Benefits and hazards of Baby-Friendly initiative

Like virtually all pediatricians, I think that strategies to promote breast-feeding are laudable as is the case with the Baby-Friendly initiat…

Cribs are responsible for more infant deaths than any other nursery product. In the last two decades, 1,100 children have died from crib related injuries. In 2011, more than 12,200 children were treated in emergency rooms with injuries.

The types of hazards found in recalled cribs include drop-side and mattress support hardware failures that allowed portions of mattresses to fall or a gap to form, posing suffocation hazards to young children. Crib slats separating from headboards and gaps between side rails and crib mattress supports created additional entrapment hazards. Other crib recalls were due to spindles loosening and detaching, posing dangers of falls and entrapment; paint containing high levels of lead; and chipping paint posing a choking hazard.