Four babies hemorrhage after parents refuse vitamin K shot, a practice on the rise
0 comments
Share this
{{featured_button_text}}
1 of 6 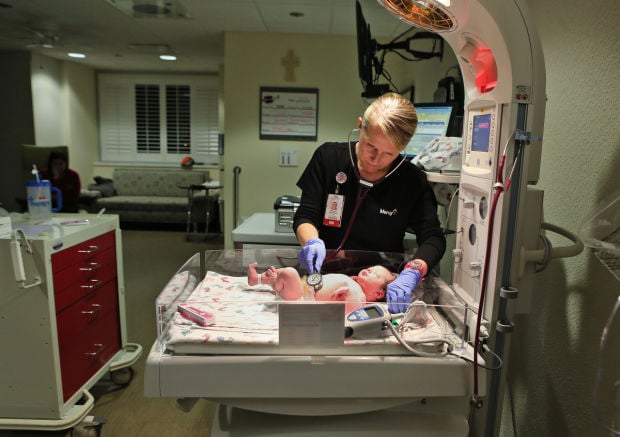 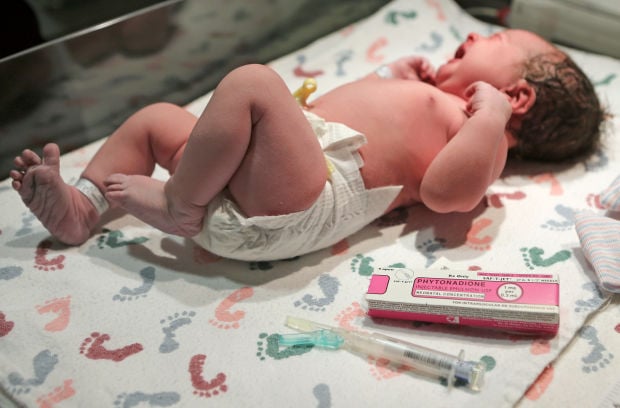 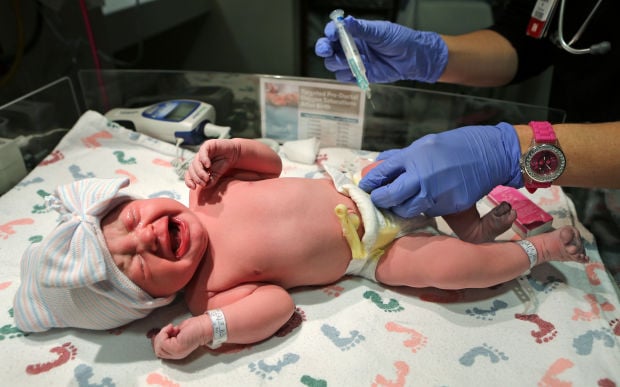 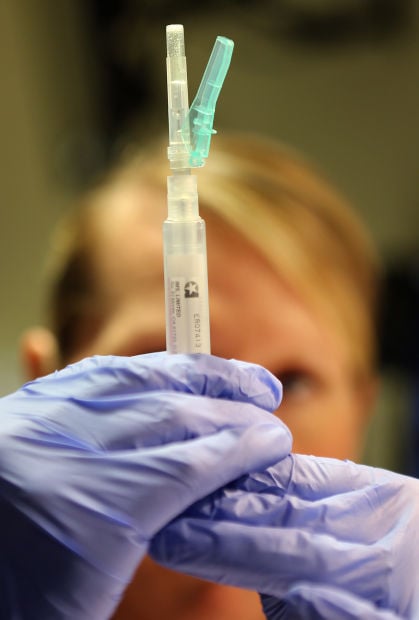 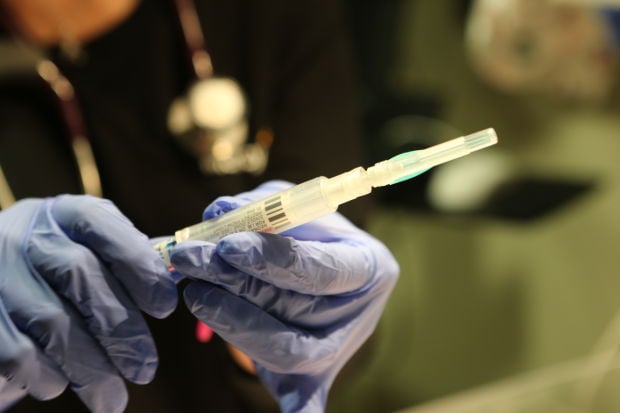 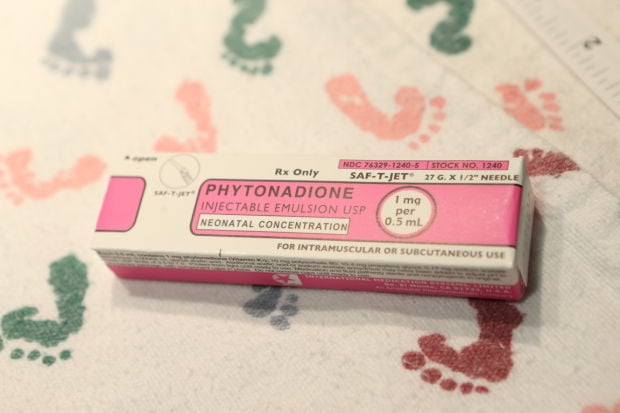 This article was originally published in December 2013.

Maternity care providers here and nationwide are on high alert for life-threatening vitamin K deficiencies in newborns, at the same time they are seeing more parents refusing a routine preventive injection.

The Centers for Disease Control and Prevention released a report last month about four babies in Nashville, Tenn., who hemorrhaged after their parents refused vitamin K injections at birth. The babies were diagnosed with life-threatening vitamin K deficiency bleeding between February and September. Three had bleeding in the brain, and one had gastrointestinal bleeding. They survived, but the infants with brain hemorrhages could have long-term neurological problems.

“Not giving vitamin K at birth is an emerging trend that can have devastating outcomes for infants and their families,” CDC director Dr. Tom Frieden stated in the report. “Ensuring that every newborn receives a vitamin K injection at birth is critical to protect infants.”

The vitamin is necessary for normal blood clotting, but because vitamin K does not transfer well across the placenta, most babies are born with low levels. The deficiency can lead to a rare, sudden bleeding disorder up to 6 months of age.

The CDC investigation found that parents refused the injection for several reasons, including a concern about an increased risk for cancer from the injection, an impression that it was unnecessary and a desire to minimize exposure to “toxins.” A 1992 study associated vitamin K and childhood leukemia, but the findings have been debunked by subsequent studies.

Over the past year, at least one or two parents a week have questioned the injection, said providers at the St. Louis area’s two busiest birthing hospitals, Mercy Hospital St. Louis and Missouri Baptist Medical Center. Those two hospitals tend to have the most parents seeking natural births, and parents seeking to avoid the risks of medical interventions during labor and delivery are often the ones questioning the shot.

Most skeptics are eventually convinced to consent to the injection, but others still refuse or opt for a less-effective oral dose, said Dr. Kelly Ross, a pediatric hospitalist who works at area BJC HealthCare hospitals, including Missouri Baptist.

“It is increasing,” Ross said, “and I think it’s going to continue to increase as these moms continue to communicate on the Internet and say to each other, ‘Don’t do this.’”

The number of parents refusing is more alarming at birth centers, which provide care led by midwives who support natural birth. Among the most recent 75 births at the Birth and Wellness Center in O’Fallon, Mo., 23 percent refused the injection, and 14 percent opted for the oral dose, said Jessica Henman, the center’s certified nurse midwife.

The CDC studied a random sample of births this year in the Nashville, Tenn., area and found that parents of 3.4 percent of 3,080 newborns discharged from hospitals had refused the vitamin K injection, while parents of 28 percent of 218 born at birth centers had refused.

Balancing the medical guidelines with desires of her patients is difficult, Henman said. Her patients are also often looking at other factors that play a role in the absorption of vitamin K, such as bacteria in the gut.

“In some cases it is a simple fear of big pharma and mistrust of government recommendations. Other parents in our practice believe strongly that babies are born with a delicate balance of hormones, bacteria, blood cells, etc., that we don’t fully understand and can easily disrupt with unknown consequence,” she said. “We do our best to balance all of the pros and cons and leave the choice to parents.”

With access to more information and alternative treatment choices, it’s a growing trend in general for patients to question routine medical practices, providers say. Especially in maternity care, where research is finding that many common procedures such as electronic fetal monitoring, labor induction and cesarean section are harmful or overused.

“It’s a general trend in some families to question what’s done in all of standard hospital medical deliveries, and this vitamin K thing is a part of that,” said Dr. Carolyn Smith, the medical director of the assessment nursery at Barnes-Jewish Hospital. “It’s all about educating and collaborating with them, and making them understand the reasons why we do these things.”

Vitamin K injection at birth has been standard practice since it was first recommended by the American Academy of Pediatrics in 1961. One mega-dose injected at birth prevents vitamin K deficiency bleeding, which can be sudden and unexpected.

Without the vitamin K injection, incidence of the early form of the bleeding disorder (up to 2 weeks of age) is 0.25 to 1.7 percent of all births. Incidence of the late form, which tends to be internal bleeding that can go unnoticed, is four to seven out of every 100,000 births. A newborn not getting the injection is 81 times more likely to get the late form of the disorder than a baby who gets the shot, according to the CDC.

Yet, a general Internet search about vitamin K and newborns can befuddle parents. The first thing that comes up searching with Google is “The Dark Side of the Routine Newborn Vitamin K Shot” written by Dr. Joseph Mercola, a popular alternative medicine proponent. His website, which also markets his dietary supplements, is one of the most trafficked health information sites, boasting 2 million unique visitors a month.

The article calls the injection a “shotgun approach” that lacked consideration of side effects. Mercola wrote that pain from the injection likely causes “psycho-emotional damage” and the solution contains preservatives “that can be toxic” for a baby.

Other sites suggest eating vitamin K-rich foods during pregnancy and breastfeeding instead of giving babies the shot.

Yet, health officials warn that vitamin K the mother eats does not always transfer well to the baby, especially if the infant has absorption problems. And while the oral dose does avoid the pain of a needle stick, the optimal amount and dosing schedule needs further study, according to the American Academy of Pediatrics. The oral vitamin requires multiple doses, which can be missed, and countries that have used the oral dose reported the bleeding disorder in 1.2 to 1.8 per 100,000 births, studies show.

Mercy Hospital St. Louis has been proactive since a prospective father called over a year ago asking about options to the vitamin K injection. “We thought it might not be the only time we will get this question,” said pediatric pharmacist Kelly Burch.

Burch worked with hospital staff to produce an educational brochure about the risks of not getting the injection, encouraged pediatricians to discuss the topic with their patients and armed the nursing staff with information so they could answer questions about vitamin K. The hospital is also looking at ways to minimize pain, such as giving the shot while the baby is nursing or swaddled.

It was a good thing, Burch said, because now a parent questions the injection at least once a week. She often gets asked to talk to parents about what ingredients are in the shot. “They are there for good reason, and they are nontoxic,” she said.

The hospital pharmacy also developed a three-time oral dose regimen, which costs $60, to have on hand. Burch said the oral dose contains double the amount of the vitamin to improve absorption. “It’s better than nothing, but we don’t know how much better,” she said. Over the past year, six parents have ordered the oral dose at Mercy.

At the Birth and Wellness Center, parents order the oral dose from an Internet site, Henman said. Since the dose is considered a supplement, it is not regulated by the FDA.

While St. Louis-area hospital officials say they have not seen any babies suffering from vitamin K deficiency bleeding, Ross fears it’s just a matter of time as physicians in the emergency room and intensive care units learn that parents are refusing what has long been a routine injection.

“Maybe no one even thought about, yeah, he fell, but the reason he bled to death is because he didn’t have enough vitamin K,” Ross said. “It’s not that it’s not happening. It’s that it’s not being considered.”

The CDC is continuing to study whether other cases of late vitamin K deficiency bleeding have occurred recently in Tennessee and whether any other factors besides not getting the injection contributed to development of the disorder. But for now, some maternity care providers are using the agency’s report as a warning.

“Now that the CDC has published this finding,” Burch said, “we have something to point to to show that the decision not to take the injection is a real risk.”

Read more: What to expect in the hospital once baby arrives

How you can create a steady income for retirement

How you can create a steady income for retirement

They share their stories to help educate expectant parents about risks of refusing newborn shot of Vitamin K, a decision that appears to be on the rise.

Nurse researcher and nursing professor Rebecca Dekker for four months researched the risks and benefits of the Vitamin K shot for newborns. Wi…

Healthy Kids: What to expect in the hospital once baby arrives

Having a baby is an exciting and rewarding time in one’s life but once the baby arrives, the time in the hospital can also be a whirlwind.

Endocarditis not likely a result of dental work

Dear Dr. Roach • How effective is premedication for dental work? Because of mitral valve surgery I had 11 years ago, I always take antibiotics…

He had a broken heart but didn't know it

How I did it • A new medical technique lowers Daniel Watt's risk of stroke.

XX Files: Osteoporosis can be prevented

Osteoporosis, or porous bones, is a condition that causes bones to become weak and brittle, leading to fractures usually in the hip, spine or wrist.