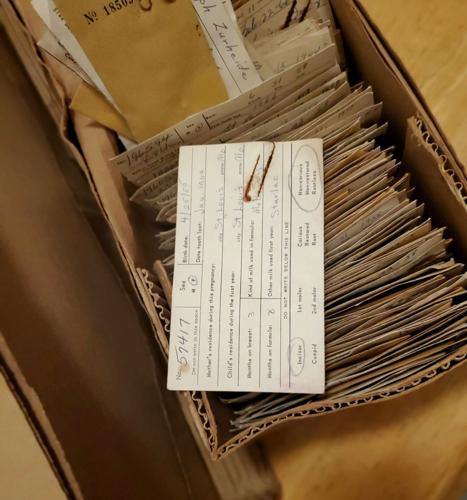 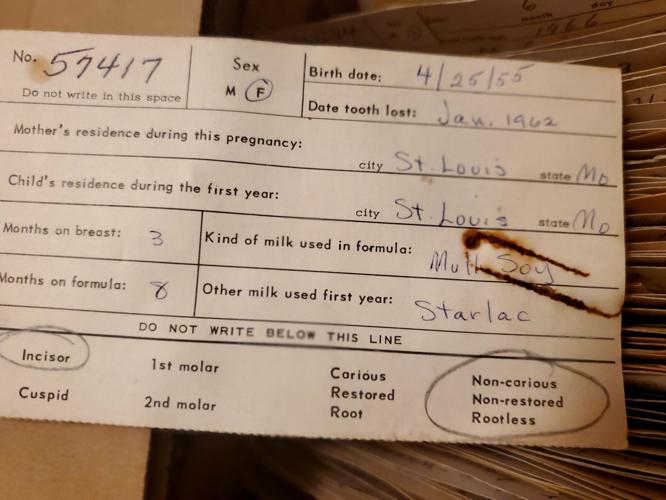 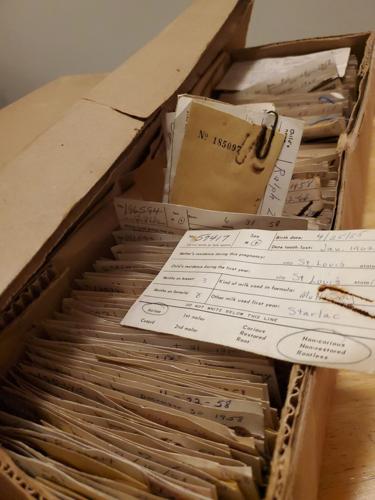 Harvard University neuroscientist and epidemiologist Marc Weisskopf is interested in the idea that early childhood can determine one’s health trajectory for life.

Animal studies have suggested that early-life exposures are relevant to lifelong health, he said, but studying the theory in humans is difficult.

“It’s hard to do this in humans because you are looking at outcomes in 60- or 70-year-olds and want to know what happened when they were kids,” Weisskopf said. “And a study where you are following people for 60 to 70 years is not easy.”

About five years ago, Weisskopf discovered an opportunity. He learned about tens of thousands of baby teeth left over from a decades-old study in St. Louis. He immediately saw the potential.

As part of a multimillion-dollar federal grant to study exposure to metals, his team at Harvard will revive the Baby Tooth Survey in St. Louis, a famous study in the 1950s and ’60s that involved measuring radioactive fallout in about 320,000 donated teeth.

The study helped speed approval of the Limited Test Ban Treaty in 1963, which barred nuclear weapons tests in the atmosphere, outer space and under water, likely saving millions of lives.

The leftover baby teeth from the Washington University-led research were discovered in 2001 in an old ammunition bunker at the university’s Tyson Research Center.

The teeth were donated to a small nonprofit, the Radiation and Public Health Project, whose director and sole employee Joe Mangano lives near Ocean City, New Jersey. The teeth are in a storage locker near his home.

With little funding, Mangano’s small nonprofit hasn’t been able to do much with the treasure trove. The tiny teeth have largely remained in their cardboard boxes, stored in little envelopes attached to 3-by-5 notecards filled out by parents.

But Mangano has maintained his excitement about possible discoveries to be made studying the teeth. A mutual friend introduced Mangano to Weisskopf, director of the Harvard Chan-NIEHS Center for Environmental Health, correctly guessing he would share in Mangano’s excitement.

“Teeth give this opportunity to get a picture of what is going on in early life,” Weisskopf said, “and the idea that some 60,000 people whose baby teeth are sitting in a closet somewhere is very intriguing to me.”

Harvard applied for and won the five-year grant at the start of 2020. It establishes a Superfund Research Center to study how metals contribute to cognitive decline in older age.

Part of the research will involve finding 1,000 adults in their 60s and 70s who participated in the Baby Tooth Survey and looking for associations between metal concentrations in their baby teeth and current cognitive health.

Most of the tooth survey participants are from the St. Louis area, and Missouri is home to about 33 Superfund sites — toxic waste dumps requiring federal long-term cleanup. Harvard’s study will require sending new toenail and blood samples.

Before tracking down study subjects, the grant covered the cost of a painstaking but important process: All the information from the notecards had to be entered into a digital spreadsheet.

A friend of Mangano’s, Steven Olenik, 31, basically spent the entire COVID-19 pandemic entering the data while replaying concerts by Pearl Jam and Phish in a small rented office space. Olenik started in February 2020 and is almost done.

While the Superfund study involves testing the baby teeth of just 1,000 people, Weisskopf said researchers will attempt to contact all the donors of the leftover teeth. With some incisors, cuspids and molars coming from the same child, Weisskopf estimates that’s about 60,000 people.

“Their information will be hugely valuable to us,” he said, “and we will be looking at all sorts of things and they will be asked to participate in future studies.”

Researchers are working to track down email addresses and expect to send invitation letters within the next couple weeks, Weisskopf said. “The letter explains how we are sort of getting the band back together, and will ask them if they are interested in participating.”

Mangano hopes now that information about the survey participants is more accessible and searchable, it will be used beyond the Harvard study for decades to come.

“Our board of directors feels so strongly about the potential of this incredible, once-in-a-lifetime collection, that we are offering these teeth for use of any scientific research purpose,” Mangano said. “That includes radiation, heavy metals and fluoride and pesticides and genetics and anthropology and you know, teeth can be used for a lot of things.”

“We will keep possession of the teeth, but we will enter into agreements with various researchers, and Harvard is our first client.”

The idea for collecting the baby teeth was hatched in the mid-1950s during the build-up of the Cold War between the U.S. and Soviet Union, which together tested hundreds of nuclear weapons.

About 100 took place at a Nevada testing site, where a few ended up dropping much of their fallout over the Midwest, including one of the largest — the Tumbler-Snapper George test on June 1, 1952, when a 2,700-pound nuclear bomb detonated atop a 300-foot tower.

High-altitude wind took the radioactive cloud in different directions across the country. Much of the radioactive material fell over Iowa, Missouri and Illinois in a rainstorm, author Richard Miller recounted for a Post-Dispatch story in 2002. Miller wrote “The U.S. Atlas of Nuclear Fallout, 1951-62.”

A group of prominent St. Louis scientists and physicians was concerned about the effects of radioactive fallout from the tests. They formed the Citizens Committee for Nuclear Information, and with help from Washington University, created the Baby Tooth Survey.

The survey was considered a great citizen-scientist collaboration, set out to determine whether children’s bodies were absorbing radioactive fallout from atmospheric nuclear weapons testing.

It entailed volunteers visiting schools, churches and PTA meetings, churches, libraries and dental clinics distributing registration forms. Between 1958 and 1970, parents sent in thousands of teeth along with their information cards.

The study found that children born at the height of the Cold War in 1963 had 50 times as much strontium 90, a radioactive isotope found in bomb fallout, in their teeth as children born in 1950 before most of the atomic bomb tests.

Strontium 90 had ended up in pastures, in grass consumed by goats and cows. It worked its way into children’s milk and showed up in children’s bones and teeth.

The discovery of leftover teeth in 2001 was a surprise. Testing for strontium 90 had required crushing them into a powder.

Mangano and Janette Sherman in 2010 published one study involving the teeth in the International Journal of Health Services. Among 1,000 male donors who grew up in the St. Louis area in the early 1960s and died of cancer by middle age had more than twice as much strontium 90 in their baby teeth as men born in the same time and area who were still living.

Some scientists, however, pointed methodological problems with the study, as they have with several of RPHP’s other studies over the years.

Mangano joined RPHP soon after it was founded in 1989 to study radiation exposure, especially among those who live near nuclear power plants. The two co-founders have since passed away.

“We are really the only organization whose mandate is to conduct health studies and publish in journals on health risks of nuclear reactor emissions and atomic bomb fallout,” Mangano said. He is continuing to lead the work on his own.

“We hope that this tooth collection will allow us to grow though,” he said. “We are looking at this as a very long-term opportunity for not just the organization, but for use of these teeth.”

If you want to know if your baby teeth are included in the collection of the Radiation and Public Health Project, you can contact Joseph Mangano at odiejoe@aol.com.

The study found that children born in St. Louis at the height of the Cold War in 1963 had 50 times as much strontium 90, a radioactive isotope…