Missouri sued three large drug companies Wednesday for allegedly hiding the dangers of prescription pain pills, which are blamed for a nationwide epidemic of drug abuse and overdose deaths.

Purdue Pharma, Endo Health Solutions and Janssen Pharmaceuticals deceived doctors and patients by not disclosing the addictive nature of the opioid painkillers they manufacture, according to the lawsuit. Without complete knowledge of the risks, doctors overprescribed the drugs, writing enough prescriptions for every adult American by 2013.

An estimated 1 in 4 patients with long-term prescriptions for painkillers will develop an addiction to the drugs. Close to 2 million Americans abuse prescription painkillers, and more than 40 overdose on the pills and die each day, according to the Centers for Disease Control and Prevention.

After filing what he called one of the largest lawsuits in Missouri history, seeking hundreds of millions of dollars in damages, Attorney General Josh Hawley said “we come to hold these companies accountable.”

The drugmakers used shadow companies as a front to push faulty research extolling the benefits and playing down the risks of their painkillers, Hawley said at a news conference outside St. Louis Circuit Court.

Prescription painkillers are not recommended for long-term use and can lead to addiction to heroin, an illegal opioid that is usually cheaper and easier to get. Last year more than 650 people died from heroin and other opioids, including pain pills, around St. Louis, the area with the highest death rate in the state. The drugs cause deaths by slowing the user’s heart and breathing rates.

Hazelwood-based Mallinckrodt, which makes generic opioid painkillers oxycodone and hydrocodone, was not named in the suit. Last year, Mallinckrodt generated about $273 million in sales on the drugs.

Hawley said he sued only the three companies because they “comprise a lion’s share of the market,” and he is confident in the evidence the state has against them.

A spokesman for Connecticut-based Purdue, which manufactures the painkiller OxyContin, a brand name for oxycodone, denied the allegations in the lawsuit.

“We share the attorney general’s concerns about the opioid crisis and we are committed to working collaboratively to find solutions,” according to a statement from the company. “OxyContin accounts for less than 2 percent of the opioid analgesic prescription market nationally, but we are an industry leader in the development of abuse-deterrent technology, advocating for the use of prescription drug monitoring programs and supporting access to Naloxone (a drug that blocks the effects of opioids) — all important components for combating the opioid crisis.”

Missouri’s lawsuit is one of several filed by state and local governments in response to the national opioid epidemic. Purdue Pharma settled a lawsuit brought by Kentucky in December 2015 for $24 million.

Last month, Ohio sued the same three companies as Missouri plus two others, Teva and Allergan, over similar complaints of deceptive marketing. Another lawsuit is pending in Mississippi. The city of Everett, Wash., sued Purdue Pharma this year alleging that the company knowingly profited off illegal sales of OxyContin. West Virginia, which has the highest overdose rate in the country, took a different approach last year by filing suit against several drug distributors and pharmacies.

A representative for Endo Health of Pennsylvania said it does not comment on current litigation but is committed to preventing misuse of painkillers.

This month, the U.S. Food and Drug Administration asked Endo to pull its painkiller Opana ER from the market. The move was a first by the FDA against a prescription painkiller. Although the Opana pills were supposed to be resistant to tampering, users managed to crush and inject the drug, causing outbreaks of HIV and hepatitis C, according to the FDA. Opana ER brought in $158 million in sales last year.

“We recognize that opioid abuse is a serious public health issue. Janssen has acted appropriately, responsibly and in the best interests of patients regarding our opioid pain medications, which are FDA-approved and carry FDA-mandated warnings about the known risks of the medications on every product label,” said Janssen spokeswoman Jessica Castles Smith in response to the Missouri lawsuit.

Jammie Fabick spoke at Hawley’s news conference and said she was grateful for his action against the drug companies. Her 17-year-old daughter, Helen, died in 2014 on the day she was supposed to attend a father-daughter dance at Ursuline Academy of St. Louis.

“I was not educated ... I didn’t see any of the exact signs (of drug abuse),” Fabick said. “You never know when it’s going to be your last hug.”

The Associated Press and Samantha Liss of the Post-Dispatch contributed to this report.

Opioid addiction is driving the expectation that more Americans will die this year from drug overdoses than the more than 58,000 who lost their lives in the Vietnam War. Given that grisly prediction, Missouri Attorney General Josh Hawley’s lawsuit against three top U.S. opioid manufacturers is a welcome tool to fight the national public health crisis.

Hawley sued the drug makers for consumer fraud, alleging they waged a multi-year effort to hide the dangers of prescription pain pills and to deceive doctors and patients by not disclosing the high probability for addiction. He said they used front companies that pushed false research and aimed expensive campaigns at doctors downplaying the addiction potential and extolling phony health benefits. 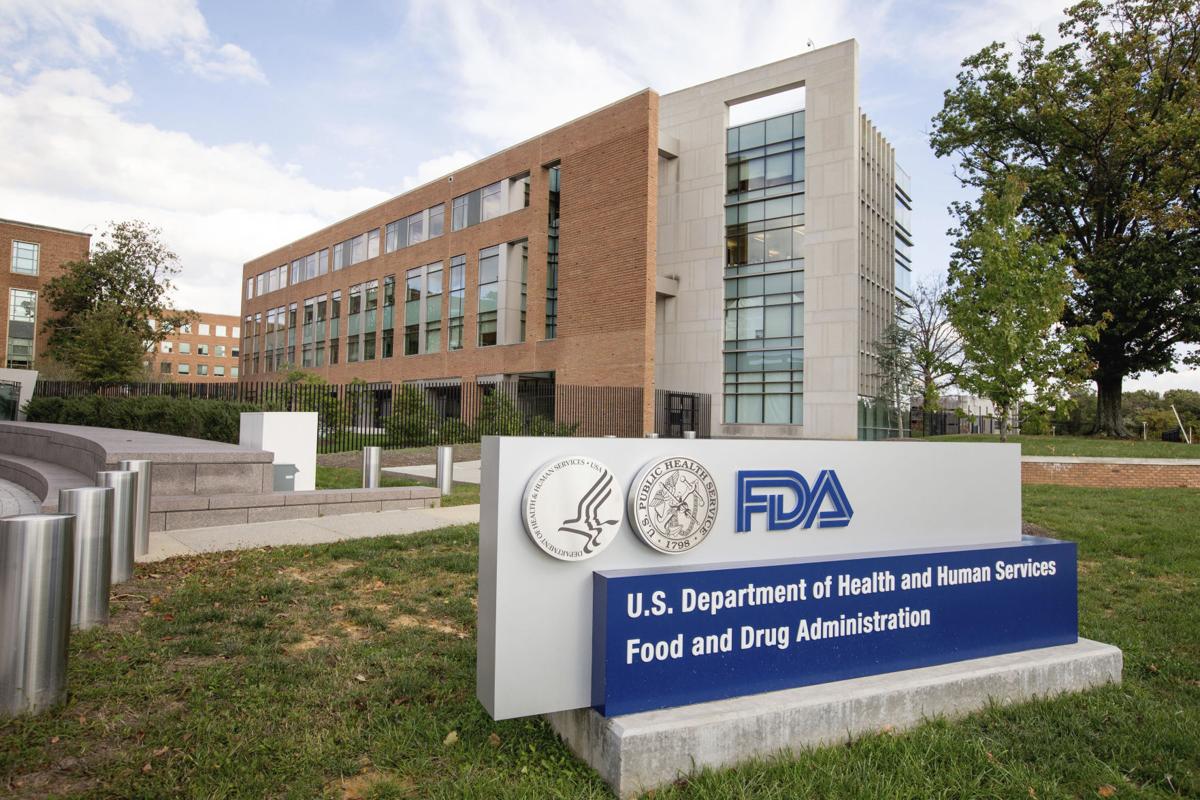 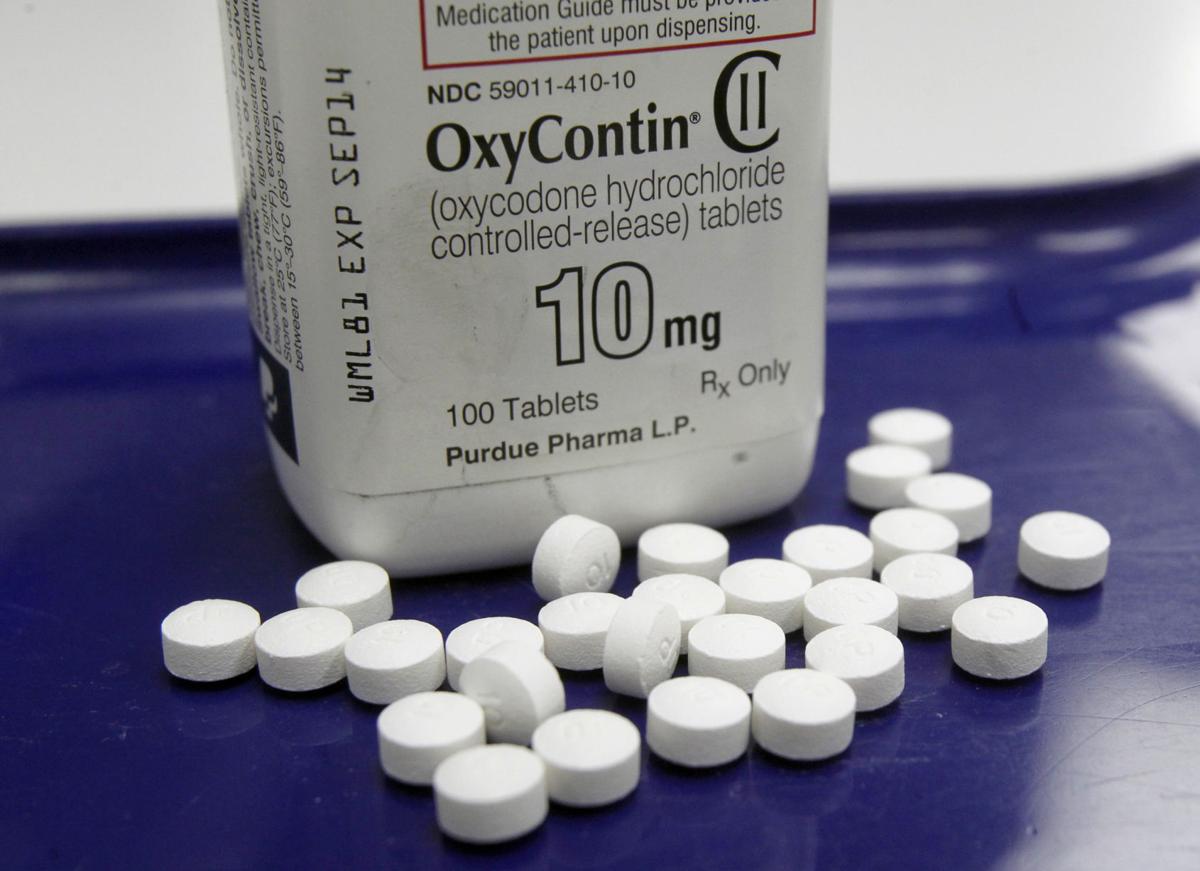 This Feb. 19, 2013, file photo, shows OxyContin pills arranged for a photo at a pharmacy in Montpelier, Vt. (AP Photo/Toby Talbot)