It has long been known that young children can struggle with depression, but now a group of St. Louis researchers are finding some of those children — even as young as 3 or 4 — think about suicide.

That’s the initial and unexpected observations of a group of researchers at Washington University School of Medicine, led by psychiatrist Joan Luby. The group just gained federal funding to further study the issue. They’re also sending up a warning flag: Mental health among the very young needs to be better addressed in policy and research.

“It’s a real, sobering phenomenon,” Luby said of the children she’s heard talking about suicide. “It’s not exactly clear what it means, but we know it shouldn’t be ignored.”

Researchers with the school’s Early Emotional Development Program work with children ages 3 to 7 who have been diagnosed with depression.

Since 2013 they’ve enrolled 133 of them in a study that provides free, intensive parent-child interaction therapy to help the youngsters cope with, and even overcome, depression without medication. But the researchers did not expect within the first 18 months to find that nearly a fourth of the depressed children coming to them from different parts of the region would be talking about suicide.

The children include a boy, 6, from Ladue who had been dealing with bullying by his classmates. Last summer he began having intense outbursts during camp. His parents didn’t realize his anger was an expression of depression and low self esteem. They sought help when he started saying disturbing things.

“He would come home from these camps and say he was ugly and stupid,” his mother recalled. “In some of the bad rages he couldn’t control, he would say things like, ‘I wish I was never born, I hate my life, I wish I was dead,’” and we didn’t know how to handle it.”

Luby cautioned this is not a suicide crisis. Very young children rarely act on suicidal thoughts. Yet it is concerning when coupled with research that indicates that the earlier children are aware of and thinking about suicide, the more they may focus on it as they age, and that can lead to a greater risk of an attempt.

It is a further concern for girls, because depression is not as easily detected in them, Luby said. While young boys tend to act out in anger and disruptive behavior as part of depression, young girls tend to withdraw and internalize their feelings. Adults often mistake depression for shyness, Luby said.

“The girls particularly seem to get lost,” Luby said.

Research indicates young children with depression have differences in their brain structure and function. Brain imaging done by the Washington U. researchers suggests children with ongoing depression have lesser gray matter — a brain component that’s been tied to the regulation of emotions.

Luby said the recent findings on suicidal thoughts is a wake-up call. She said it’s very likely depression starts far earlier than preschool, but it has not been fully studied.

Using the term “mental health” in context of infants and toddlers is a relatively new trend, but it is gaining traction. The Missouri Department of Mental Health now devotes part of its website to the mental health of children from birth through age 7. And a state board focusing on early childhood has made infant mental health a top priority.

Those groups are focusing on positive parental and caregiver attachments to promote optimal brain growth and social development of young children.

Much of the new attention on early childhood mental health is prompted by a growing body of research that shows rapid, critical brain development occurs in the first three years of life. That development often depends on positive social interaction from birth.

“We need to look as intentionally on our young children’s social and emotional development as we do their cognitive and physical development,” said Patsy Carter, of the state’s department of mental health. “Parents are always worried about immunizations and physical growth and their child’s A,B,Cs and 1,2,3s, but we don’t always think about how they’re emotionally developing.”

LaDonna Haley of Mental Health America of Eastern Missouri said the research in Luby’s lab points to the need for early screening, recognition and treatment.

“The earlier the intervention, the more likely the treatment will be successful and the child will have a better chance at total remission or diminished symptoms that are easier to manage,” she said.

Luby said she is certain more solid diagnosis tools for depression and other mental health issues will eventually be developed for children younger than preschoolers.

In the meantime, she and her researchers hope to gain answers about what is causing such an early preoccupation with suicide.

Luby, at this point, suspects very young children are increasingly exposed to media featuring violence and death. Though they may not entirely understand the concepts, they are absorbing images and dialogue on death, and a very real sense that life can end and they have power to make that happen.

She said the forthcoming study will enroll about 250 children, some with depression and some without, to understand what constitutes normal thinking about suicide. It will further look at whether therapy and treatments of children with depression are as successful for children who are also thinking about suicide. And it will look at environmental factors at home and in child care environments.

Studies also continue on whether strong therapeutic support can reverse or change effects of childhood depression on the brain and on behavior. Luby says such therapy has dramatically helped children in her lab to better cope with their emotions. This was the case for the family from Ladue.

The mother says she learned to better empathize with her child’s distressed feelings rather than to criticize or dismiss them as irrational or hurtful. Her son no longer talks about wanting to die.

“In those deep sad moments, I think he felt, ‘nobody understands me,’” his mother recalled. “For us to say, ‘I know that’s frustrating to you,’ was important. We were letting him know it’s OK to express those feelings and that we were there to understand.”

For more information on Washington University School of Medicine's Early Emotional Development Program and its free services for children who may be experiencing depression: 314-286-1888.

Warning signs of depression in childhood

• Decrease in enjoyment of activities and play

• Excessive feelings of guilt when does something wrong

• Especially for girls, withdraws into self

Special report: How toxic stress and trauma are endangering the children of St. Louis

Biological and developmental changes trigger lifelong health consequences that could shorten the lives of a generation. 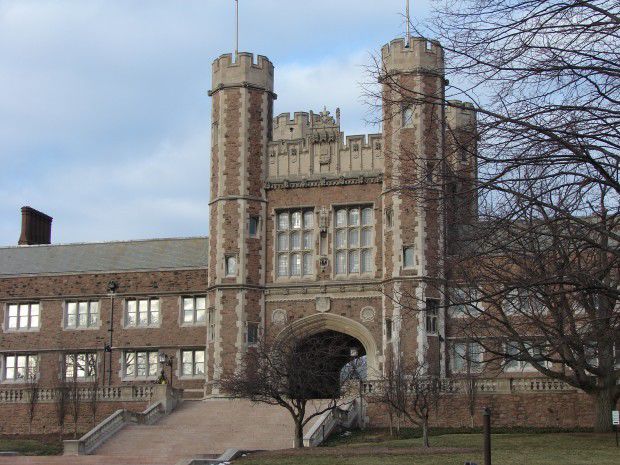 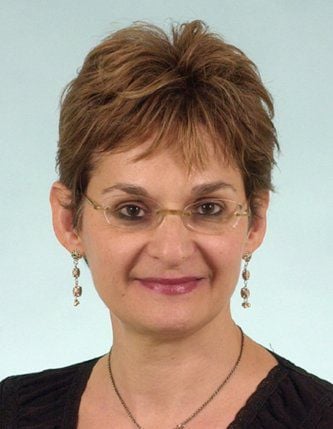