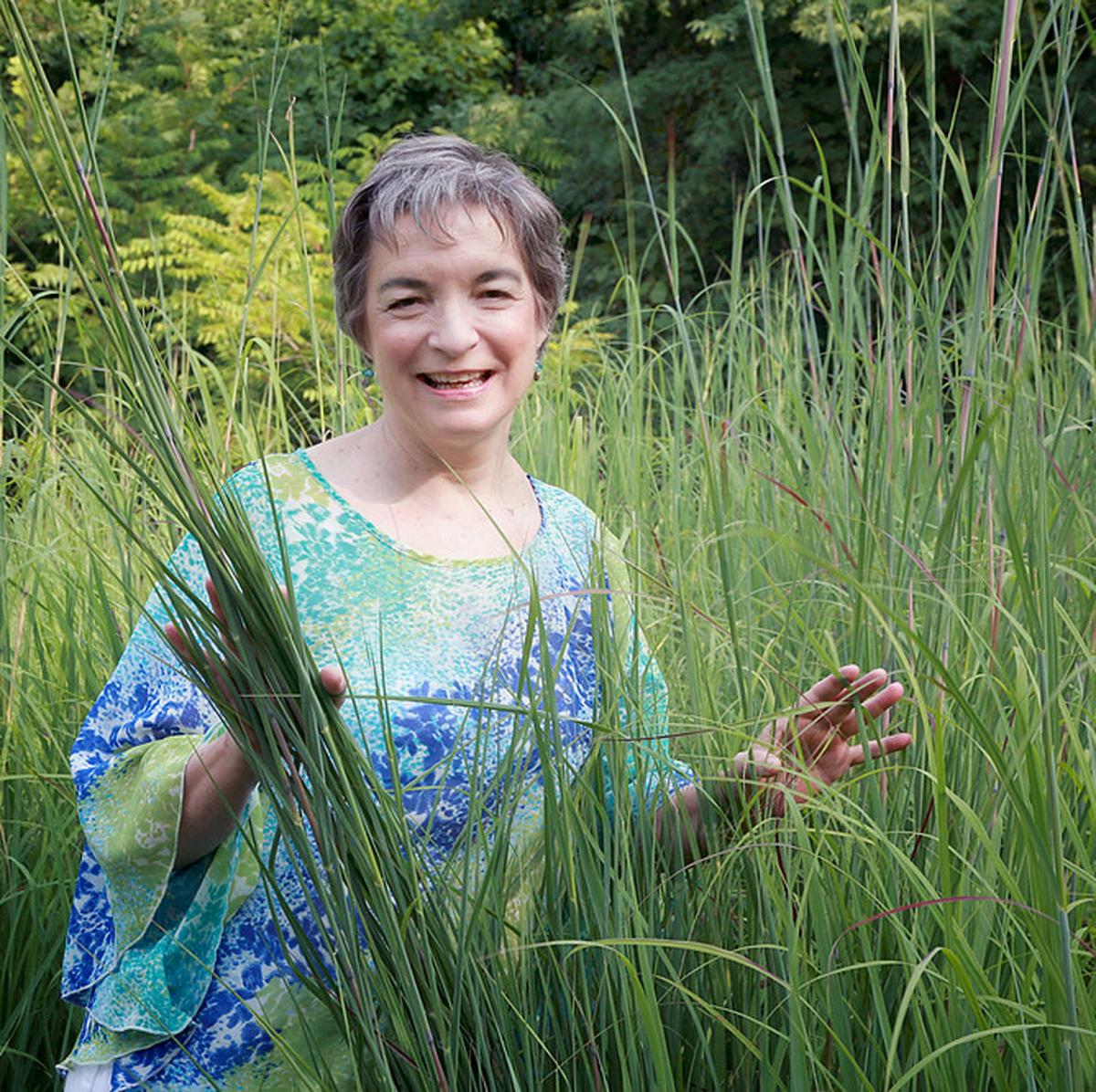 Chris Collins save her own life by using natural healing methods. 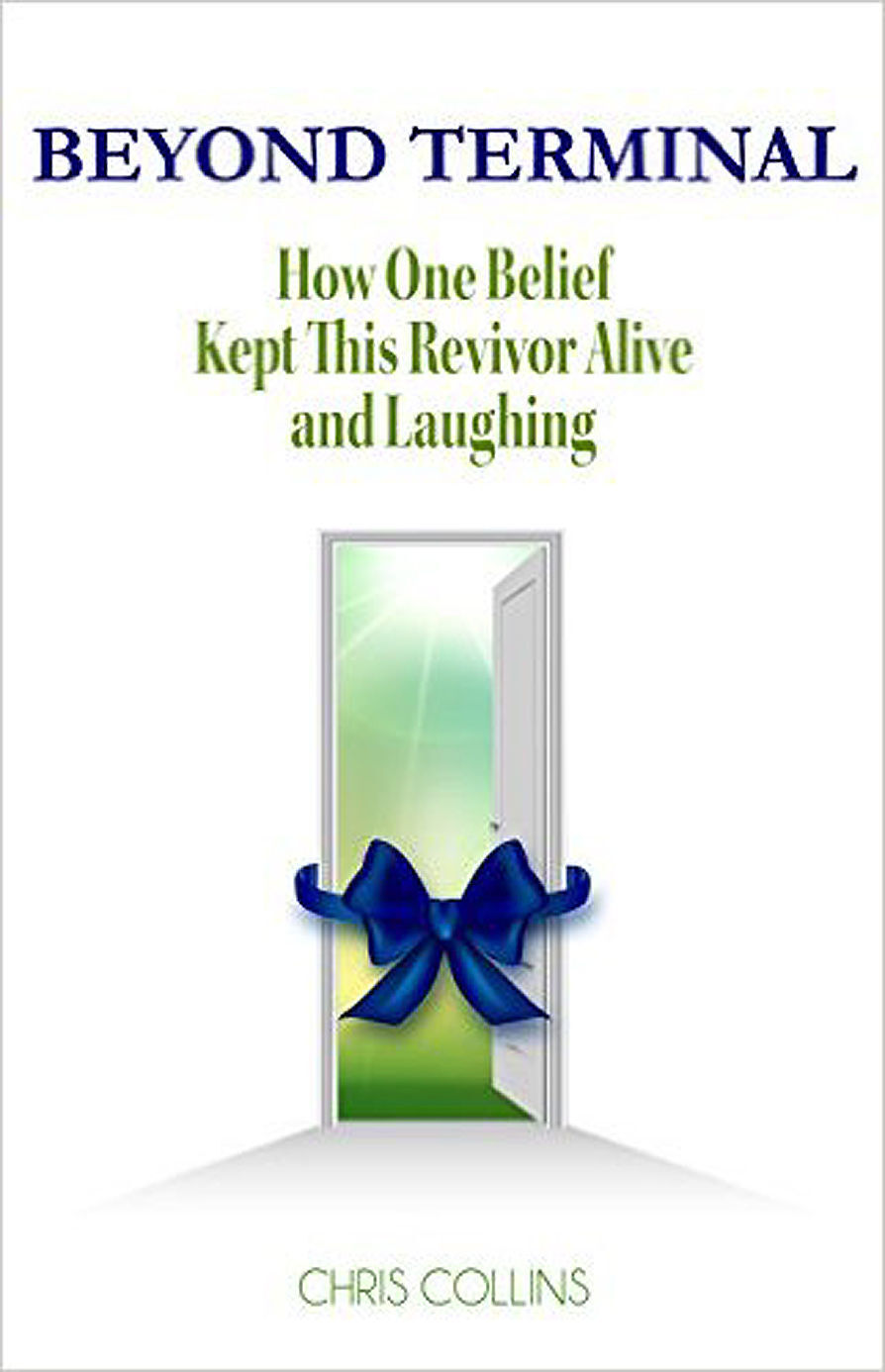 Beyond Terminal, by Chris Collins

Chris Collins doesn’t care who believes that she was once seven months away from dying from aplastic anemia, and that she used natural, alternative medicine to cure herself.

She attests that she’s fine and that without embracing natural healing and meditation, “There was zero chance I could have walked away from this.”

More than that, “The takeaway for me was … It’s knowing yourself, loving yourself, trusting yourself. Look in the mirror to know the truth of the thing. That’s number one.”

She doesn’t care. She’s alive, she says, because she took charge in a way that gave her confidence and resolve.

Her story began in April 2010 during a checkup. She got word that her bone marrow wasn’t replenishing her blood cells.

“I was very tired, but I didn’t think that was a problem,” she said.

It’s treatable but can be fatal, the foundation says. The disease puts people at risk for life-threatening infections and bleeding. It can affect anyone of any age, although it’s relatively rare — 600 to 900 people in the United States are diagnosed annually.

Her physician said he wanted to turn off her immune system “… to allow my body to reset itself.” Visions of the boy in the bubble prompted her to say no. “The doctor said, ‘Then you’ll be gone in seven months.’

“My first call to action was meditation. It has saved my life (several) times,” she said.

She’d used meditation for more than a decade while acting as a caregiver to her son. An accident caused his brain damage; he needed constant care — for 14 years. Meditation wasn’t enough.

The caregiver role exhausted her; she developed depression. A meditation teacher referred her to Dr. Qijun Chen, a massage therapist and internationally known practitioner of Chinese natural healing.

Through a translator, he told her, “You’re not that sick,” she recalls. “When he said that I said, that’s kind of strange. I was in a funk saying what am I going to do? He said I should smile more.”

He began massage therapy with oil and an infrared lamp. He also gave her herbal capsules to take regularly. Then he told her, “Go to bed,” she said, “listen to nice music. No one had told me to go to bed, rest or anything. I stayed in bed as much as I could.”

She hired caregivers to come help with her son.

“I went home, went to bed and stayed in bed and slept as much as I could.” she said. “I found out I was tired. I could get up from sleeping all night long, eat something and go back to bed.

After three months of weekly treatments, “I was starting not to sleep as much.”

She hadn’t changed her diet or added exercise. She had been getting twice-weekly blood transfusions from the hospital. But as she improved, she stopped them.

Her healers told her she had “poor nutrition absorption,” she said. A more natural diet would relieve that. Chen told her to “eat, eat, eat, eat good things.” And her health returned.

She unsuccessfully researched diets for aplastic anemia. “So I checked the closest thing, cancer. There was plenty of literature.”

She read books and even called and spoke with a couple of authors.

One author told her to drink raw milk — milk fresh from the cow without processing. He’d cured his own blood disease drinking raw milk.

“I drank that and within a day, I felt better,” she said. “I probably went through a gallon of raw milk every four days. I was really starting to feel good.”

She also cut sugar, glutens, fried food, fatty meat, empty starches, sodas and oats from her diet. She increased her vegetable and fruit intake exponentially. Her condition reversed itself. “It took a year and a half for my blood to build up,” she said.

She added yoga and walking to her routine, and taking a one-hour nap every day.

She has documented her experience in a self-published book, “Beyond Terminal,” available on Amazon.

“I wrote the book because I thought I could tell people how to handle a terminal diagnosis, but I couldn’t, I can’t,” she said. “Every single person is responsible for their body and where their helpers are and where their healers are.

She also maintains a website/forum, Revivor.net.

What she did • She overcame a condition, aplastic anemia, using alternative medicine methods.

How to keep your cuticles healthy during the cold winter months

How to keep your cuticles healthy during the cold winter months

Harry Jackson is a health reporter for the St. Louis Post-Dispatch.

A school district spokesman described the lawsuit as ‘frivolous, short-sighted and harmful.’

COVID variant spreads to more countries as world on alert

Despite the shutdown of flights, there was increasing evidence that the variant is already spreading.

Dear Dr. Roach • I am one of four daughters, ages 69 to 61. Our dad is 95 and still lives independently, although one of us four girls comes e…

What we know about omicron, the new COVID-19 variant detected in South Africa

It joins four other variants of concern — alpha, beta, gamma and delta.

The state also reported cases after vaccination or prior infection — cases remarkably rare, most common among those with underlying health conditions.

Currently identified as B.1.1.529, the new variant has also been found in Botswana and Hong Kong in travelers from South Africa.

Experts are warning that hospitals will reach full capacity in little more than a week if the virus is not contained.

Dr. Roach: Unrelenting back pain was a red flag symptom of cancer return

Dear Dr. Roach • My father died two years ago at age 73. For about six months, he had been experiencing excruciating back pain, which surgery …

Chris Collins save her own life by using natural healing methods.

Beyond Terminal, by Chris Collins