Researchers have figured out which plant species bumblebees prefer to include in their diets, providing advice to those wishing to help with bee conservation efforts.

During the summer months of 2015 to 2016, authors captured bumblebees on more than 100 plant species across more than 400 plots in California's Plumas National Forest, a mountainous, meadowy area with wildlife habitats near running water, where bumblebees are abundant.

The findings, published Tuesday in the journal Environmental Entomology, revealed that the most popular plant species among the bees were Oregon checker-mallow and mountain pennyroyal flowers.

Many plants rely on bees as natural pollinators to produce some of nature's most nutritious foods. However, species of North American bumblebees have significantly declined in population in recent decades. Between April 2015 and April 2016, beekeepers in the US lost 44% of their colonies.

Jerry Cole, lead author of the research and biologist at the Institute for Bird Populations in California, said there are a few potential reasons behind the declines: competition with other insect species, transfer of parasites from honey bees to bumblebees, loss of floral resources, or a mismatch between the phenology of plant species and the phenology of bumblebee species.

Phenology is defined by how plants and animals function in their environments in different seasons. Making sure the two are in sync is important, as our food supply depends on the timing of phenological events.

The authors assessed the five most abundant bumblebee species' plant selection by comparing the plants they used to what was available. Although they captured bees on more than 100 plant species, just 14 of them were chosen the most.

Each bumblebee species selected a different group of flowers, even though the bees were foraging across the same plots.

"It's important to consider the availability of plants when determining what's selected for by bees," Cole said. "Often studies will use the proportion of captures on a plant species alone to determine which plants are most important to bees."

"Without comparison to how available those plants are, you might think a plant is preferentially selected by bees, when it is simply very abundant."

The selections by the five species remained constant over the study period, suggesting that maintaining, seeding or planting with those plant species could benefit the health of the bees, the authors said.

The most abundant species of bumblebees found was Bombus vosnesenskii, or the yellow-faced bumblebee. And the plant species used most by that species was large-leaved lupine.

A. urticifolia, a flowering plant in the mint family, was the plant most strongly selected by three of five bumble bee species surveyed. Other commonly selected flowers included thickstem asters and Ryderberg's penstemon, a flower in the snapdragon family.

Yellow-faced bumblebees tend to stay consistent with their preference even when other plants become more available in different seasons.

Bumblebees don't necessarily have natural preferences, but will decide based on the quantity or quality of the nectar or pollen available, and how easily they can be accessed. Other factors driving bumblebee flower use include the length of their tongue, flower symmetry and color preference.

Though the researchers found certain plant species were more popular among bumblebees than others, they say their results "should be interpreted with caution because they didn't record whether plants were being used as pollen sources versus nectar sources."

There are other factors important to maintaining the health of bees, including the presence of other pollen sources and weather variations.

Marijuana crops are helpful to bee populations in that they don't require one of the main farming practices that is a threat to bees today: insecticides.

"As an exclusively wind-pollinated crop, hemp lacks nectar but produces an abundance of pollen during a period of floral dearth in agricultural landscapes," said the report published in the Oxford University Press.

Because of its unique flowering phenology, hemp can potentially provide nutrition to bees during a period of floral scarcity. In a time when cannabis is a rapidly expanding crop in the U.S. agricultural landscape, "growers, land managers and policy makers should consider its value in supporting bee communities and take its attractiveness to bees into account" when developing pest management strategies with the health of bees in mind, the report said.

The small group of preferred plant species the authors identified in the new study provide a helpful start for conservationists wanting to seed and restore habitats for bees in regions similar to the study's.

In that California region, plant blooming peaked during the summer each year, but Cole said that when planting, it's important to stagger the species you grow and plant a variety so that bees can have well-rounded food resources throughout the year.

"It wouldn't hurt to plant some of the species we identify here in your home garden," Cole said. "But the way that these plants are beneficial are not just on their own. You have to have a nice complement of plants that provide food resources throughout the season and not just at one point in the season."

Use of different plants by bees can also change between years if there are changes in what's available and when the plants are blooming.

"Maintaining, seeding or planting these 'bumble bee plants' while managing the surrounding landscape" to support a "diverse floral community is likely to benefit bumble bees, especially if some combination of favored plant species are blooming across the duration of bumble bee activity at a given location," the authors said.

Every week, we feature a St. Louis-area home to showcase. Don't miss a single one.

Brick-lined streets, canals, restaurants and bars, a chapel, a Pilates studio, playgrounds, a small grocery, an amphitheater and several  lakes  where you can swim, fish or kayak are some of the highlights of the St. Charles community.

Will and Megan Rogers have lived all over the country, thanks to careers in the hospitality industry.

4 ways to spruce up your bathroom before guests arrive

While you may be able to hide that messy bedroom closet from guests, you can’t hide the bathroom. Here are 4 ways to spruce up your guest bathroom before you have company.

Buying Guide: This cleaning tool helps you reach the grossest spots in your home

No more mummified crumbs under the fridge.

Gutter gadgets that make your life a whole lot easier

Properly maintained gutters drain rainstorm runoff away from the house, protecting your windows, doors, foundations, and siding, while preventing the dreaded basement flood. We all know gutters should be regularly cleaned and inspected, but gutter maintenance can be an intimidating task—or a death defying one, depending on who you ask. Fortunately, there are a few gutter gadgets on the market that will make your life a whole lot easier.

You're about to seriously up your kitchen game for under $35. 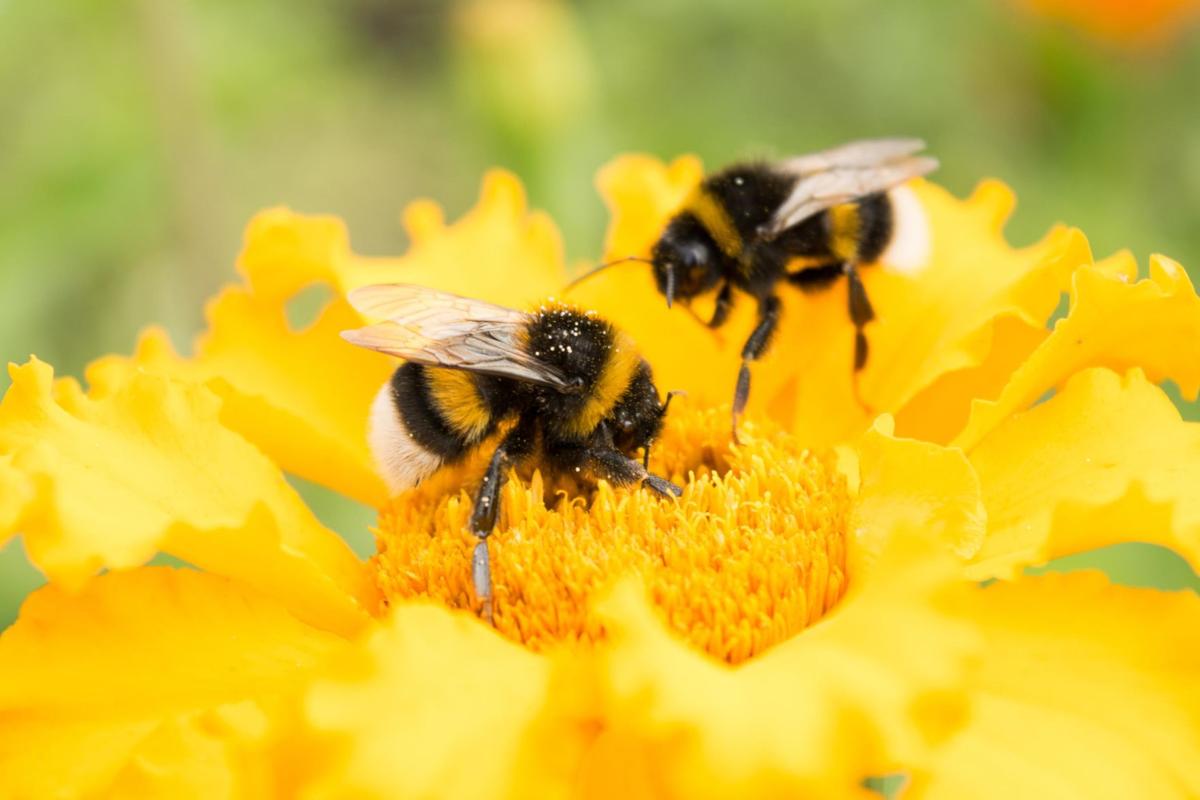 Many plants rely on bees as natural pollinators to produce some of nature's most nutritious foods. But species of North American bumblebees have significantly declined in population in recent decades. 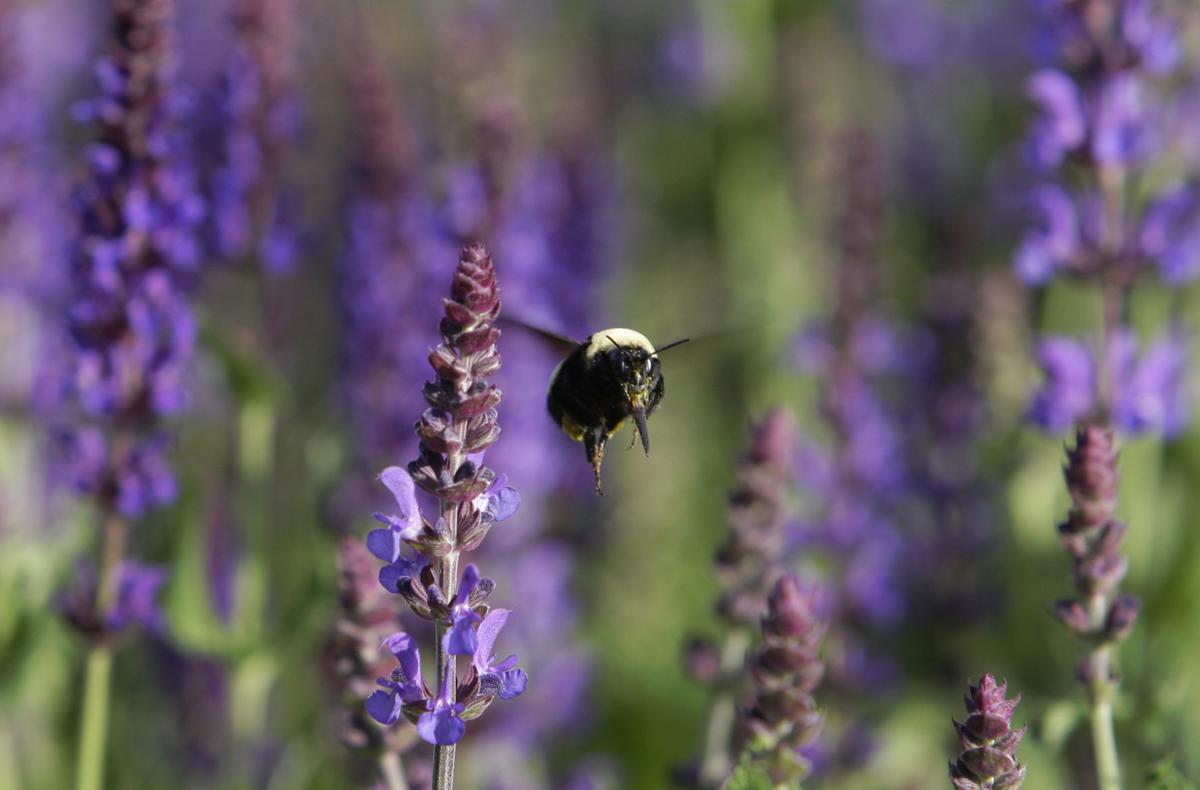 A bee flies between flowers at the George Mason Memorial in Washington, D.C., in this May 2009 file photo. (AP Photo/Alex Brandon)