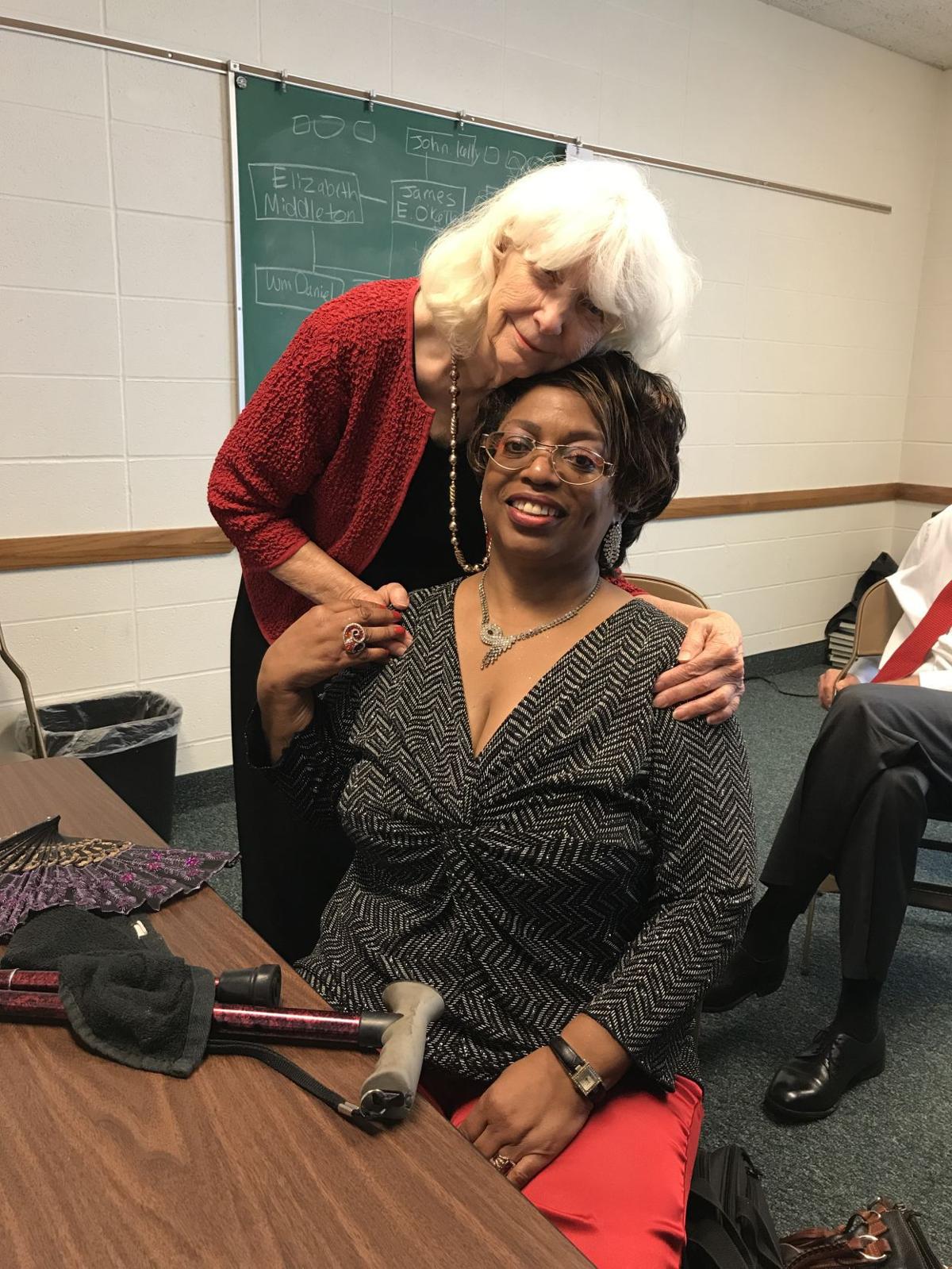 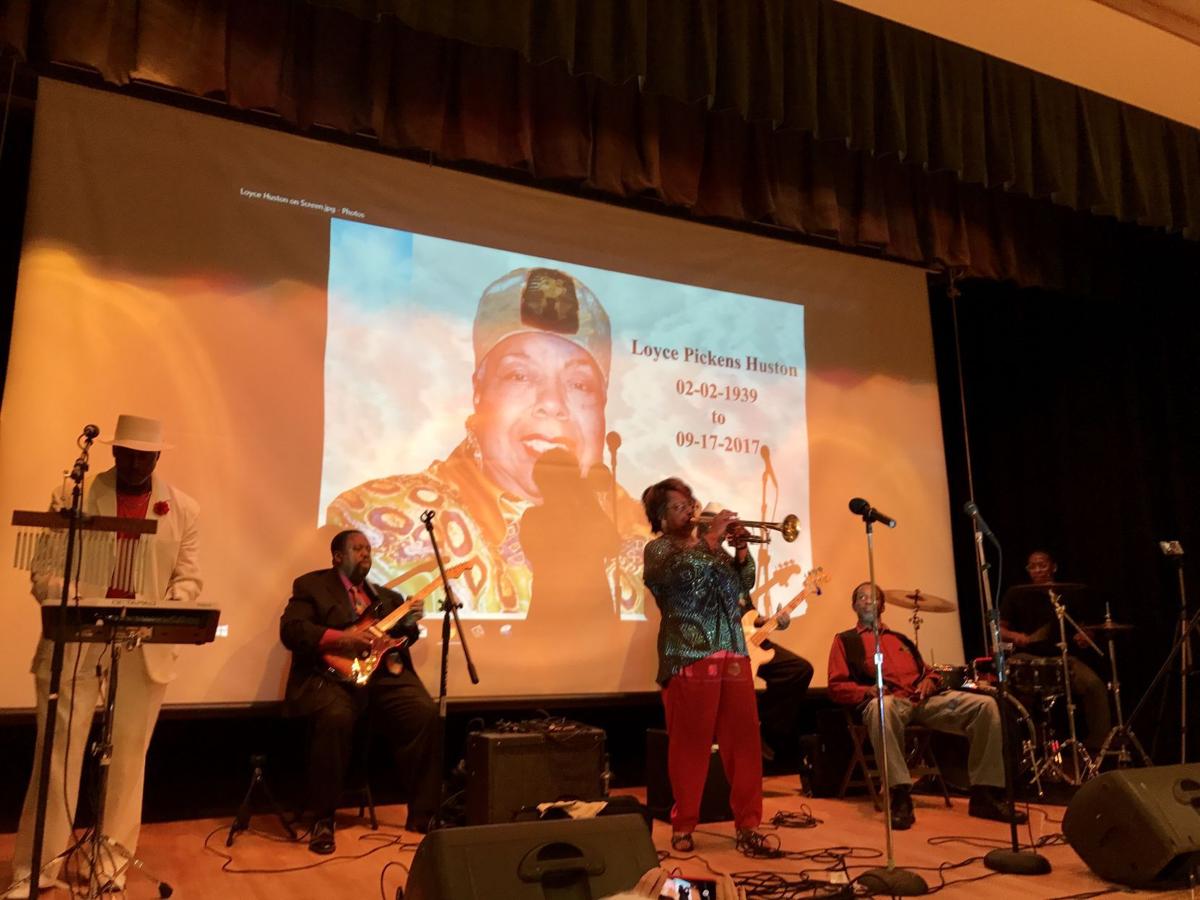 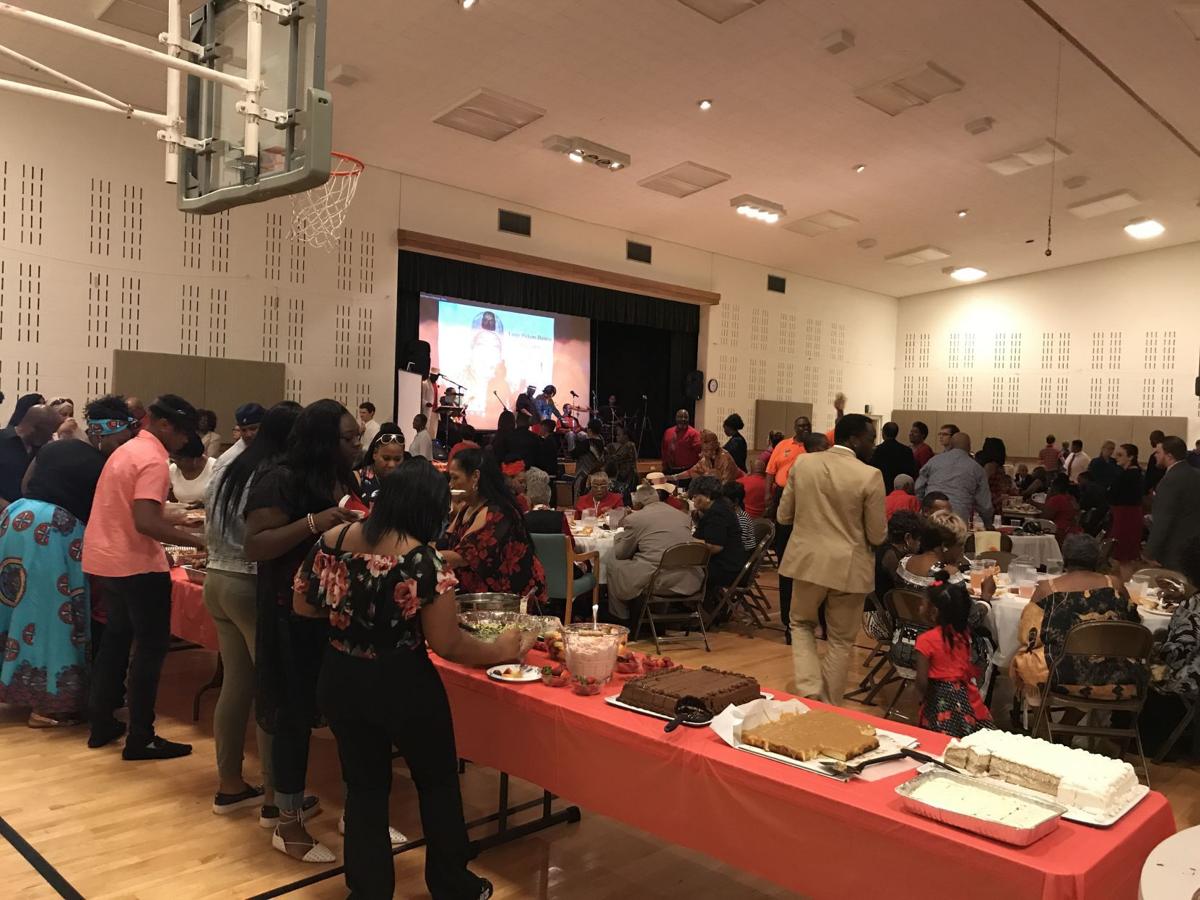 Hundreds of family and friends attended Loyce Huston's memorial service at the Church of Jesus Christ of Latter-day Saints on Butler Hill Road in September. 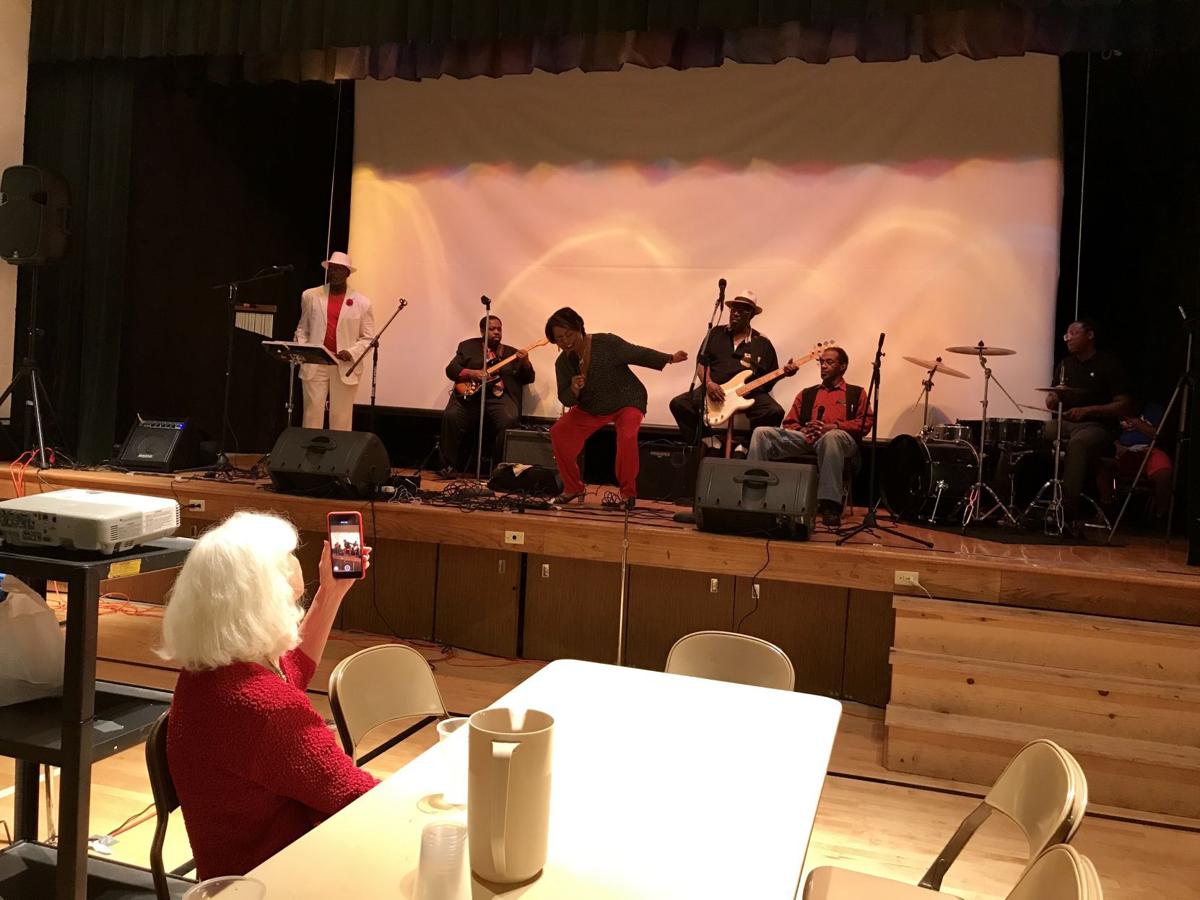 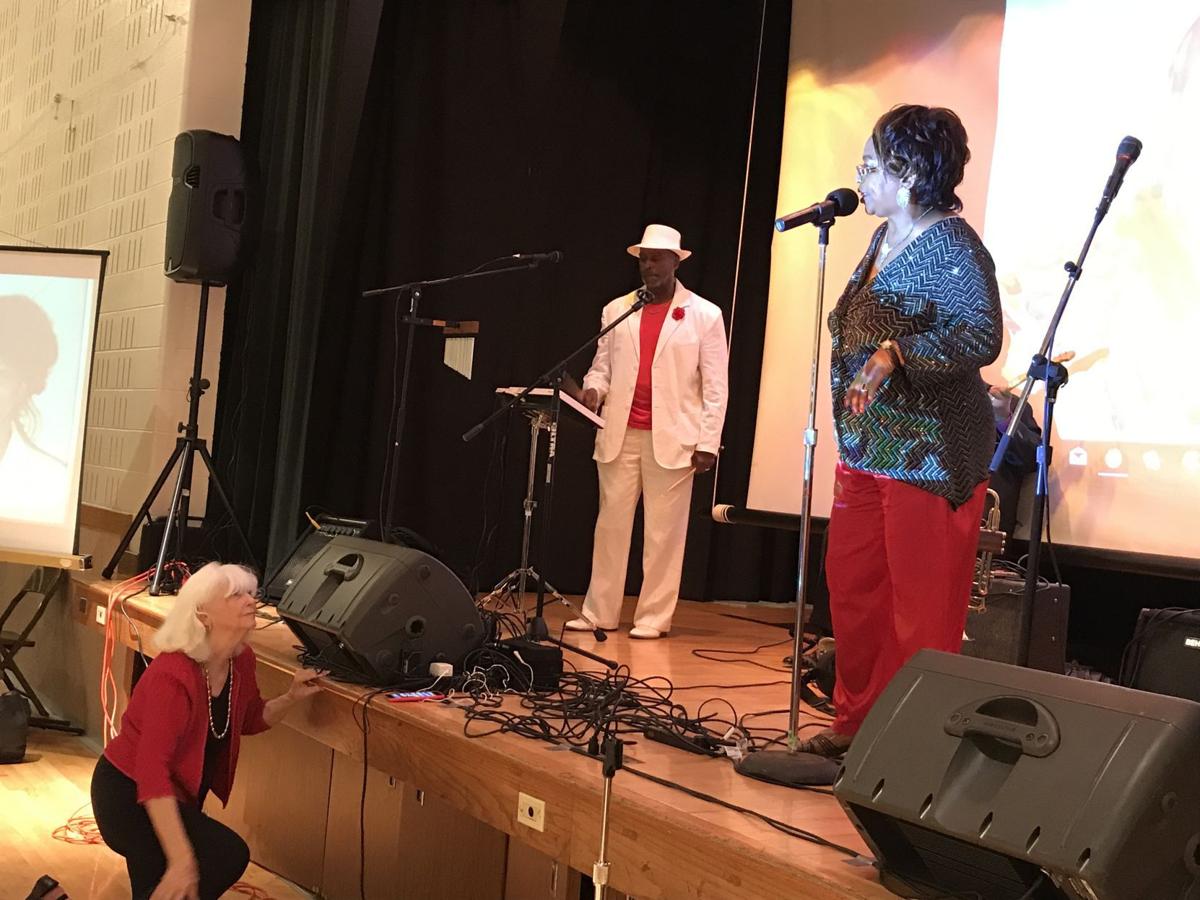 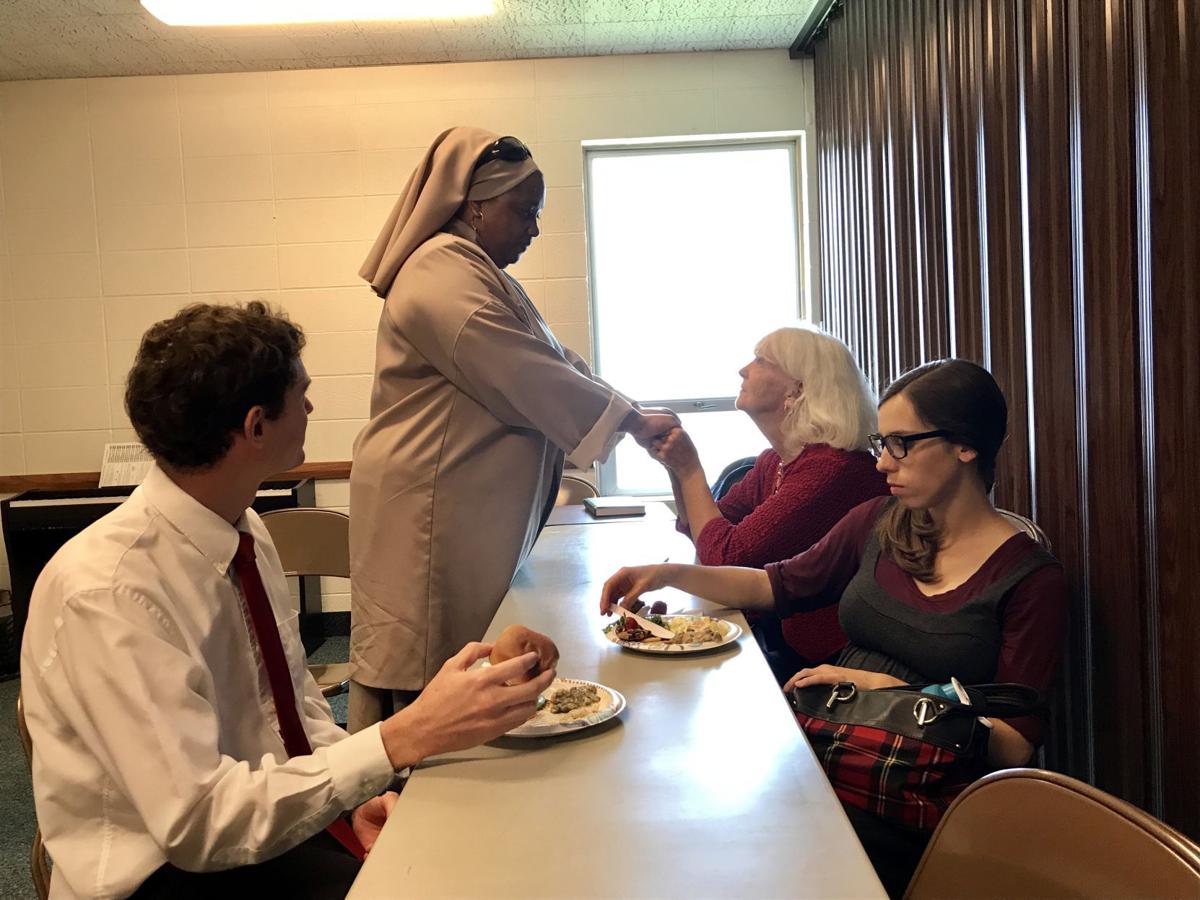 The two sides of the O'Kelley family meet at a memorial service in St. Louis. 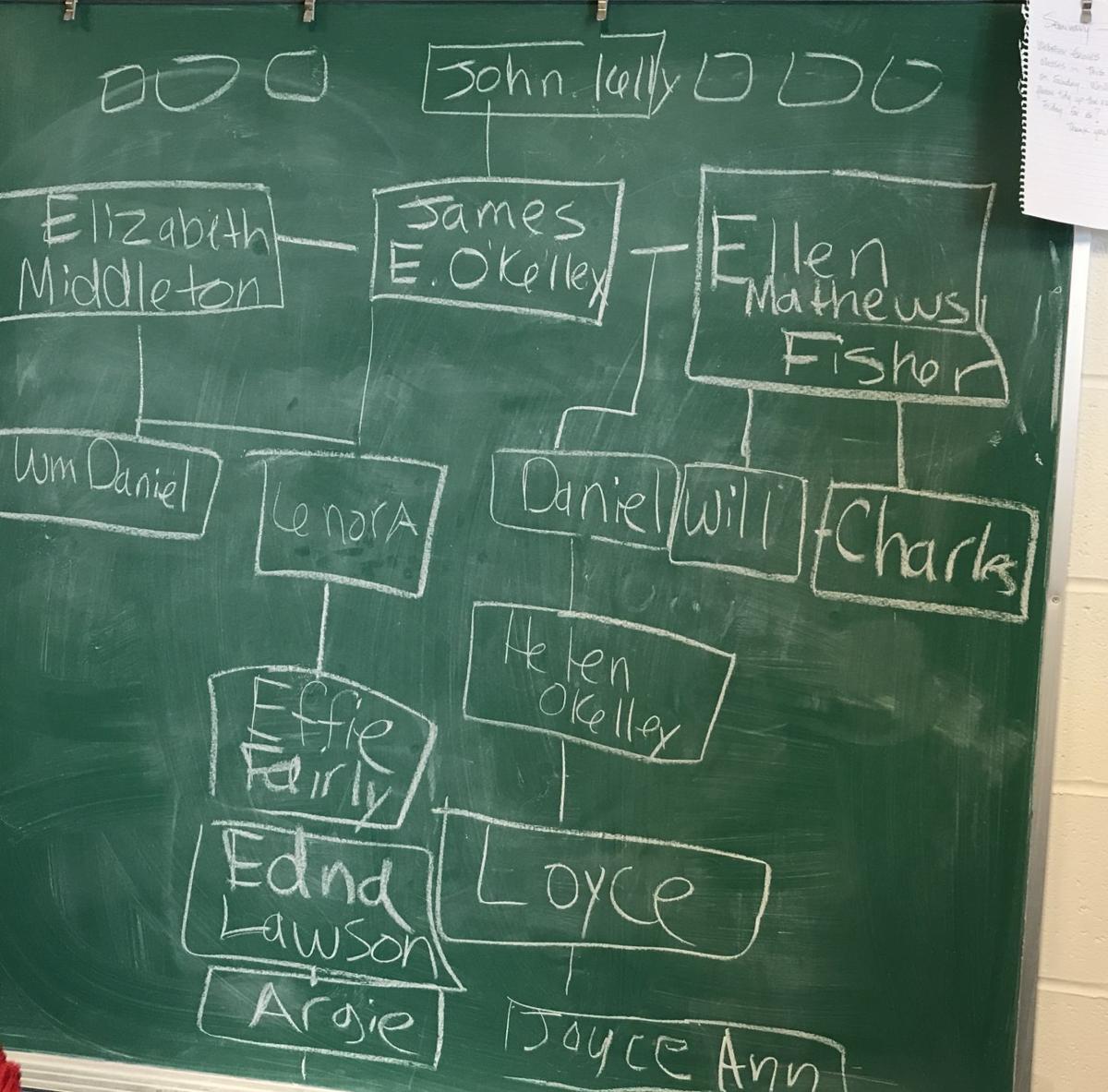 The O'Kelley family tree that connects slave owners to an enslaved woman impregnated by them. 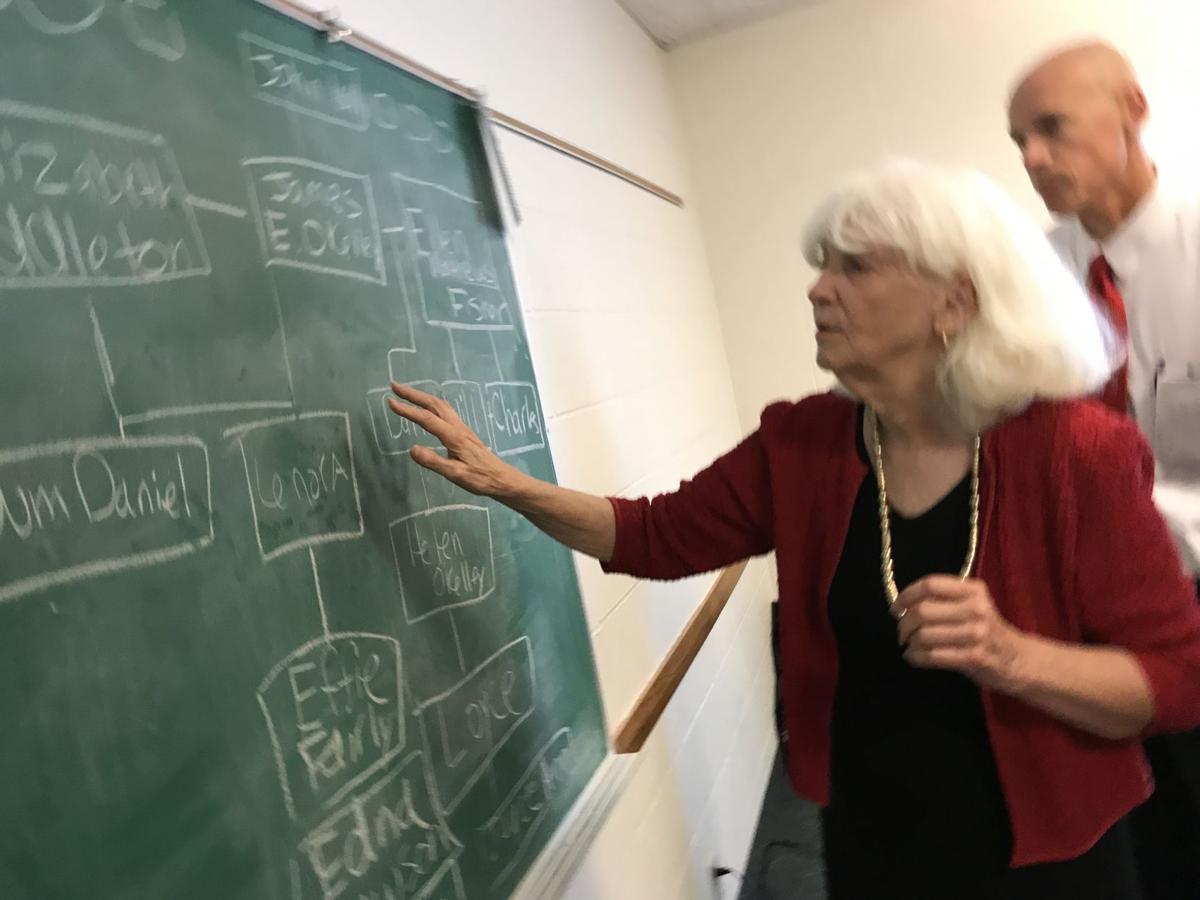 Argie Shumway explains the intersections of the O'Kelley family tree that connects black and white descendants.

Joyce Ann Huston had been scrolling through microfilm for hours when she saw a familiar name and screamed.

She had found Ellen Fisher, the maternal root of her family tree, in the Latter Day Saints Family History Center in Las Vegas on a census record from 1880. She had been searching for Fisher for years. Until this moment in 2000, Fisher only existed in the stories passed down at family reunions that had taken place since the 1930s.

Huston, 55, who now lives in Ferguson, had discovered the link that connected her black O’Kelley family to their white plantation-owning ancestors.

She had found the O’Kelleys’ slave.

“Ellen Fisher was a slave on the O’Kelley plantation in Mississippi, and she refused to succumb to the advances of her master, so he blinded her in one eye and threatened to toss her into a burning bush. Fisher had children with two of the O’Kelley brothers,” Huston said. She had heard this oral history for decades at family reunions. The story helped explained her grandmother’s silky hair and light skin. But they had no proof.

Once she had the slave-owner’s name, she found a book about the oldest proven progenitor, David Kelly, born in 1763. (The Kelly surname changed over the generations.) Huston reached out to the author of the book, who was one of his white descendants.

“I’m trying to get more information to find out where my slave ancestor came from,” she wrote. She was looking for any written documents to help trace where she may have come from.

Then, she connected with Argie Shumway, an 81-year-old, white Mormon genealogy enthusiast in Provo, Utah. Shumway had posted detailed family history on a genealogy site that showed their common ancestor. Shumway had been working on the O’Kelley ancestral line for years, just as Huston had been.

“Oh, I have black cousins?” Shumway said to Huston, without a moment’s hesitation. “That’s fascinating. How can I help you?”

This connection started a 17-year unlikely relationship between the women. In 2002, Huston went to visit Shumway in Utah. They share the same great-great-great grandfather and a love of family history. Huston made copies of records and books. Shumway said to her that they needed to document everything they possibly could.

“It’s easier not to believe something than to believe it,” Shumway says about the white author who seemed reluctant to accept Huston’s claims of an ancestral connection. That’s especially true when information challenges the world as you’ve always seen it.

Shumway and Huston nurtured their bond with calls and a few visits. Huston kept Shumway on the phone with her when she visited the site of the Kelly plantation in Mississippi. She called Shumway when her mother, Loyce Pickens Huston, converted from Baptist to Mormon in 2008.

Now the women shared a common religion, as well as an ancestor. Shumway called Loyce Huston to talk about her conversion.

“Yes, now you find me a man,” Loyce Huston said. Shumway approached one of the few black men she saw in her Mormon church in Utah and asked if he had any relatives she might set up with her cousin. She called Loyce Huston when she struck out with him.

“Who said he had to be black?” Loyce Huston, laughed.

Although Joyce Ann Huston had the death certificates of Ellen Fisher’s three mixed-race sons that listed the names of their respective white fathers, James Edward O’Kelley and John Beattie O’Kelley, they got confirmation when a black male relative’s DNA turned out to be an exact match to the O’Kelley paternal line.

“We had found a relationship in our family trees, and our DNA proved it,” Shumway said. “What an exciting day it was.”

Shumway’s granddaughter moved to St. Louis with her husband, and Huston hosted a party when Shumway’s son and his family visited her this summer. The Mormons from Utah got to meet their black relatives.

“I didn’t know what to expect,” said Bradley Reneer, Shumway’s son. He didn’t know if there would be resentment or bitterness given the brutal roots of their connection. Instead, he said, “I felt like family.”

There was a still a lingering gap in this branch of Huston’s family tree. She hasn’t been able to find an authenticated record of how Ellen Fisher ended up with the O’Kelleys. They know she was a house servant, a laundress and nanny in Perrytown Woodville, Wilkinson County, Mississippi, whose grandchildren eventually went to college. But Huston hasn’t been able to find a ledger or bill of sale to determine who sold Fisher and where she came from.

She and her cousin, Nikki Williams Sebastian, have self-published a book about their family’s lineage.

“We have ancestors who came to America to find freedom and ancestors whose freedom was ripped away from them,” Williams Sebastian wrote in the preface.

Their book is about family. But it’s about more than that. It’s a story about who gets to be included in the bonds of family. It’s a story that helps explain why some black Americans have Irish surnames. It’s a story of journeys, common roots and how our past informs our present.

The fact that some of the white O’Kelleys embraced them and other white O’Kelleys rejected them is the story of today’s America, too. The fact that they still don’t know what happened to their slave ancestor is part of America. Oppression and freedom and loss and rediscovery and reconnection and rejection are still the stories of race in America.

But for the black O’Kelleys and white O’Kelleys who took a connection in biology and history and forged a relationship out of it, their story is ultimately about family.

When Loyce Huston died in September, Shumway knew she had to be at her memorial service. Joyce Huston, a vocalist and trumpeter, played on a stage in front of the hundreds of people who came to celebrate her mother’s life.

Shumway kneeled at the foot of the stage, enraptured by the music, recording every song on her phone.

Together, they documented the new chapter of this old family history.

Some tips and tricks to make your selfies look better

Some tips and tricks to make your selfies look better

Sultan: Rockwood parents are sabotaging their own kids

Columnist Aisha Sultan writes: The parents who went after Miles ought to consider how much harder it will be for the school board to attract top leaders when you’ve become known as such a difficult district to try to lead through crises.

St. Charles parents form group to help others mourning loss of a baby

A couple in St. Charles co-founded the support group they needed after their six-month-old baby died.

Even in cities that haven’t reported a high-profile physical attack on Asian Americans, life has changed in the shadow of rising bigotry during this pandemic.

Hundreds of family and friends attended Loyce Huston's memorial service at the Church of Jesus Christ of Latter-day Saints on Butler Hill Road in September.

The two sides of the O'Kelley family meet at a memorial service in St. Louis.

The O'Kelley family tree that connects slave owners to an enslaved woman impregnated by them.

Argie Shumway explains the intersections of the O'Kelley family tree that connects black and white descendants.