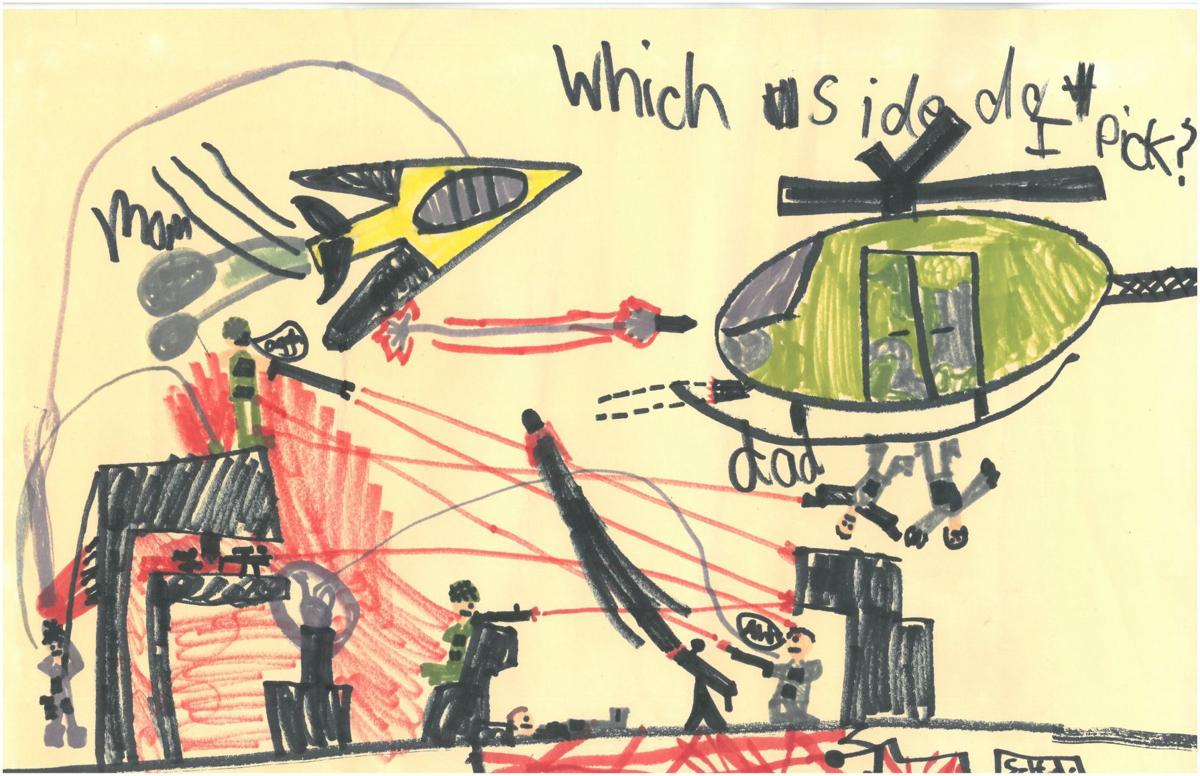 Local children who participated in group therapy sessions at Kids in the Middle draw pictures that capture their emotions. 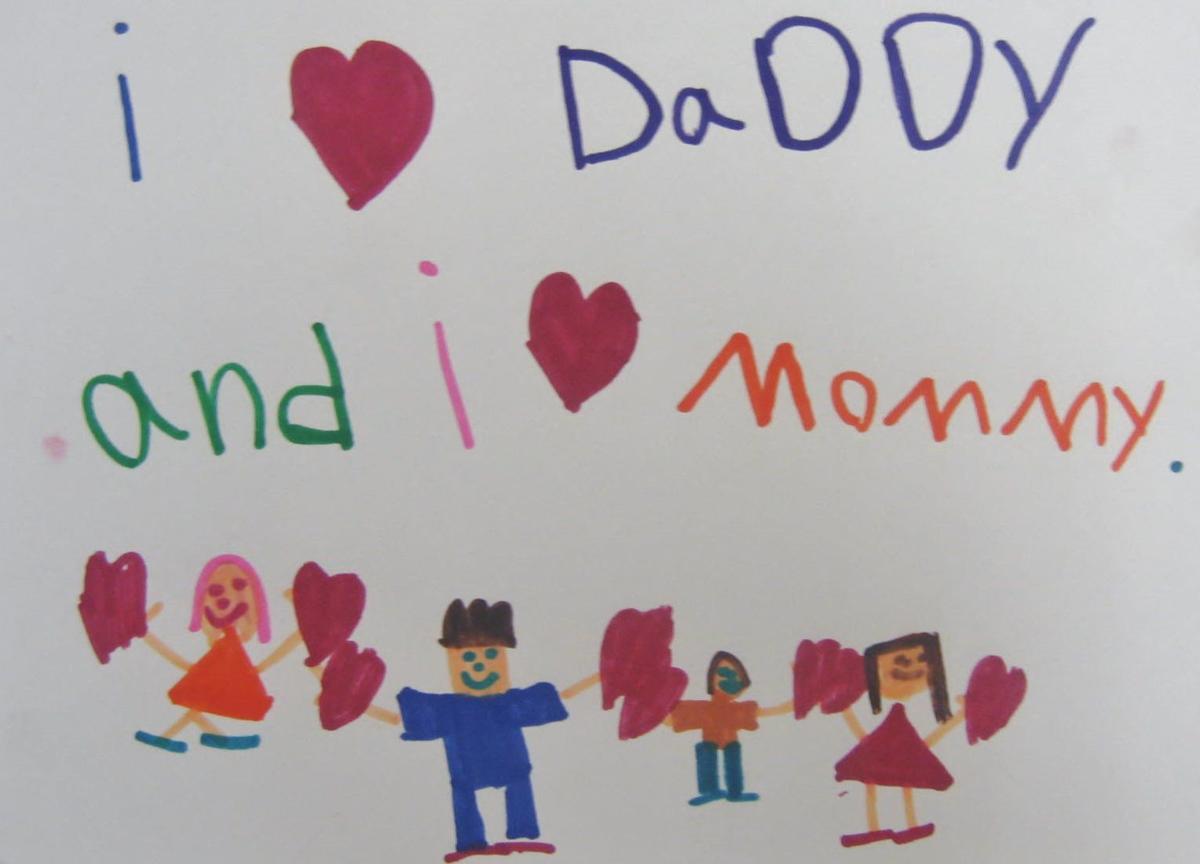 Art therapy can benefit children whose families are going through difficult transitions. 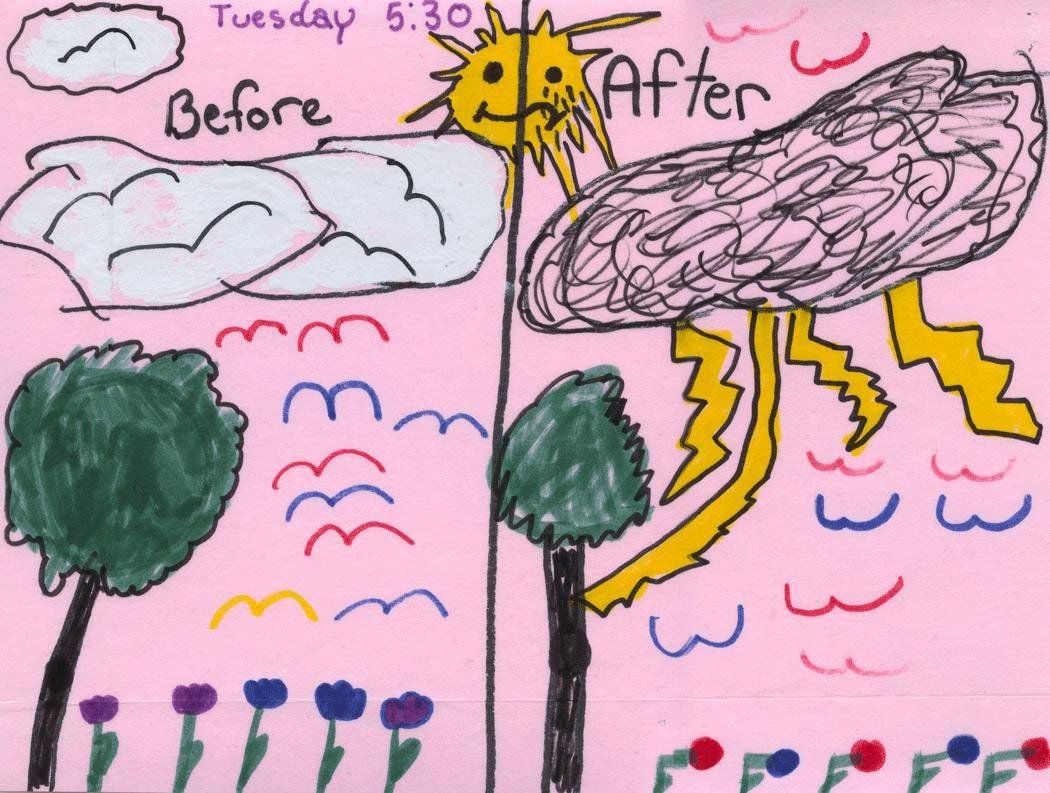 A child served by Kids in the Middle draws feelings about divorce.

One compelling storyline in the Oscar-nominated film “Marriage Story” reveals how a couple who still care for each other and adore their young son manage to end up in a bitter and costly divorce.

The Hollywood portrayal of this drawn-out, painful and expensive custody battle is hitting close to home for those in the trenches of relationship warfare. Katy Walter, chief executive officer for Kids In the Middle, a nonprofit organization that helps families during and after divorce, says the group is seeing an increase in the number of high-conflict family transitions. Several divorce attorneys report the same trend.

“I think they’ve become more contentious,” said Joseph Lambson, a divorce attorney based in Clayton. “It seems like divorces are falling on one of two paths,” he said. “Either they mutually realize it’s in their best interest to keep it focused on the best interests of the kids or it’s a full-throttled attempt to gain the upper hand.”

So, why are custody battles getting messier?

Lambson said there’s a noticeable rise in the number of cases involving a mental health diagnosis for one or both parents or one of their children.

“I have seen more cases in 2019 than the previous five years combined” that involve mental illness, he said. That puts one parent into the role of trying to protect the child from the other parent or it can spar disagreements on how to handle a child’s special needs.

Attorney Susan Block of Clayton agrees that mental health disorders are playing a bigger role in divorce proceedings, as are substance abuse issues. Sadly, the mental health of the children sometimes take a backseat to the desire of warring parents.

“Right now we are seeing a lot of anxiety, isolation, social media being abused,” she said. The move toward shared custody may not be the best solutions for children in this situation.

“A kid that is anxious cannot benefit from that many transitions,” she said, especially if there are different rules and routines in each household. Lambson agreed that the trend toward 50-50 custody has not reduced litigation in Missouri.

“There’s more to fight about,” he said.

Unique parenting plans can create more conflict among parents who already aren’t communicating well, Walter said. And, when a plan breaks down or needs to be modified, the family ends up back in court. She said they are also dealing with more cases involving parents who have never been married, which can complicate co-parenting arrangements.

She added that many of the same tensions and problems present in society filter down to families. For example, if a parent airs his or her grievances on social media, a child could access that.

“When kids come in, the amount of information that they know (during a divorce) is pretty astounding,” she said. Most of this information isn’t helpful for the child.

Susan Myres, the president of American Academy of Matrimonial Lawyers, said the rise in contention in divorce is mirroring the rise in conflict in society.

“There’s high conflict because bad behavior is not punished,” she said. “You can say and tweet all sorts of offensive things, which triggers an offensive response, and there doesn’t seem to be accountability.”

She suggested that if there were serious consequences for a person tweeting insults and mistruths, repeating bad things to children, yelling at others during a divorce or separation, then these behaviors wouldn’t be as prevalent.

Today’s polarized environment can also make co-parenting more challenging for those on opposite sides of the political divide.

Jason Young, 49, of Chesterfield, divorced nearly 11 years ago when his children were young. He and ex-wife Cynthia O’Toole, 43, of O’Fallon, Missouri, have vastly different political views.

Young said it has created some moments of tension, for example, when his young daughter comes to his house wearing the T-shirt of a candidate his mother supports and he strongly opposes. Meanwhile, O’Toole says she is disturbed when her children come home “with a crazy idea or crazy view” they’ve heard from their father.

“That poses a challenge,” she said. “I basically bring them back to reality,” she said.

Despite their differences, both Young and O’Toole say they had a relatively low-conflict divorce.

“I learned a long time ago that fighting doesn’t solve anything,” Young said. During their separation, they kept the best interests of their kids front and center.

That, experts say, is the key to avoiding additional heartache.

Sultan: Why white parents are taking their children to the protests for the first time

A wave of suburban white families are engaging their children in the movement for racial justice sparked by the recent police killing of George Floyd. Some had never uttered the words "‘Black Lives Matter" before, let alone carried a sign saying as much in march against police brutality.

Sultan: The panic about summer without camps

For most students, virtual school learning is over by now. For parents, the panic about what to do next has been building for weeks.

Tyra Johnson doesn't allow her kids to play outside, so they've been cooped up indoors during the pandemic. Her apartment sits in Preservation Square, in 63106, the ZIP code where people live an average of 18 years fewer than those living eight miles away in Clayton.

Sultan: Your job or your child?

Nearly half of licensed day care providers closed their doors during the state stay-at-home orders in Missouri, according to Child Care Aware of Missouri. It’s unknown how many of those child care providers will reopen as workers are asked to return to their jobs.

Sultan: Pregnant in a pandemic

“I don't have plans on taking either one of the girls out for months,” Melissa Andrzejewski said, even though her county has reopened. She’s nervous about the expected second wave of infections and isn’t sure when she might return to work.

Local children who participated in group therapy sessions at Kids in the Middle draw pictures that capture their emotions.

Art therapy can benefit children whose families are going through difficult transitions.

A child served by Kids in the Middle draws feelings about divorce.