Is the most photographed generation being robbed of childhood memories?
0 comments
Share this
{{featured_button_text}}
1 of 2 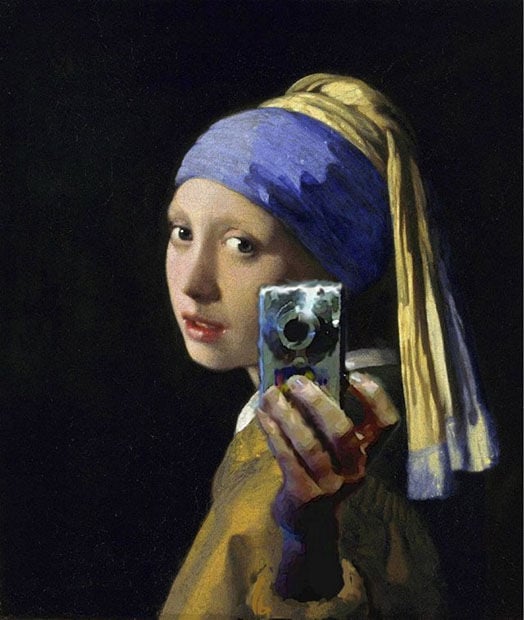 Dutch painter Johannes Vermeer’s Girl with a Pearl Earring is now Girl with a Digital Camera thanks to Mitchell Grafton. 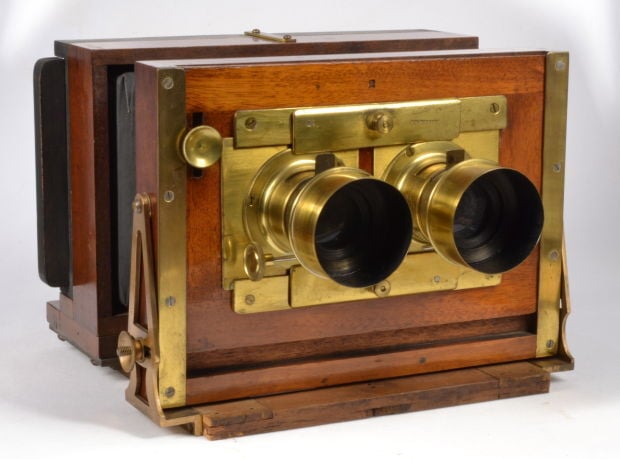 This John Stock stereo wet plate camera, circa 1863, is on display at the newInternational Photography Hall of Fame and Museum.

I heard a dire prediction of what will become of this most photographed generation of children in history.

It didn’t have to do with the potential psychological impact of being hyper-documented, although those are legitimate worries.

“The irony is that kids will end up with little visual documentation of their childhood because it will be lost to the cyber world,” said David Carson, one of the Post-Dispatch’s Pulitzer Prize-winning photography staffers. He’s also the father of a much-photographed 9-year-old daughter.

“They are going to lose all this history,” he said. Technology changes so quickly, it renders older formats obsolete. Quantity overtakes quality. Performance — mugging and posing for the camera — replaces capturing candid moments. And the risk of losing it all takes less than a house fire or natural disaster: a technological glitch, a lost phone not backed up, a corrupted hard drive.

It’s the paradox of the times we live in: Our children grow up with hundreds of thousands of photographs of their childhoods, yet so few they will hold or carry with them.

We rely on our visual documentation as our memory for when it fades.

But the physical experience of revisiting memories has changed. The boxes of photographs stashed in the closet or envelopes shoved in drawers are replaced by albums on social media or camera rolls on our phones. Scrolling through pictures on a screen is viscerally different from thumbing through them in an album or box. At some point, your eyes glaze over digital pixels.

Part of the problem is sheer volume. In the olden days of film (when I was growing up) taking a photo had to be more deliberate and conscious rather than reflexive. The camera came out on birthdays, holidays and vacations. When digital cameras eliminated the cost of film, floodgates opened. Consumers are expected to take 1 trillion photos this year, according to InfoTrends’ 2014 Worldwide Image Capture Forecast. More than 740 billion of those images will be taken using smartphones.

It’s not unusual for parents to have thousands of digital images of their children from a single year.

“You don’t get rid of bad pictures,” Carson said. “People rarely value a picture enough to print it out.”

But as much as we like to believe in the promise of forever in the cloud, veteran photographers are skeptical. Carson doubts whether he can still open pictures he made on a digital camera 15 years ago because the technology has changed so much.

Of course, hard copy photographs are susceptible to fires and floods, but so are hard drives. As recent hacking scandals brought to light, there are privacy concerns in the ether.

He also wonders about the quality of popular photo book services.

Check the archival quality of photo printing services to see if the books ordered online will hold up decades down the line. Keep in mind that even CDs and DVDs go bad over time.

One photo editor said he has CDs from the late ’90s that won’t open anymore. New systems aren’t equipped to read old formats.

Create an electronic archive and backup, but also take advantage of print deals. Carson suggests picking a few dozen photos that you respond to the most emotionally and printing those periodically. Throw them in a shoe box under the bed. Or put them in an archival quality album.

Give hard drives as gifts. Back up the drive, and keep it in a different place. I store the negatives of my wedding photos in our bank safety deposit box.

And consider how much documentation of your own childhood you revisit.

Perhaps it is time to rethink the photographic legacy we want our children to inherit. I’ve decided to create four books or albums in a set for each of my children: One for babyhood, another for elementary school years, then middle school and lastly for high school.

This sort of collection seems so much more manageable than a hundred thousand digital images in a virtual gallery. I imagine we will store (and back up) all the excess images, as well, just in case we want to meander through a virtual attic one day.

It’s a priceless gift to try to preserve the story of a person’s life.

It’s about more than the process of clicking, sharing and gathering “likes.”

Helpful self defense skills you should know

Helpful self defense skills you should know

Dutch painter Johannes Vermeer’s Girl with a Pearl Earring is now Girl with a Digital Camera thanks to Mitchell Grafton.

This John Stock stereo wet plate camera, circa 1863, is on display at the newInternational Photography Hall of Fame and Museum.