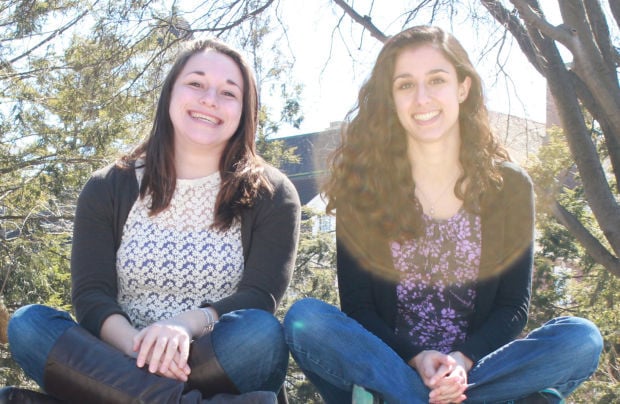 A rendering of the Marie Curie doll

The disruption in the pink aisle is about to become an all-out revolution.

A newly minted female engineer and one in the making have developed a successor to last season’s groundbreaking GoldieBlox, the engineering kits geared at girls.

Supriya Hobbs and Janna Eaves, both 21, met through the engineering program at the University of Illinois. They have come up with a line of dolls that they hope will change the way girls think about pretend play and, more importantly, their place in the world.

Their Miss Possible line of dolls combines the appeal of American Girl with the skill development of GoldieBlox.

These young women have left Barbie so far behind.

The first doll will be the childhood version of Marie Curie, the Nobel Prize-winning chemist and physicist whose research led to breakthroughs on radioactivity. The second in the production line would be Bessie Coleman, the first African-American female aviator and first American to hold an international pilot’s license. The third woman they’ve chosen in their doll line-up is Ada Lovelace, known as the world’s first computer programmer.

Each doll will come with a smartphone app with a set of experiments and activities the child can do in the spirit of the doll’s namesake. The Marie Curie app will have instructions on making a compass, creating a chemical reaction with Elmer’s glue and experimenting with magnetism. It’s like a digital science kit with materials typically found in the house. The app also delves into the biography of the woman.

Toys can be powerful tools, letting children imagine a narrative of what’s possible in their own lives. But they have become increasingly gendered, pink, superficial and sexualized, since we were children.

Would you rather have your daughter imagine she’s a princess who finds her Prince Charming or a pioneer who finds a cure for cancer?

“There’s something really powerful of having a real person behind it,” Hobbs said. “This is one woman. This is the story of her life.”

They are seeking crowdfunding through Indiegogo.com and will let their financial backers pick which real-life female hero to immortalize in doll form after Lovelace. They decided on a childhood representation of these women because they wanted the focus to be on the extraordinary accomplishments, not on the depiction of the body.

The founders of GoldieBlox captured our imaginations through viral marketing videos, won airtime during the Super Bowl and raised enough money from donors to begin to stake space in the toy aisles from princesses and put it in the hands of future engineers.

Hobbs, a graduate of John Burroughs High School, reached out to them and said the company helped mentor this young dynamic duo.

“I was surprised how much they were willing to help us,” Hobbs said. “We’re all sort of working toward the same thing. That makes it more of a collaboration than a competition.”

Miss Possible has a five-person team of college-age women working on all aspects of their idea, from the design to web development and marketing. Hobbs has been working 50 to 60 hours a week on the plans since graduating this summer, even though she already has a job lined up starting next month.

Hobbs and Eaves know their career choices will put them in the minority in their fields, and that’s what they are hoping to change. Even though women represent half of all college-educated workers in this country, they made up just 28 percent of science and engineering workers in 2010.

Typical engineers. They spotted a problem and came up with a way to address it.

Hobbs and Eaves researched and found a factory in China to produce their dolls, which they will sell for $45 apiece. The monthlong Indiegogo.com campaign will hopefully help them raise the $75,000 they need to fund the factory’s minimum order of 5,000 dolls.

Both of Hobbs’ parents are chemists, and Eaves’ are engineers. The young women never learned to doubt their own abilities in male-dominated STEM fields. They want their dolls to spark that same confidence in the girls who may one day play with them.

A rendering of the Marie Curie doll