What does it mean to teach character?
0 comments
Share this
{{featured_button_text}}
1 of 2 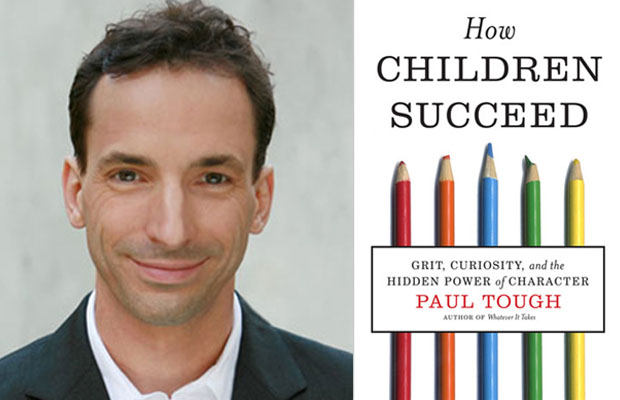 "How Children Succeed: Grit, Curiosity and the Hidden Power of Character" by Paul Tough 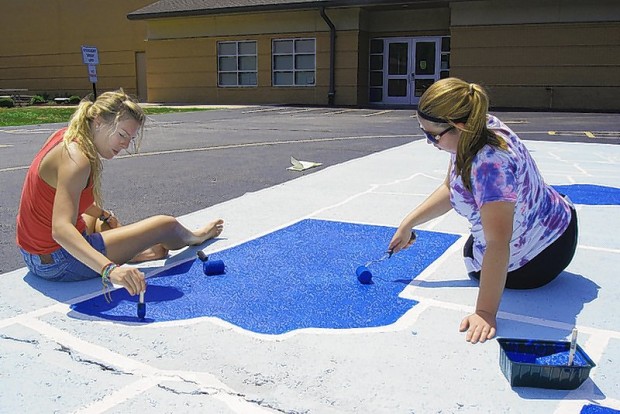 SUBMITTED PHOTO Mehlville High School students Katie Leicht (left) and Amanda Schultz are painting a map of the U.S. on the playground at Oakville Elementary School to earn their Girl Scout Gold Award.

Let's say you learned to drive in America and spent the formative years of your driving experience on American roads. If someone dropped you in the heart of London behind the wheel of a car, odds of a collision are high.

You would need to relearn habits that have become nearly instinctual to navigate traffic on the opposite side of the road.

This may be exactly the sort of disorienting change in direction parents need to take while raising our children if we want to give our children the best chance of success later in life. We have to shift gears from responding to a demanding baby's every need to backing off from solving a young child's every problem.

This can be harder to do than it sounds.

Journalist Paul Tough investigated the question of what children really need to succeed in life and came to the conclusion that the things that middle class and affluent parents most often obsess about, such as getting a child into the right school, having him or her ace the tests or master extracurricular activities, are often not so important as another set of traits he describes as "character."

By character, he refers to developing a child's grit, curiosity, conscientiousness and optimism, which turn out to be more important than traits like IQ in impacting a child's success in school. His latest work, "How Children Succeed: Grit, Curiosity and the Hidden Power of Character," is not a parenting guide or advice tome. It's a research-dense work that includes portraits of children who are struggling to persevere and the adults trying to help them. He studies children growing up in poverty and those being raised in affluence and looks at what each group needs to succeed.

Tough draws upon research on early attachment between infants and their caregivers (usually their mothers) and found evidence that supported his gut instinct as a new parent, himself: You can't spoil a baby by responding to its cries and cues. That's precisely what a baby needs at that age, to be reassured that someone will be attentive to his or her needs. That lays the foundation for secure attachment later on in life.

What makes parenting complicated, however, is that you certainly can spoil an older child by continuing the parenting pattern we establish when they are babies. It's easy to go from just right to overly responsive when, in fact, a securely attached child needs to struggle and persevere and learn from failure and false starts.

"There's no real road map to figure out how to get from one style to the other," Tough said. With his own son, now 3 years old, Tough is making an effort to let him explore his own independence, like pouring his own cereal even if he spills it and letting him resolve his own spats on the playground and resisting the impulse to intervene.

One key to teaching children grit and self-control is by doing less, he said. Let them figure some things out on their own and don't micromanage their lives. Make them do their own homework, experience disappointments and learn from consequences.

One of his sources, Dominic Randolph, is the head of Riverdale Country School, which caters to an affluent, high-achieving demographic. Tough quoted him a New York Times magazine piece in which Randolph says: "The idea of building grit and building self-control is that you get through failure. And in most highly academic environments in the United States, no one fails anything."

Elementary grades seem like a good time to build on this notion. Grade school is not the high-stakes pressure cooker of high school nor the emotional tumult of middle school. Children can learn to make their own breakfast, pack lunch and be responsible for their own assignments. And conversations about character can start even younger, Tough said. He has talked to his 3-year-old about what it means to be patient or deal with disappointment.

"Maybe it won't pay off for years," he said. But, Tough is learning a new way to steer his own parenting responses. "We have deep in our DNA the urge to shield our kids from every kind of trouble," he says. But this impulse may be the biggest roadblock to their success we unintentionally create.

AUTHOR SPEAKS ON 'HOW CHILDREN SUCCEED'

Who: Author Paul Tough will discuss his work: "How Children Succeed: Grit, Curiosity and the Hidden Power of Character."

He will also speak later the same day for parents:

Historic brewery is making a case for reusable beer bottles

How to prevent obesity in senior dogs

How to prevent obesity in senior dogs

Has the world's best coffee bean been found?

Has the world's best coffee bean been found?

Dear Miss Manners • I attended a meeting at work where a co-worker had a very embarrassing moment. I thought her recovery was remarkable, so I…

Dear Miss Manners • I am thankful for this past year’s reprieve from family travel expectations. As an introvert, I dread those expectations c…

Dear Abby: Family estrangement is hard to explain to kids

Dear Abby • I am a woman who has been through a lot. I grew up thinking my grandmother was my mother, my mother was my sister, my uncle was my…

Dear Abby • A friend of 35 years recently accused me of exposing her and her mother to COVID. She told me she thinks I did it on purpose becau…

Dear Abby • I am a 16-year-old girl, and I’m having a conflict with my mom over my car. Her car broke down and she needed to use mine, which i…

Dear Abby • There is a woman where I work who is emotionally needy. My work is autonomous, but we are in the same group, so I have to interact…

Dear Abby • I’ve been in a long-distance relationship for 2 ½ years. We are now engaged, but haven’t set a date for our wedding.

Carolyn Hax: Should grandkid help grandmother get over her anger at grandfather?

Adapted from an online discussion.

"How Children Succeed: Grit, Curiosity and the Hidden Power of Character" by Paul Tough

SUBMITTED PHOTO Mehlville High School students Katie Leicht (left) and Amanda Schultz are painting a map of the U.S. on the playground at Oakville Elementary School to earn their Girl Scout Gold Award.