Book it: Bubbles, Wendy, 'Duchess of Donuts'
0 comments
Share this
{{featured_button_text}}
1 of 3 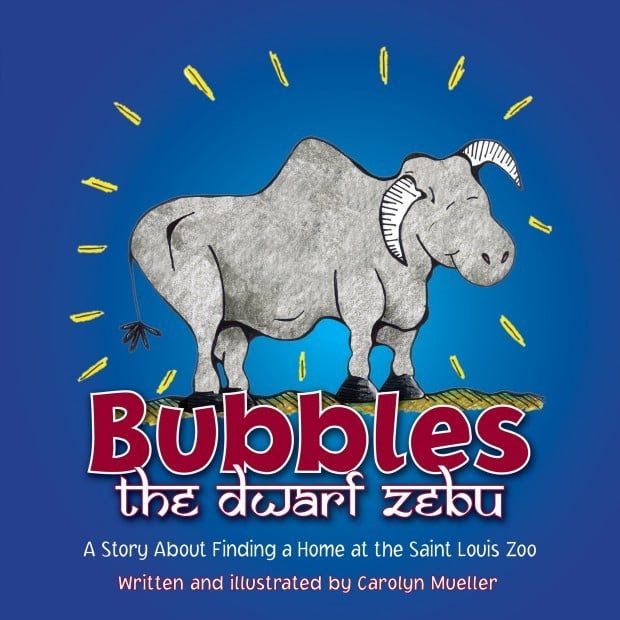 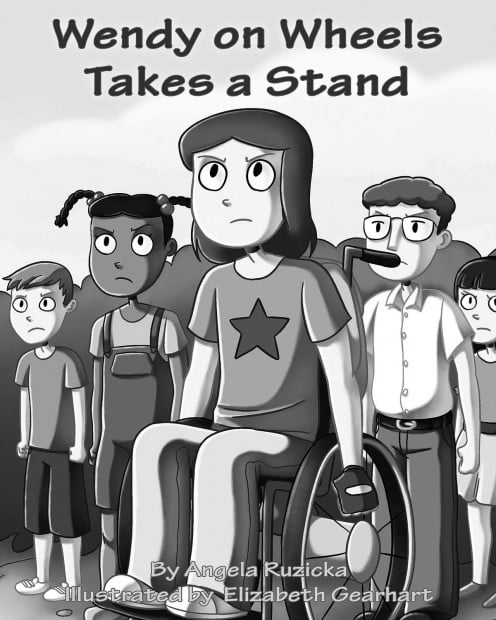 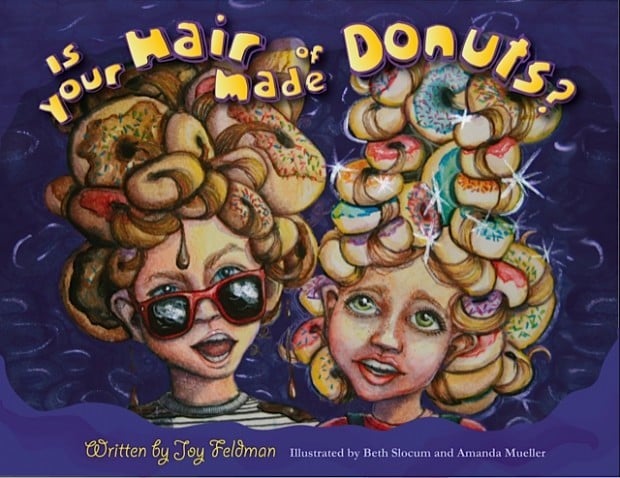 Matt and Mattie decide some snacks are better.

A trio of children’s books have direct interest with local readers. Bubbles, Wendy and a couple kids who get sick eating doughnuts bring home real-life situations.

Carolyn Mueller characterizes Bubbles, a cow brought from India to the Saint Louis Zoo, as "not the most attractive. Not with a beautiful coat, she has kind of a long neck. She’s just kind of a regular little cow."

Mueller wrote her book about the dwarf Asian cow, respected in her native land for her usefulness. However, a flap on her neck and hump on her back make her look different from American farm animals. Her move to the zoo allows her to find new friends.

Bubbles’ introduction in the book this spring expanded her celebrity beyond zoo keepers.

"It’s kind of fun to see her getting such attention," the author said.

The part-time keeper in the children’s zoo is combining two loves: teaching about the animals, plus writing and drawing. She has a degree in creative writing from DePauw University.

"Those are parts of me that I never want to ever lose," she added.

She grew up amid deer, turkeys and owls in suburban St. Louis. After working with show animals of all sizes, her zoo-wide favorites are bigger animals like lions and elephants. She began volunteering very young at the Saint Louis Zoo and its summer Camp Kangazoo, then became a counselor at camp.

"I think I have had every birthday party at the zoo. We’d bring a cake, ride the train – even when I turned 18 at lunch," she remembered fondly.

Mueller’s story about Bubbles, a unique zoo animal, touches lessons about social acceptance and diversity when an animal – or even a person – may be different. Photos contribute to the "real" knowledge.

With "so many stories there to tell," she hopes to write about more unique animals in future books, perhaps continuing them through local Reedy Press. A map of Bubbles’ adventures in the zoo is one of her favorite parts, which she suggests as a source for children’s play dates. Sadly, last fall Bubbles lost Xavier, a goat who was her friend in the book. The little cow still enjoys her other neighbors, burros Patches and Nina, eats bamboo and honeysuckle for treats, and likes to walk with keepers through the zoo.

‘Wendy on Wheels Takes a Stand’

The fourth book in the Wendy series, said author Angela Ruzicka, is more involved. It talks about bullying. Wendy is 10-year-old wheelchair user based on the author’s own sister.

"At lunch there is a big fight. Wendy was defending her friend," Ruzicka explained about the story. "She stands up for him and gets in trouble for starting the food fight." She looks at the depending plot of her characters as a challenge which teaches a shifting mind set for both those with and without disabilities.

"If something bothers you and you are angry about it, you need to think of positive solutions," she said.

Although the real Wendy was hospitalized earlier this year, the sisters plan to continue appearances at local schools this fall. Ruzicka has added her own child, a son named Drake, to the family this year, who may become a new character in future "Wendy" books.

Creating positive solutions is a goal being recognized, now that the series has increased to four books.

"When I was at an Abilities Expo in Los Angeles, people were there who had found one book, then bought the next three. One was a muscular dystrophy family. It was great that I could help them," Ruzicka said. Her most recent book includes discussion questions and the anti-bullying sign that Wendy made to take a stand.

‘Is Your Hair Made of Donuts?’

Only half laughingly, Joy Feldman wants it understood that she never let her children eat enough doughnuts to make them sick. The author was inspired to write a book that promotes healthy food choices for children when she saw what children were eating for breakfast as she walked through an airport to catch an early flight.

Her son and daughter got the message early, she said. Both love to cook.

"They get in there and taste things. When they make it, they want to eat what they make and they like it," she said. "I’m just a mother who has been cooking with her family for years." Her son, Brian, now attends law school at Washington University. When he was very young the whole family lived in St. Louis. After five years here, it was time to move again, but Feldman was very sick. Their next home was in Arizona, where she learned a process called nutritional balancing. Within a year she was returning to good health.

The story she tells is about two children, Matt and Mattie Blossom, who are never allowed to have junk food. After begging for what she called "ooey, gooey treats," their mom decides to let them experience it, They get to eat all the junk food they can gather at the supermarket. That night their stomachs hurt and they dream sickeningly of their hair oozing with chocolate and gobs of jelly.

Their mom comes up with healthier recipes, included in the book, that satisfy their craving for the sweet foods.

Feldman takes her book to schools and television, wearing statuesque headgear like the children’s saw in their dreams. Known as the Divine Duchess of Donuts, she brings along her juicer to expand children’s experience of healthy foods by sampling tasty combinations of fruits and vegetables.

"I think the education people need is to get back to basics and get back to cooking. Let simple ingredients and food taste as they should. We all watch the cooking shows and everybody puts money into redesigning their kitchens. We shouldn’t be petrified of using them. Kids are not afraid to make mistakes there," she added.

Matt and Mattie decide some snacks are better.